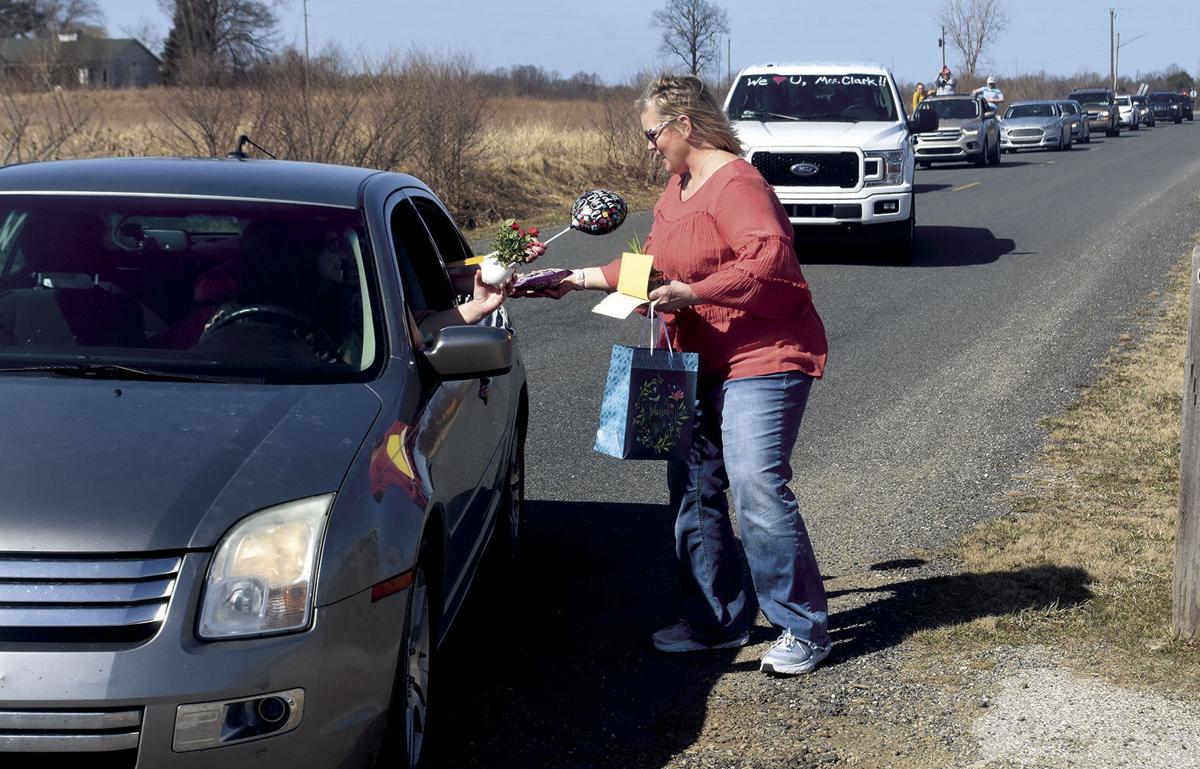 Heidi Clark greets one of those who paraded past her house on Sunday, March 21. 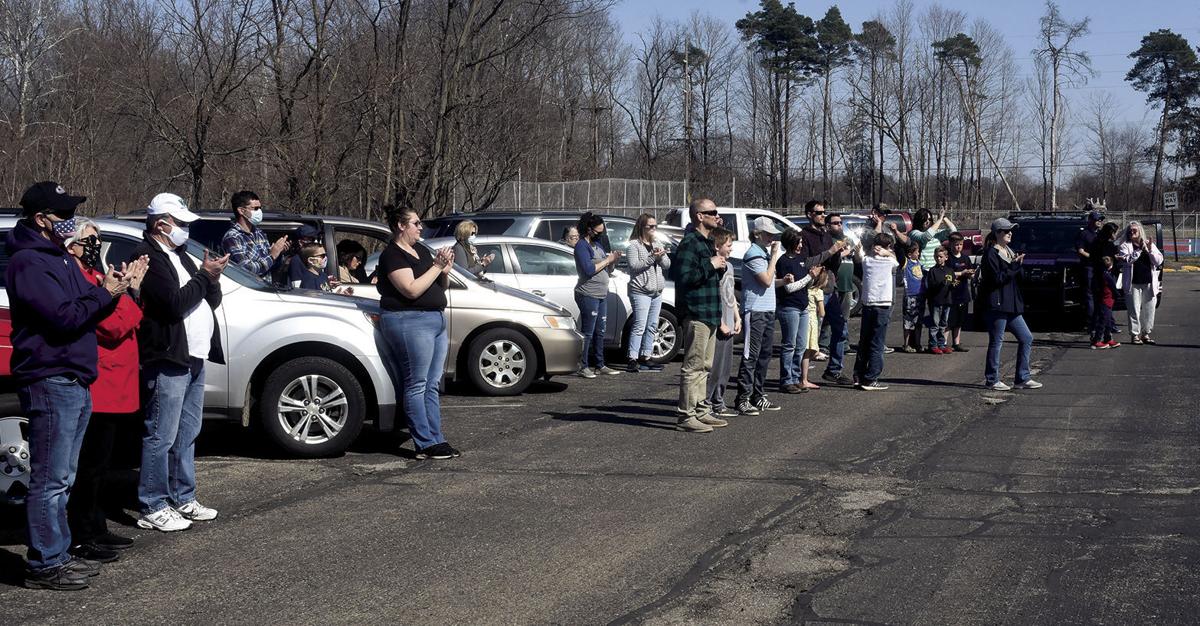 Some of those who showed up to support Heidi Clark at River Valley middle/high school on March 21 applaud a speaker.

Heidi Clark greets one of those who paraded past her house on Sunday, March 21.

Some of those who showed up to support Heidi Clark at River Valley middle/high school on March 21 applaud a speaker.

Clark has been in leave from her position as principal of Chikaming Elementary for about two months, and the River Valley district currently is in the process of conducting “a thorough investigation of allegations of misconduct and violations of board policies at the advice of legal counsel, and the forensic examination of a recorded interaction.”

Prior to heading for Clark’s house, dozens of people gathered in the River Valley High School parking lot. They were addressed by Rachel Lang, who said she goes back with Heidi Clark (and her family) to before Clark was a teacher (“We’re not blood, but I call them family.”)

She said Clark has been in the school district for over 22 years and a principal for more than 10 years, and was born and raised here.

“Many of you have kids, you’ve interacted with her, you know her character, you know Heidi Clark,” she said. “She’s honest, she’s caring.

“When it comes down to it we have to stand up and we have to say this isn’t right … and I know our support is going to mean something.”

He said when “It seemed like this was a battle that we were going to have to fight alone. It became very quickly apparent that ... we were not alone.”

Brad Clark said “this fight is not about Heidi’s job.”

“We don’t need her paycheck to survive, but this school district needs her. The children, parents that come to her for advice, the other teachers that she supports, those are the people that are suffering right now.”

He said the kids, parents and teachers are struggling “all for no reason. It really is for no reason, and that will all come out in time.”

A member of Clark’s legal team said as a trial attorney of 15 years she doesn’t believe the evidence against Heidi Clark “is going to go anywhere in a court of law” and is “certainly not sufficient to terminate someone.”

Those attending the support procession were urged to make their feelings known during the March 22 River Valley Board of Education meeting.

Among those speaking during the board meeting was Rebecca Burnett, who said “We want Mrs. Clark back at Chikaming. We want her reinstated … and we want it to happen sooner versus later.”

Erica Pinette asked how much legal representation has cost the district and where the funds are coming from.

Darrin Smith said “I simply wanted to go to the school to pick my child up, and this has brought this whole division that’s happened that I want nothing to do with, and I’ve been pulled into.”He said “people that are on this call” have been part of publicly posting his name, his son’s name and details of a court case on social media.

“I never wanted anything bad to happen to Mrs. Clark. For everybody that wants her back, I had nothing to do with that. I just asked for an apology and an explanation.”

Stacey Koziel said she encourages the reinstatement of Clark as soon as possible.

“I think this board needs to come forward quickly and release the truth to the people of our community,” she said.

Carrie Klint said she has seven kids in the district and is currently debating what to do with them for next year.

Lang said during the March 22 meeting that every one of her children had Clark as a teacher or principal and asked if it would be better to have her working in the school district while an investigation is taking place, adding that she knows members of the school board are in a tough spot.