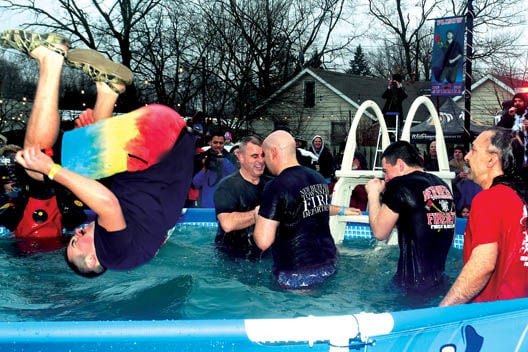 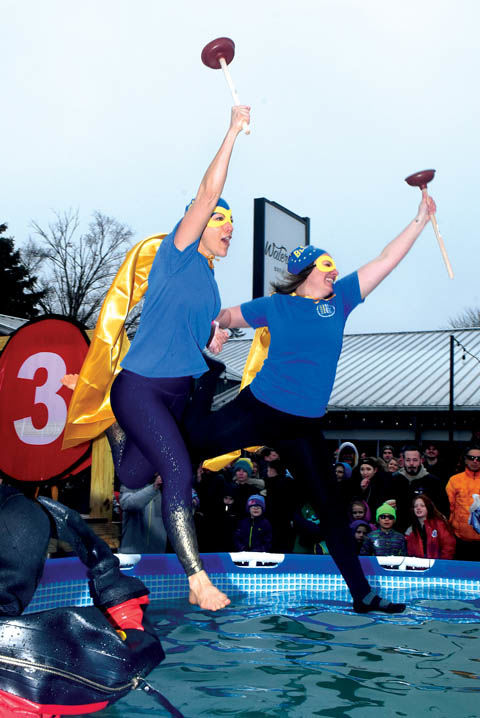 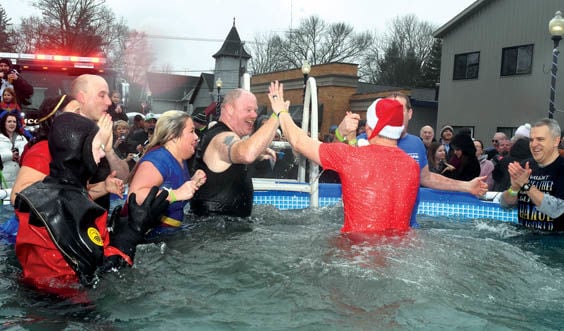 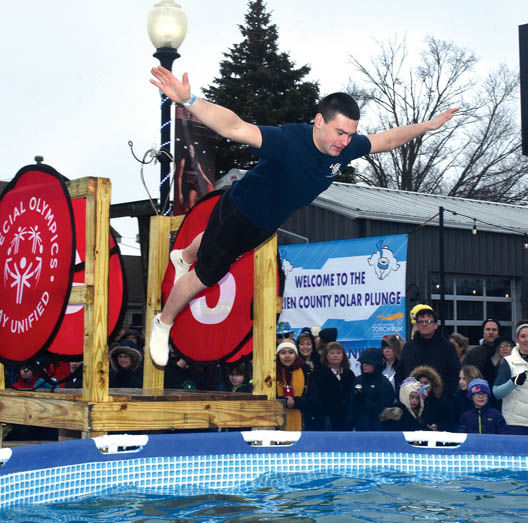 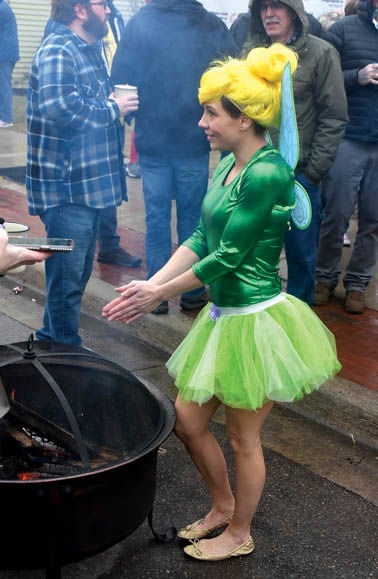 Holly Wood warms up during the Polar Plunge. She later jumped into the pool. 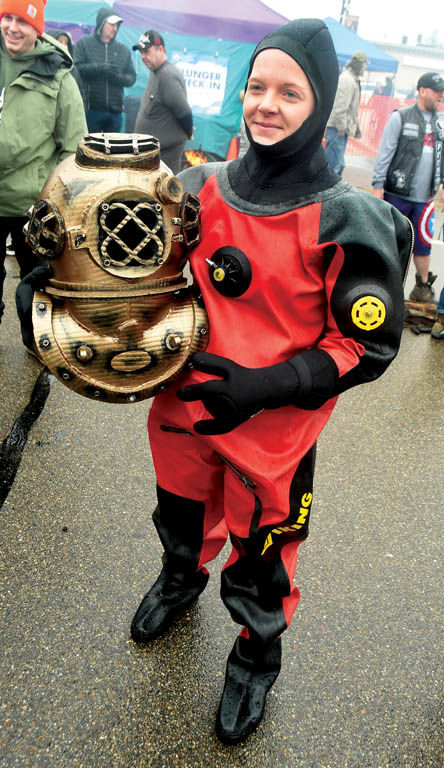 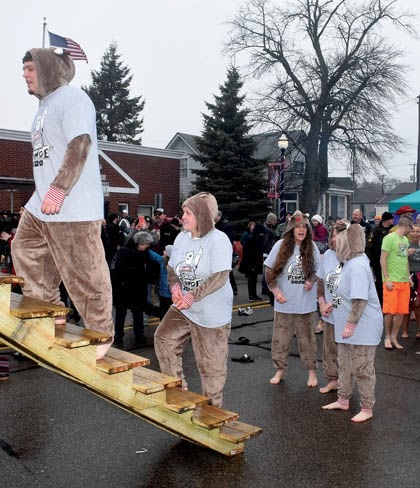 “Bears” from the Lane Automotive squad walk the proverbial plank. 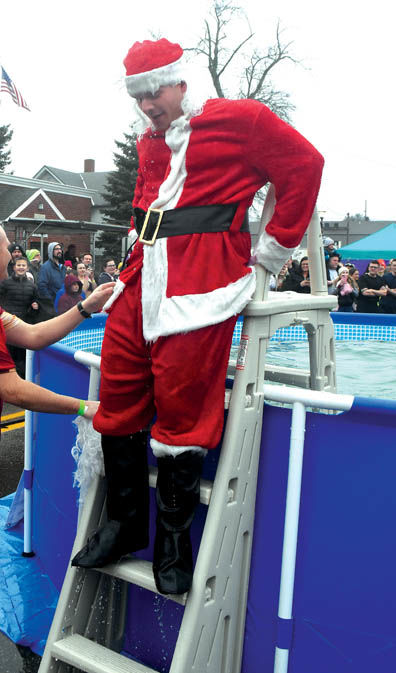 The water in the Berrien County Polar Plunge pool was chilly even for Santa Claus. 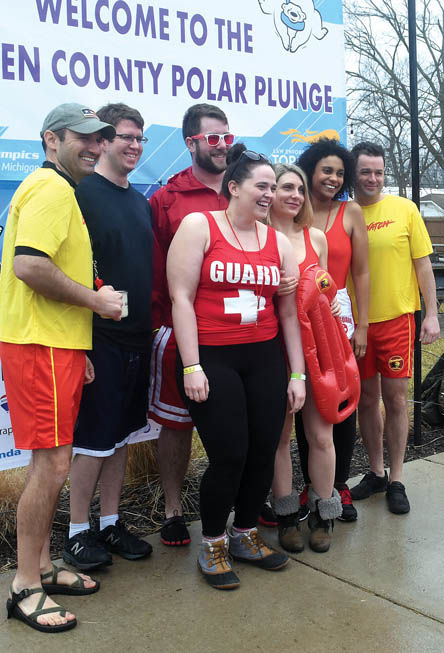 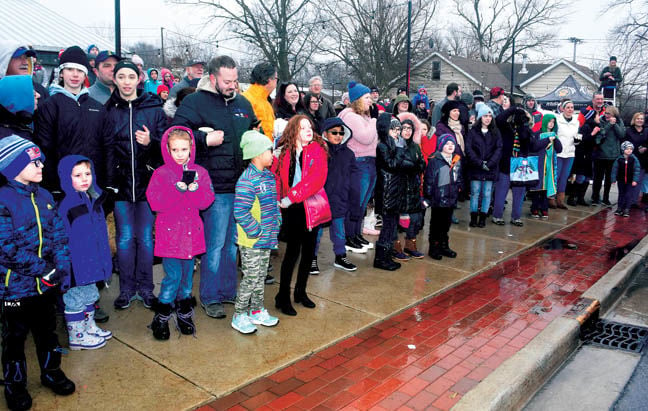 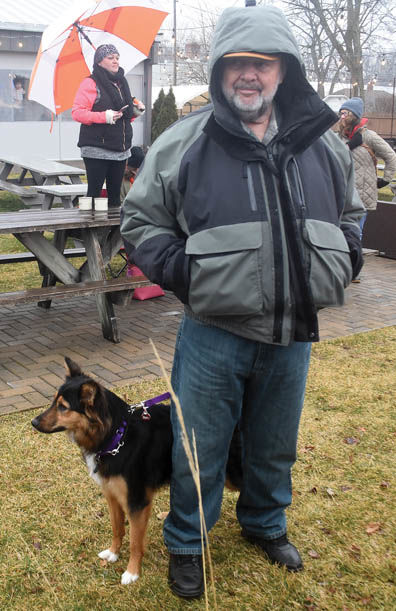 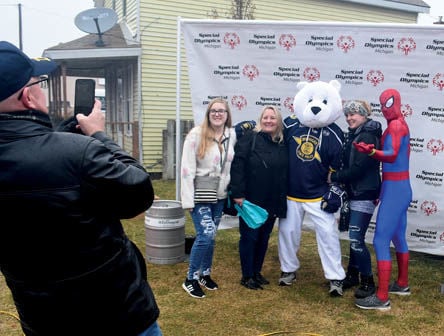 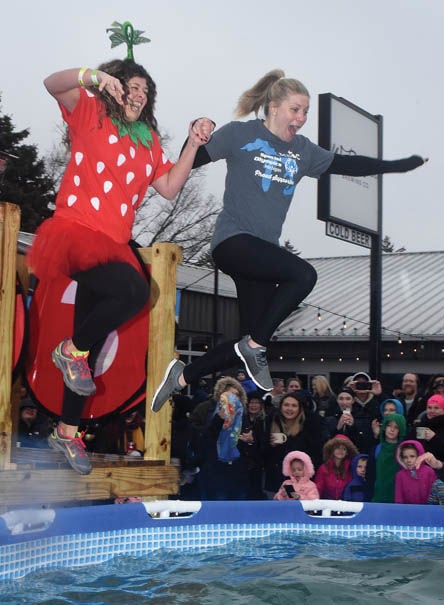 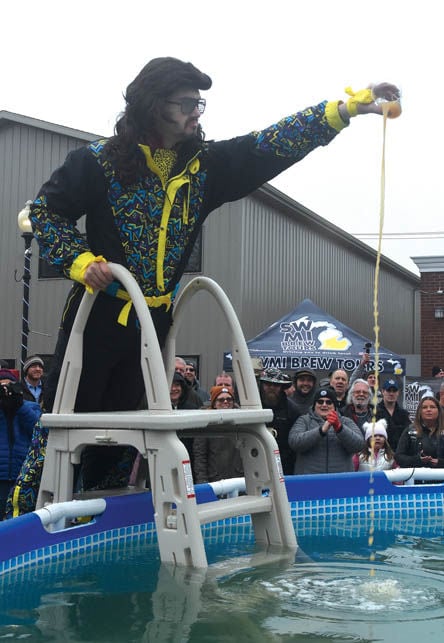 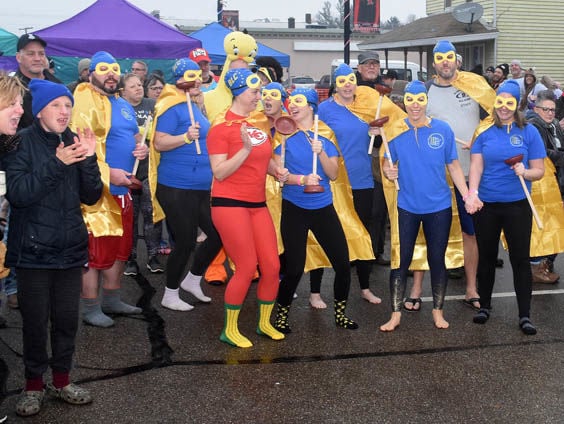 Holly Wood warms up during the Polar Plunge. She later jumped into the pool.

“Bears” from the Lane Automotive squad walk the proverbial plank.

The water in the Berrien County Polar Plunge pool was chilly even for Santa Claus.

STEVENSVILLE — Dozens of people, many of them wearing wacky costumes, jumped into a pool full of frigid water in downtown Stevensville on the afternoon of Saturday, Feb. 1.

The Berrien County Polar Plunge, a benefit for Special Olympics Michigan held in the middle of Saint Joseph Ave. at Watermark Brewing Co., raised more than $60,000 thanks to the fund-raising efforts of teams including the Berrien County Sheriff’s Department, Blossomland Learning Center and the New Buffalo Township Fire Department.

“It was fun, it was cold,” German noted.

Chief Flick said the team raised more than $2,100 (their goal was $2,000) via donations from friends, family members and people in the community.

“We did a lot of online donations,” he added.

Berrien County Undersheriff Chuck Heit was part of a Sheriif’s Department contingent that nearly filled the above-ground pool suet up in the middle of the street.

“We had seven people jumping — It’s great cause to get a little cold and wet,” Heit said, adding that the State Police and the Sheriff’s Department squads were competing to raise the most.

“The bottom line is the athletes win.”

Kristin Robbins of the Sheriff’s Department Dive Team served as an in-pool “lifeguard” during the event after being one of the first to take the plunge.

She was the only Polar Plunger to remain in the pool for any length of time, thanks to the warmth provided by her drysuit.

Pretty much everyone else made a beeline for the warming room across St. Joseph Avenue from Watermark where they could change into dry clothes.

Announcer Trent Bruce said last year’s Polar Plunge at Watermark (the first one to be held at the Stevensville brewery) raised more than $30,000 (far exceeding the $10,000 goal).

Bruce said proceeds will help Special Olympics Michigan “provide year-round training, competition and health programming to athletes at no cost to them or their families.”

“It’s been an incredible day!”

She said half of the money raised will stay with athletes in the local area.

The pool plunge portion of the event was followed by Awards and an After Splash Bash party featuring live music.

Participants raised $75 per person, to earn a 2020 Polar Plunge long-sleeve T-shirt. Going above and beyond the $75 threshold yielded more prizes.