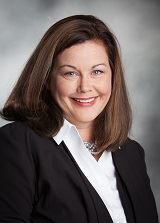 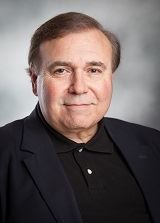 She was nominated by the current vice chair, Commissioner Ezra Scott.

“First of all, I’d like to thank the board of county commissioners for allowing me to be the vice chair for the last two years. I was very humbled,” Scott said. “But at this point and time, I would like to make a nomination to nominate Commissioner Teri Freehling for vice chair.”

When contacted after the meeting, Scott said he decided to not seek another one-year term as the vice chair because he is running for the District 5 seat in the U.S. Congress.

“She’s going to do a great job,” he said of Freehling, adding that she has been vice chair in the past. “I have a lot of confidence in her.”

Commissioner Mac Elliott remains as the chair, having been elected to the two-year position a year ago.

During the meeting, commissioners decided not to switch committee assignments.

“It seems to be working pretty well,” Elliott said. “If anyone at any time has the desire to switch and someone else wants to switch, we can always do that.”

In addition, commissioners discussed their yearly meeting calendar. They decided to continue having occasional night meetings.

Administrator Brian Dissette said holding meetings at places other than the Administration Building on Main Street in St. Joseph means they may not be able to stream them on YouTube.

Scott said he wants the board to continue to get out into the community for night meetings.

“To me, that’s more important because there is no law or statute saying that we have to stream those,” he said. “Whenever we have night meetings, we always have a large contingent of people, and I just think that we ought to keep that in mind while we’re making that decision on where we go.”

Elliott asked Freehling to talk with township supervisors to find out where the night meetings can be held.