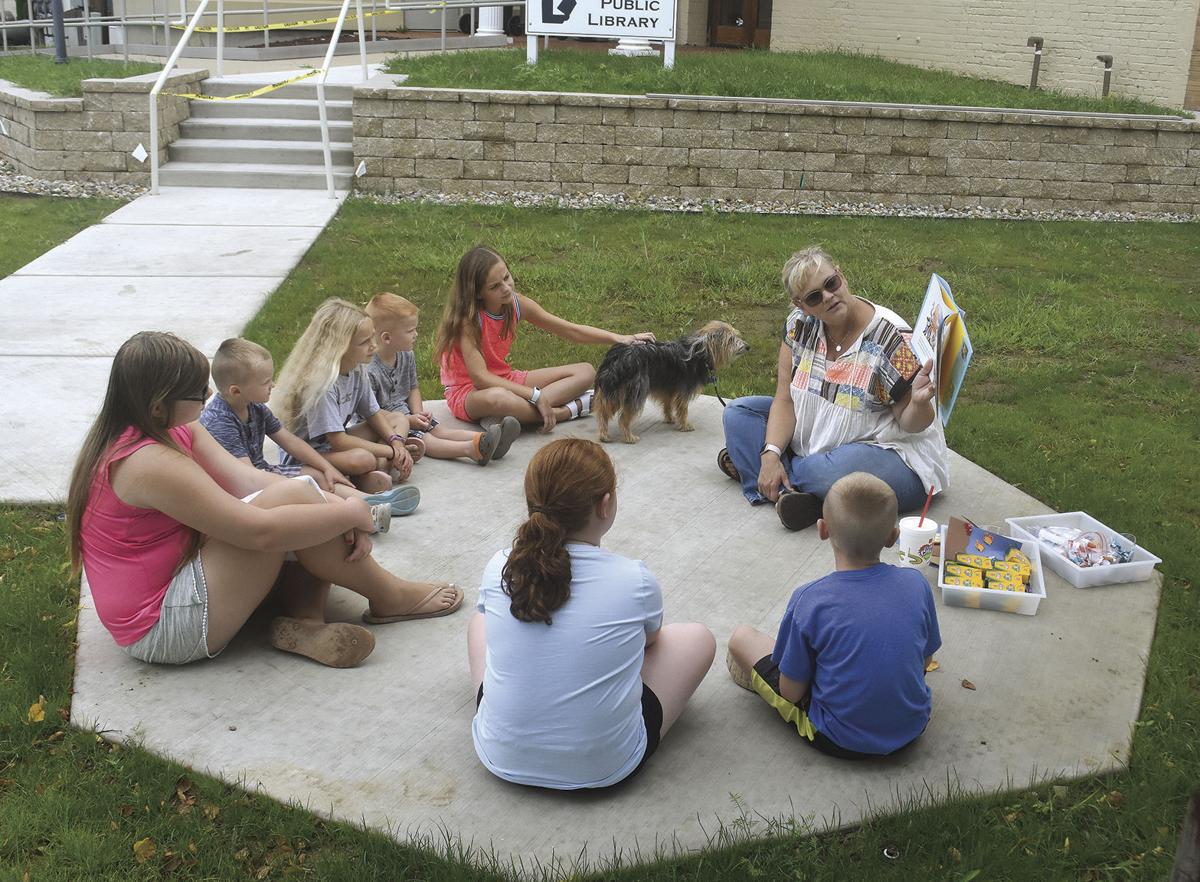 Heidi Clark reads to children on the Library Lawn next to a new parking lot at the Three Oaks Township Library on Aug. 12. 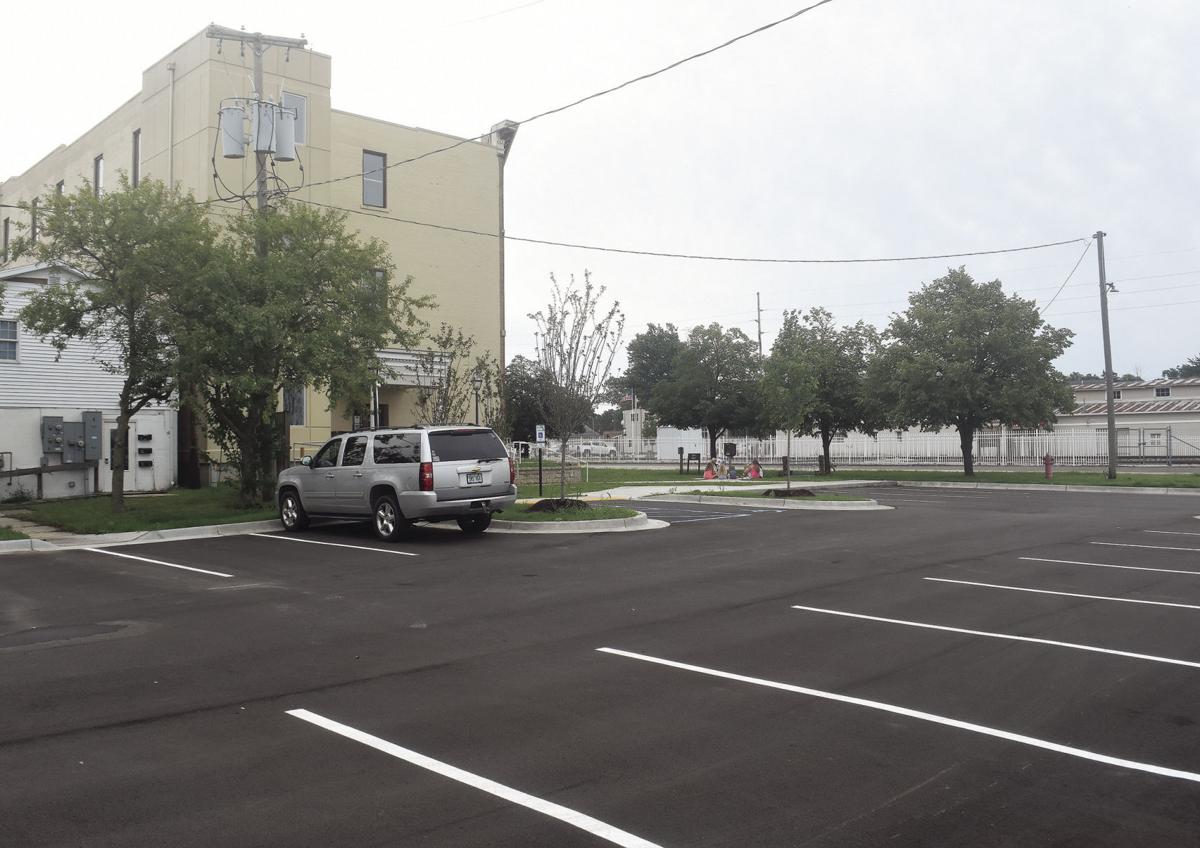 A view of the new parking lot at the Three Oaks Township Library. 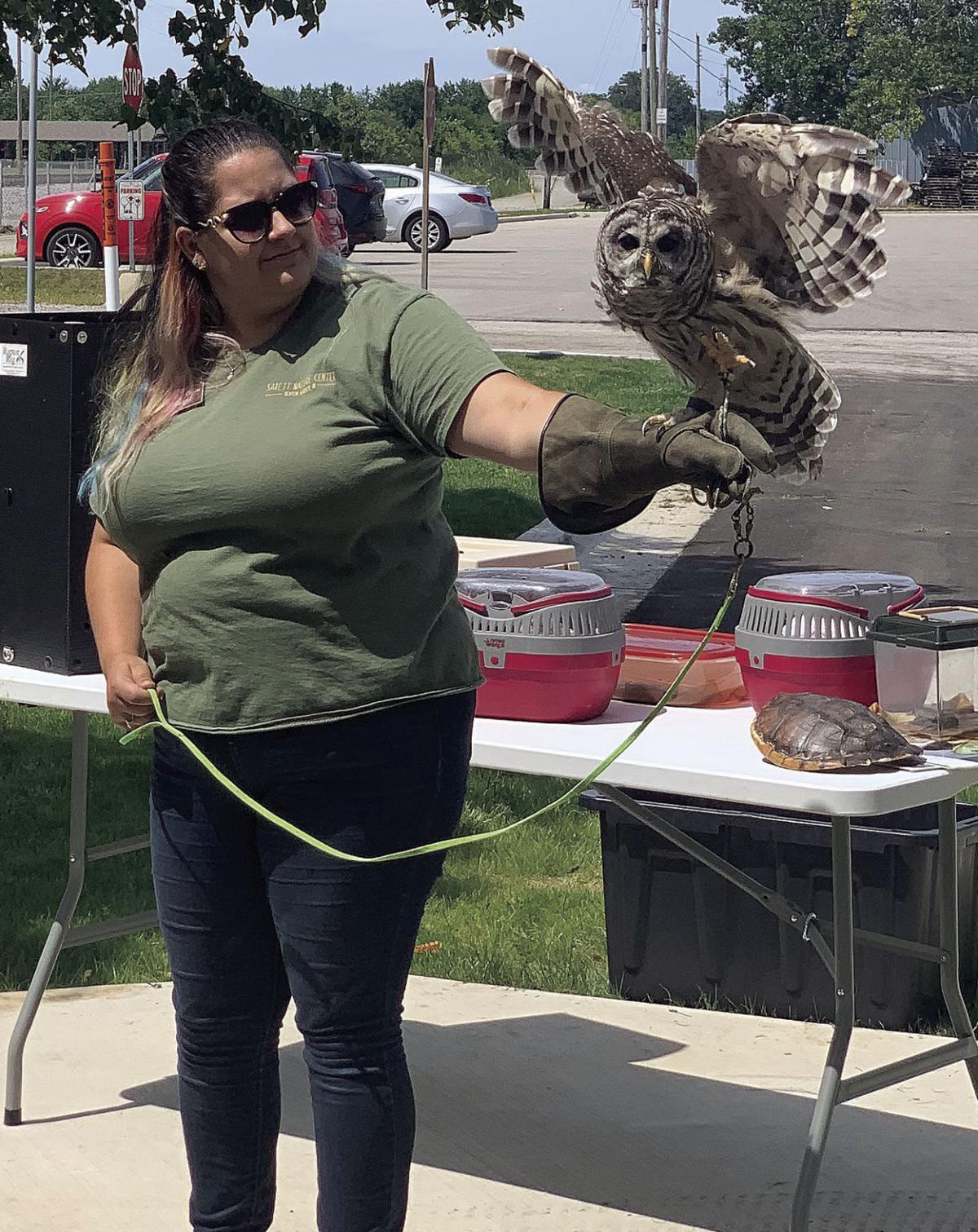 A barred owl from Sarett Nature Center spreads its wings at the Three Oaks Township Library on July 24.

Heidi Clark reads to children on the Library Lawn next to a new parking lot at the Three Oaks Township Library on Aug. 12.

A view of the new parking lot at the Three Oaks Township Library.

A barred owl from Sarett Nature Center spreads its wings at the Three Oaks Township Library on July 24.

THREE OAKS — The Three Oaks Township Library has begun to use the “Library Lawn” that is part of a nearly completed Site and Parking Lot Improvement Project while patrons have been taking advantage of the spacious new parking lot located behind the historic Warren Featherbone Building.

The octagonal cement pad where children listened to Heidi Clark (accompanied by her dog. “C.C.”) read a book and worked on a crafts project will soon be the base for a gazebo.

Kersey said a WiFi booster in the gazebo will boost the signal in the parking lot area.

“It’s hard to get our WiFi outside with the bricks,” she said.

As of Aug. 12 Kersey said the grass is still growing in around the lot, with signs designating the area as library parking, the gazebo and its electrical service expected to be in place soon. She said picnic tables also will be placed on the Library Lawn once the grass has sufficiently grown in.

On July 24 a visit (complete with animals) from the Sarett Nature Center took place at the Library Lawn.

Other 2021 Park & Read events sponsored by the library included: July 15 at Carver Park, July 22 at Dillard Park, July 29 at Dewey Cannon Park, and August 6 at Timbertown.

Kersey said the new parking lot and accompanying outdoor area was several years in the making, with the previous Library Board initiating the plan.

Some additions were made during the project, which cost about $150,000.

Kersey said a new wall between the lot and library was added when it became apparent the existing one needed to be replaced, and a sprinkler system for green areas required the installation of a new meter in the library basement.

“We’ve heard nice things about it (from the public),” she said, adding that it is the first major project since the library moved from its former location in Carver Park to the historic Warren Featherbone Building in 2000.

A grand opening ceremony and ribbon-cutting for the new parking lot/library lawn is being planned for the near future. A STEAMY Summer Saturday event is planned at the library beginning at noon Aug. 28.