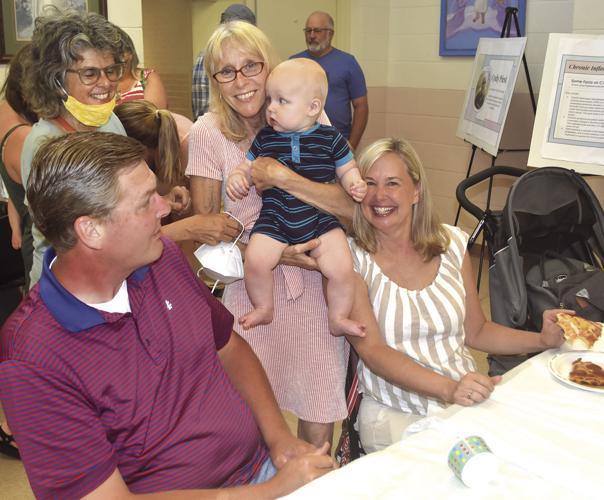 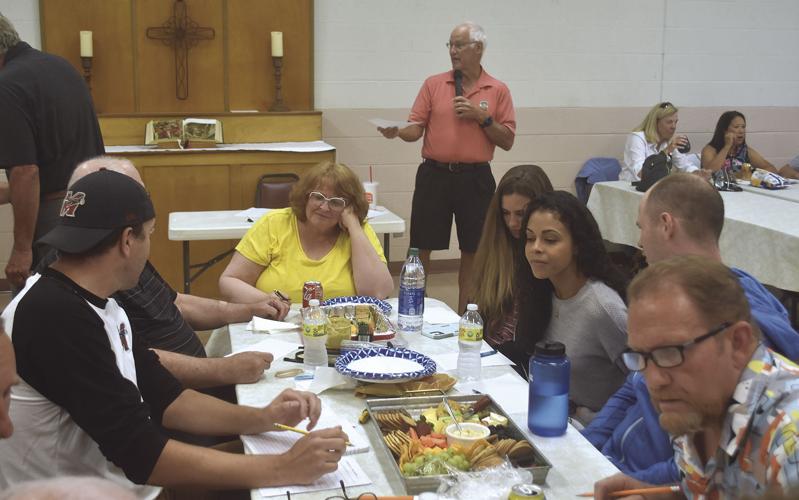 ABOVE: Ed Wendholt asks a trivia question written by his wife, Linda, during the June 17 fundraiser at Trinity Lutheran in Sawyer. 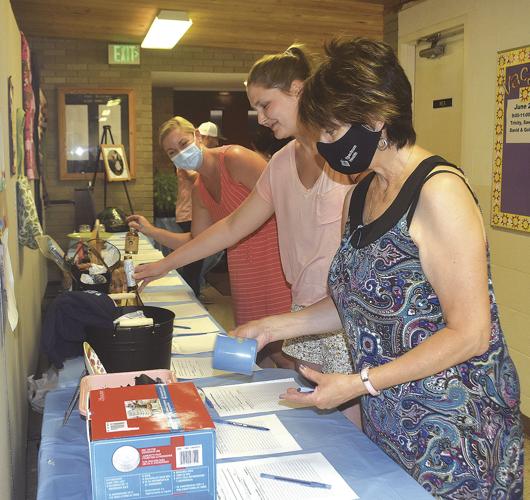 The silent auction table at the fundraiser. 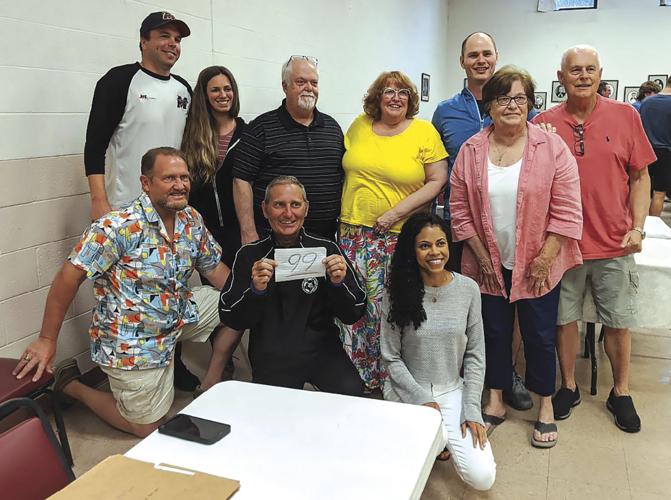 RIGHT: Members of the winning team – “95 Theses” – at the conclusion of the June 17 trivia fundraiser.

ABOVE: Ed Wendholt asks a trivia question written by his wife, Linda, during the June 17 fundraiser at Trinity Lutheran in Sawyer.

The silent auction table at the fundraiser.

RIGHT: Members of the winning team – “95 Theses” – at the conclusion of the June 17 trivia fundraiser.

SAWYER — A trivia-game fundraiser on June 17 at Trinity Lutheran Church in Sawyer raised over $10,000 to help Cyndy Priest pay for stem cell therapy in Mexico.

Cyndy has been diagnosed with Chronic Inflammatory Demyelinating Polyneuropathy (CIDP), which is an autoimmune disease similar to MS.

Thirteen teams registered to play that evening. The suggested donation was $20 per person or $200 per team. Special bidding games, a silent auction, the purchase of homemade desserts, and a 50/50 raffle were some of the additional activities that contributed to the fundraising. Money also continued to be donated after the event on Cyndy’s Go-Fund- Me page.

CIDP has affected Cyndy’s right leg and foot muscles. Walking has become increasingly more difficult for her. She is currently receiving IVIG plasma infusions and numerous immunosuppressants which are not slowing its progression. After much research and consideration, Cyndy has decided to undergo Autologous Hematopoietic Stem Cell Transplantation (aHSCT) which will be performed in Mexico by Mayo Clinic trained doctors. There have been many successful trials, while treatment is awaiting approval in the U.S.

Trivia questions were delivered by Ed and Linda Wendholt, who are experienced trivia gaming facilitators.

To make a donation, visit https://www.gofundme.com/f/help-cyndy-stay-mobile -stem-cell-transplant or contact Jaquie at 269-932-8700.