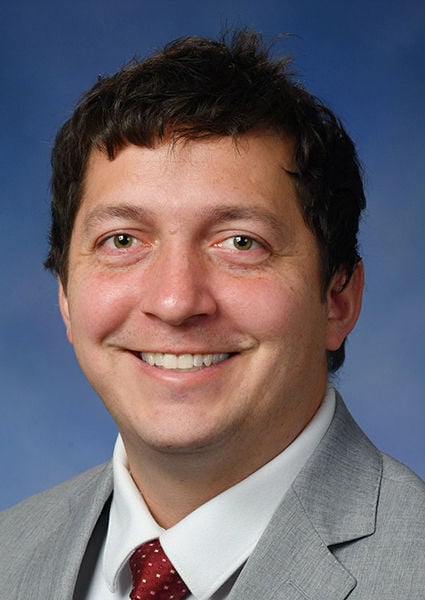 Carra, R-Three Rivers, said he learned of the endorsement Friday and spoke with Trump minutes before it was announced this week.

“(Trump) wants to see a true, conservative, proven fighter in Washington and knows that Upton isn’t it,” Carra told The Herald-Palladium on Wednesday.

Upton, R-St. Joseph, was one of 10 Republican representatives who voted to impeach Trump in January.

Carra is a first-term representative in the Michigan State Legislature. According to his campaign website, he graduated from Western Michigan University, worked as a research assistant at the Acton Institute and then was on State Rep. Steve Johnson’s staff for three years.

Trump made the announcement through a spokesperson Tuesday.

“It is my great honor to endorse Michigan State Representative Steve Carra to oppose RINO (Republican in name only) Congressman Fred Upton,” Trump said in the statement. “Upton has not done the job that our country needs, for years has talked about leaving office and not running again, and he voted for impeachment of the president of the United States on rigged up charges.”

Carra describes himself as the “pro-Trump” candidate on his website and campaign materials. Carra told The HP that Upton cares more about corporations than constituents. His website sells T-shirts that equate Upton’s name with a rhino emoji, insinuating the incumbent is a RINO.

“Fred is the second-most liberal Republican in Congress, and I don’t see much difference between him and Nancy Pelosi,” Carra said.

His campaign, he said, is about letting the free market operate without government interference, upending the Washington status quo and resisting recent COVID-related shutdowns.

During his tenure in the state Legislature, Carra introduced a bill to conduct a forensic audit of the 2020 presidential election.

“Whether President Trump and I agree on 100 percent of the issues or not, what we do know for sure is the establishment and the status quo are not going to save our country,” Carra said. “We need people who are principled and willing to fight.”

Four other challengers have announced their intentions to run in the Republican primary, including Berrien County Commissioner Ezra Scott.

“With his endorsement, he’s trying to clear the field,” Fuerst said.

Upton’s office put out a statement Tuesday, emphasizing the incumbent’s focus on getting solutions for his district’s constituents.

“Fred is always going to do right by the folks of Southwest Michigan,” Fuerst said. “No. 1, when he’s looking at legislation, is it good for the people back home?”

Carra said Trump was the first presidential candidate he voted for enthusiastically, excitement that only increased, he said, when he voted for Trump again in 2020.

During the 2016 Michigan primaries, Carra posted on Facebook that he was skeptical of Trump’s candidacy. In it, he ranked then presidential candidates Ted Cruz and John Kasich above Trump.

“I’m confident (Trump) will challenge the system, but not always for the better, and not always,” Carra wrote in 2016. “He’s in it for himself and his own ego if you ask me.”

After the primary, Carra said he united behind the party candidate, then advocating for him following his 2016 victory.

“I think it’s insulting when Republicans like Fred Upton and other status quo, establishment Republicans try to tell us that we need to unite behind their chosen establishment candidate,” Carra said Wednesday. “And then once we actually have a grassroots candidate who wins and somebody who’s not part of the establishment, they turn on him.”

Upton, 68, is serving his 18th consecutive term. He was first elected to Congress in 1986.

Michigan’s 6th District – which has been a Republican stronghold for decades – includes all of Berrien, Cass, Kalamazoo, St. Joseph and Van Buren counties and most of Allegan County.

However, the state’s redistricting commission is in the process or redrawing boundaries after Michigan lost a seat in the U.S. House.