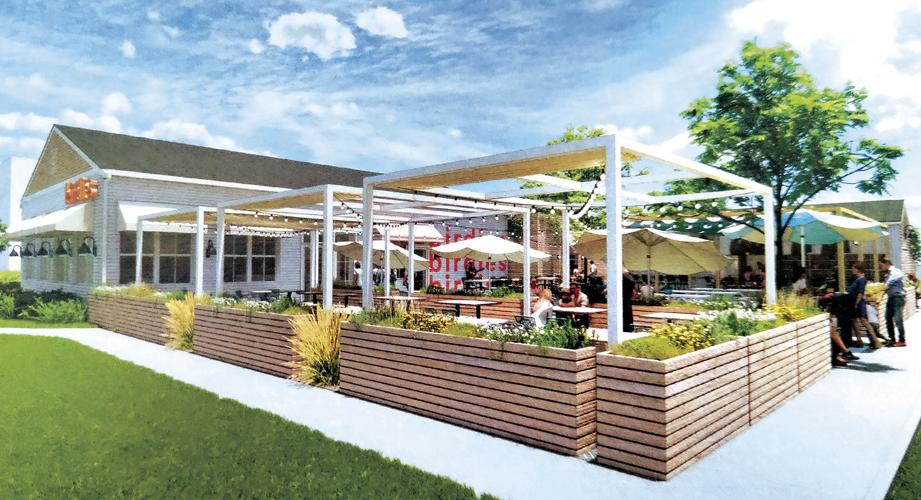 A rendering of the Birdies Restaurant & Bar proposed for the corner of North Whittaker and Mechanic streets in New Buffalo. 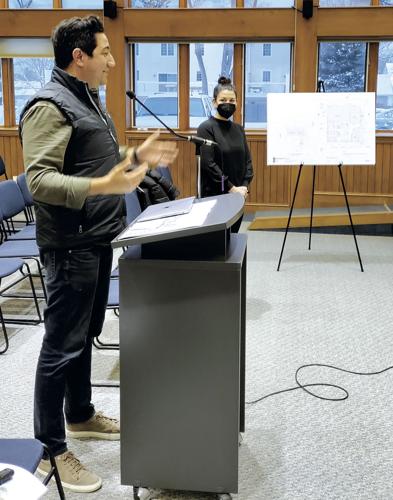 Ben Holland and Julie Fisher present the plans for Birdies Restaurant & Bar to members of the New Buffalo Zoning Board of Appeals on Jan. 20. 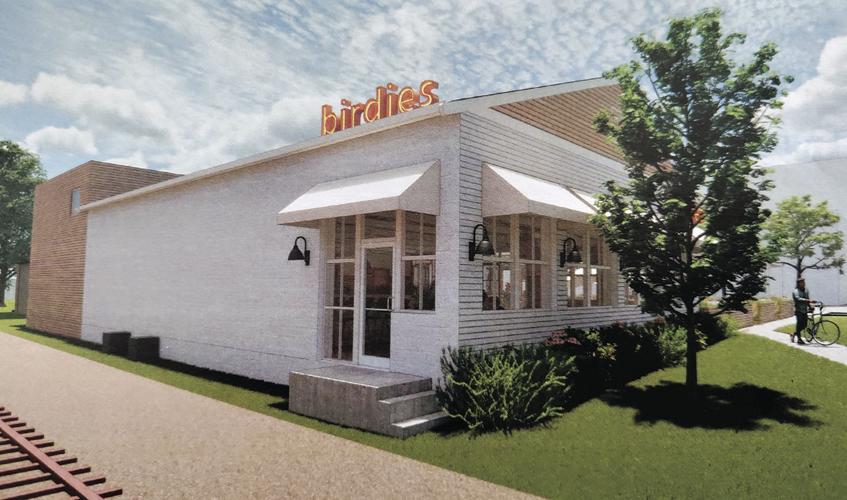 A view of the Birdies rendering from the railroad tracks. 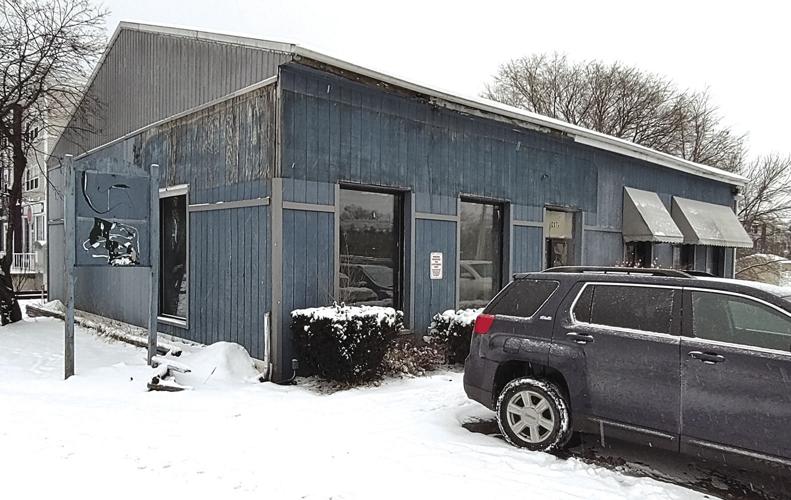 The vacant building at 207 North Whittaker St. where the Birdies Restaurant & Bar is proposed.

A rendering of the Birdies Restaurant & Bar proposed for the corner of North Whittaker and Mechanic streets in New Buffalo.

Ben Holland and Julie Fisher present the plans for Birdies Restaurant & Bar to members of the New Buffalo Zoning Board of Appeals on Jan. 20.

A view of the Birdies rendering from the railroad tracks.

The vacant building at 207 North Whittaker St. where the Birdies Restaurant & Bar is proposed.

NEW BUFFALO — The New Buffalo Zoning Board of Appeals (ZBA) on Jan. 20 enthusiastically approved a variance to allow a one-foot east side yard setback for a proposed addition to a building at 207 North Whittaker St. where the new Birdies Restaurant & Bar is planned.

“I love New Buffalo,” said said property owner Ben Holland, adding that he spent all of his summers in the community as a kid (showing ZBA members a front-page newspaper photo of himself as a Michiana Day Camper) and he also got married in New Buffalo.

“I think New Buffalo is such a great spot, it’s created so many great memories for me,” he said.

Holland said he has long seen the “key corner in town” of North Whittaker and Mechanic streets where he is proposing the Birdies Restaurant & Bar (the moniker Birdies New Buffalo also is being considered) as under-utilized. When he graduated from college in 2008, Holland said he asked about renting the portion of the building which at the time was home to a Subway sandwich shop.

“I was going to rally up all my friends who were struggling to get jobs out of college and we were going to just like set up a shop and try to work here for the summer’” he said.

Since then Holland said he has kept a folder on the potential for a project at the site.

“It’s been a dream to try to make this happen one day,” he said.

Holland, who said he has worked in investments his whole career, obtained the property when it became available and began figuring out what to put there.

Holland said he has been asking people in town “what do you want on this corner?’

“Everybody that I talked to wants a restaurant on this corner,” he noted. “It would easy for me to turn it into condos or whatever. This is a passion project … This is my dream.”

As for the name of the restaurant and bar proposed for the site, the avid birdwatcher said he calls his twin daughters “my little birdies.”

Julie Fisher of FC Studio (the project’s architect and designer, with more than 20 years of hospitality experience) said the plan is to have seating for 91 patrons inside (78 in booths and 13 barstools) along with up to 160 seats outside (over 90 of them fixed) as part of a “vibrant bar and seating area.” She said the pavers in the outdoor seating area (currently a paved parking lot) will include pervious pavers to improve drainage.

Holland said Fisher and his builder, Ben Neuberg , have ties to the area.

“Let’s try to make something that’s approachable, comfortable, a little bit fun, you can have a glass of wine, maybe there can be some live music, maybe you can sit by a fire pit,” he said, adding that he plans to make the look of the restaurant a more lush with natural greenery than it looks in current renderings.

Holland said he plans to hire a management team to run the restaurant (his first) so it can be open year-round, adding that hopefully it won’t be his last investment in the community.

The ZBA’s Jan. 30 action involved approving a one-foot setback on the east side of the property where an addition to the existing structure is planned to accommodate a full-size commercial-grade kitchen and a separate space for coolers/freezers that extends out further (projected to come within two feet, ten inches of the property line). The property to the east is undeveloped and Holland said he is in the process of trying to acquire it.

Holland said the current building, former home to Subway and a Keller-Williams Realty office, will be “completely gutted” and used for the inside of the restaurant and bath rooms (with plenty of windows added). He noted that the entrance will come off Mechanic Street, and the goal for opening day is sometime in April of 2023.

City Manager Darwin Watson said an existing three-foot setback for the back of the existing building (facing the railroad tracks) will be extended to the kitchen addition without any ZBA action needed.

“I think you did a beautiful job,” commented Smith after the vote.

The next step for the Birdies Restaurant & Bar proposal is to present the site plan to the New Buffalo City Planning Commission for review and approval.