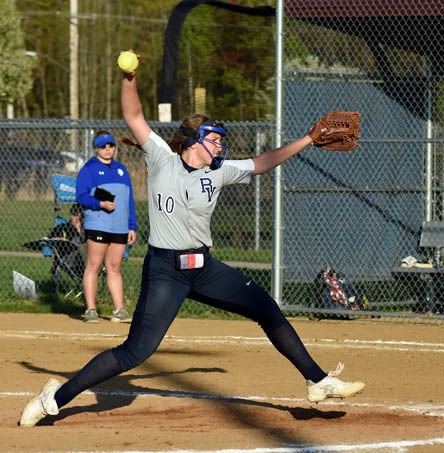 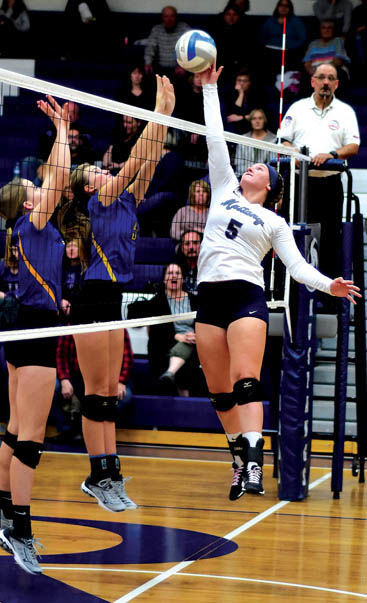 Among the Class D scholarship recipients is Emma Springer, a senior at River Valley High School.

One of the requirements for Scholar-Athlete Award applicants was to produce an essay on the importance of sportsmanship in educational athletics.

Springer said she wrote about how people from the school and the larger community including rival teams offered support after classmate David Hicks passed away after a brave battle with cancer.

An essay quote supplied by the MHSAA follows: “What the River Valley community learned in its time of grieving is that sportsmanship can be so much more than an interaction between two people, or even two teams. Sometimes sportsmanship is displayed by multiple teams and countless individuals over two years and comes from those you least expect.”

She also ran cross country as a sophomore.

Springer has earned all-state honors in softball and all-league recognition in both volleyball and basketball, and was part of teams receiving academic all-state recognition in basketball and softball. She has helped the Mustang softball team to league and district titles her first three seasons and has served as captain of all three teams.

She also has served or is serving as class president, National Honor Society chapter president, Varsity Club president, Interact Club founder and president, Spanish Club officer and vice president of student congress. Springer has participated in various volunteer efforts over all four years of high school, and also in school’s peer-to-peer program as a junior.

She plans to attend Calvin University and study Kkinesiology and Spanish with aspirations of obtaining a doctorate in physical therapy.

Farm Bureau Insurance, in its 31st year of sponsoring the award, will give $1,000 college scholarships to 32 individuals who represent their member schools in at least one sport in which the Association sponsors a postseason tournament. The first 30 scholarships are awarded proportionately by school classification and the number of student-athletes involved in those classes; also, there are two at-large honorees who can come from any classification.

Students applying for the Scholar-Athlete Award must be carrying at least a 3.5 (on a 4.0 scale) grade-point average and have previously won a letter in a varsity sport in which the Michigan High School Athletic Association sponsors a postseason tournament. Other requirements for the applicants were to show active participation in other school and community activities and produce an essay on the importance of sportsmanship in educational athletics.

Each of the scholarship recipients will be honored at a halftime ceremony during the Division 3 Boys Basketball Final, March 28, at the Breslin Student Events Center in East Lansing. Commemorative medallions will be given to the finalists in recognition of their accomplishments.