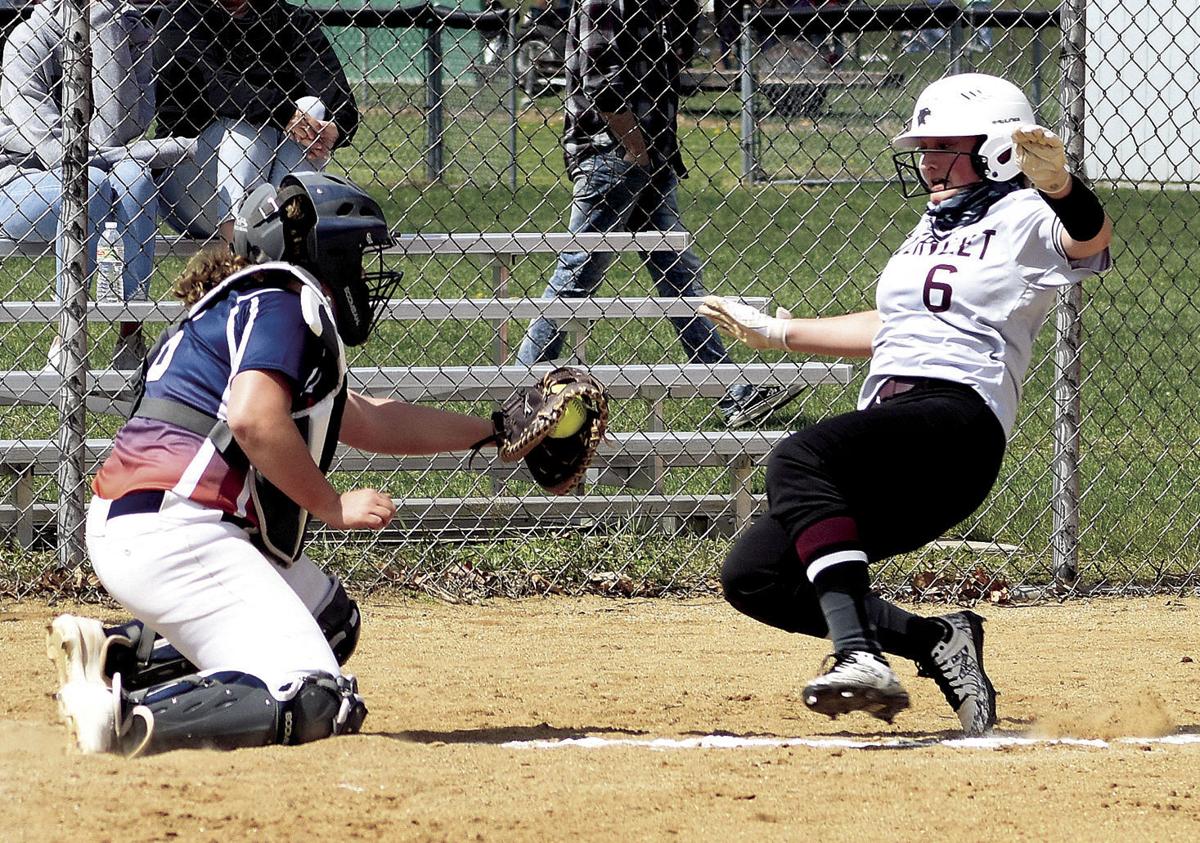 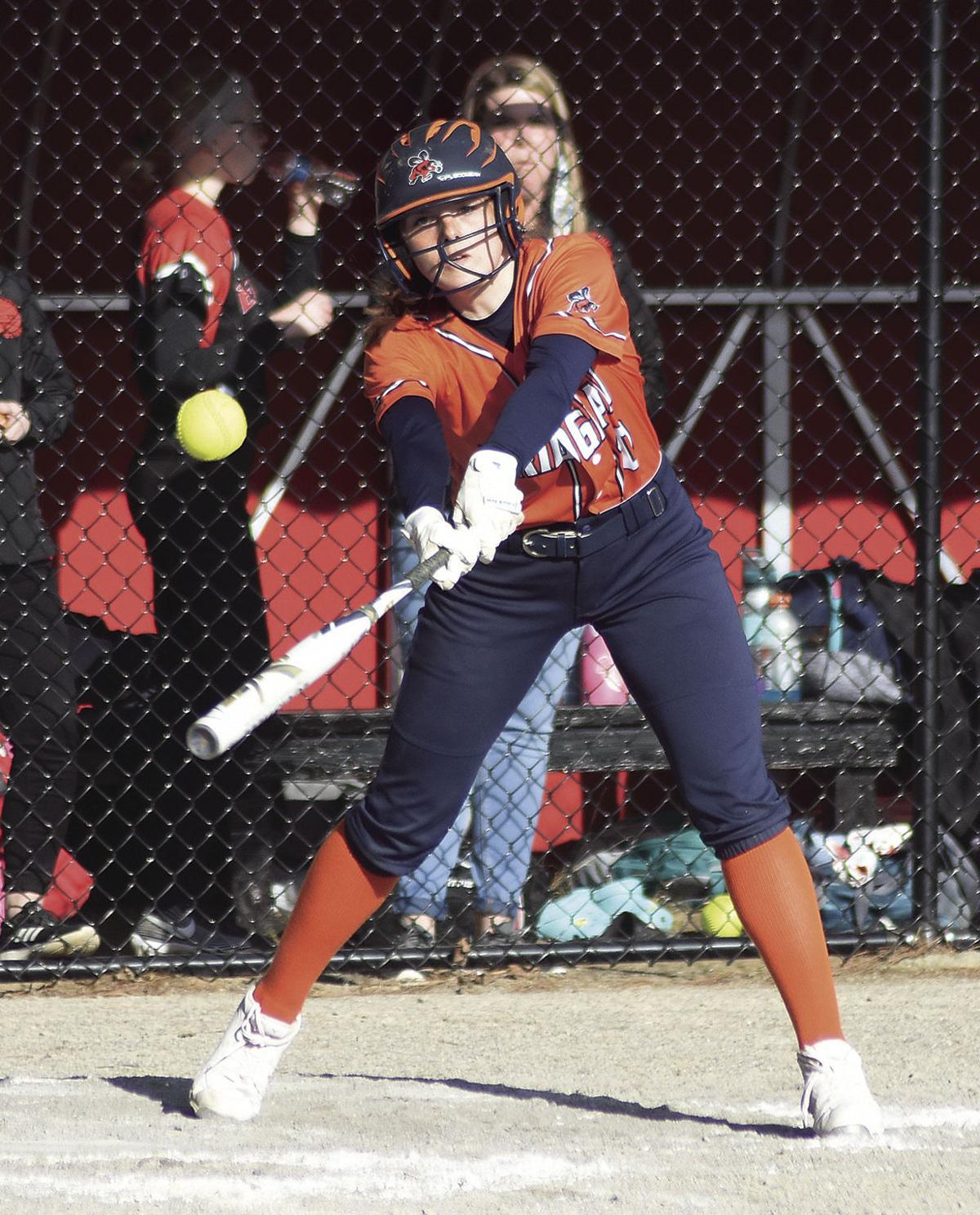 Kaylee Shuler puts the ball in play for Bridgman during a game against Howardsville. 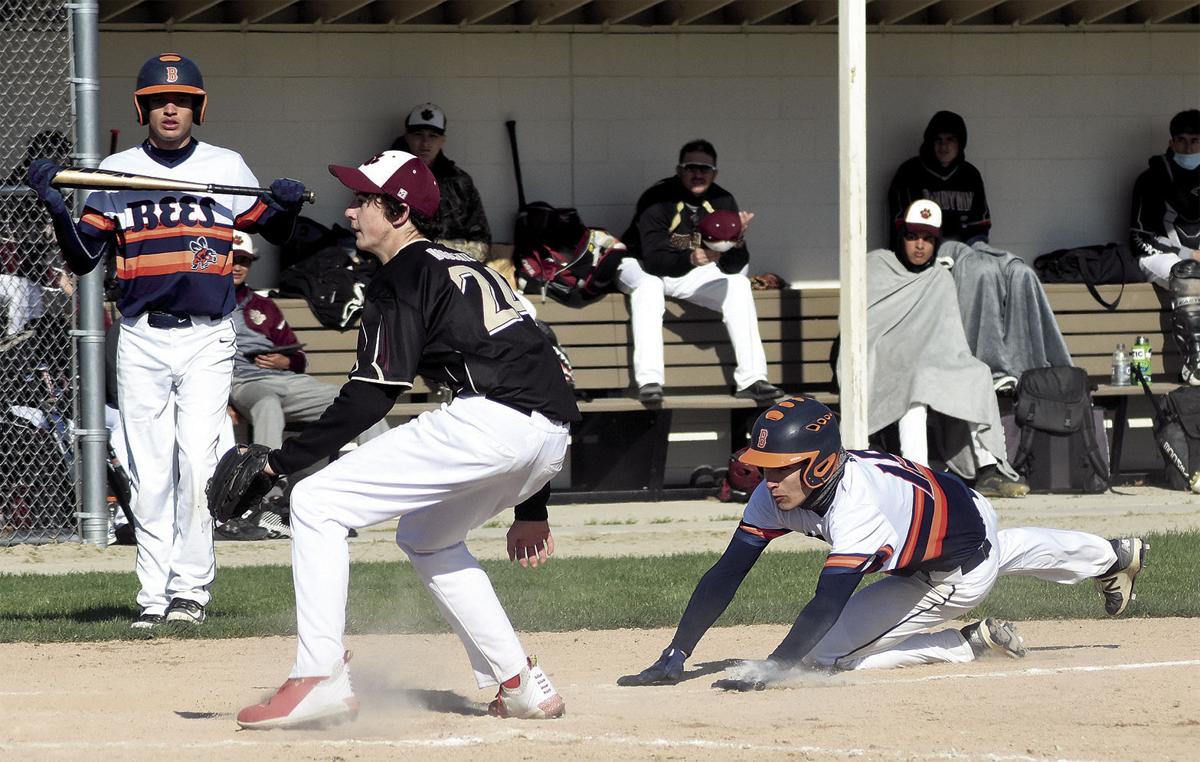 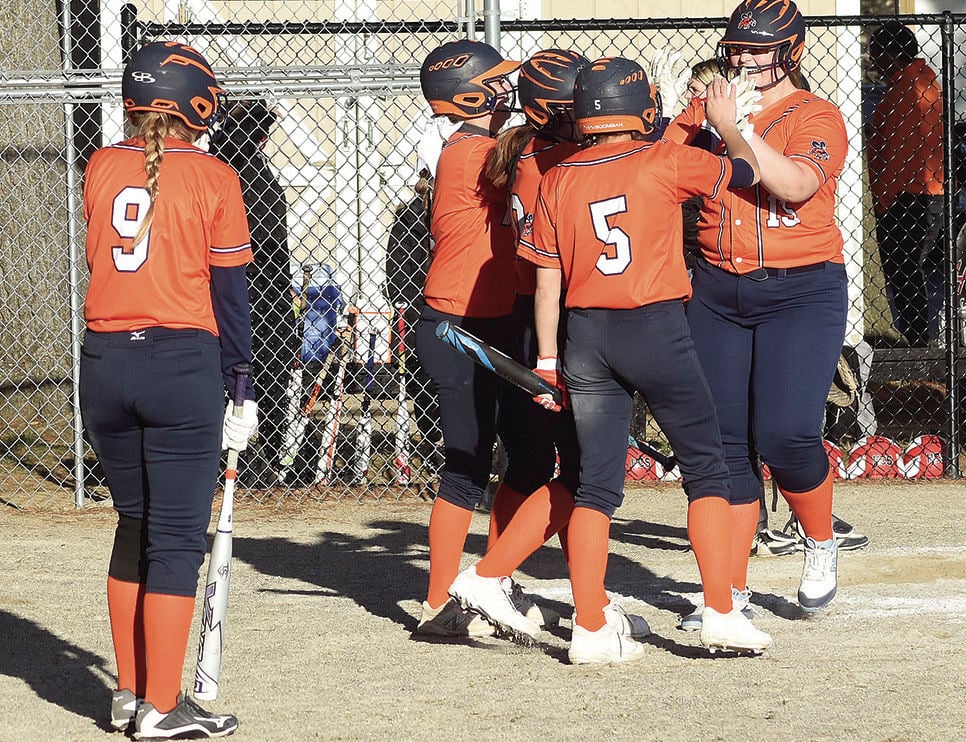 Bridgman players celebrate a home run at Howardsville on April 16. 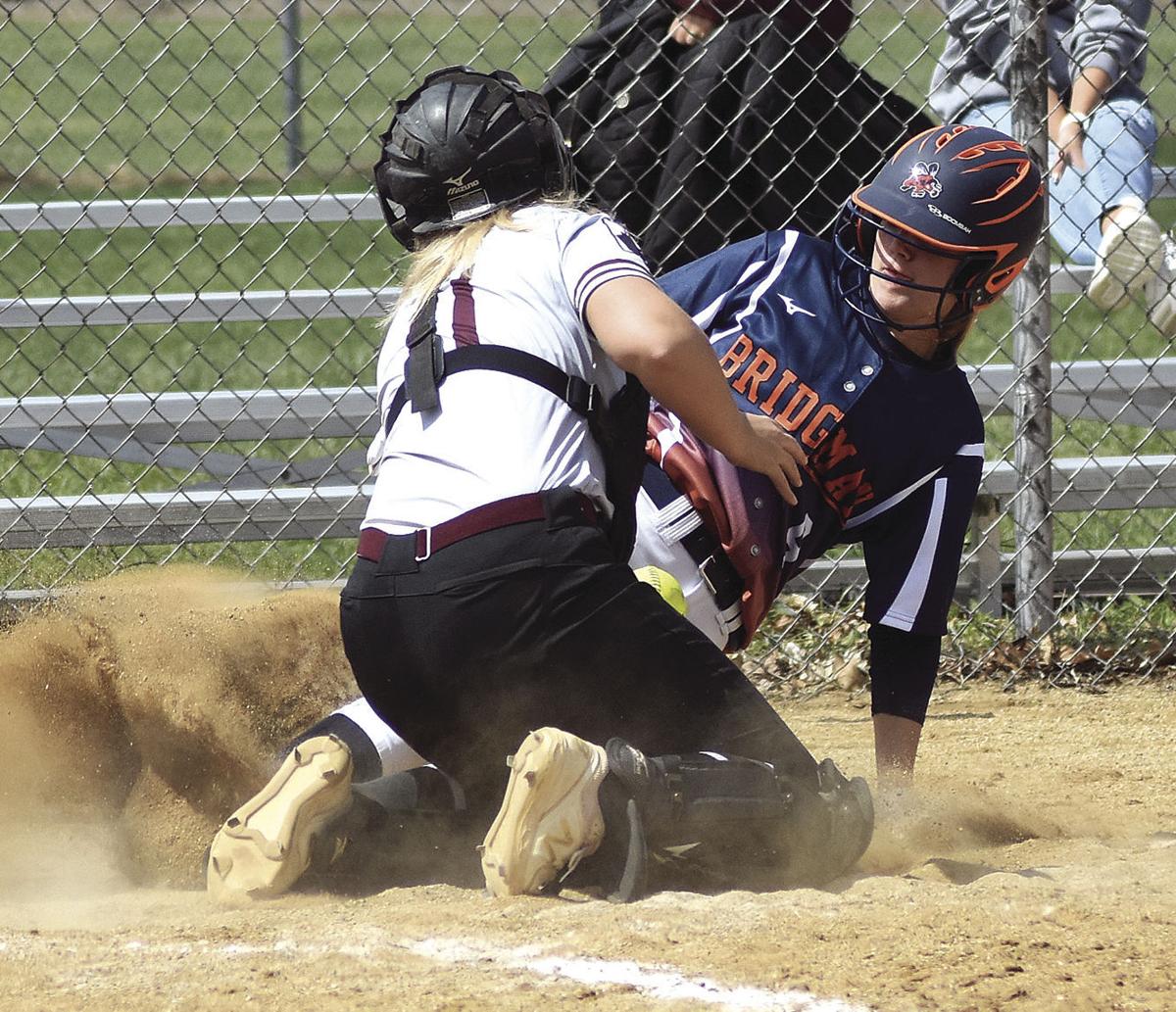 Haley Kanous (right) of Bridgman slides into home plate against Watervliet on April 17. 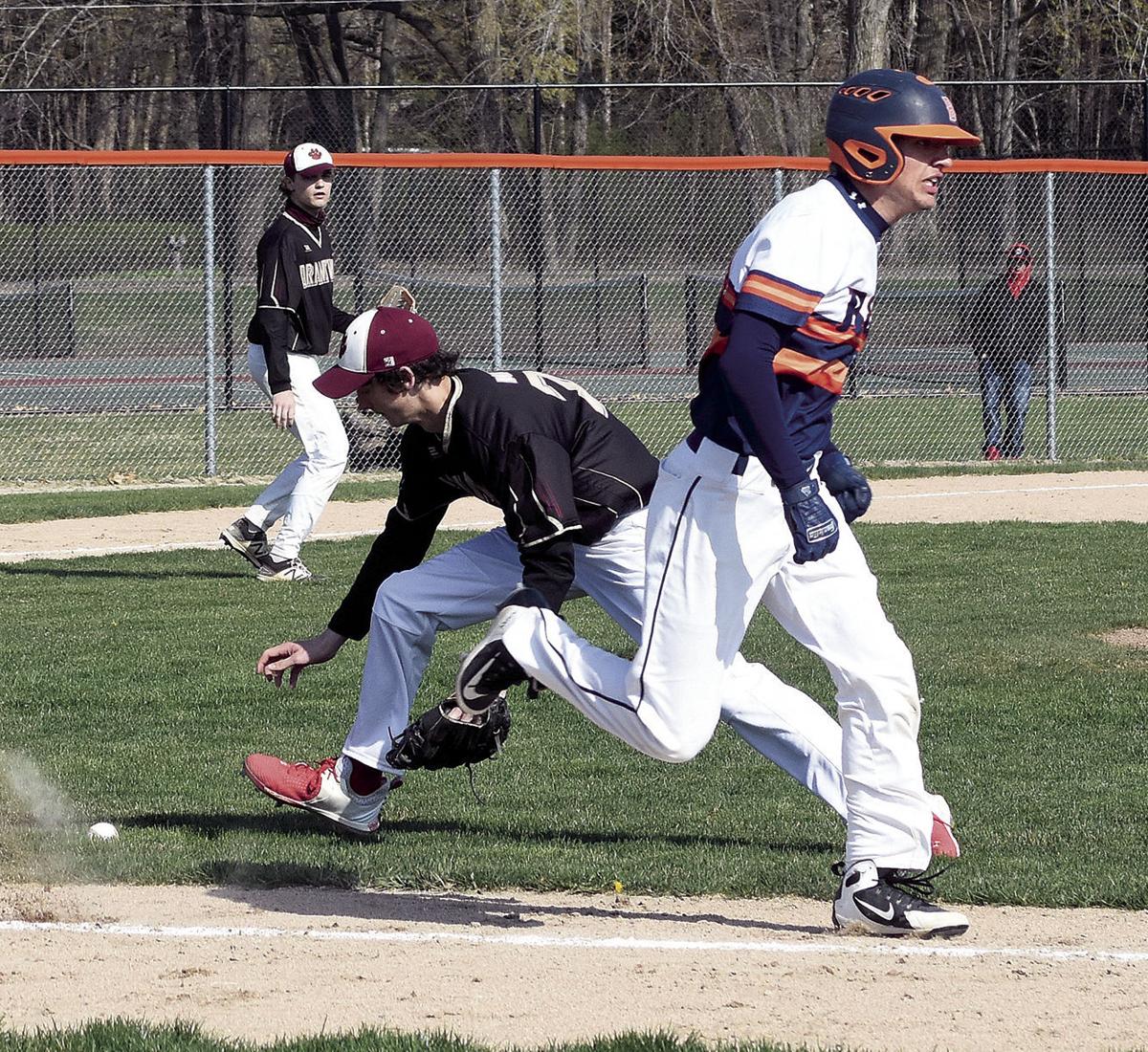 Kaylee Shuler puts the ball in play for Bridgman during a game against Howardsville.

Bridgman players celebrate a home run at Howardsville on April 16.

Haley Kanous (right) of Bridgman slides into home plate against Watervliet on April 17.

“The girls came out hitting and attacking the ball, staying off the bad pitches,” said Bee coach Elaine Starbuck.”They did a great job playing together, communicating.”

Bridgman jumped out to a 3-0 first-inning lead against Niles on April 17 as Arie Hackett tripled, Kaylee Shuler had a run scoring single, Natalie McNeil was hit by a pitch, Hannah Johnson put the ball in play for a run-yielding error, and Bri Russell stroked an RBI single.

The Bees scored six times in the third frame. Johnson, Russell and Emme Slavens all singled to load the bases, Elise Schmaltz doubled in two runs, Peyton Oman singled in another, Hackett smacked a two-run double, and McNeil had a run-scoring single.

Bridgman scored six times in the second inning against Watervliet as Johnson and Russell doubled ahead of Slavens’ home run, Haylee Kanous cleared the fence to make it 4-0, Schmaltz walked, Hackett hit to right field for an RBI, and Shuler swatted a run-scoring double.

The Bees tacked on two more in the third. Russell singled, Kanous was hit by a pitch, and Schmaltz drove both runs in with a double.

The Panthers got both of their runs in the top of the fourth on a home run by Abby Whorton.

Schmaltz went yard for Bridgman in the fifth inning to complete the scoring.

“We had very good bats today.”

McNeil went seven innings, allowing six hits and one walk while striking out 11.

The Bees out-slugged Paw Paw in the final game of the day.

Bridgman scored three times in the top of the first as Hackett and Oman singled and Shuler smacked a three-run homer.

Paw Paw pulled within a run in the bottom of the opening stanza as Maddison Wilder hit a two-run dinger.

Bridgman put up 10 runs in the third inning as Schmaltz had a run-scoring single and later a 2-run homer, Shuler doubled in three runs, Johnson had an RBI single, and Slavens crushed a grand slam home run over the center field fence.

Paw Paw staged a fifth-inning surge, with Hannah Mellinger swatting a two-run homer and a series of errors and hits getting the team to eight runs by the end of the stanza.

Johnson yielded 12 hits and four earned runs over the first 4 2/3 innings while McNeil worked the last inning and a third, allowing one hit.

In the 31-0 nightcap Schmaltz was the winning pitcher (no hits, three strikeouts). Top hitters included: Schmaltz a double, two home runs and 8 RBI; Hackett a triple, a home run and 5 RBIs; Shuler two singles, a triple and 2 RBI; Johnson a single, a home run and 4 RBI; Russell two hits and 3 RBI.

The Bridgman High School baseball team split a doubleheader with Brandywine on April 15.

The visiting Bobcats won the opener 11-6 while the Bees took game two by a 4-2 tally.