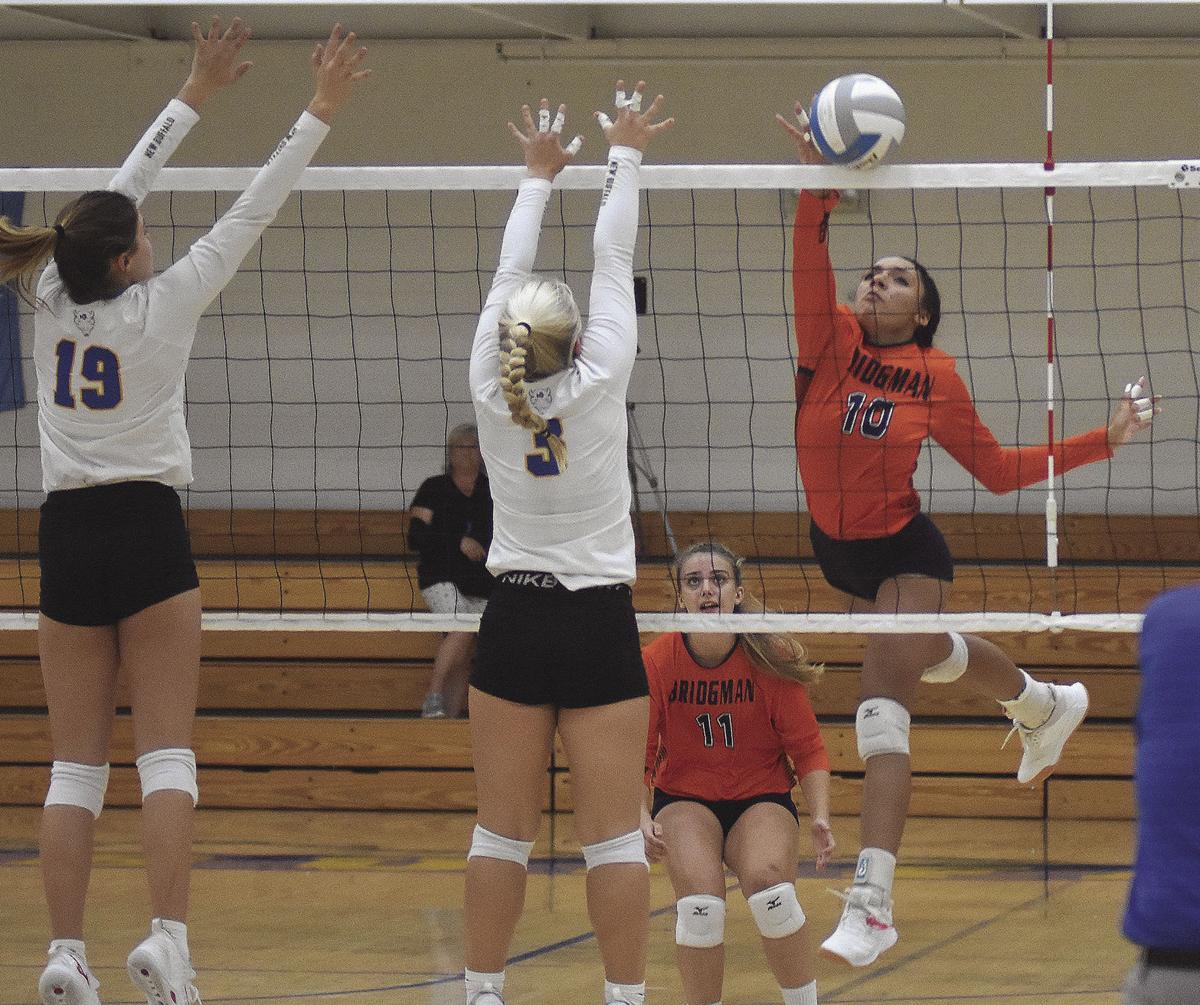 Takiya Cornelius of Bridgman (from right) spikes the volleyball while New Buffalo defenders Ava Johnson and Jane Funk go for a block on Oct. 11. 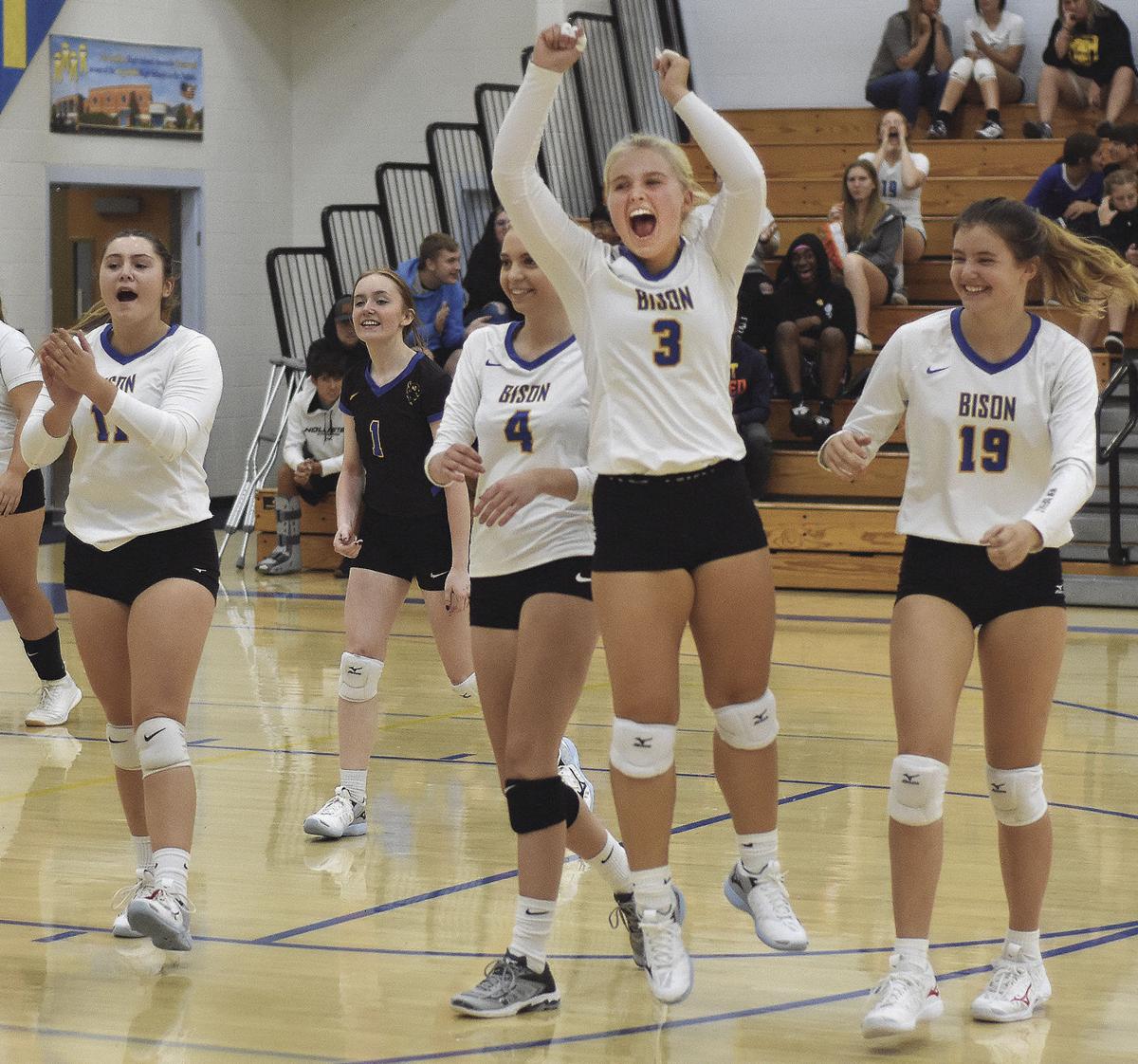 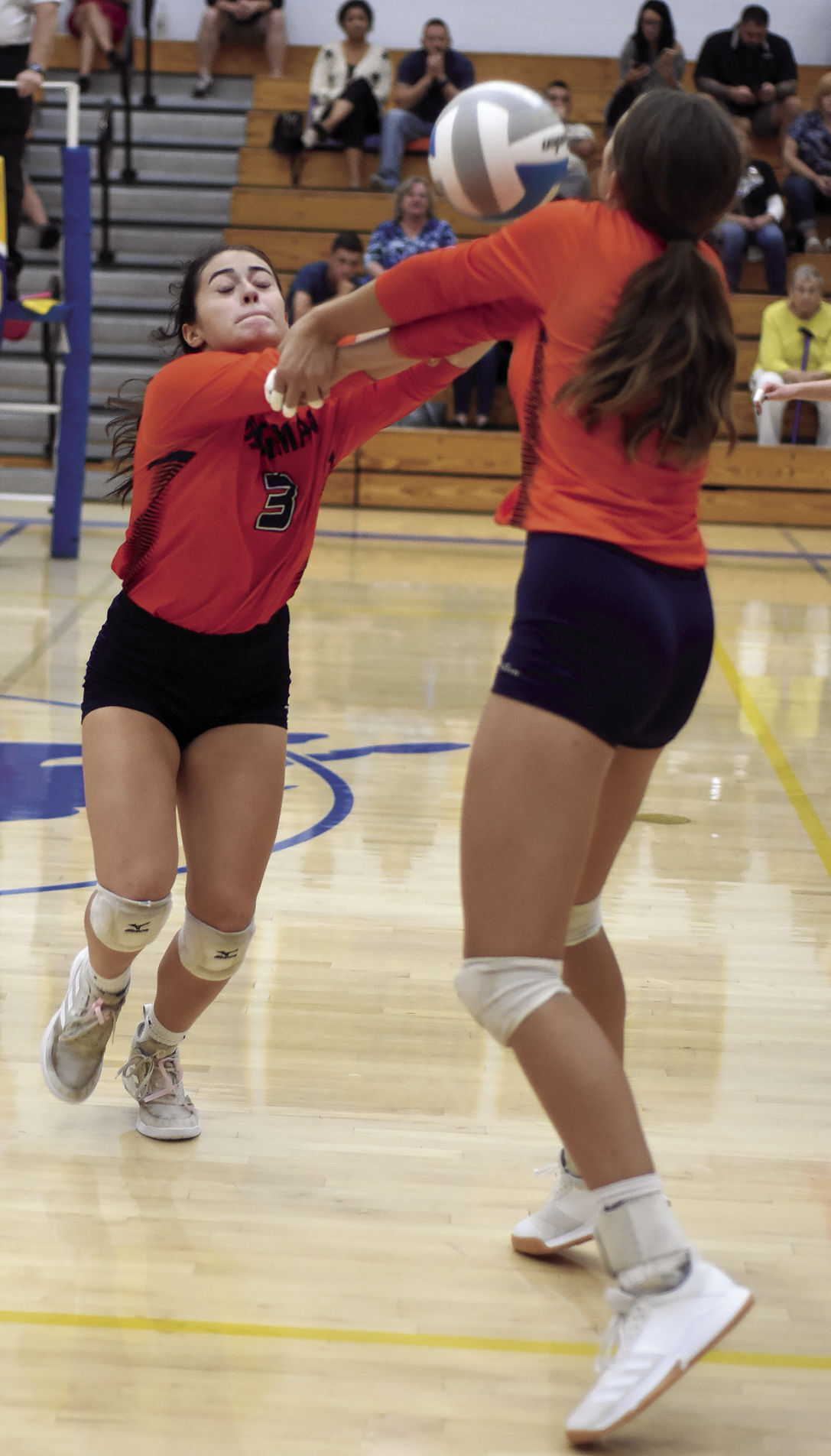 Amanda Jones of New Buffalo passes the volleyball during an Oct. 11 match against Bridgman.

Takiya Cornelius of Bridgman (from right) spikes the volleyball while New Buffalo defenders Ava Johnson and Jane Funk go for a block on Oct. 11.

Amanda Jones of New Buffalo passes the volleyball during an Oct. 11 match against Bridgman.

The Bees rallied to take the second contest 25-8 before reeling off two consecutive 25-13 victories to take the match.

“I think we just needed to pick each other up and get a little motivation … we realized that we needed to kick it in gear,” said Bridgman junior Takiya Cornelius.

The Bison took an early 7-2 lead in the opener as Jane Funk, Ellie Cybulski and Amelia Selir played strong at the net.

Kills by Takiya Cornelius and an Ava Starbuck block helped vault Bridgman on top 22-20, but an Ashley Hauseman kill, ace serves from Selir and Amanda Jones, and Ava Johnson’s point-scoring tip lifted the home team to a 25-23 win.

Attack kills by Cornelius and Lily Barker helped the Bees storm out to a 13-2 advantage in the second set en-route to the 25-8 victory.

Bridgman broke loose from an 8-8 tie in the third contest as Bella Gearhart, Barker and Cornelius collected kills, Haylee Kanous and Bri Russell aced serves, and Tatyanna Hill blocked a spike. The end result was a 25-13 triumph.

After falling behind 3-0 the Bees rolled to another 25-13 win as Kylie Ott had an ace serve, Peyton Oman, Cornelius and Hill smacked down spikes, and Hill had two blocks.

New Buffalo and River Valley are both 5-1 in the BCS White Division, with Michigan Lutheran unbeaten so far.