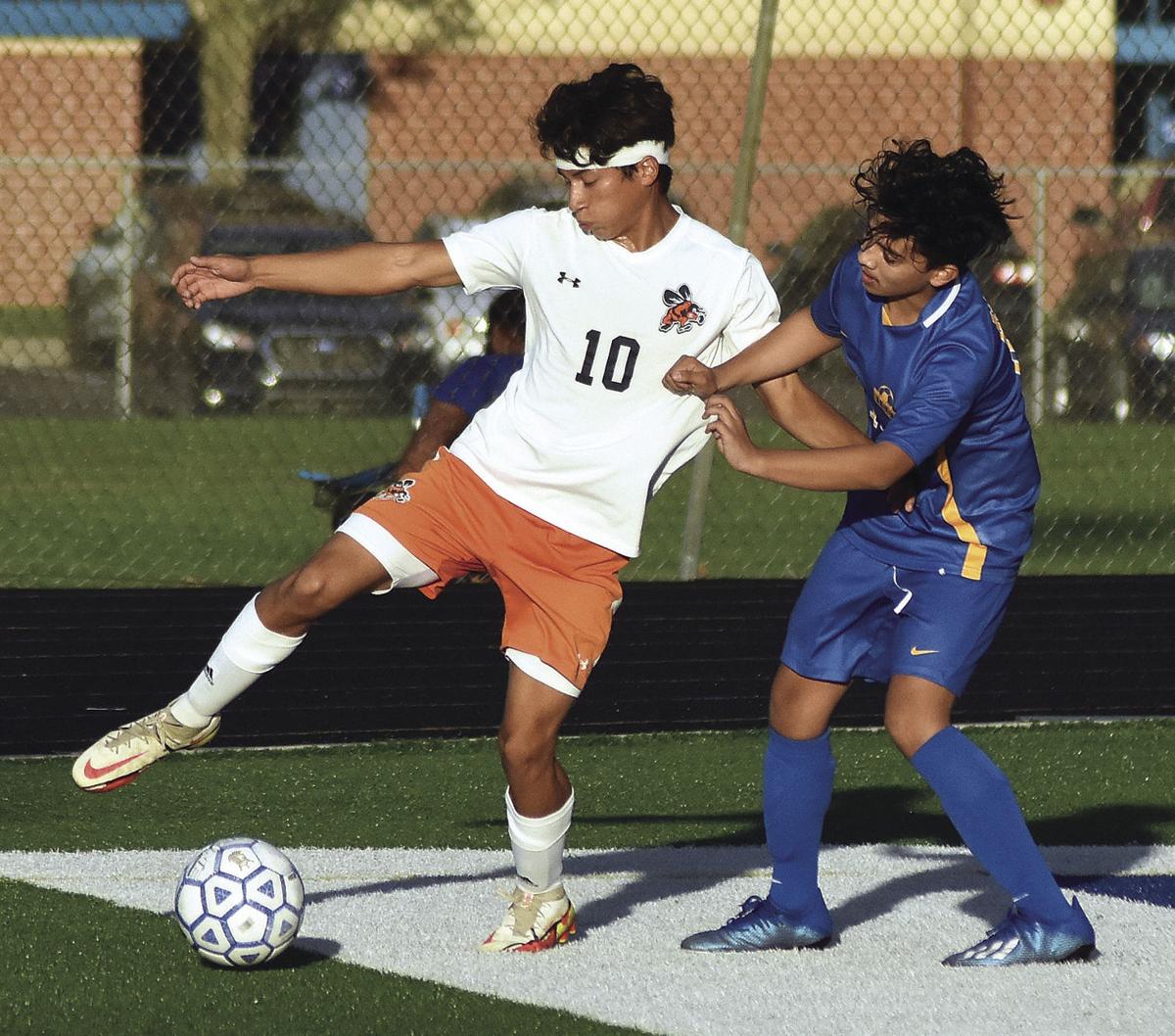 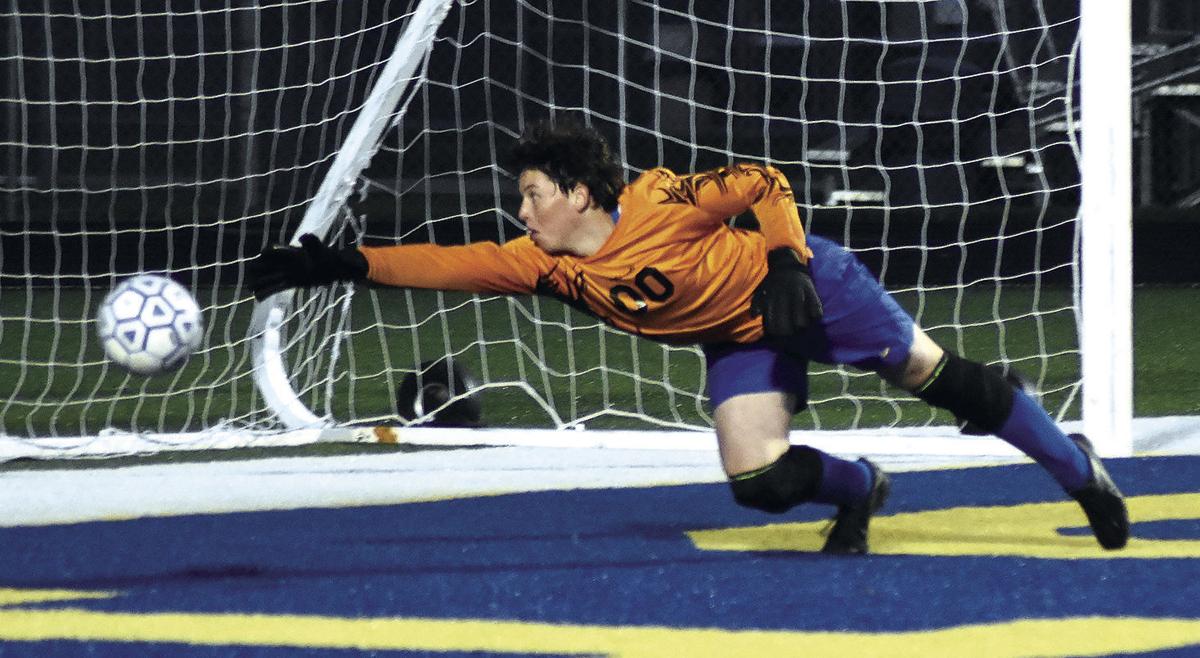 New Buffalo goalkeeper John Riley goes for a save during the Oct. 14 Division 4 district match. 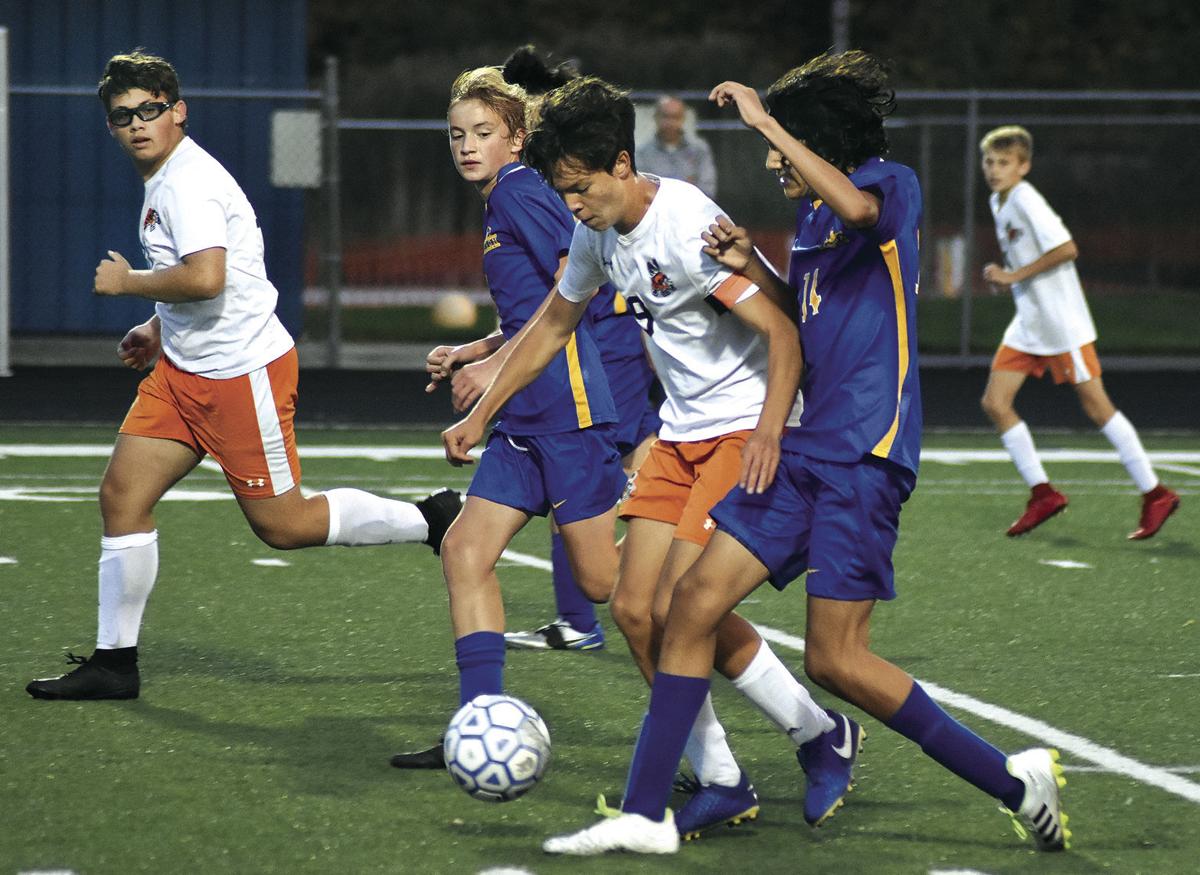 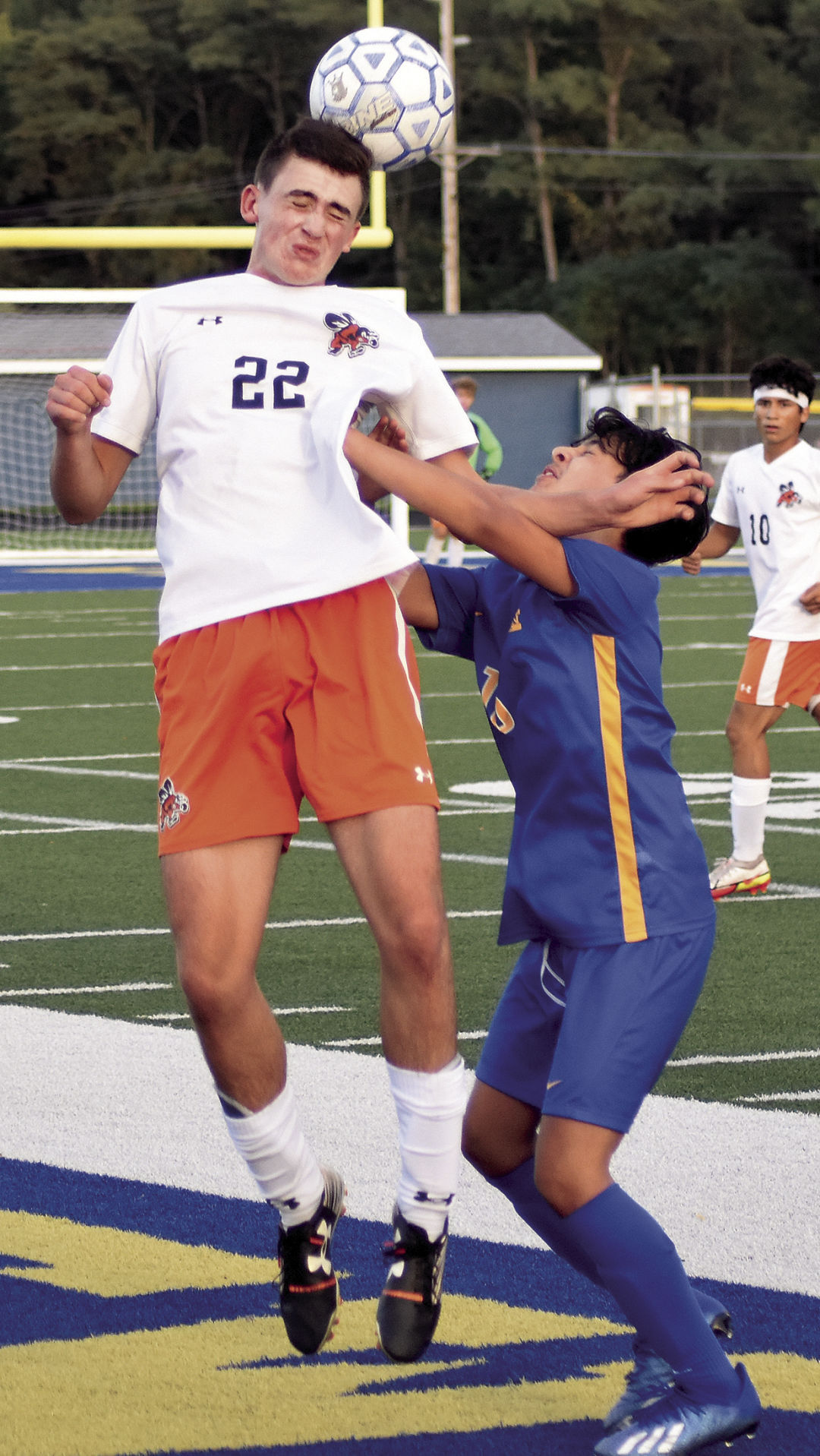 Bridgman’s Logan Kanous (left) goes up for the ball while Axel Rodriguez of New Buffalo defends during the Oct. 14 Division 4 district match. 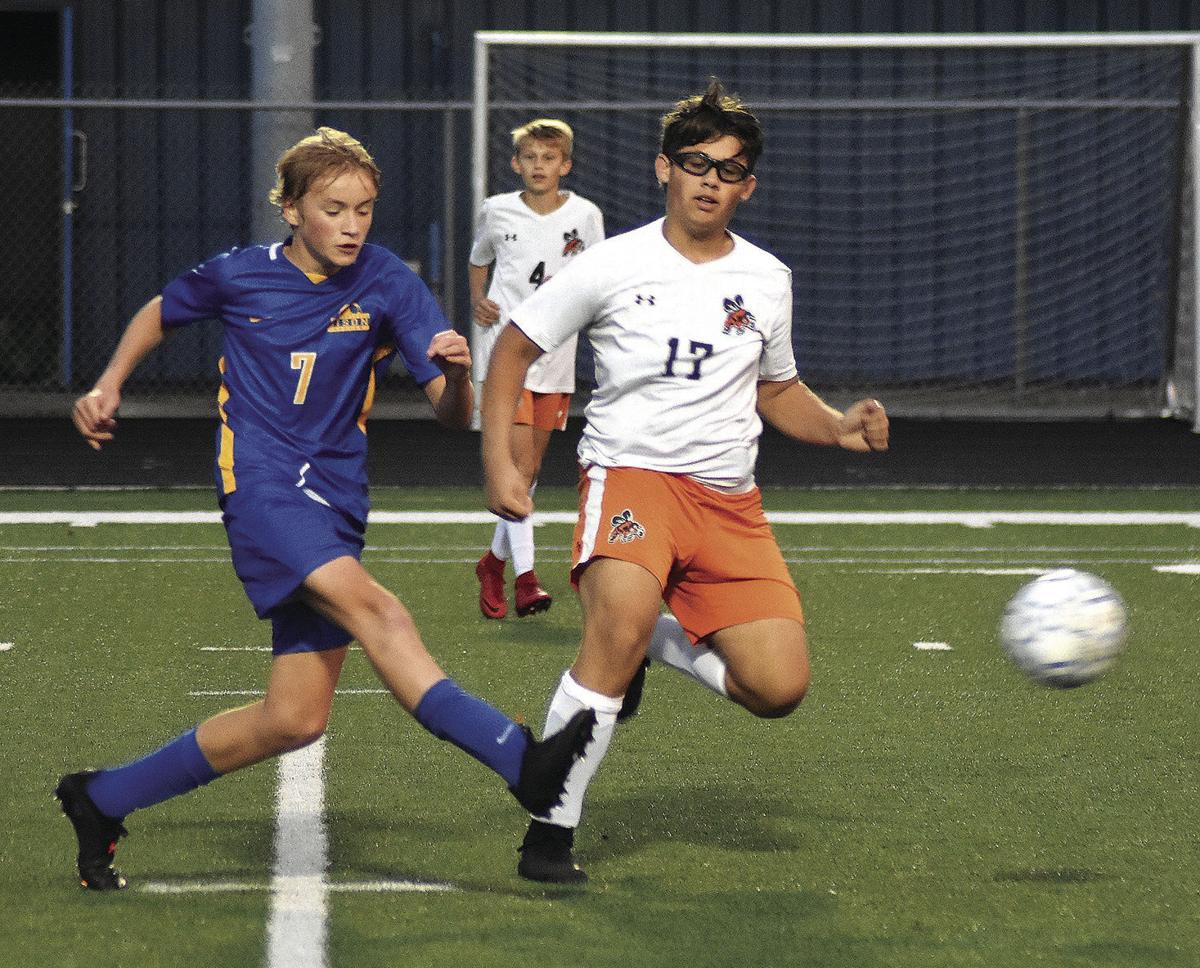 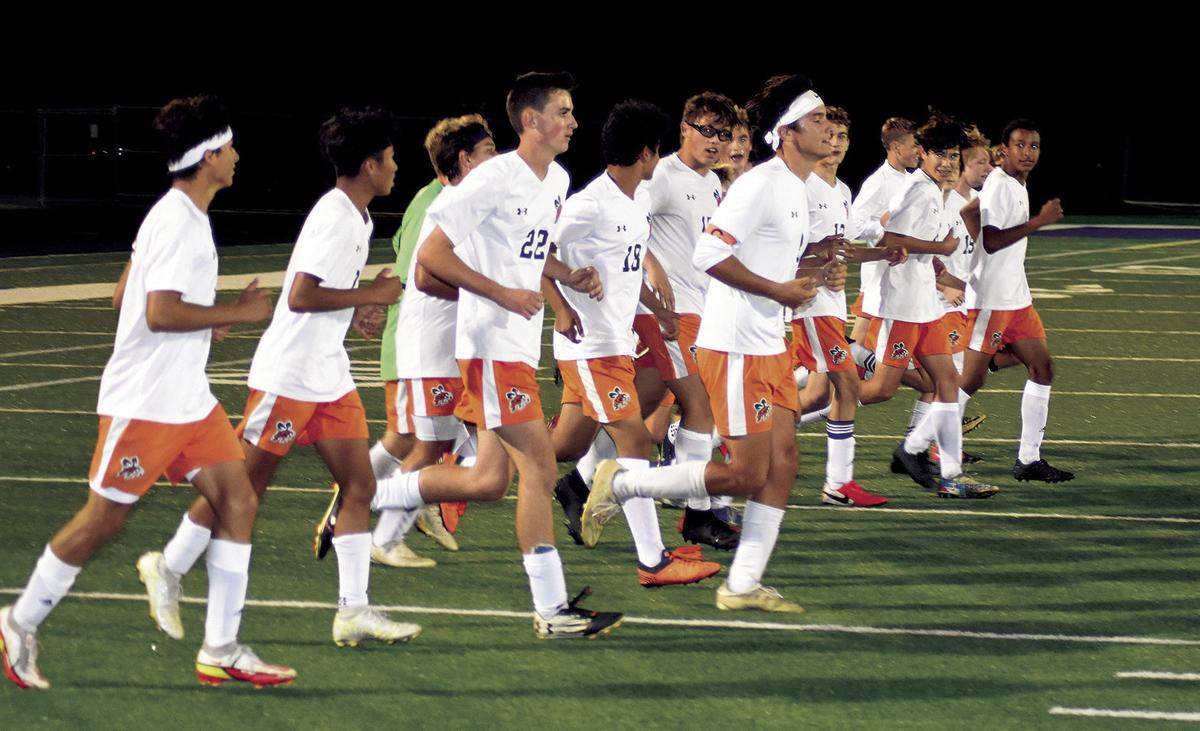 The Bees do their run-out after prevailing 1-0 in overtime. 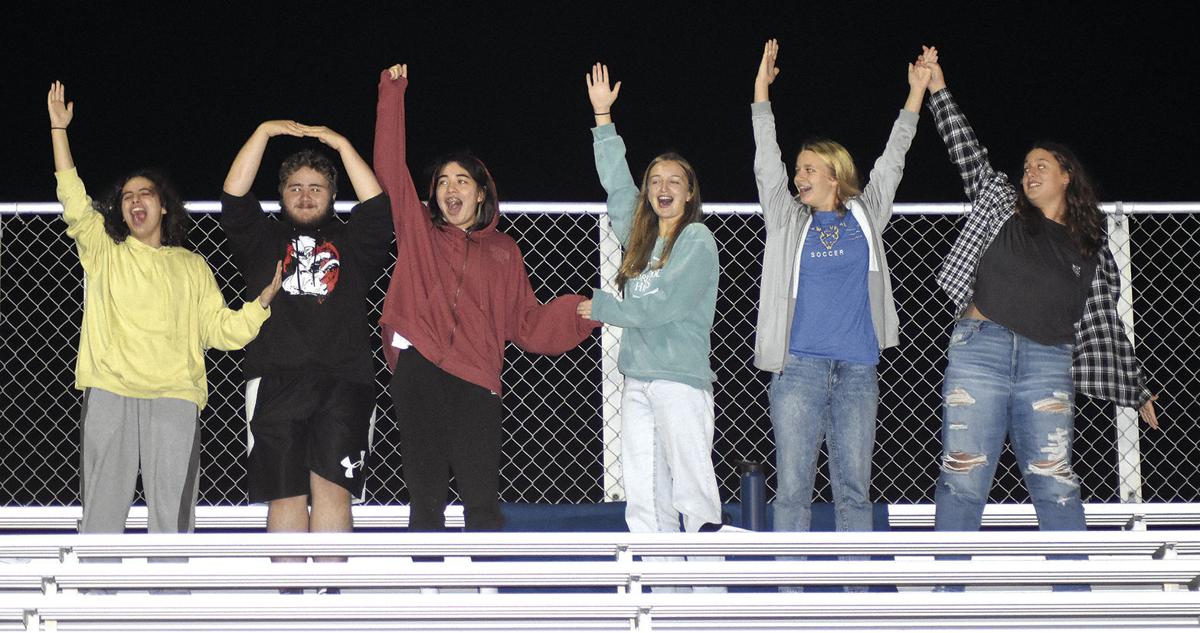 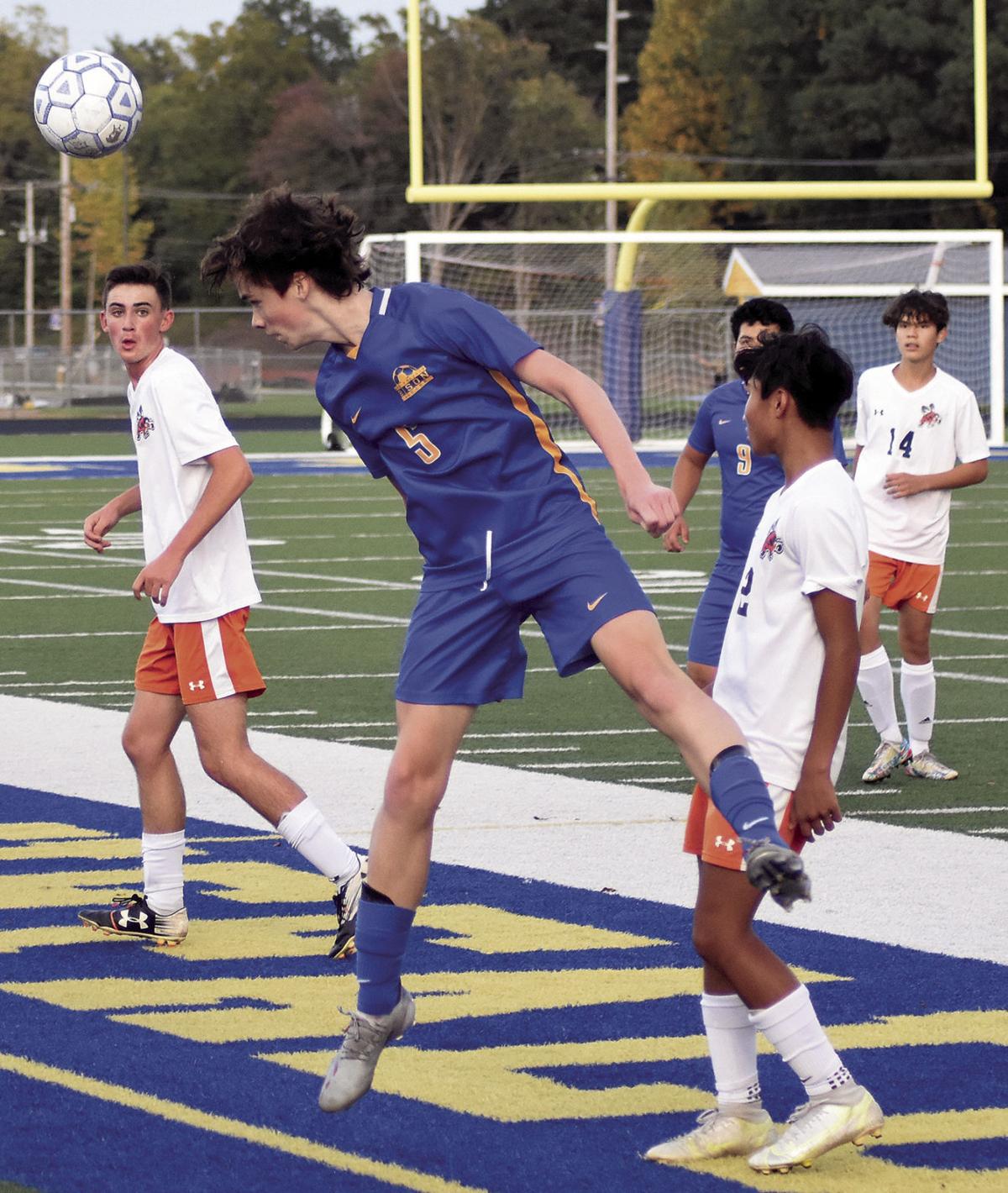 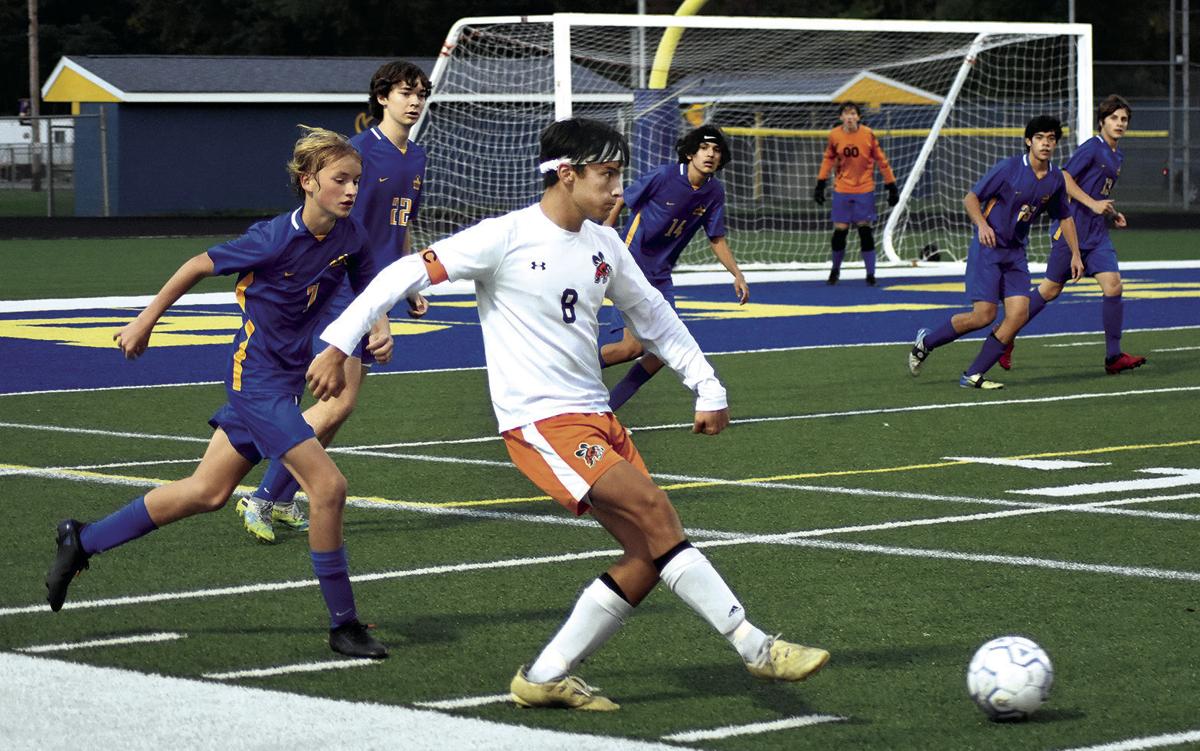 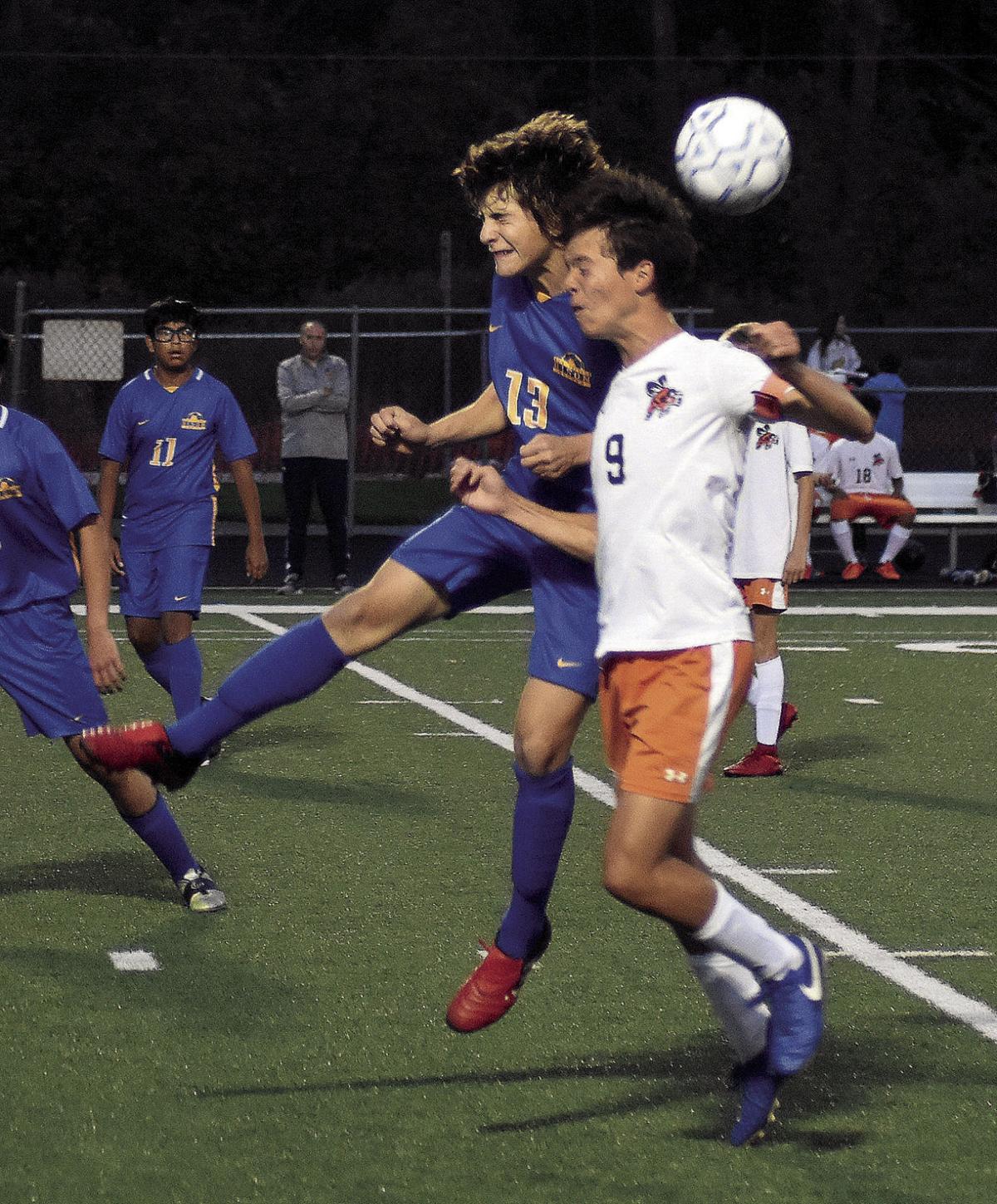 New Buffalo goalkeeper John Riley goes for a save during the Oct. 14 Division 4 district match.

Bridgman’s Logan Kanous (left) goes up for the ball while Axel Rodriguez of New Buffalo defends during the Oct. 14 Division 4 district match.

The Bees do their run-out after prevailing 1-0 in overtime.

NEW BUFFALO — An intense Oct. 14 post-season soccer match between Bridgman and New Buffalo went into overtime before the visiting Bees tallied the only goal of the evening.

Bridgman visited the Bison’s home field for the Division 4 district opener, and the Bees launched a fusillade of shots on goal during the two 40-minute halves, but New Buffalo goal-keeper John Riley came through with save after save to maintain the 0-0 deadlock.

The contest was filled with dramatic moments, such as Riley twice snagging second-half headers by Dylan Reisig; a penalty kick play which saw New Buffalo’s Haruki Eberly stop a near-goal by the Bees; a boot from Reisig that bounced wildly off the crossbar and barely missed entering the net; and a series of late penalty kicks by the Bison that nearly produced the winning goal.

“We had a game plan and the guys executed it really well,” said New Buffalo head coach Erik Beers. “John did a phenemonal job in the goal.”

Bridgman finally broke the ice with 8:51 left in the first of two 10-minute overtime periods as Carter Wendzel blasted the soccer ball to a spot in the goal that Riley couldn’t get too in time.

“It was a perfect pass (from Reisig), I just connected,” Wendzel said.

“This the proudest I’ve ever been of a team. We played great, the most I’ve seen this team hustle,” Reisig said.

Riley went on to grab a point-blank shot by Aiden Ackerman before snuffing a highlight-reel worthy backwards bicycle kick by Reisig.

But the Bee defense and goalkeeper Tim Reppart were able to preserve the shutout.

“All credit goes to the team, they really had my back throughout all of this,” Reppart said.

“We certainly had our opportunities tonight, but they had a great game plan that made it hard for us, and their keeper just played amazing,” said Bridgman coach Nick Foxworthy.

“Our defense played well today, and our keeper stepped up when he needed to,”