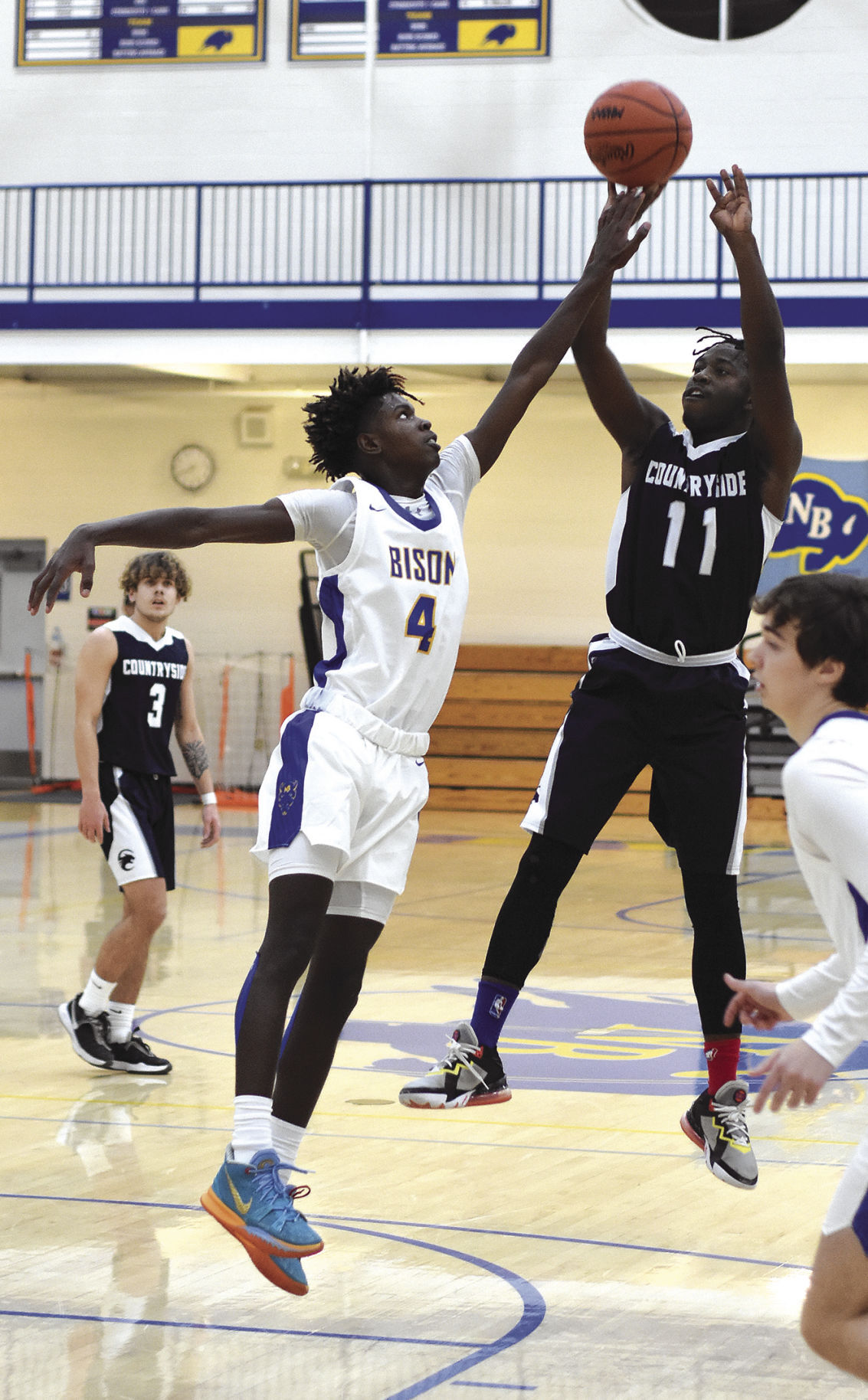 New Buffalo’s Jeremiah Mitchell (left) goes for a block against Jamere Matlock of Countryside during the Bison’s Dec. 17 home opener. 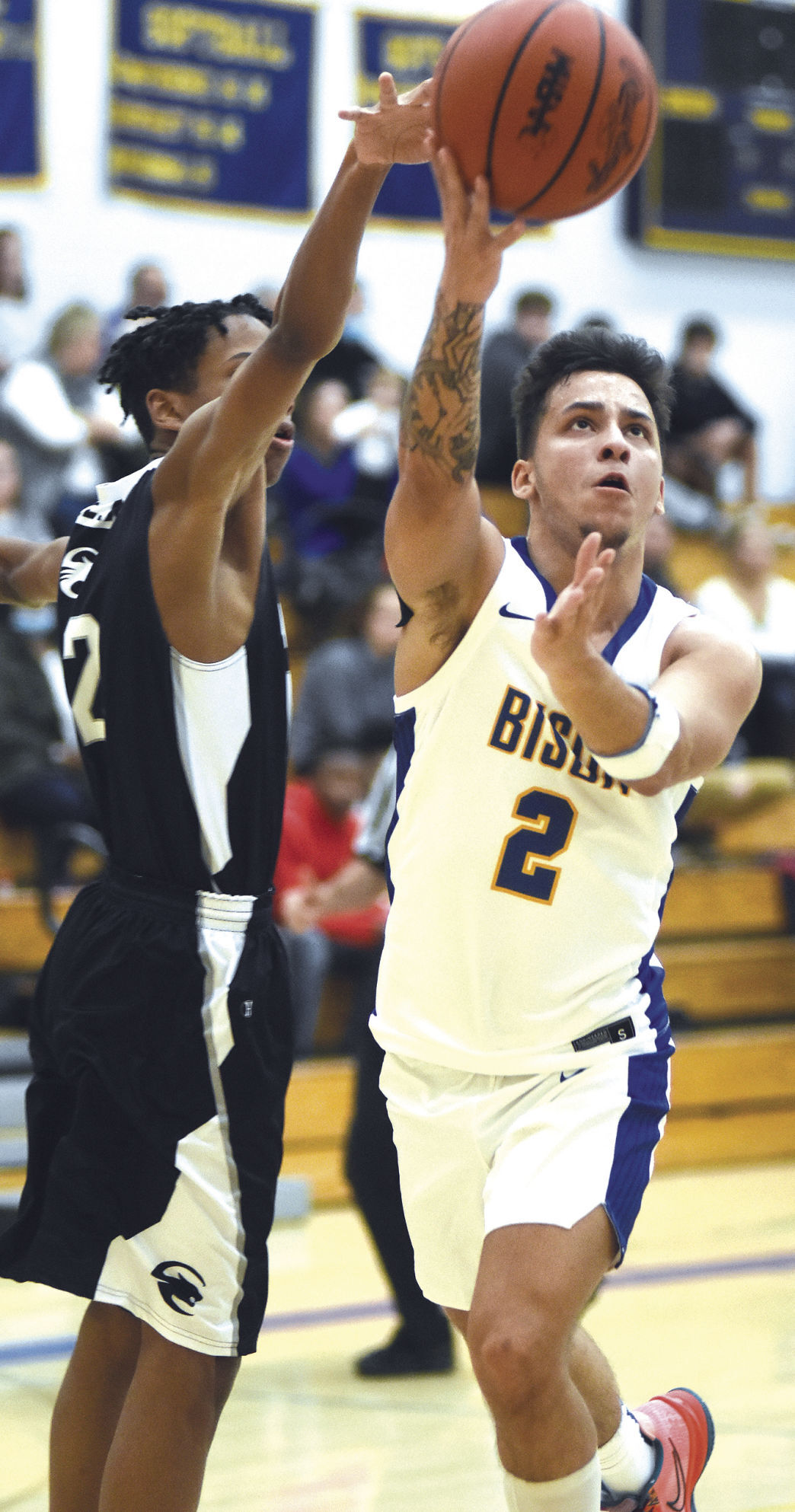 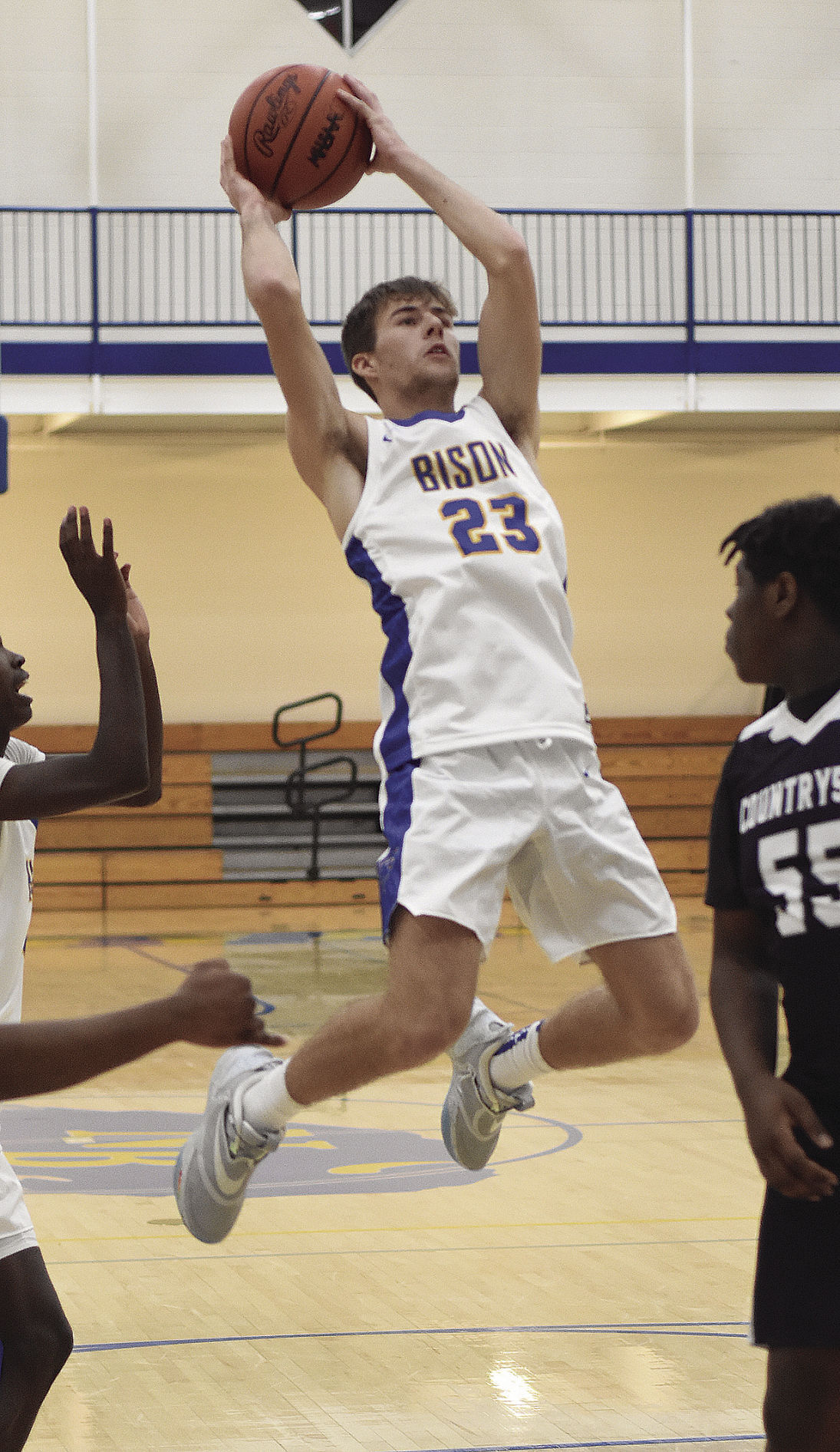 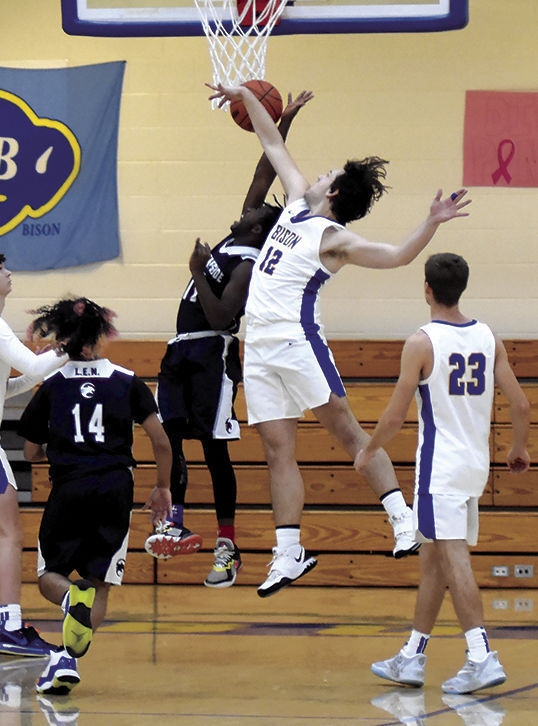 New Buffalo’s Ryan Vinson goes for a block during the Dec. 17 home opener. 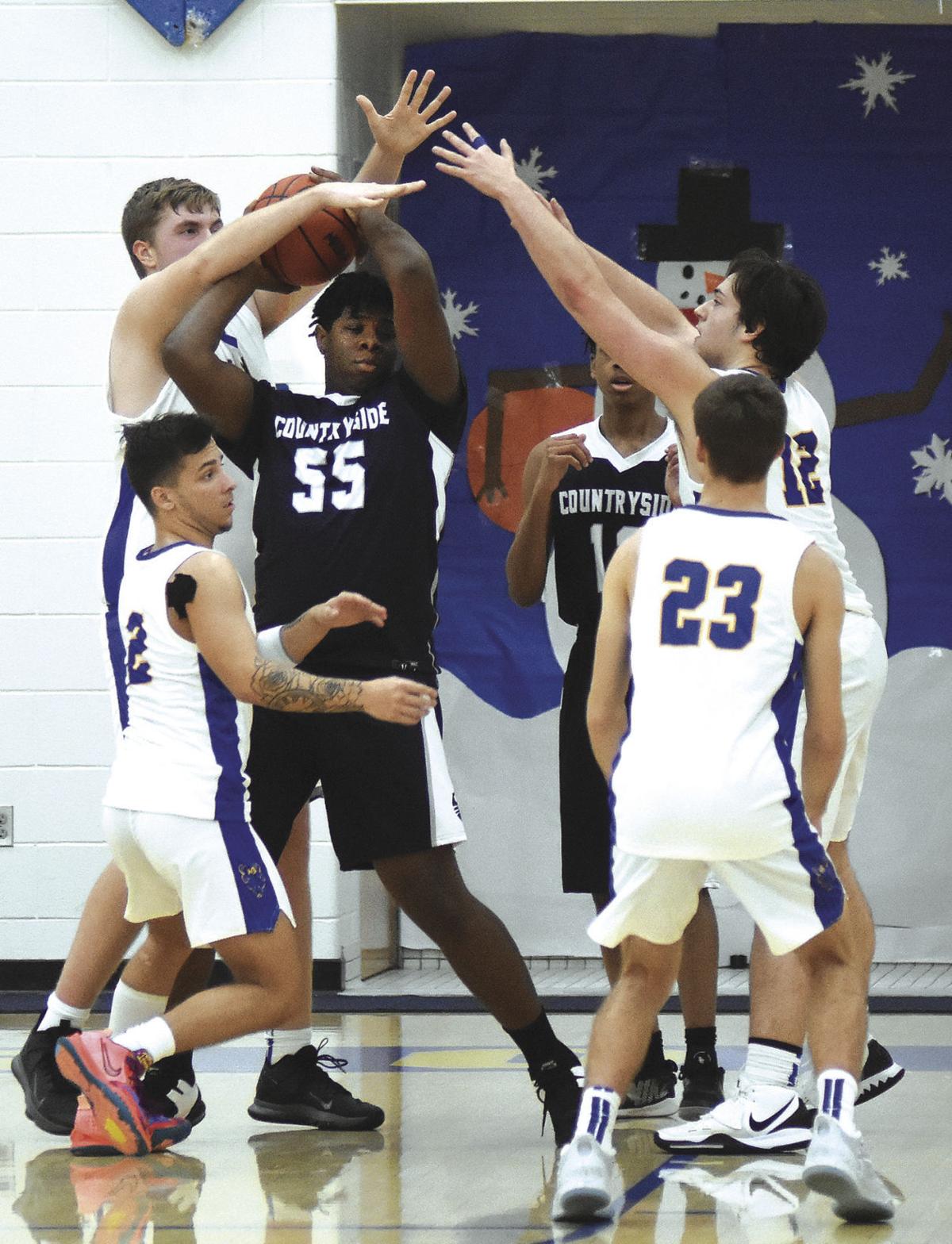 Tramarion Campbell of Countryside (No. 55) is surrounded by New Buffalo defenders during the Dec. 17 contest. 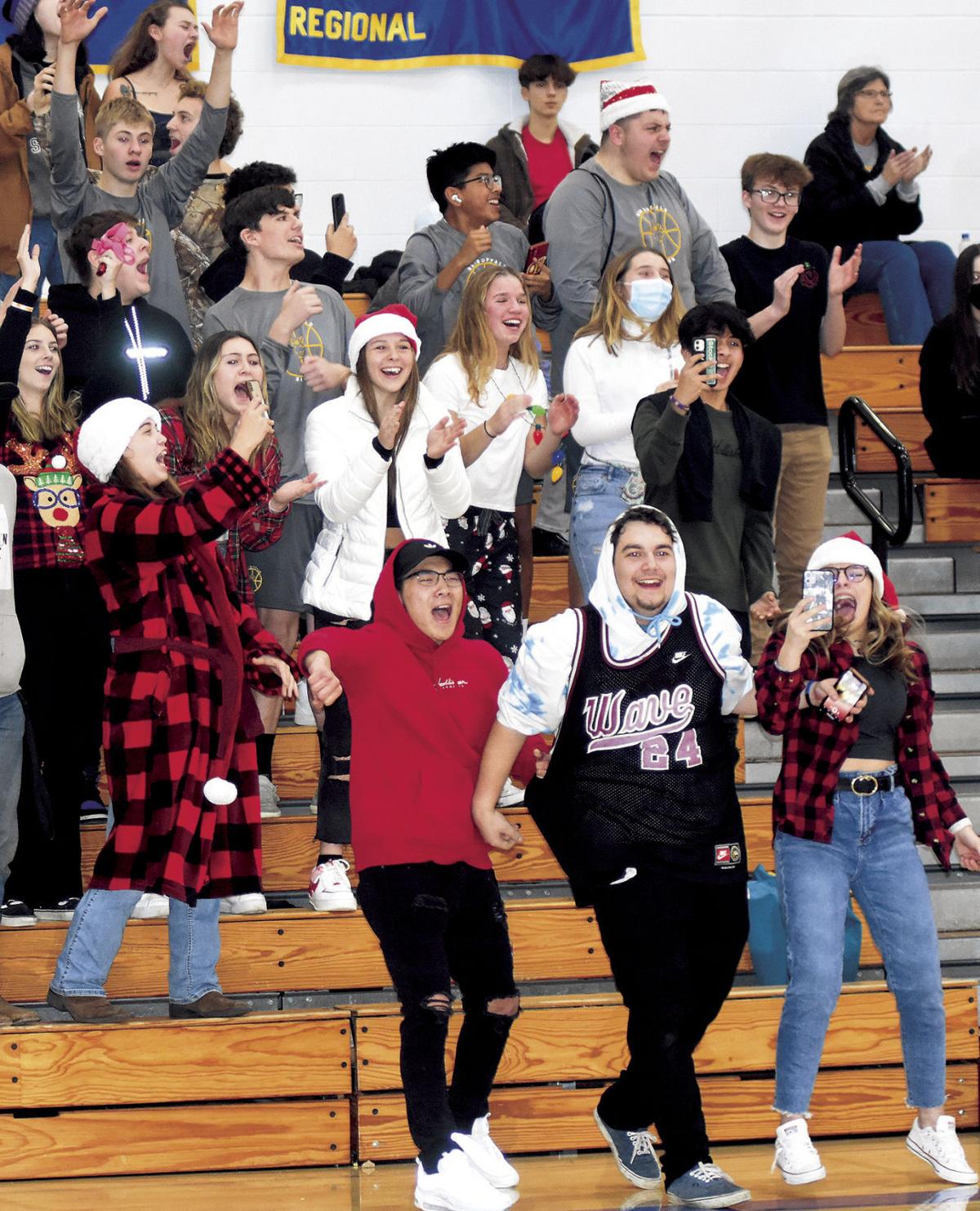 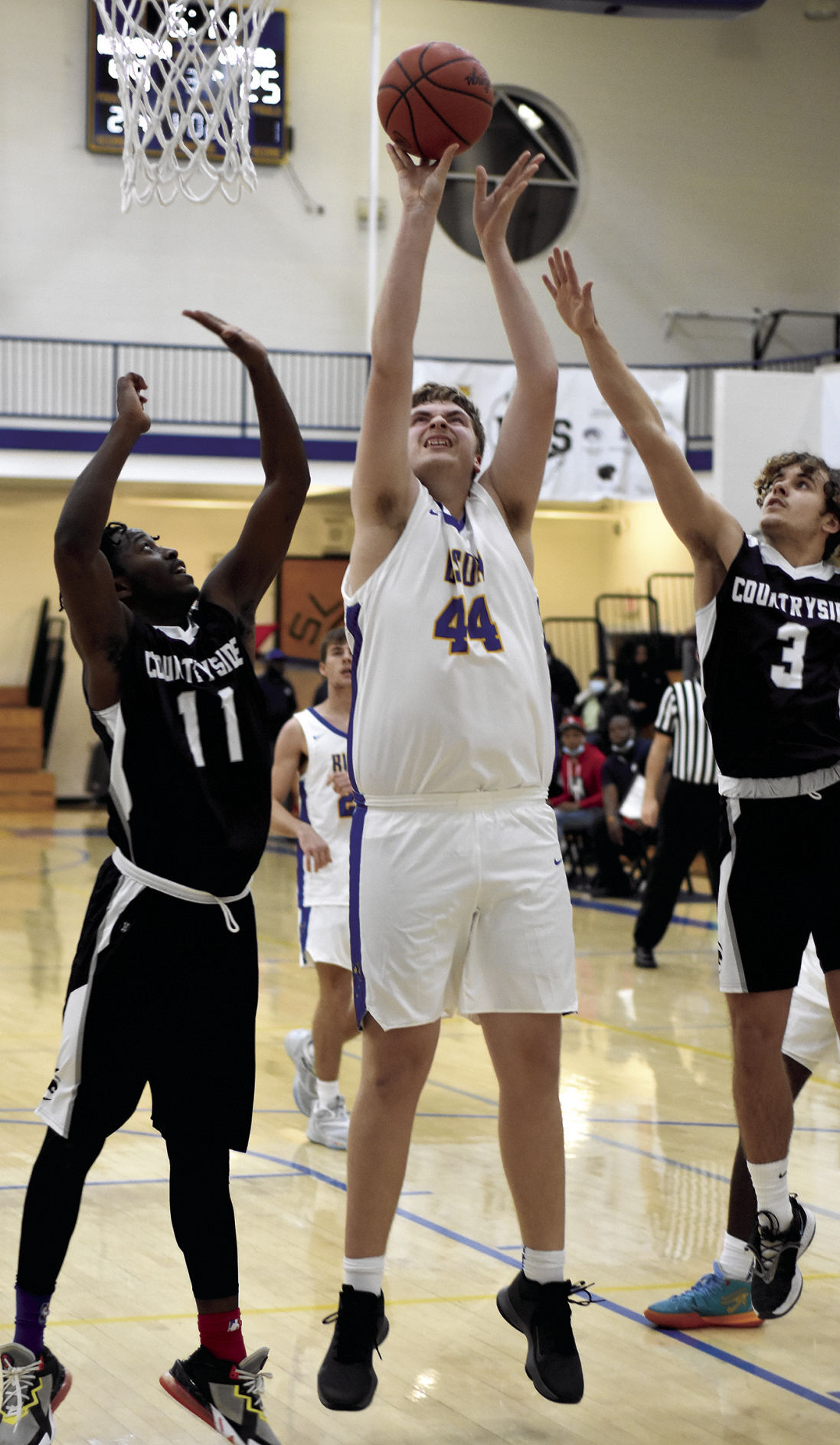 New Buffalo’s Jeremiah Mitchell (left) goes for a block against Jamere Matlock of Countryside during the Bison’s Dec. 17 home opener.

New Buffalo’s Ryan Vinson goes for a block during the Dec. 17 home opener.

Tramarion Campbell of Countryside (No. 55) is surrounded by New Buffalo defenders during the Dec. 17 contest.

The Bison broke free from a one-point game midway through the first quarter and never looked back on the way to a 101-71 triumph.

New Buffalo led 11-3 in the opening stanza after Zack Forker knocked down one of his five first-period field goals.

“I was pumped up and ready to go,” Forker said.

But the Cougars rallied as Tre’Veon Wright, Rylee Carter and Christian Smith accounted for a 6-0 run to close within a single point (11-10).

The Bison responded by hitting the gas the rest of the evening, starting with an 11-2 finish to the opening frame to open up a 10-point lead (22-12). Pouring points were Forker (an offensive rebound and put-back), a three-pointer by Jeremiah Mitchell, and Kaden Parmley’s buzzer-beating “3.”

New Buffalo was just getting warmed up.

The Bison out-scored Countryside 25-12 in the second quarter to take a 47-24 margin into the half.

New Buffalo’s third-quarter margin over the Cougars was 25-19 as Mitchell tallied 10 points in the period.

The Bison went into the final frame 28 points short of 100 points, but a 29-point showing capped off by Mitchell’s crowd-pleasing bucket that made the score 101-68.

“The whole team was hustling, and that’s what it’s about,” Mitchell said.”Thats what we do as a unit.”

New Buffalo coach Nate Tripp said the Bison need to do a better job of “finding the open guy.”

Parmley later said “Our goal is way higher than what we’re playing.”