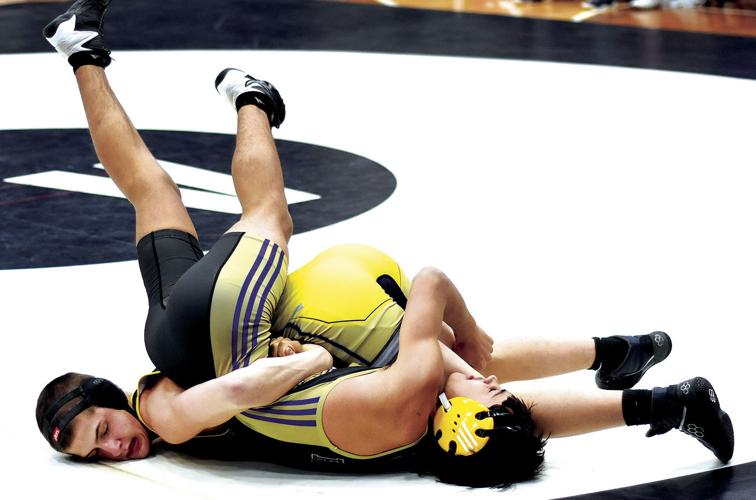 Jack Lantz of the Harbor Country Heritage wrestling team (left) goes for the pin of South Haven’s Mike Yelding during a Jan. 19 match in the River Valley gym. 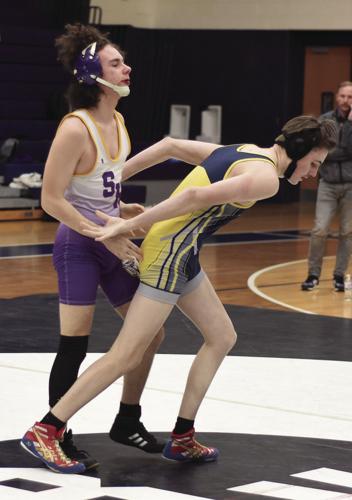 Jack Lantz of the Harbor Country Heritage wrestling team (left) goes for the pin of South Haven’s Mike Yelding during a Jan. 19 match in the River Valley gym.

Both pinned their opponents from South Haven on Jan. 19 (Lantz was victorious against Mike Yelding in the 130-pound weight class and Preece got the best of Robert Knight at 145 pounds).

The Rams won the team tally 54-12 thanks to a series of forfeits.

Lantz went on to claim another win by fall against Eau Claire later in the evening.

Wrestlers from Berrien Springs also competed in the Jerry Schaffer Gym on Jan. 19, but not against Harbor Country Heritage.

“There was a lot of good stuff out there,” said Heritage coach Hunter Liberty after the South Haven matches.

Lantz, 5-3 after the Jan. 19 matches and ranked 14th in Division 4, said he has already faced some tough competitors this season.

“All my losses have either been to regional qualifiers or state qualifiers (at least one division up from 4),” he said.

Preece said his Jan, 19 pin was one of his better matches of the season so far.