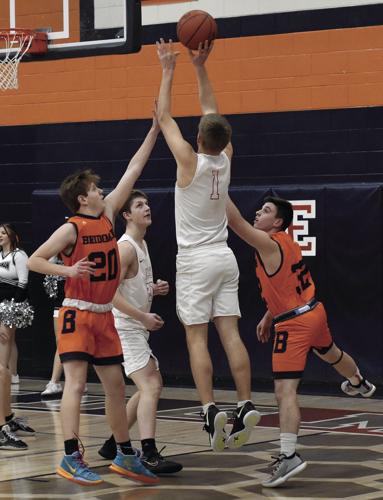 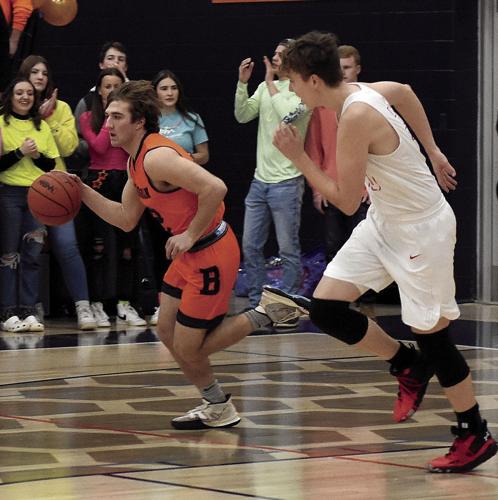 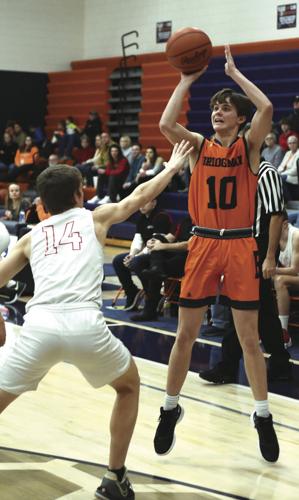 John Sanderson takes aim for the Bees on Feb. 18. 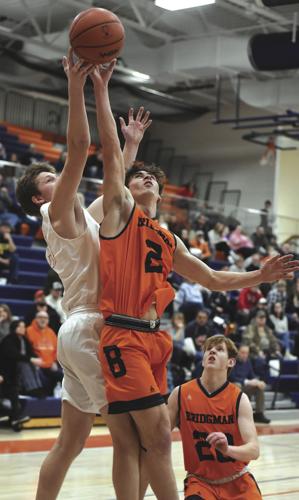 John Sanderson takes aim for the Bees on Feb. 18.

The outcome was never in doubt as Riley Gloe sank a pair of three-pointers right off the bat and Jayce Warren then erupted for 16 first-quarter points (including a trio of three-point baskets and a shot-plus-foul three-point play with six seconds left in the period) to open up a 22-7 chasm.

Twelve of the Bees’ 16 points in the second stanza were scores via the “3,” with Jon Sanderson (twice), Gloe and Warren getting in on the long-range act.

Bridgman’s 38-11 half-time advantage grew to 60-19 heading in the final frame as Warren added a dozen more points to his game-high total of 33.

“I thought we played real good defense to night to hold them to 11 points at the half,” said Bridgman head coach Mike Miller.

Jones, who normally serves as one of the team’s managers, scored the Bees’ last five points on a regulation bucket followed by a three-pointer (to the delight of the Orange Crush student section).

Miller said the Bees have two games that count in the BCS White Division left (at Lawrence and at New Buffalo), and they have lost once (to Eau Claire).

“So if we win both of those we’re co-champs with New Buffalo.”