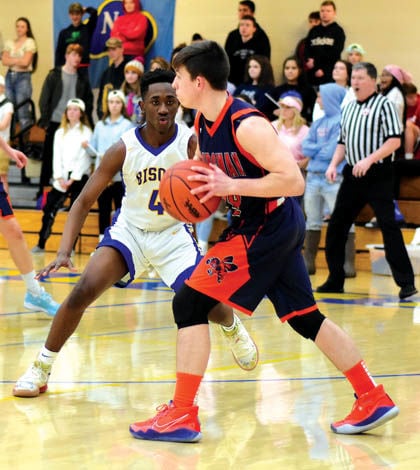 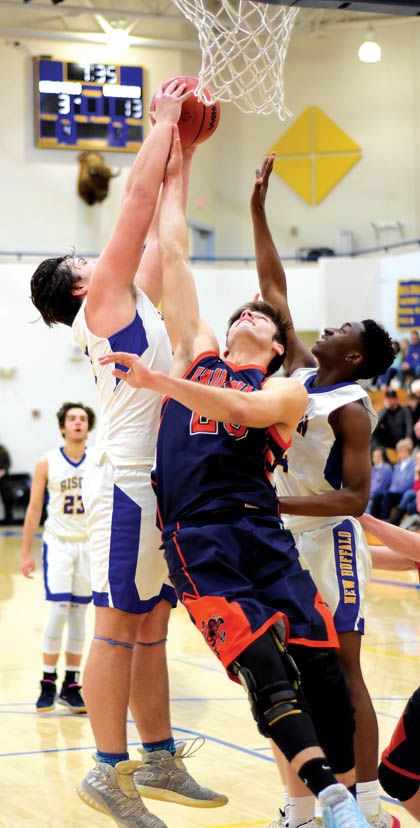 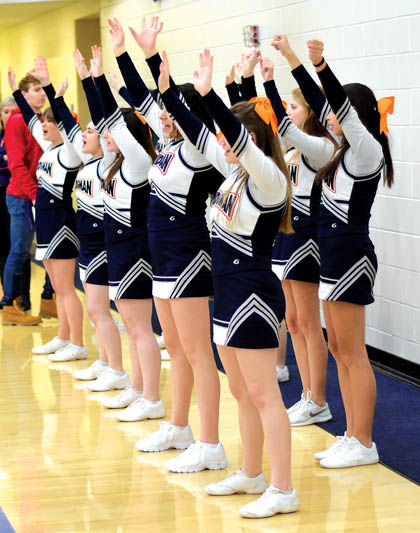 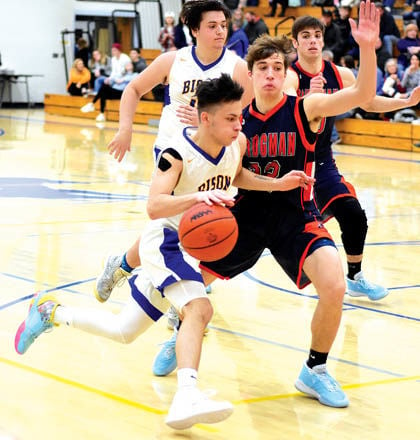 New Buffalo's Kaden Parmley (with ball) and Jayce Warren of Bridgman during the Jan. 18 game. 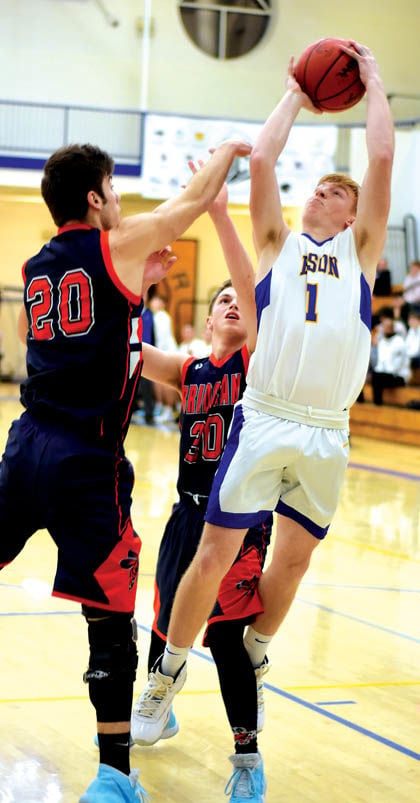 New Buffalo's Kaden Parmley (with ball) and Jayce Warren of Bridgman during the Jan. 18 game.

The contest began with three-point baskets by Henry Branch of the Bees and New Buffalo’s Ryan Vinson.

But Bridgman reeled off 10 unanswered points from there until quarter’s end (with Luke Blesy scoring 5 on a regulation hoop and a “3” and Donnie Necas hitting from three-point land to leave the score 13-3).

The visiting Bees scored the first 11 points of the second frame to build a 24-3 advantage on scores by Donnie Necas (another trey to lead things off), Hunter Adams (three straight baskets), and Jayce Warren (sparked by his steal).

Kaden Parmley got the Bison to 5 with a hoop, and Mark Shaw followed with a fast-break score, only to have Bridgman get field goals from Jackson Schmaltz, Warren and Branch (two buckets including a “3”) for a 34-9 half-time margin.

Vinson paced the Bison with 11 points.