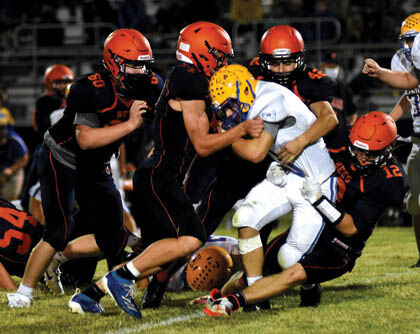 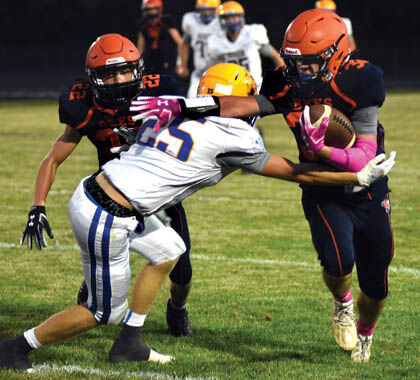 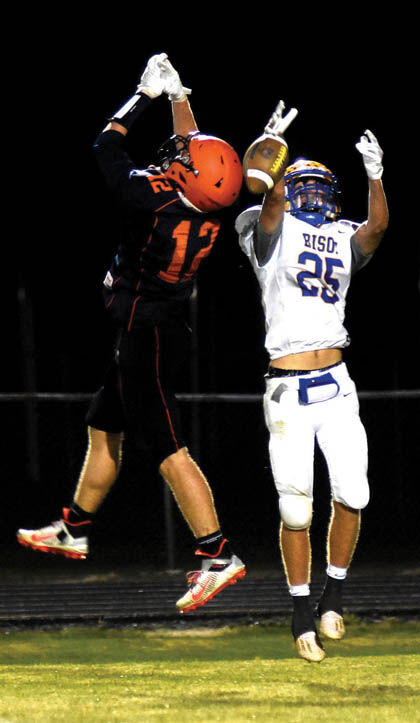 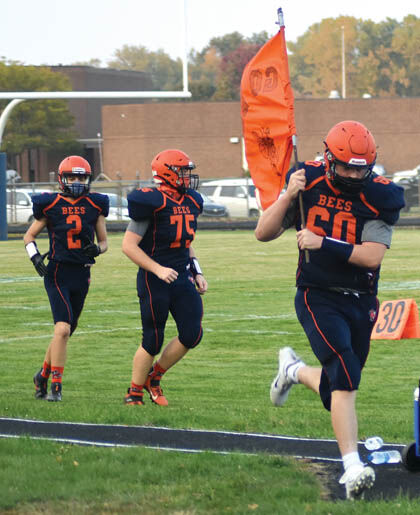 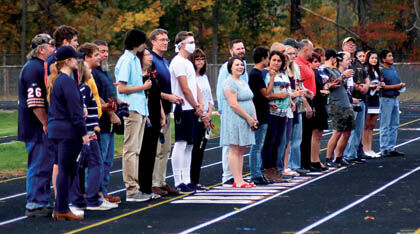 A scene from Senior Night. 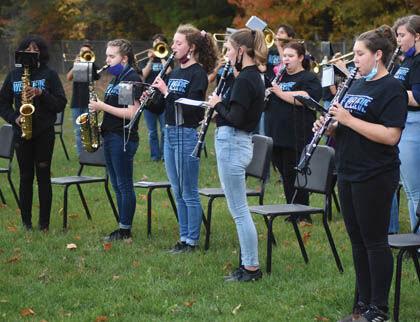 The band plays the National Anthem. 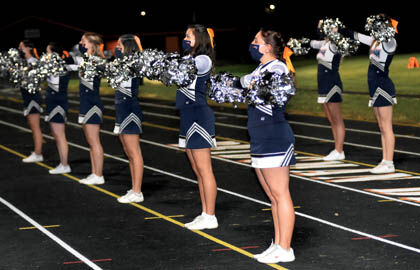 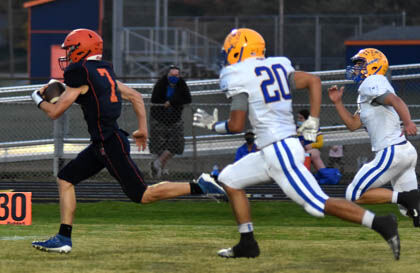 A scene from Senior Night.

The band plays the National Anthem.

The host Bees scored on their first two possessions from scrimmage (a pitch from quarterback Reid Haskins to running back Nate Necas, who then tossed a 43-yard touchdown pass to Jayce Warren followed by a 53-yard sprint to the end zone by Haskins).

The Bison battled back as quarterback Michael Bombin reeled off a 75-yard run to the end zone in the first period and Ben Coffeen powered his way in from seven yards out in the second frame, but Bridgman kept putting up enough points to prevail 34-20.

The Bees answered Bombin's touchdown (which cut the lead to 14-6) on a 78-yard scoring strike from Haskins to Warren.

The big play followed an interception by Haskins at the two-yard line that foiled a New Buffalo bid to pull even.

After Coffeen reached pay-dirt to make it a 20-12 ballgame, Haskins powered in from four yards out and then fired a two-point conversion pass to Necas to open up a 28-12 half-time advantage.

Bridgman widened the margin to 34-12 in the third quarter when Alec MacMartin caught a 75-yard TD pass from Haskins.

New Buffalo tallied eight points at the 11:09 mark of the fourth period as Anthony Lijewski roared into the end zone from 11 yards out and Bombin used his feet to complete the two-point conversion.

Haskins completed 12-of-12 passes for 272 yards and two touchdowns. The sophomore also ran 25 times for 140 yards and a pair of scores.

Bombin finished with 20 carries for 165 yards and one score.