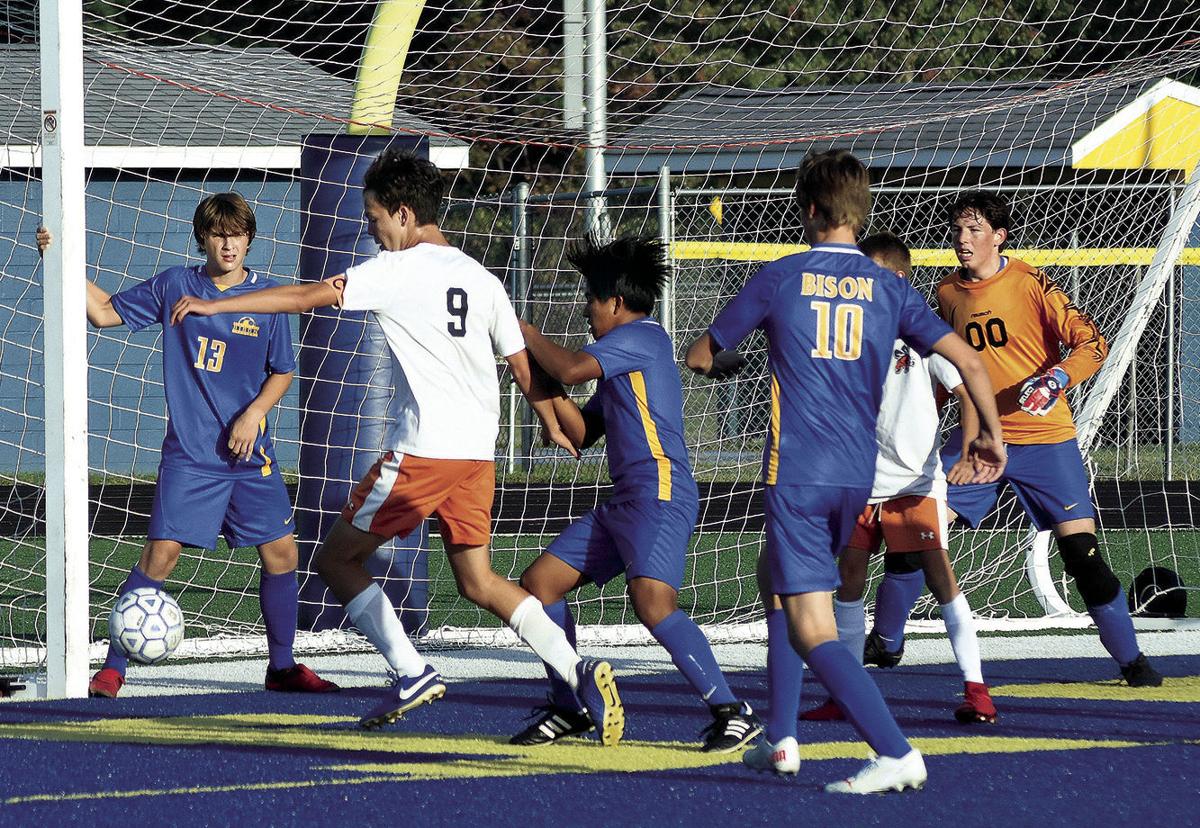 New Buffalo players defend the goal against Bridgman’s Aiden Ackerman (No. 9) on Sept. 27. 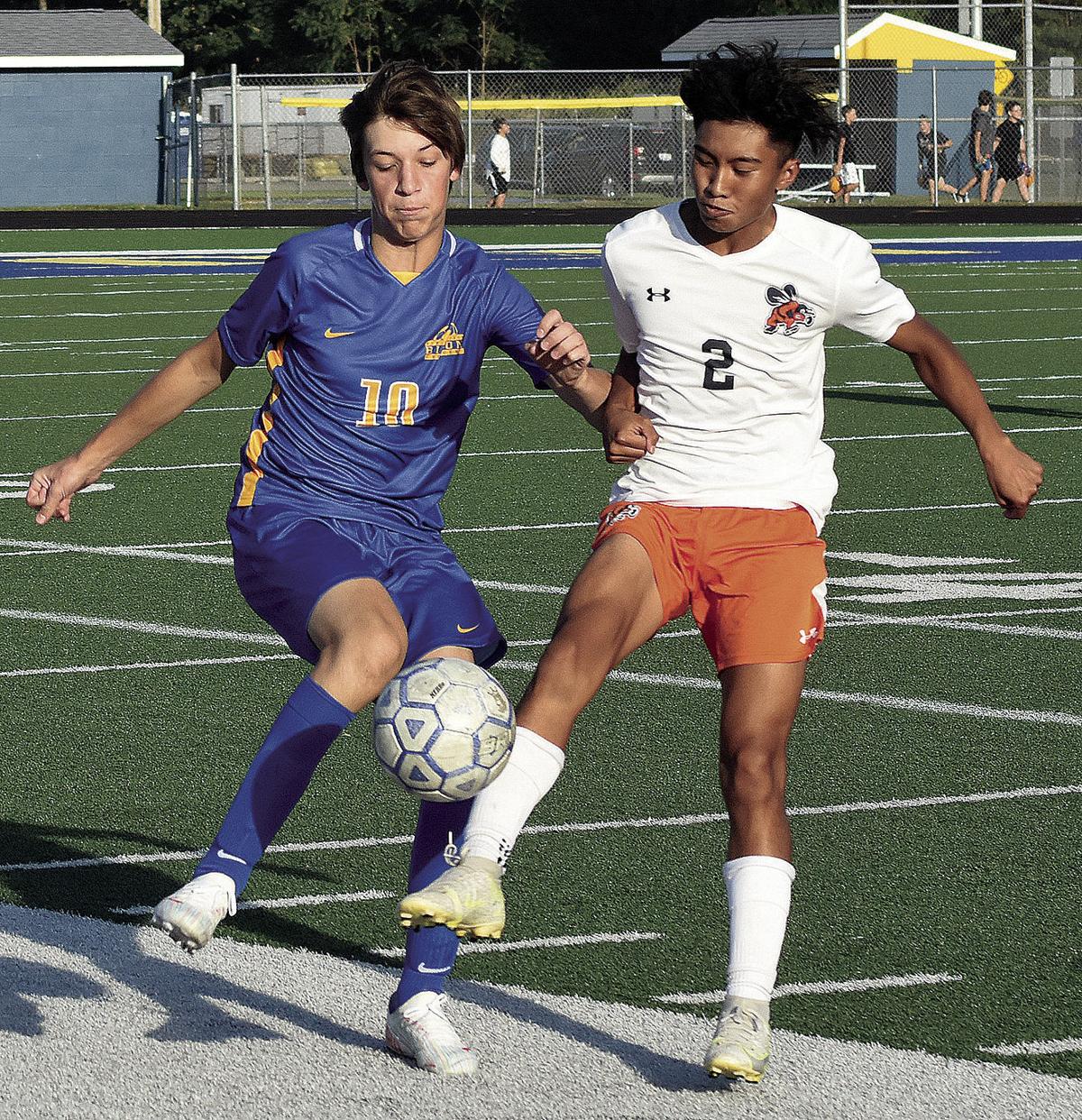 New Buffalo players defend the goal against Bridgman’s Aiden Ackerman (No. 9) on Sept. 27.

NEW BUFFALO — The Bridgman High School soccer team did all of its scoring in the first half at New Buffalo on Sept. 27, with the defense doing the rest to finish a 4-0 victory.

“We came out strong and put a few in early which is always nice,” said Bridgman coach Nick Foxworthy. “Our defenders did a nice job all night keeping the ball on the attacking half. It was great to get everyone playing time as we approach district play in a couple of weeks.

Scoring those first half goals for the Bees were: Tim Pham (with 35:16 to go in first half); Ethan DeVries (29:06 remaining); and Aiden Ackerman twice (with 27:28 showing on the clock, and again at the 5:08 mark by lofting a shot over NB goalkeeper John Riley).

Riley had made a series of saves for the Bison before the final score of the match, and finished with 14.

Credited with assists for Bridgman were Jaden Blanchette, Ethan Williams and Jon Cabrera.

On Sept. 20 the Bison topped Lake Michigan Catholic 5-2 with Juan Hernandez and Harrison Bourne both contributing a pair of goals and Elliott Bourne also scoring.

Dylan Resig and Cabrera each scored twice while Ackerman and Williams both contributed a goal and a pair of assists.