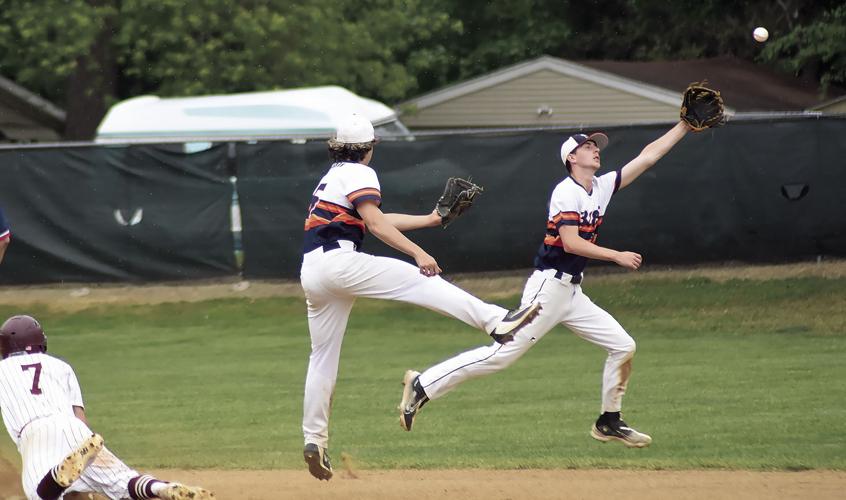 Bridgman infielders pursue the baseball on June 4 in Buchanan. 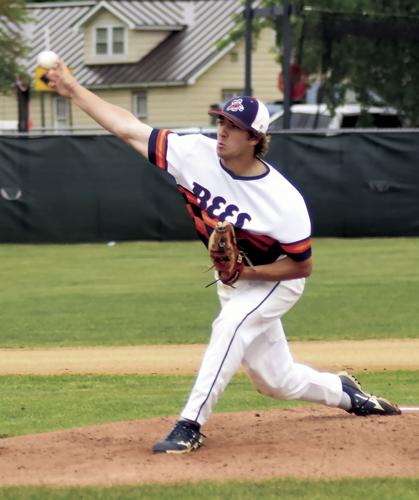 Jayce Warren pitches for Bridgman during the June 4 district tourney in Buchanan.

Bridgman infielders pursue the baseball on June 4 in Buchanan.

Jayce Warren pitches for Bridgman during the June 4 district tourney in Buchanan.

The Bees built an early 2-0lead on top-ranked Buchanan in the title contest, but the home squad rose a five-run fifth inning en route to a 6-2 triumph that yielded the program’s seventh consecutive district trophy.

Bridgman scored both of its runs in the bottom of the second when Tanner Peters was hit by a pitch with the bases loaded and Jayce Warren slammed a run-scoring single.

Buchanan cut the led in half in the third frame on a Macoy West sacrifice fly.

West and Hunter Carrington both contributed two-run singles to the decisive fifth-inning outburst.

The Bees scored in the first inning against Constantine as Alex MacMartin doubled and Warren singled him in.

Chuck Pagel had a run-scoring hit in the second stanza.

The lead grew to 3-0 in the third as Dylan Reisig singled, Pagel walked, and a run scored on a wild pitch.

Peters was safe on a close play at first to lead off the Bridgman sixth, and later scored when a Nate Necas fly ball got away in right field. Reisig’s run-scoring single later in the sixth ended the scoring.

The Bees finish with a 25-6 record and the number-seven ranking in Division 3.

The Bucks (25-4) advanced to a June 8 regional semifinal against Climax-Scotts.