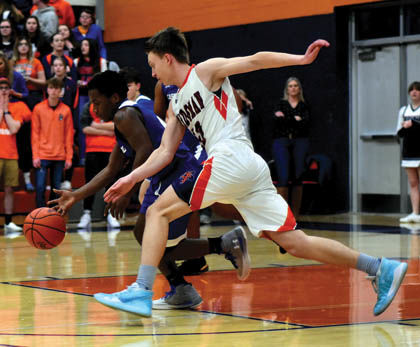 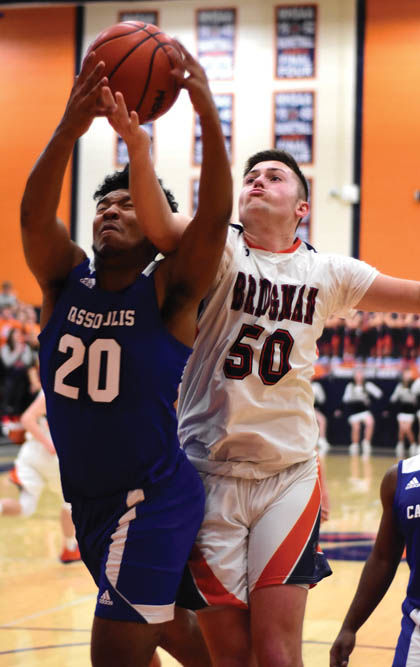 Matthew Anderson of Cassopolis (left) and Bridgman's Weston Busick compete for a rebound during the March 9 district opener. 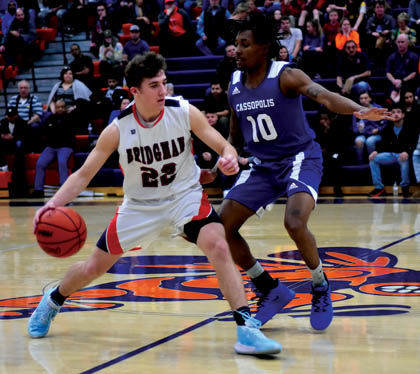 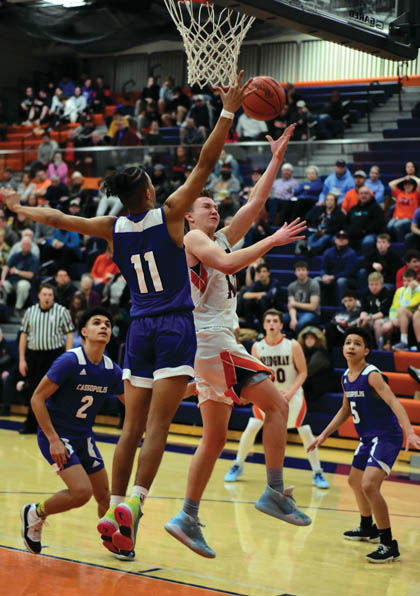 Matthew Anderson of Cassopolis (left) and Bridgman's Weston Busick compete for a rebound during the March 9 district opener.

BRIDGMAN — Bridgman’s boys basketball team jumped to an early lead over Cassopolis in Monday’s opening round of the Division 3 boys basketball district tournament, but the Bees were un­able to keep the momentum in an eventual 44-38 loss.

“I thought we played a great floor game. We only had six turnovers. That’s outstanding,” said Bridgman coach Mike Miller. “That’s great point guard play against a really good team that can create turnovers. I thought we did an excellent job rebounding. I think what happened tonight was we shot 18 percent from the 3-point line. They were good shots, and they were the right guys shooting them, they just didn’t go in.  “On the season, we’re shooting 34 percent from the 3-point line. I think if we shoot 34 percent tonight, we win the game. I think it just boiled down to that.”  Cassopolis (16-5) advances to Wednesday’s district semifinals, where it will face Countryside (7-11) at 7:30 p.m. at Bridgman.  Brandywine (17-3) and Watervliet (7-13) play in the other semifinal at 6:00 p.m., with the winners colliding Friday in the finals.  In Monday’s contest, Bridgman (15-6) was hot shooting early, con­necting on its first three attempts to take an early 7-0 lead. The Bees ex­tended that lead to 11-5 at one point in the quarter, but the Rangers closed on a 6-2 scoring run to narrow the gap to 13-11.  Cassopolis took the lead at 17-15 early in the second quarter, and from there, the Rangers never trailed again. Cassopolis outscored Bridg­man 10-2 in the quarter, which was punctuated by a Darrion Gatson 35-footer at the buzzer.  “(Bridgman) did a good job defen­sively taking things away,” Cassop­olis coach Ricky Evans said on the first half. “They took our shooters away, so we had to do a little bit of penetrating. They play defense very