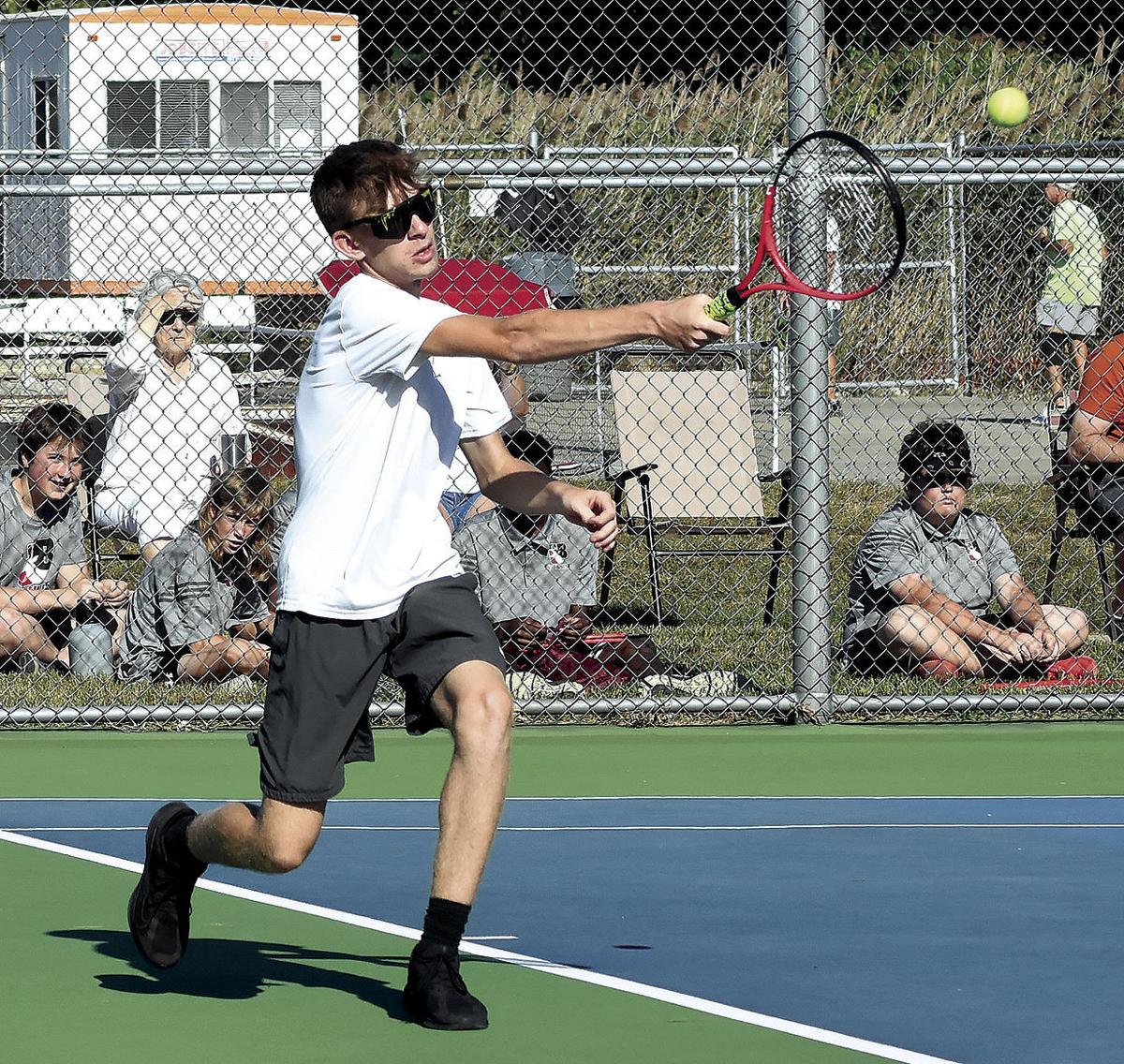 Dylan Miller of the Bridgman-New Buffalo-LMC tennis squad returns a serve on Sept. 15. 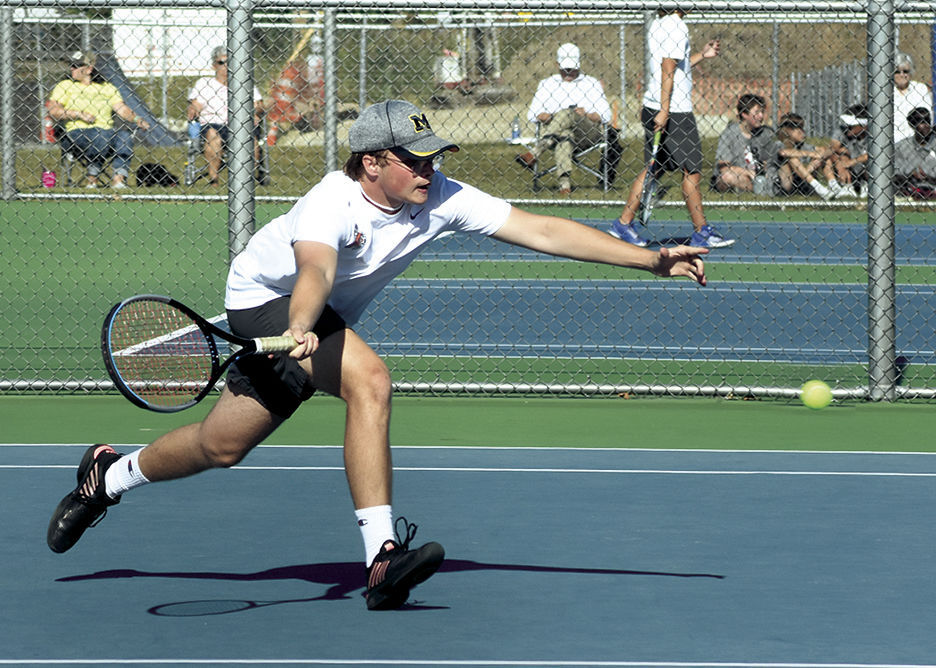 Trevor Mulick of the Bridgman-New Buffalo-LMC squad takes aim during a Sept. 15 home match with Buchahan. 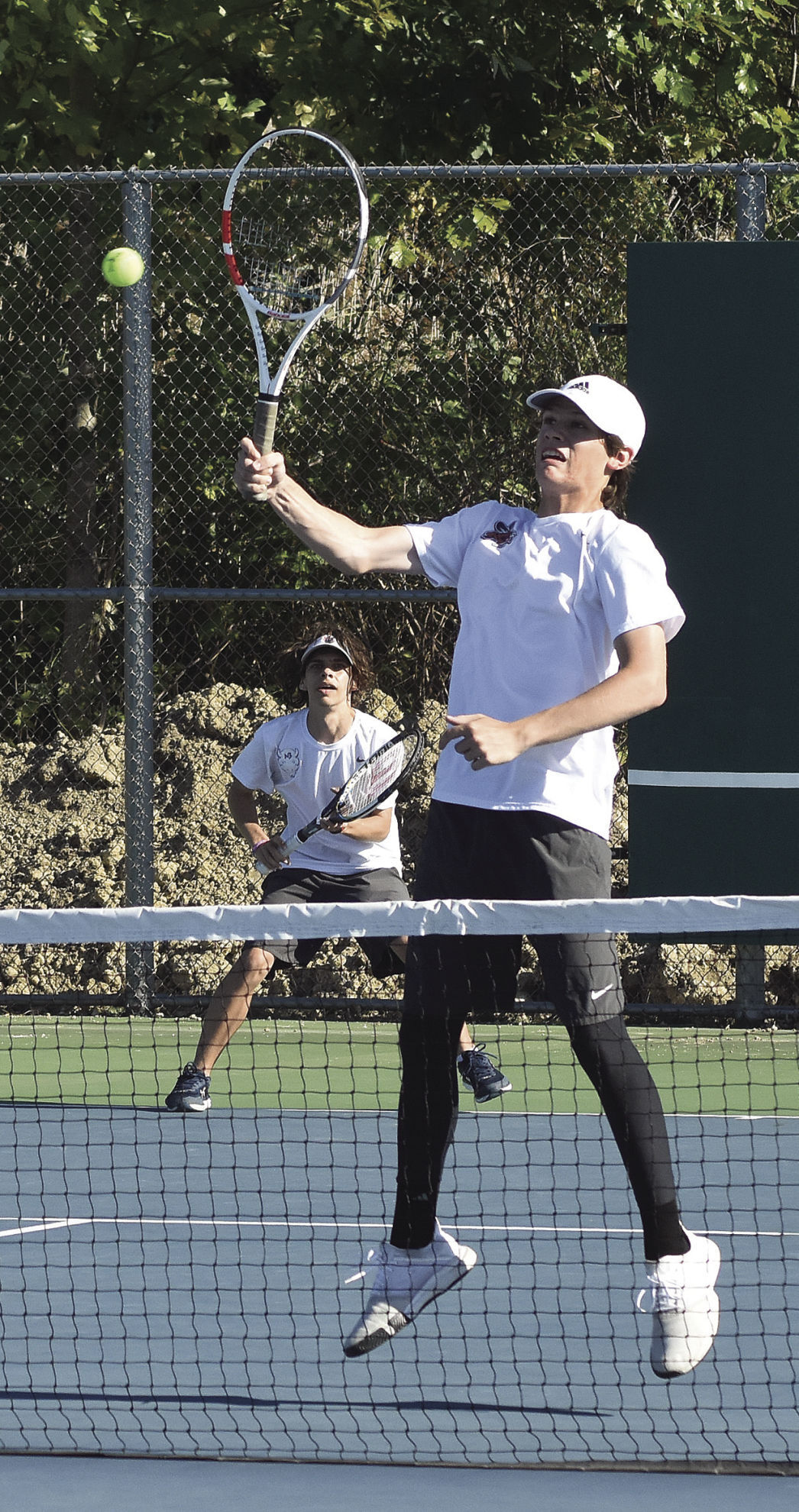 Dylan Miller of the Bridgman-New Buffalo-LMC tennis squad returns a serve on Sept. 15.

Trevor Mulick of the Bridgman-New Buffalo-LMC squad takes aim during a Sept. 15 home match with Buchahan.

NEW BUFFALO — The Bridgman-New Buffalo-Lake Michigan Catholic cooperative boys tennis team has been competitive in most of its match-ups so far this season.

Some missing players resulted in a different line-up for the Sept. 15 home opener versus Buchanan (played in New Buffalo), with the visiting Bucks eyeing out a 5-3 win.

Also playing on Sept. 15 were: Aiden Sokol and Grace Swenson.

Ingle said the team had earlier lost 3-5 to Paw Paw and Niles while tying both Buchanan and South Haven by 4-4 scores.