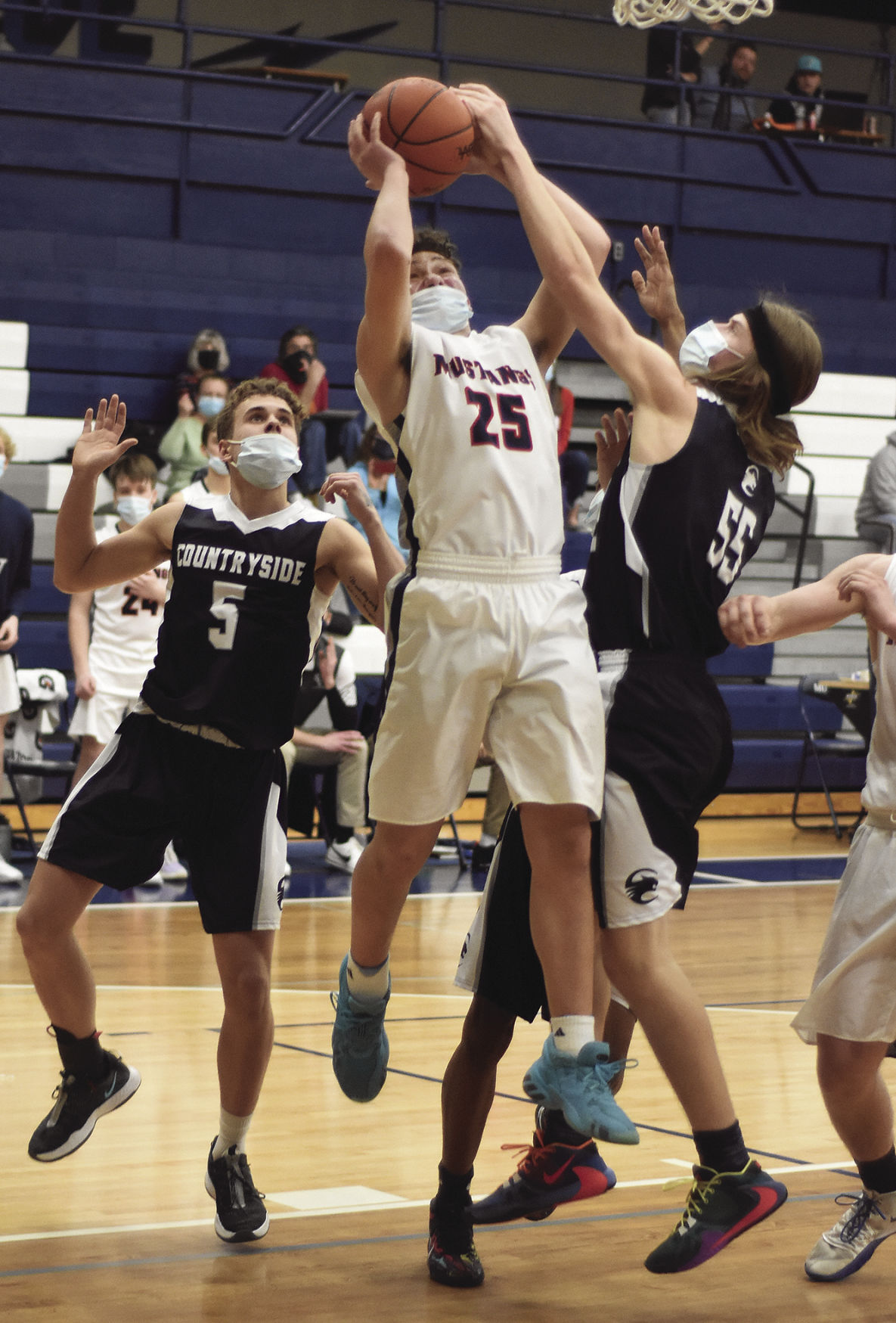 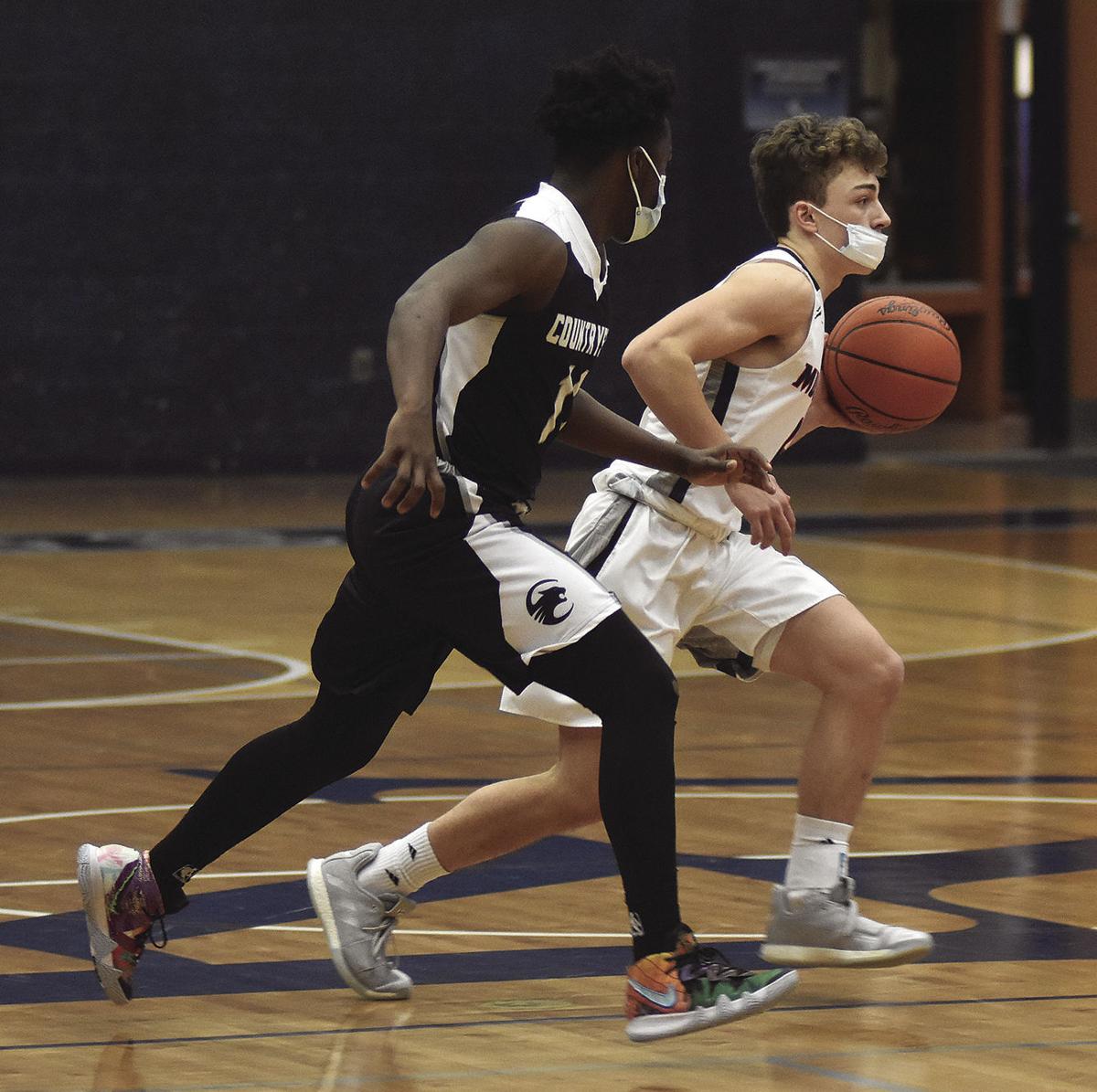 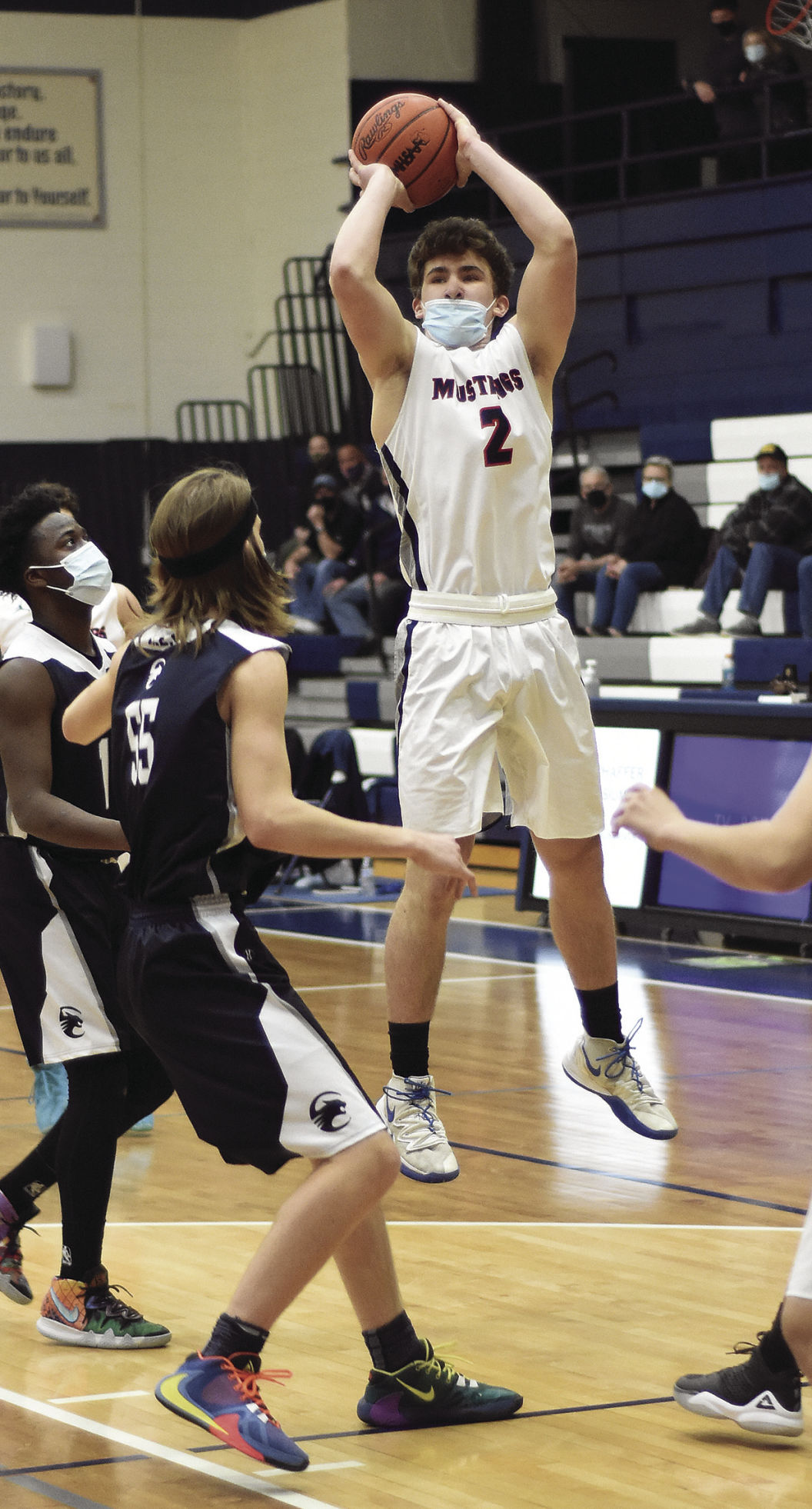 THREE OAKS — The River Valley High School boys basketball team rallied from an early 15-4 deficit against Countryside Academy to hold the lead as late as midway through the fourth quarter before the Cougars finished strong to win a March 25 Division 4 district semifinal game 73-68.

Jamere Matlock scored 11 quick points (and knocked down a trio of three-pointers) to power Countryside out to that 15-4 first-quarter advantage.

The Mustangs began catching up at the end of the opening stanza as Ashton McNabb and Josh Seifert sank three-point shots.

The rally burned brighter early in the second quarter with an Evan Gatz “3” and his steal and score pulling RV within two points (19-17).

The Mustangs later took their first lead of the game (25-23) on Lennon Lange’s turnaround jumper. Baskets by Seifert, Lange and Gavyn Rogers upped the margin to 35-29, but the Cougars finished the first half on a 6-0 run (with Matlock and La’marion Gordon netting baskets) to forge a 35-all half-time tie.

The third quarter opened with an Ashton McNabb “3” to push River Valley back on top. The lead would change hands four more times during the period (Matlock scored 11 points for the Cougars while Lange tallied 8 for the Mustangs) with Countryside holding a 54-52 lead heading into the final frame.

River Valley had battled to a 61-59 lead with 4:34 left in regulation as Ashton McNabb sank a three-pointer and Lange hit a clutch jumper, but Countryside would finish on a 12-7 run to prevail.

Gordon came up with the tying and go-ahead buckets, with a field goal from Matlock and four straight free throws by Rylee Carter opening up a 69-61 advantage.

Countryside coach Demarcus Gilbert said he told his team to “take it one play at a time” after the Mustangs made their comeback.

River Valley coach Tyler Haske said he was happy to see his players dig out of the early deficit.

He added that Lange, one of four seniors on the roster, was “our heart out there.”