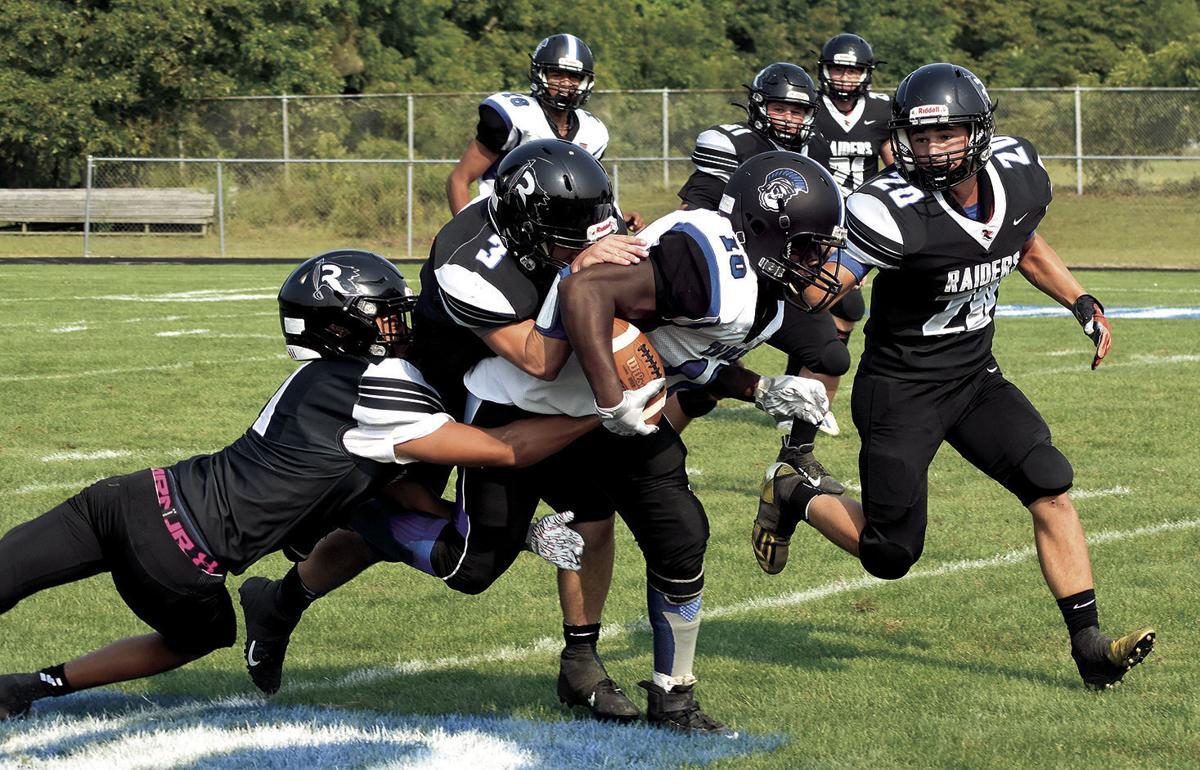 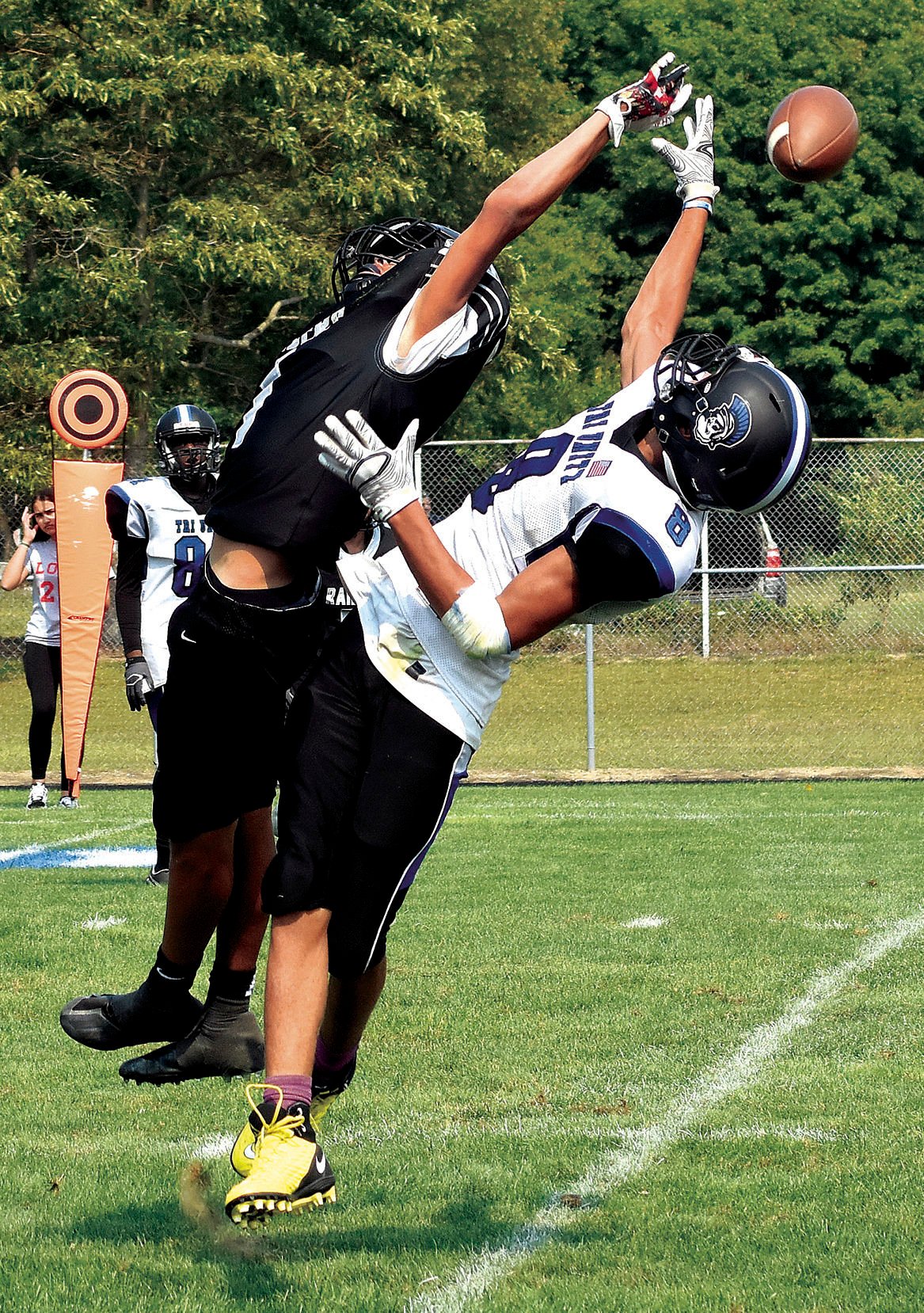 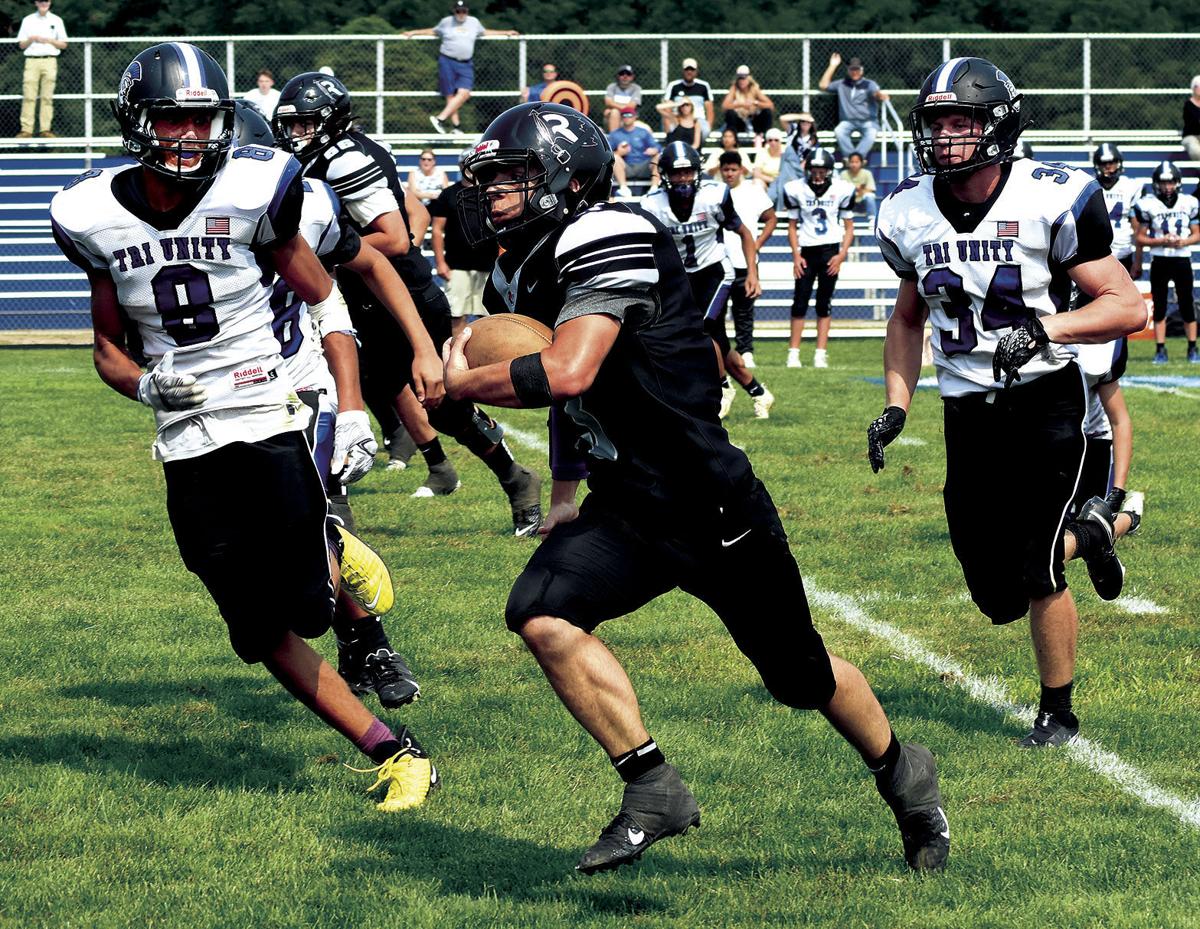 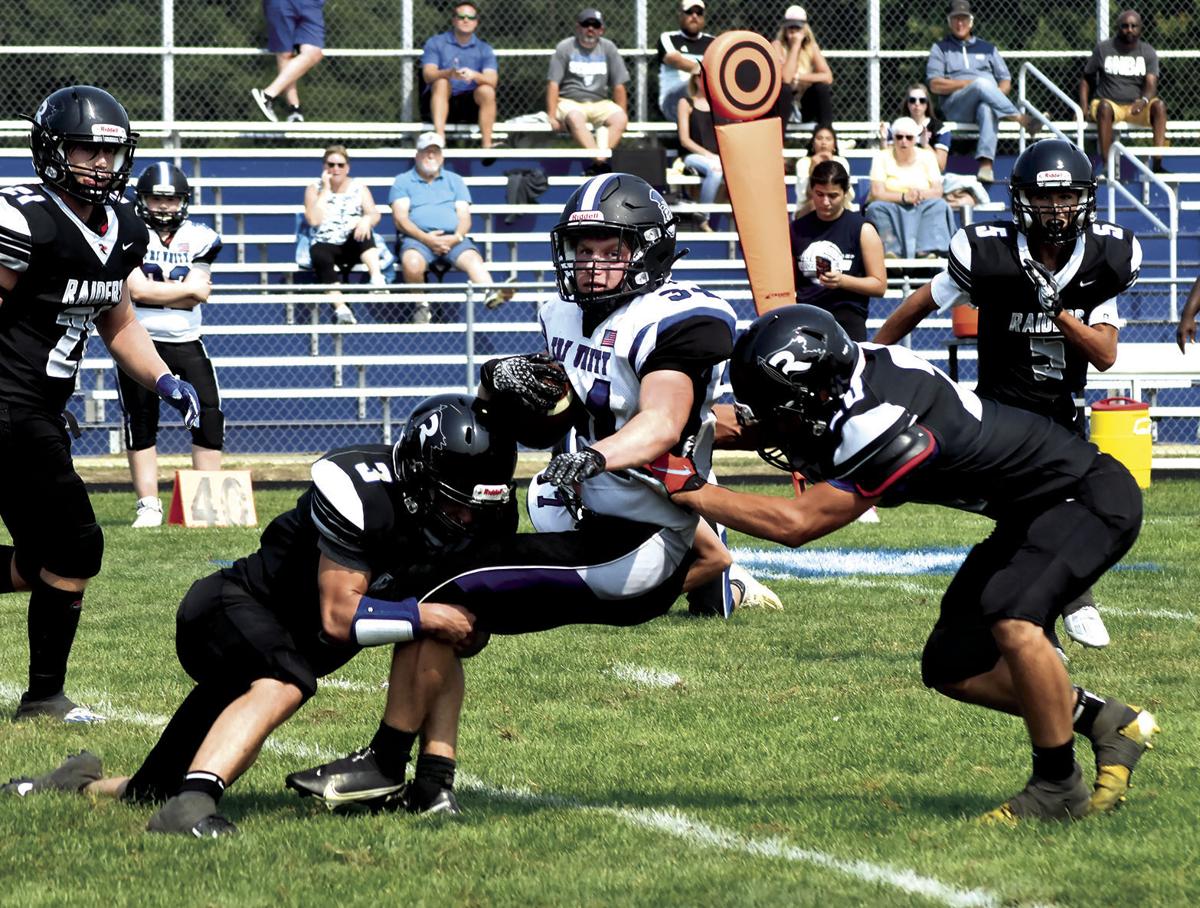 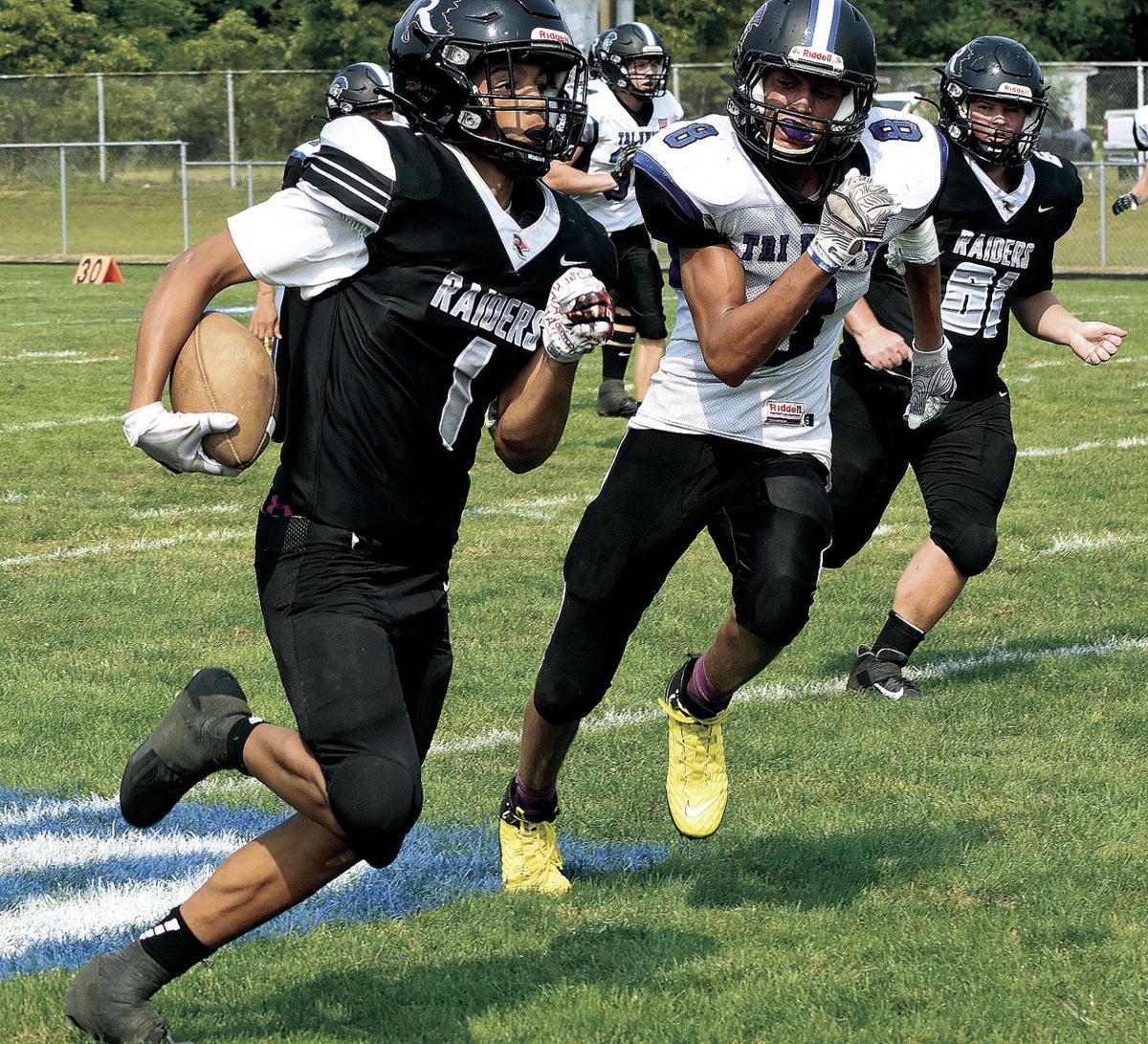 Eli Thomas of the Red Arrow Raiders (left) heads for the end zone on Sept. 11.

Eli Thomas of the Red Arrow Raiders (left) heads for the end zone on Sept. 11.

THREE OAKS — The Red Arrow Raiders broke out their new uniforms for an exciting Sept. 11 daytime battle with Tri-Unity Christian played on the River Valley field.

The RV-New Buffalo cooperative high school football squad was looking for its first on-field win, and when a six-yard touchdown run by Michael Bombin gave the Raiders a 22-20 lead late in the third quarter that goal seemed within reach.

But the Defenders finished on a 22-8 run to prevail 42-30 (it was their first victory of the young season).

The Raiders opened the scoring with 6:55 left in the first quarter with a 23-yard rush to the end zone by Ben Coffeen followed by Bombin’s two-point conversion surge.

Tri-Unity caught up quickly as Vergel Heath returned the ensuing kick-off 80 yards and tacked on two more points with a much shorter run.

Coffeen found the end zone again late in the second stanza (from two yards out) and Bombin fired a two-point conversion pass to Andrew Flick to give the Red Arrow Raiders a 16-8 half-time lead.

The Defenders vaulted on top 20-16 with a pair of third-period scores (a two-yard Heath run and his 30-yard scoring strike to Josh Rillema).

Try-Unity scored three touchdowns in the fourth quarter, all by Josh Rillema (a 75-yard sprint to the end zone, a 10-yard push to pay dirt, and a late 65-yard pass from Heath that sealed the deal after Bombin had rambled 47 yards to leave the score 36-30).

The Raiders are scheduled to face the Twin City Sharks at 7 p.m. Saturday, Sept. 18, at Lakeshore High School.

The Bees (3-0) got a road win on Sept. 10 as Nate Necas ran for 111 yards and two touchdowns; Reid Haskins completed 5 of 9 passes for two TDs and ran for 60 yards and two more scores; defensive tackle Clark Smith had a pick six; and Jayce Warren caught a pair of touchdown passes.

Bridgman is scheduled to host Mendon at 7 p.m. Friday, Sept 17, with a salute to first responders planned earlier that evening.