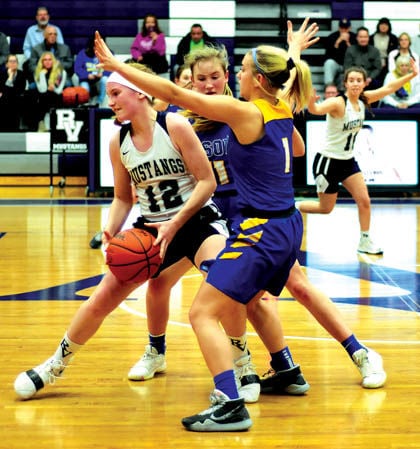 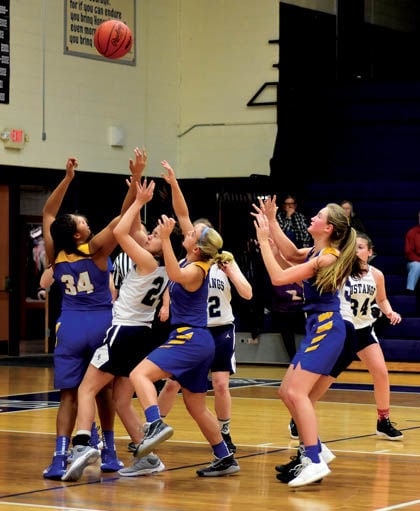 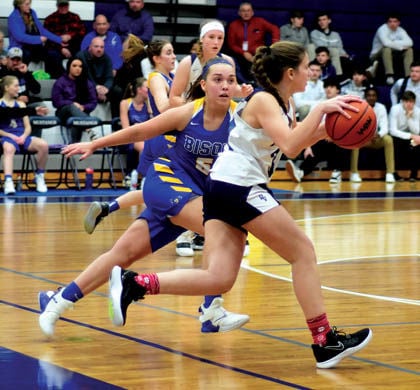 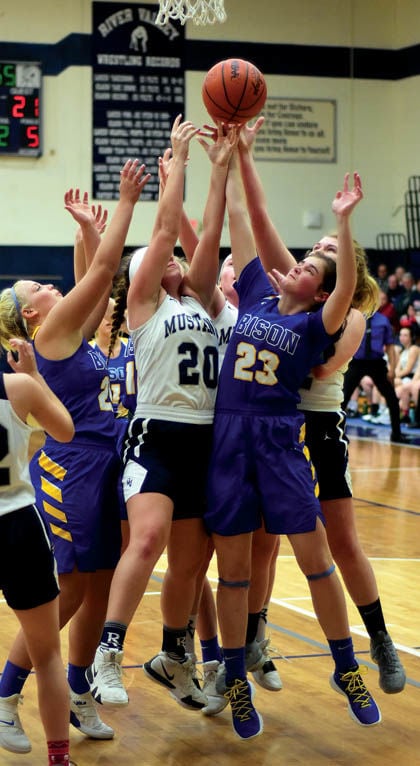 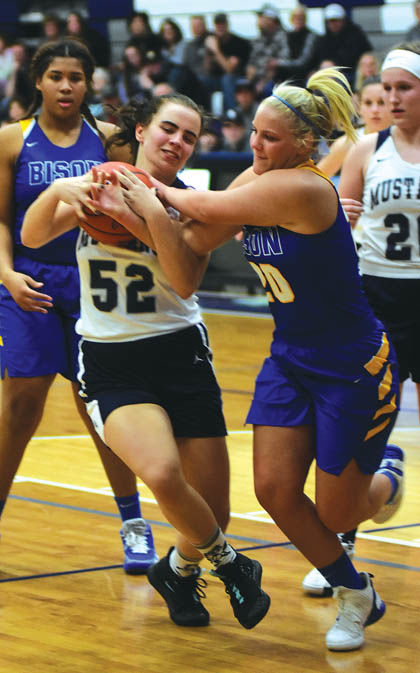 Rebecca Oman and Clair Workman batle for a rebound. 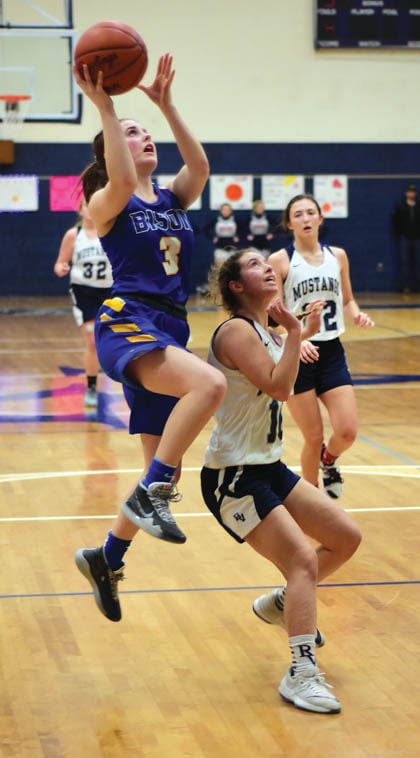 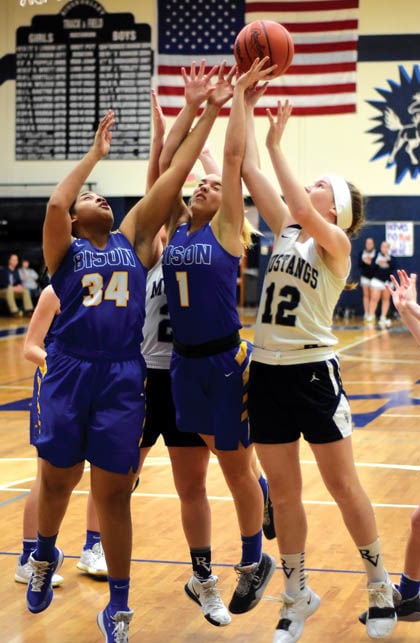 A rebound battle during the Jan. 24 game. 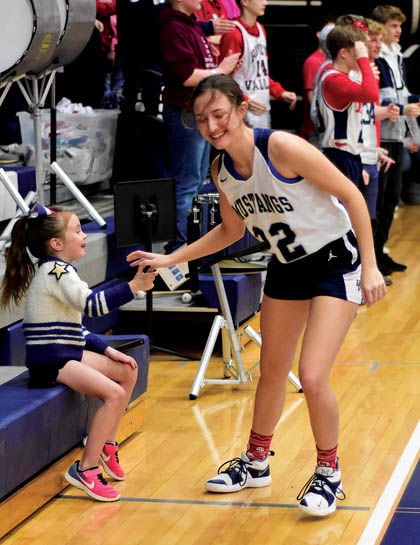 Rebecca Oman and Clair Workman batle for a rebound.

A rebound battle during the Jan. 24 game.

The outcome left both squads with two losses in a conference led by unbeaten MIchigan Lutheran. The Bison edged RV 41-39 earlier this season.

The Jan. 24 game opened with a three-pointer by River Valley’s Taylor Volstorf, but New Buffalo pushed back on scores by Kelsey Corkran and Nadia Collins to lead 4-3.

The Mustangs finished the opening period on a 7-2 run powered by scoring from Hailey Hauch, Emma Springer, Annekah Witter and Macey Springer.

The Mustangs were in control throughout the second quarter, out-scoring the Bison 11-4.

Valley tallied the first nine points of the period, with Lucia Rico driving to the hoop for four straight scores, the first starting with her steal and the last finished with a crowd-pleasing school shot.

New Buffalo’s lone field goal of the second stanza fell with 1:15 remaining in the half as Mary Mayer converted an offensives rebound into two points.

Slowly but surely the Bison cut into that margin during the third quarter. Baskets by Abby Vitale and Collins along with three Collins free throws sent New Buffalo into the final frame trailing 25-19.

After trading baskets early in the fourth (to make it a 27-21 ball-game) there was a lengthy period ruled by both defensive units.

Taylor Volstorf finally broke through for the Mustangs, driving up the lane and dropping in a big basket with 3:34 showing on the clock.

“I looked in the middle and saw there was nobody there, so I drove … We neded the score,” Volstorf said.

“I ust knew we had to score … got to be confident and shoot,” Hauch said.

New Buffalo made one last charge as Vitale and Collins scored to pull their team within eight (33-25), but Valley finished the contest by going 3-for-4 from the foul line (Vert made the first two and Volstorf added one more with just 11 seconds to go).

Rico led all scorers with 12 points while Hauch and Volstorf each had 6 points for the Mustangs.

Collins paced the Bison with 10 points.