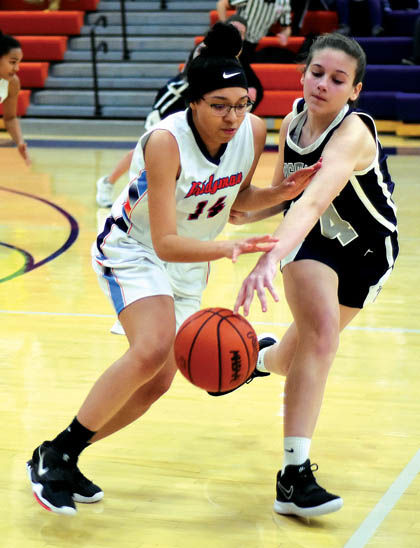 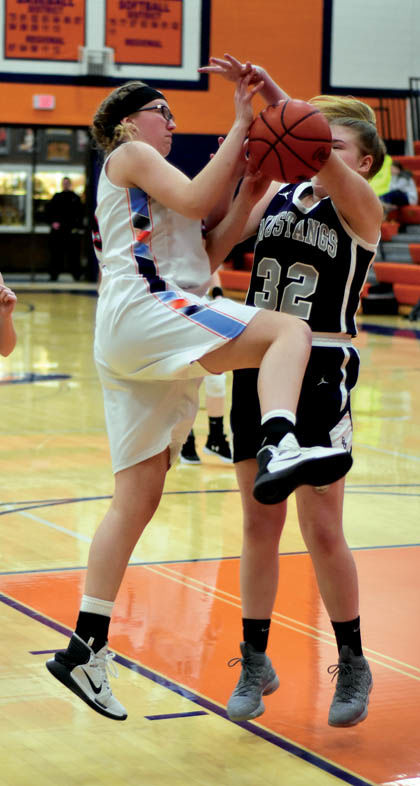 BRIDGMAN — The River Valley girls basketball team out-scored Bridgman 12-3 in the fourth quarter of a Jan. 21 game to convert a close contest into a 36-25 triumph.

Bridgman held a 16-15 advantage at half-time as Olivia Tomlin and Samantha Rydwelski hit baskets for the home team.

The Mustangs had built a 21-18 lead midway through the third period thanks to field goals from Hailey Hauch and Emma Springer, but the Bees battled back to lead 22-21 as Talea LaVanway scored on consecutive possessions.

Lucio Rico’s steal and lay-up followed by a 1-for-2 trip to the free-throw line by Kaylee Jirtle left River Valley on top 24-22 heading into the final frame.

Neither team scored in the first portion of the fourth quarter, as a group of RV reserves played tough D.

“Our second unit has been a key to a lot of our victories this year because they’ve come in and played solid defense,” said River Valley coach Jason Alexander.

The Mustangs eventually went on a decisive 6-0 run as Rico, Macey Springer and Hauch hit shots (with Volstorf assisting on the last two).

Rydwelski made a free throw with 1:54 left in regulation to pull Bridgman within seven (30-23), but Valley then upped the lead to 36-23 as Emma Springer, Hauch and Volstorf netted baskets.

“We started implementing our 1-3-1 press and I think that’s really beneficial for us,” Emma Springer said.

Emma Springer and Hauch each scored 8 points for the Mustangs while Rico finished with 6 points and Macey Springer had 5.