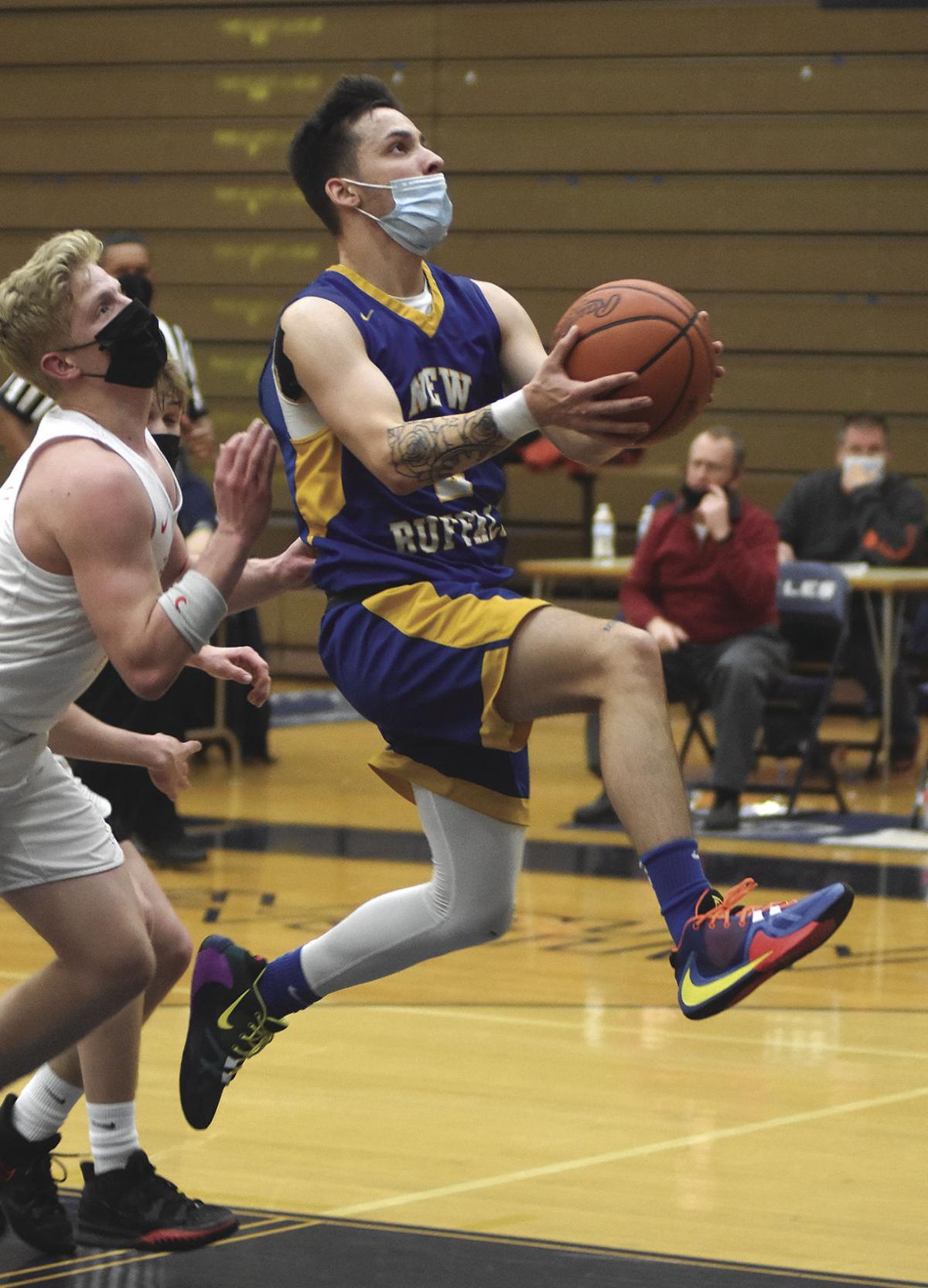 Kaden Parmley drives to the basket for New Buffalo during the March 30 regional semifinal game. 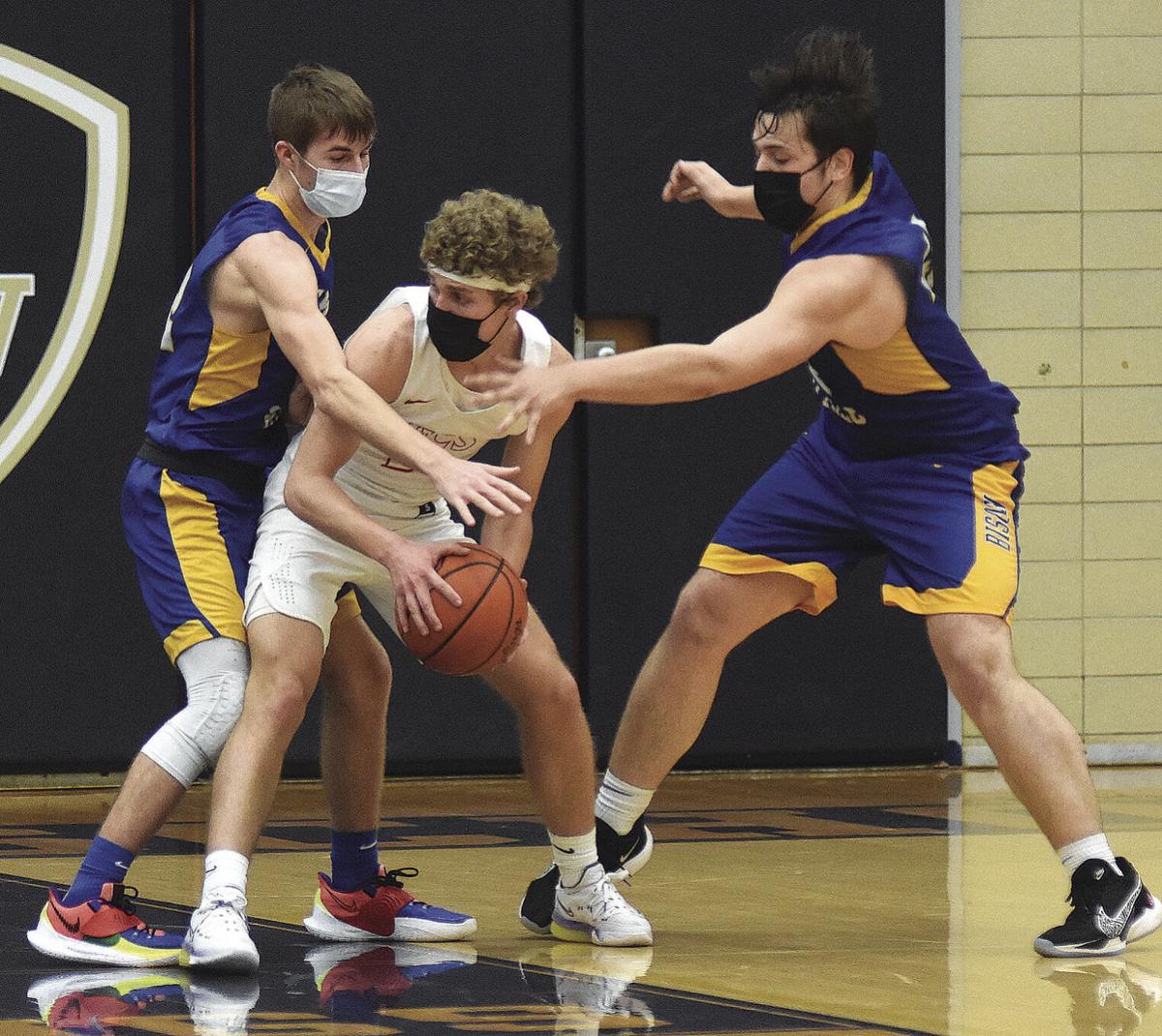 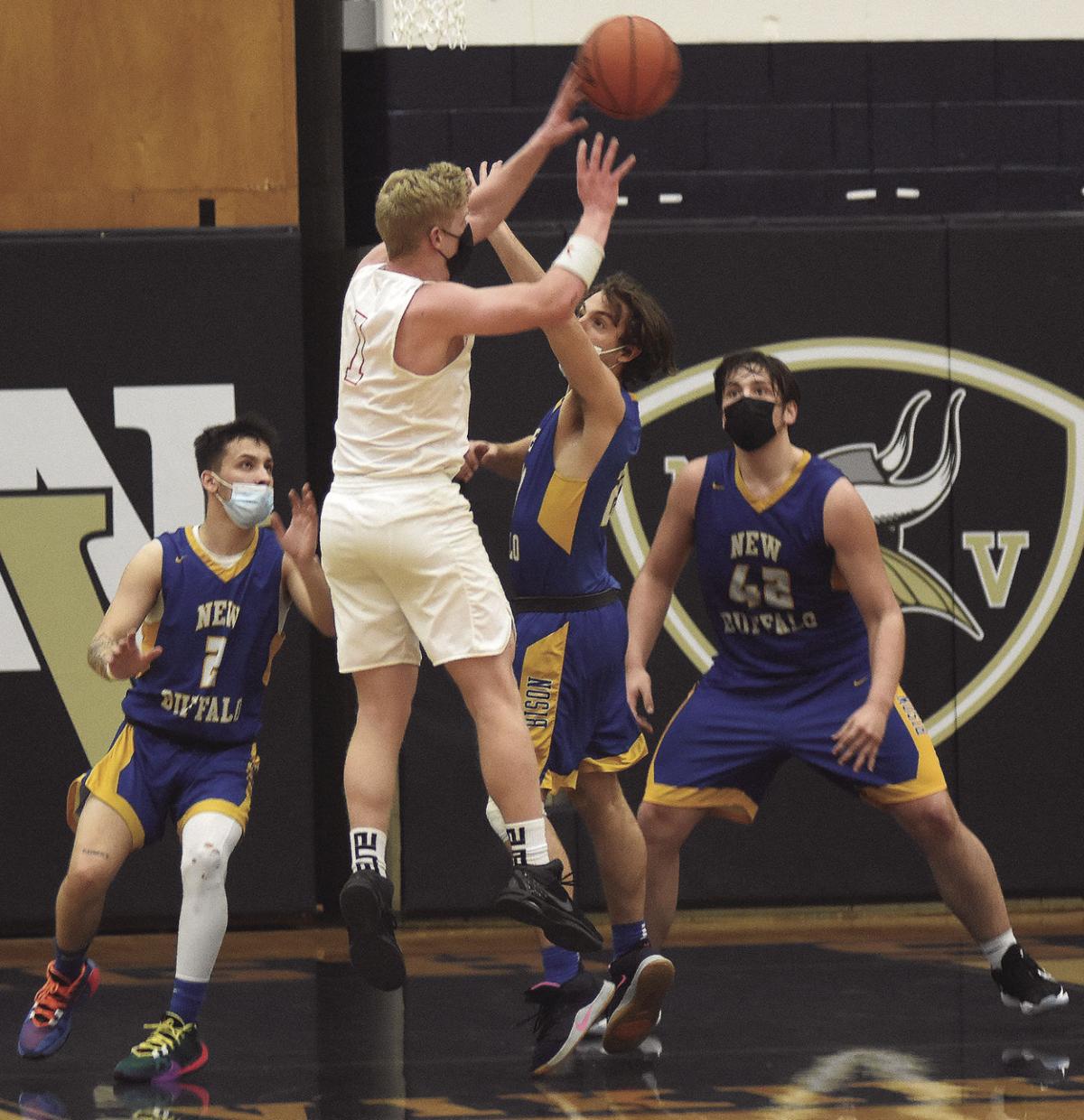 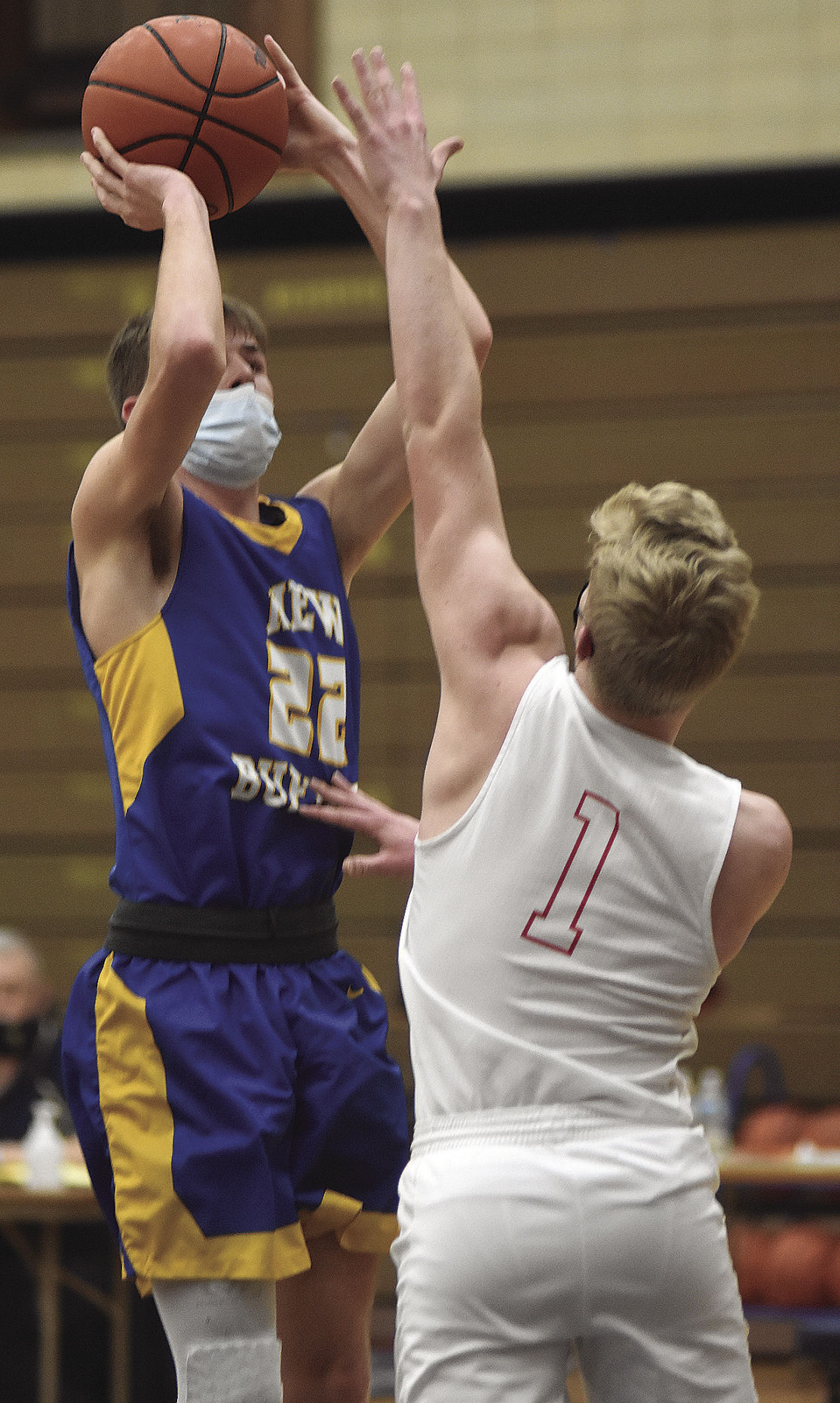 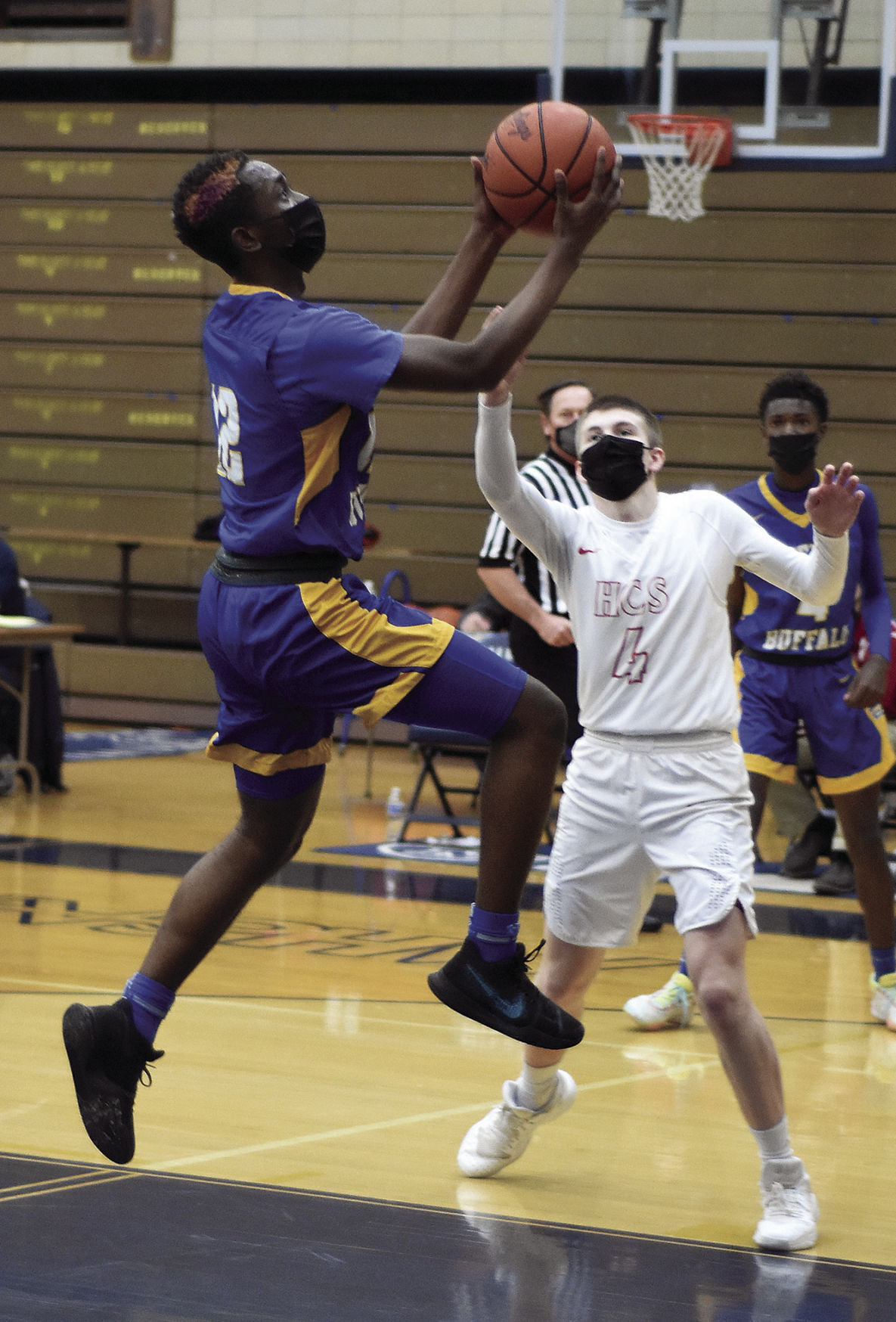 Mark Shaw of New Buffalo drives to the basket.

Kaden Parmley drives to the basket for New Buffalo during the March 30 regional semifinal game.

Mark Shaw of New Buffalo drives to the basket.

NILES — The New Buffalo High School boys basketball team rallied from a 12-point fourth-quarter deficit to challenge Howardsville Christian down the stretch of a March 30 Division 4 regional semifinal game, but the Eagles held on to prevail 53-49.

The Bison led 8-5 after a low-scoring first period in the Niles High School gym. Mark Shaw and Jeremiah Mitchell each scored four points in the early going.

Trailing 20-16 at half-time, New Buffalo vaulted on top 21-20 as Kaden Parmley knocked down a three-pointer and then tallied a lay-up.

Three-point baskets by Jurgens and Cripps helped the Eagles carry a 35-29 lead into the final stanza, and the margin grew to a dozen points (43-31) as Parks and Jurgens were on target from three-point land.

Parmley would score 9 of the Bison’s next 11 points to narrow the Howardsville advantage down to four points (46-42) with about three minutes left in regulation.

But the Eagles went on to battle NB to a 7-7 draw that equaled the 53-49 final tally. All seven of those Howardsville points came from the free-throw line.