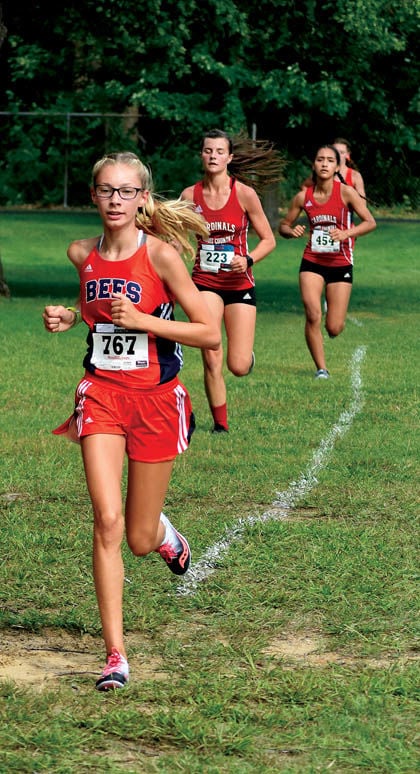 Karsyn Stewart of Bridgman leads the way during an Aug. 21 cross country meet hosted by the Bees. 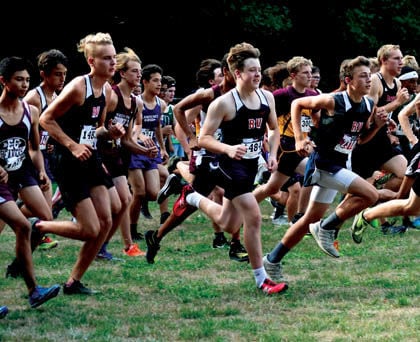 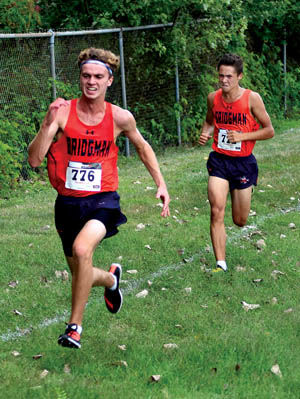 Chipper Steffey and A.J Hackett of Bridgman finish strong up the hill on Aug. 21. 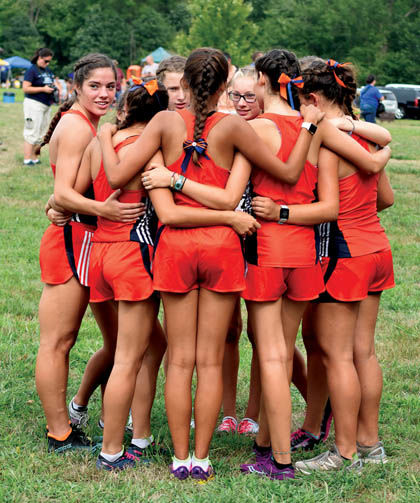 Bridgman girls runners huddle before the start of the Aug. 21 meet at Lake Township Park. 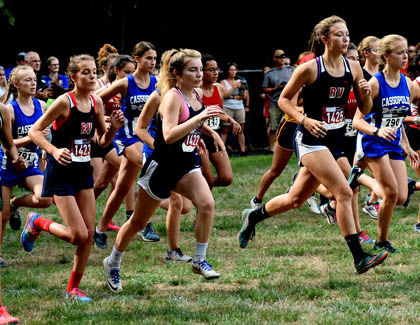 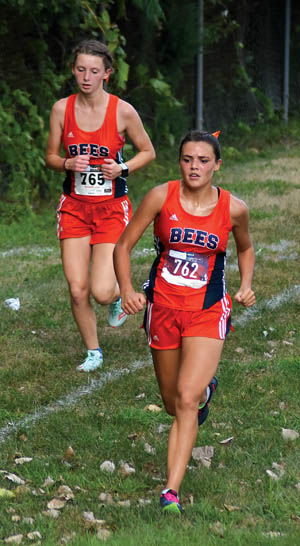 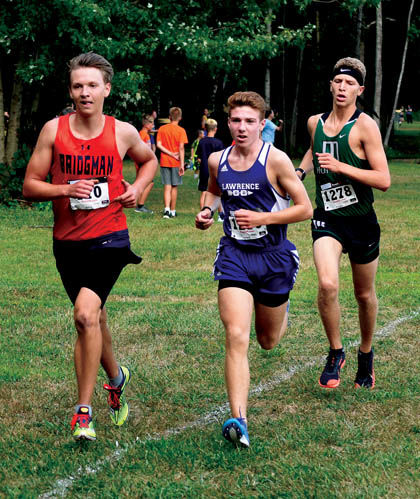 Karsyn Stewart of Bridgman leads the way during an Aug. 21 cross country meet hosted by the Bees.

Chipper Steffey and A.J Hackett of Bridgman finish strong up the hill on Aug. 21.

Bridgman girls runners huddle before the start of the Aug. 21 meet at Lake Township Park.

BRIDGMAN — The Bridg­man girls cross country team had a great start to the season at the Aug. 21 Bridgman Invita­tional.

The Bees placed four runners in the top 10 to take first over­all with 35 points, edging out Bloomingdale’s 44.

Hartford was third with 69 points, Cassopolis fourth with 146, and Bangor fifth with 152.

“I think the girls ran really well,” Bridgman coach Spen­cer Carr said. “Karsyn has been our number one the past couple of years and she ran well today. Summer Fast was a freshman we knew would be pretty good but weren’t sure she’d be up there. Jane ran her fastest time ever to­day. Our first four ran pretty well and Alexa ran her best time ever

Bloomingdale junior Kallie Harrison pulled away from Stew­art after the first mile and took first place overall with a time of 21:07.

“I just wanted to beat my re­cord from last year and I did that today,” Harrison said. “I wanted to start slow and that didn’t work out the way I wanted it to. I just wanted to keep the pace that I did during the first mile and I think I did that pretty well.”

Bloomingdale’s Joe Furlan came in first overall in the boys’ race with a time of 17:25. Buchanan’s Walker Barz (17:59.7) finished third.

“I knew that Buchanan kid was going out fast, so I just let it happen,” Furlan said. “I gradually caught up to him around the one-mile mark and just stayed with him until the second mile. That’s what I did and the game plan worked.”

“I thought our guys ran OK today,” Carr said. “(Luke) ran a great race. Our freshmen are running well. We have three freshmen in our top seven and they ran better than I expected. We just need our veterans running better and I think they’ll do it. I think this is kind of a wake-up call for them.”