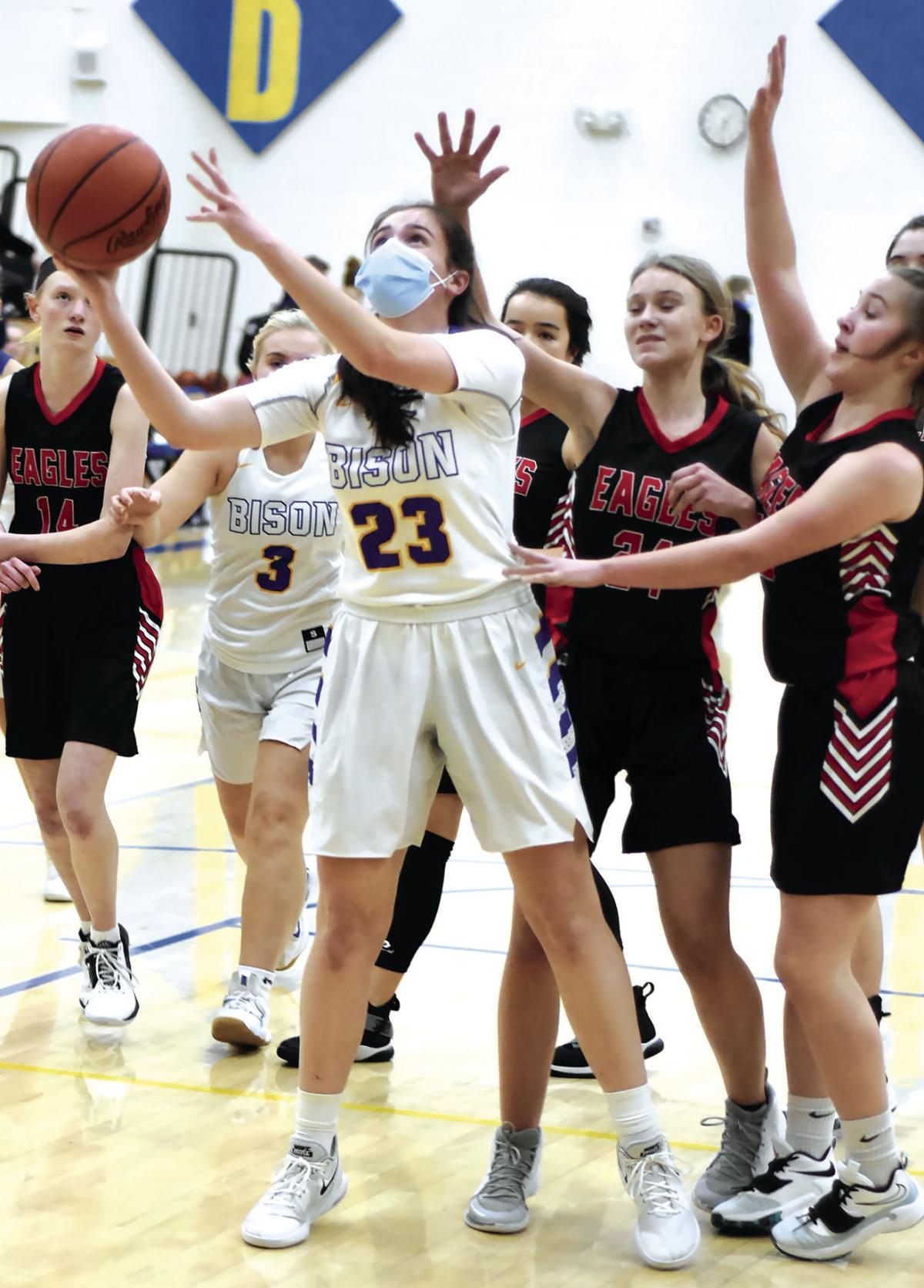 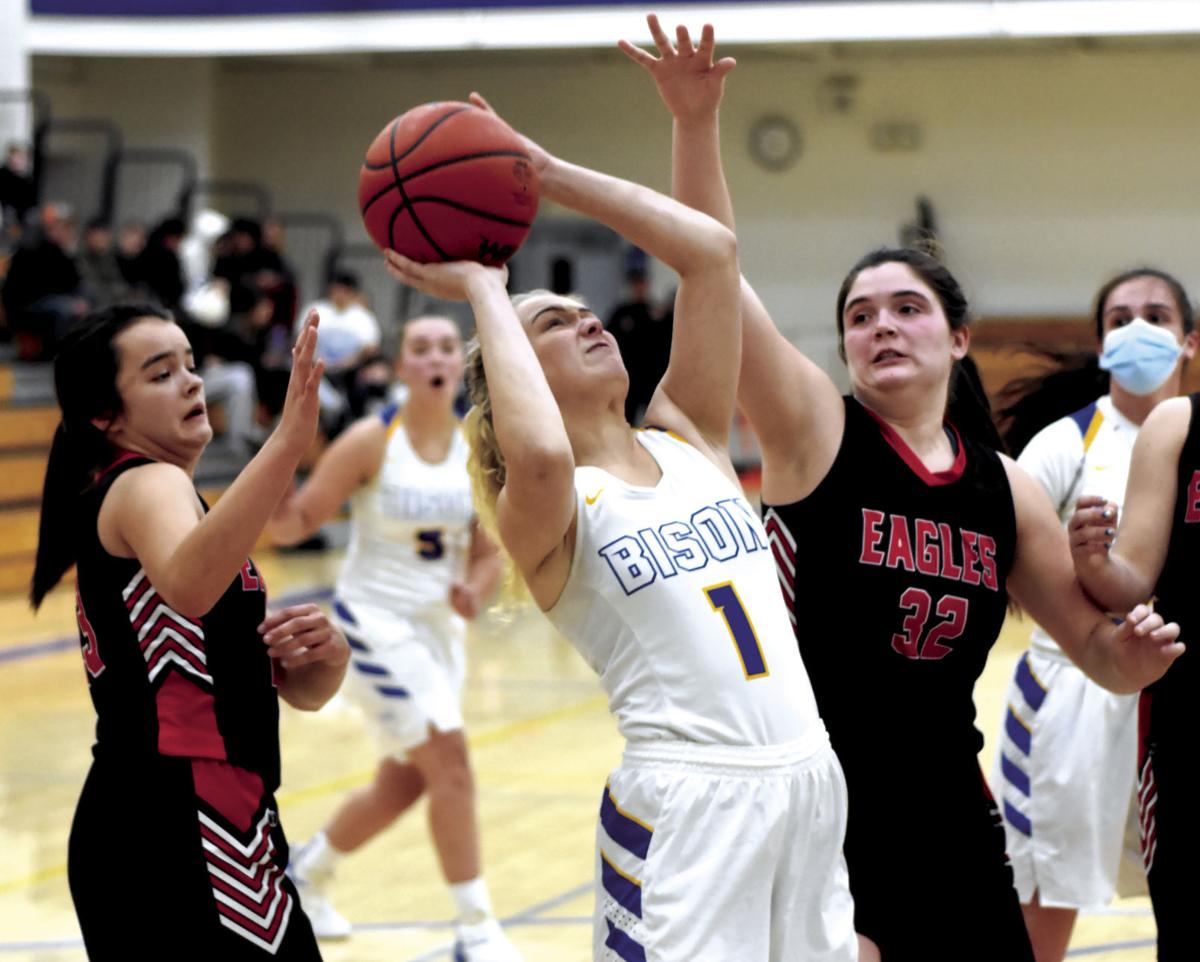 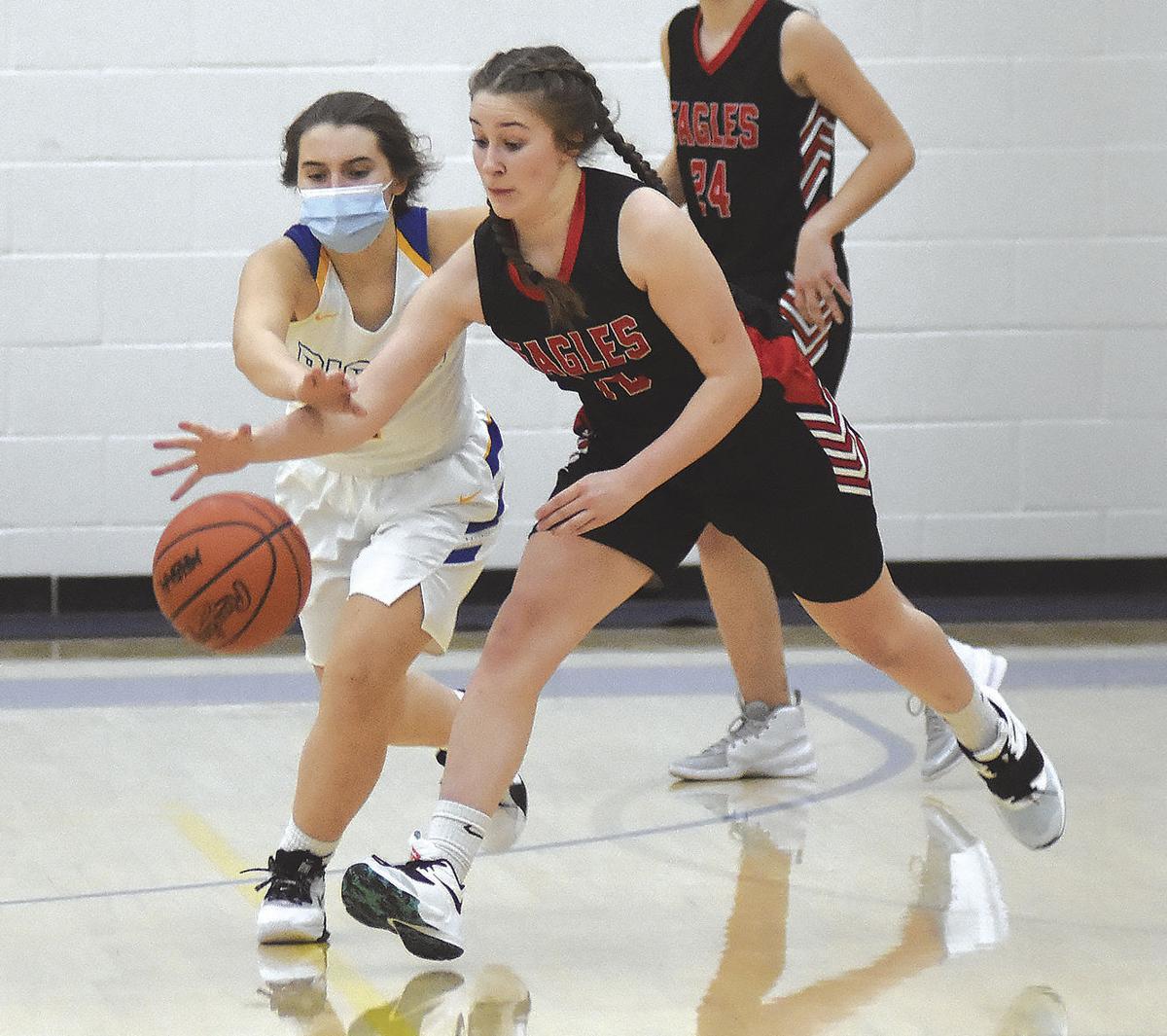 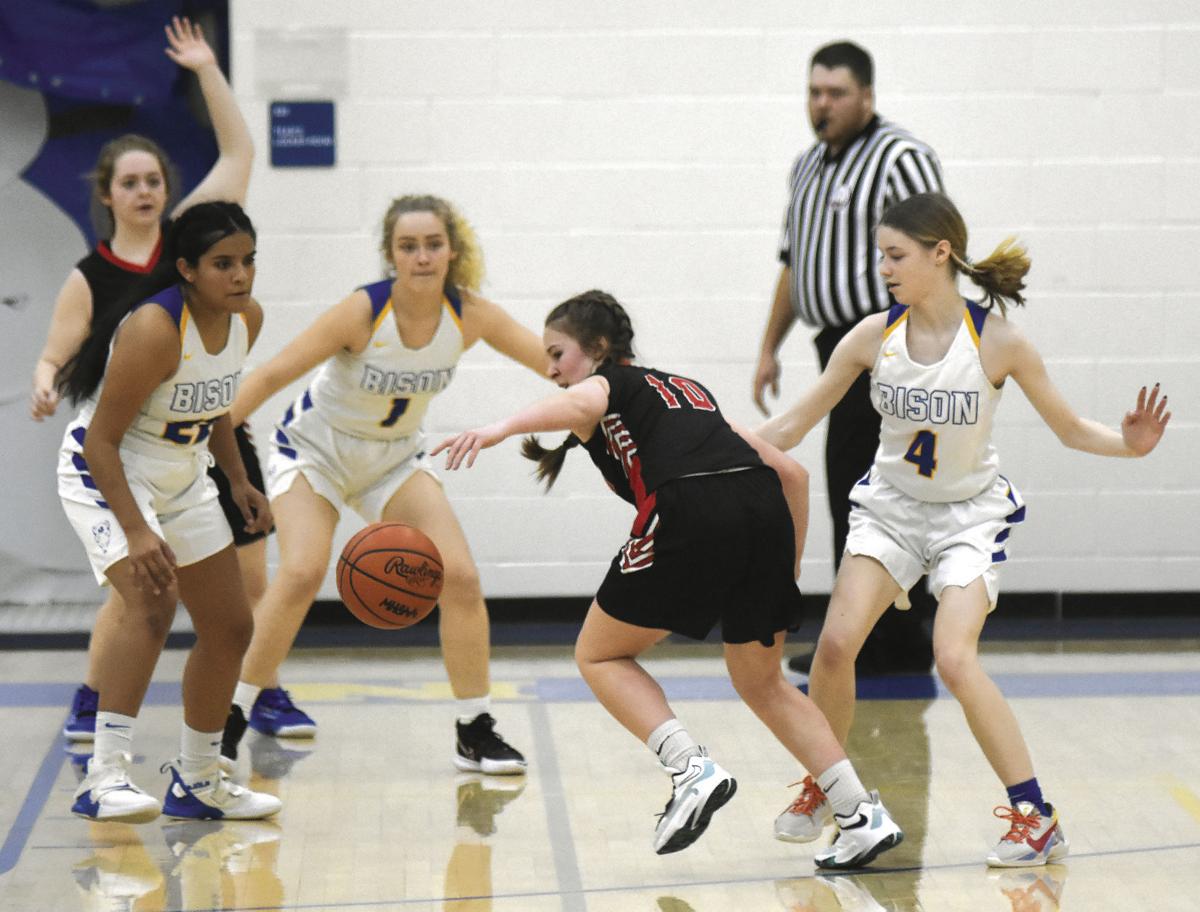 NEW BUFFALO — The New Buffalo High School girls varsity basketball team out-scored Howardsville Christian 14-2 in the fourth quarter on Monday, Jan, 10, to secure its first victory of the season by a 41-23 tally.

“We were really focused on taking this one quarter at a time,” said New Buffalo head coach David Kelly. “The girls were hearing from myself and each other not to let this one get away from us.”

The visiting Eagles battled back in the second period, with a three-point shot from Kelsey Muldoon cutting the margin to just two points (12-10) midway through the quarter.

New Buffalo finished the first half strong as scores by Sam Smith and Parmley followed by James’ buzzer-beating three-pointer accounting for a 19-12 half-time lead.

Howardsville made another run at the lead in the third frame, with scores from Katie Evans, Mercy Gardner and Alayne Brown pulling the Eagles within three points (21-18).

Baskets by James and Arvanitis helped send the home team into the final quarter on top 27-21, and they would never look back.

New Buffalo scored the first 14 points of the fourth period to build an insurmountable 41-21 margin. Contributing to the decisive run were Arvanitis, James, and Smith (who accounted for eight of the points).

“We really wanted to finally get our first win, so we knew had to step it up,” Smith said.

“It’s feeling great to have the first one,” said James, one of the team’s seniors. “Love to spend the season with these girls.”