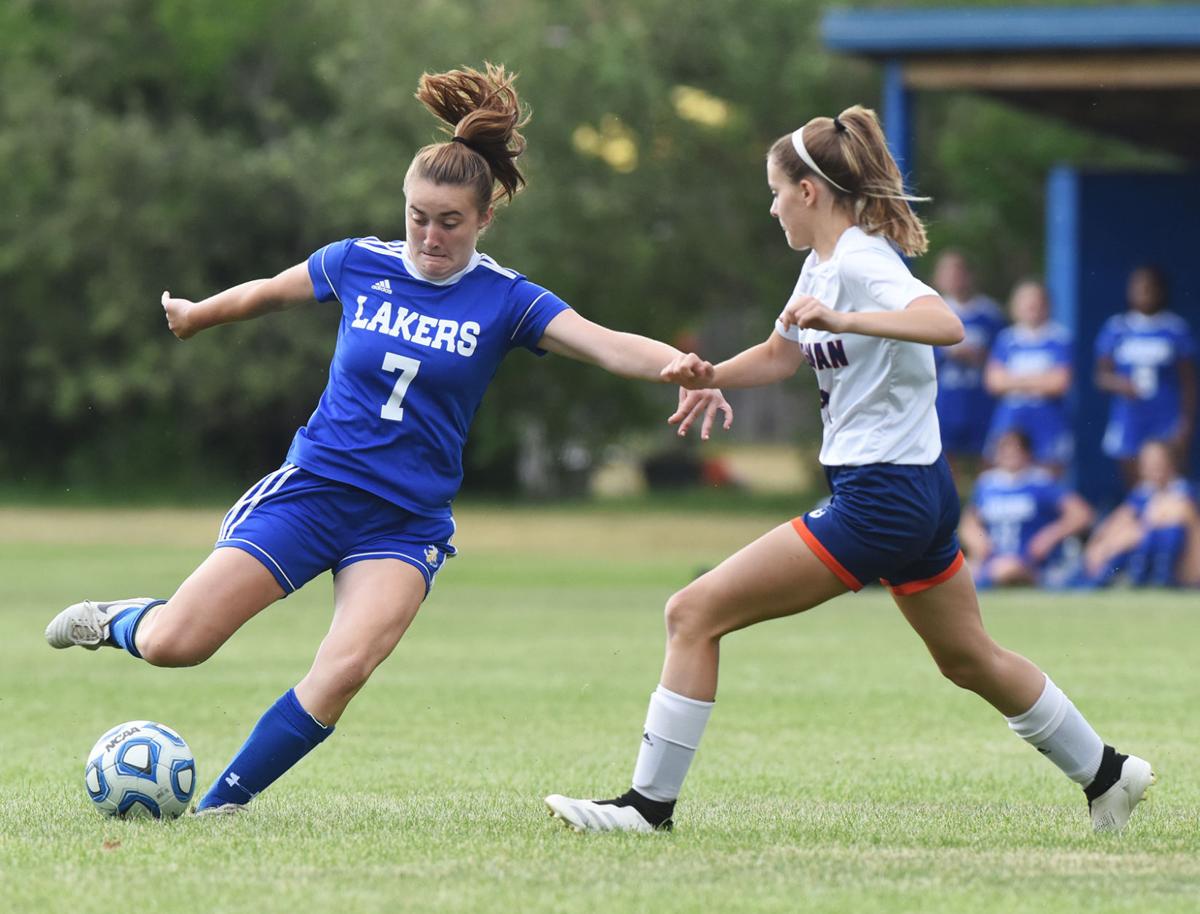 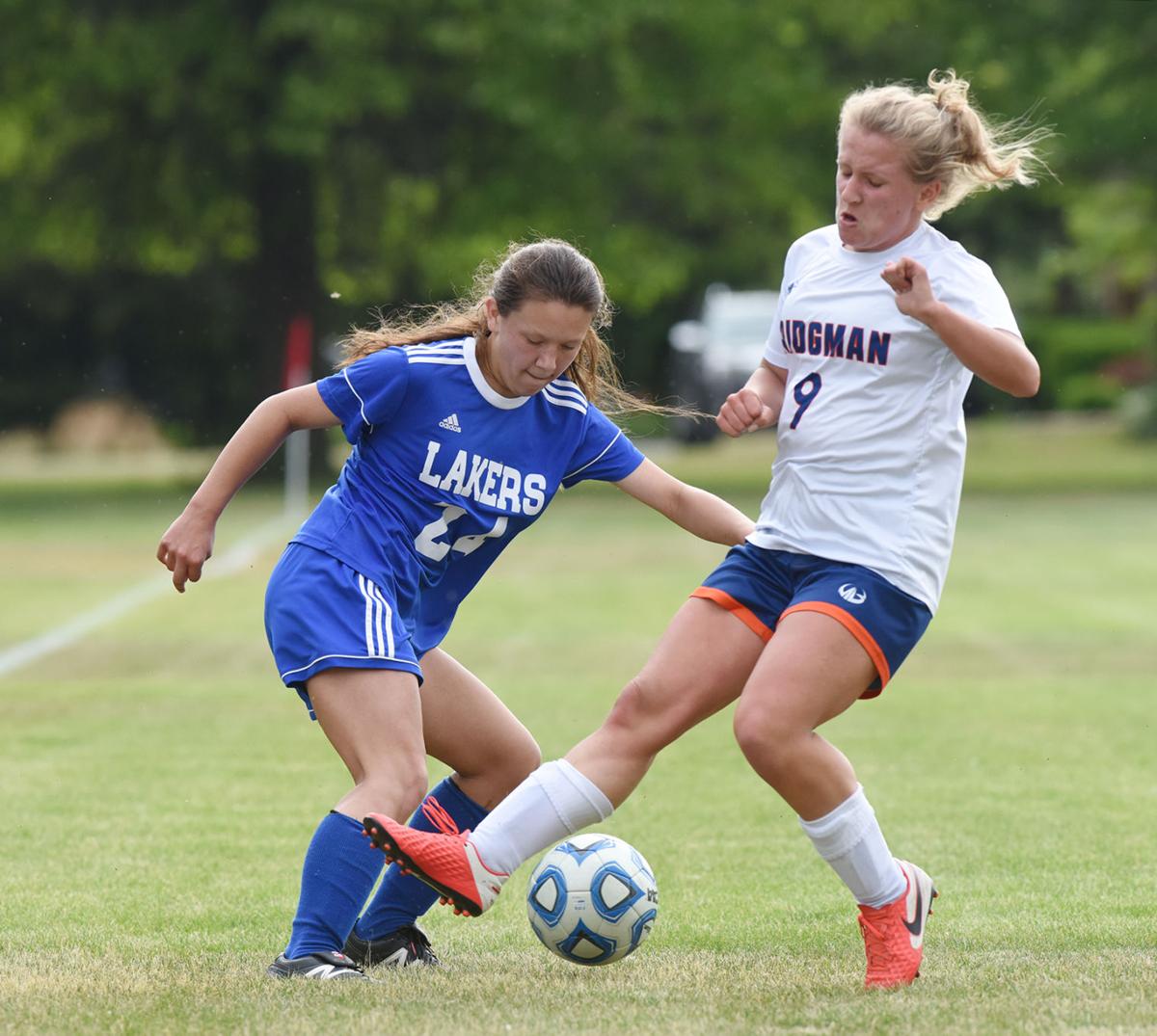 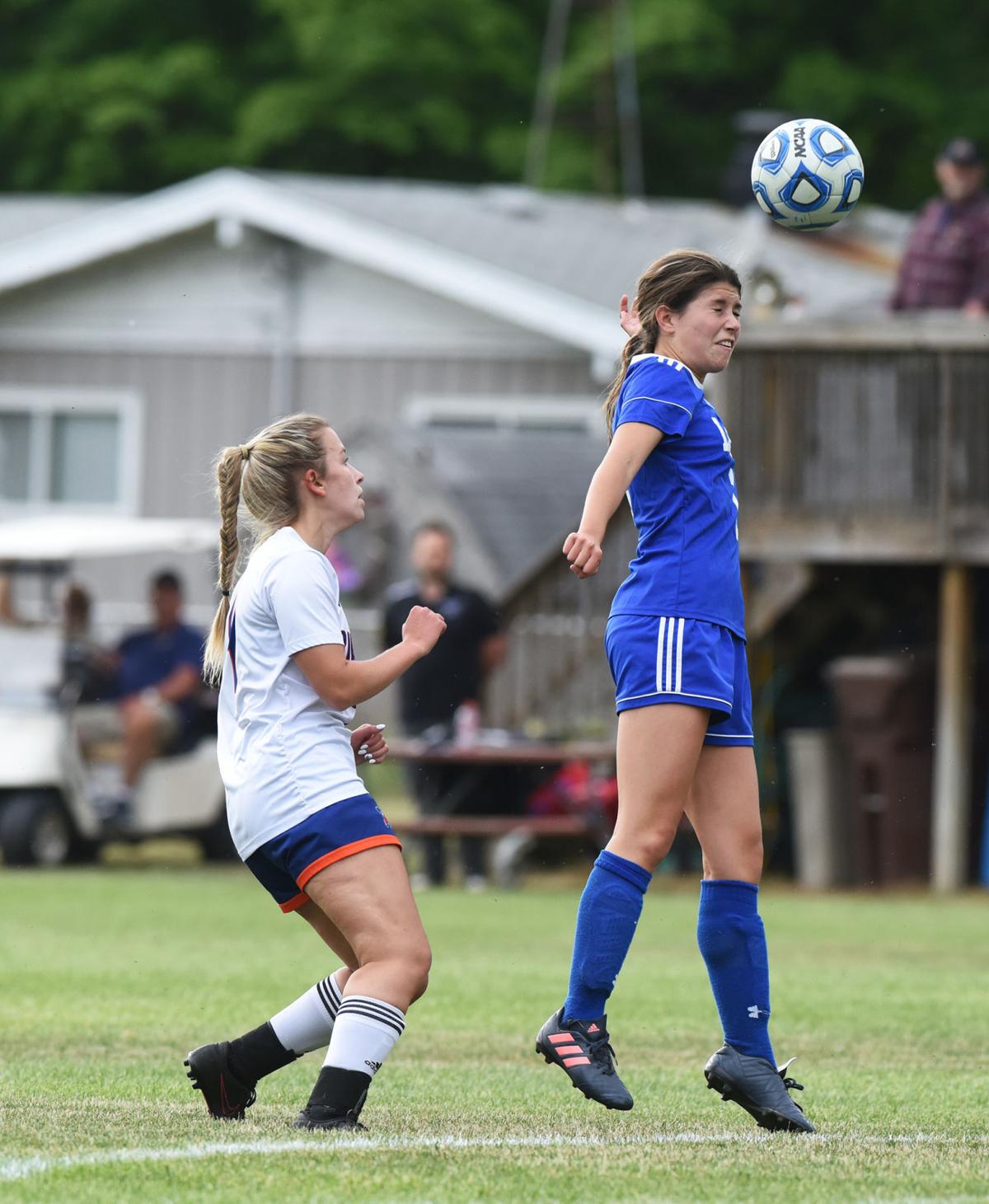 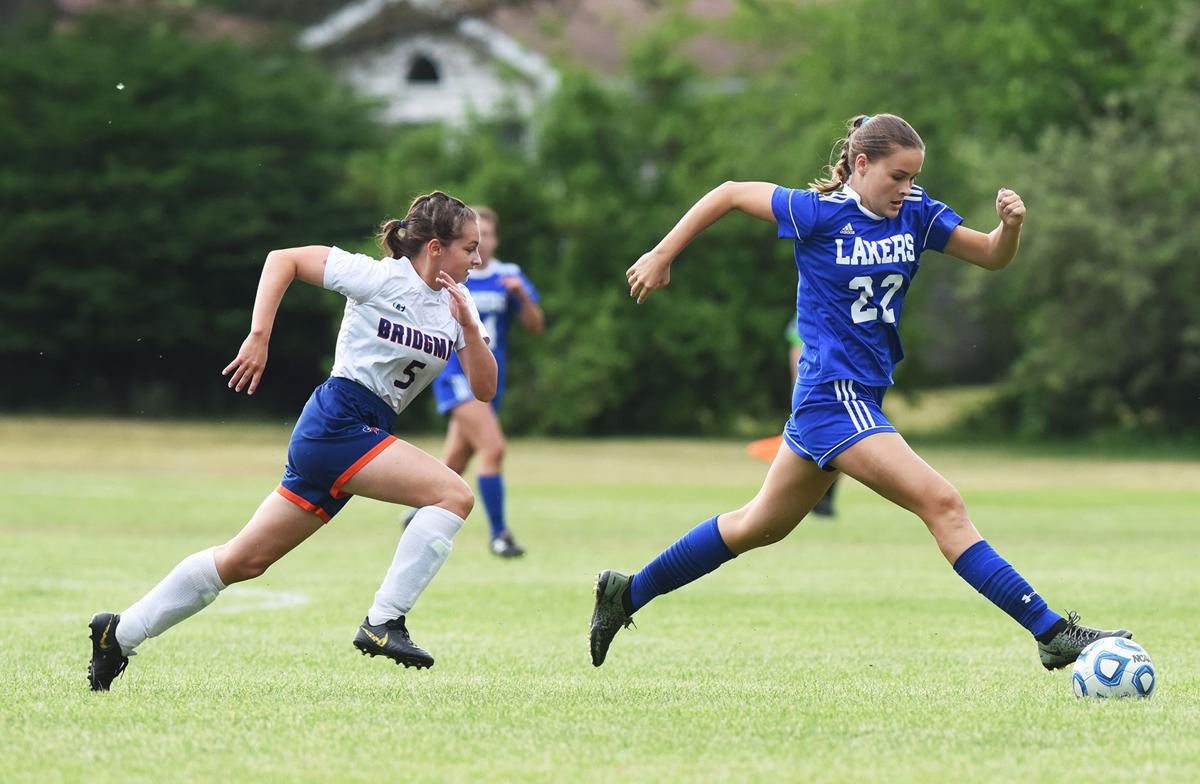 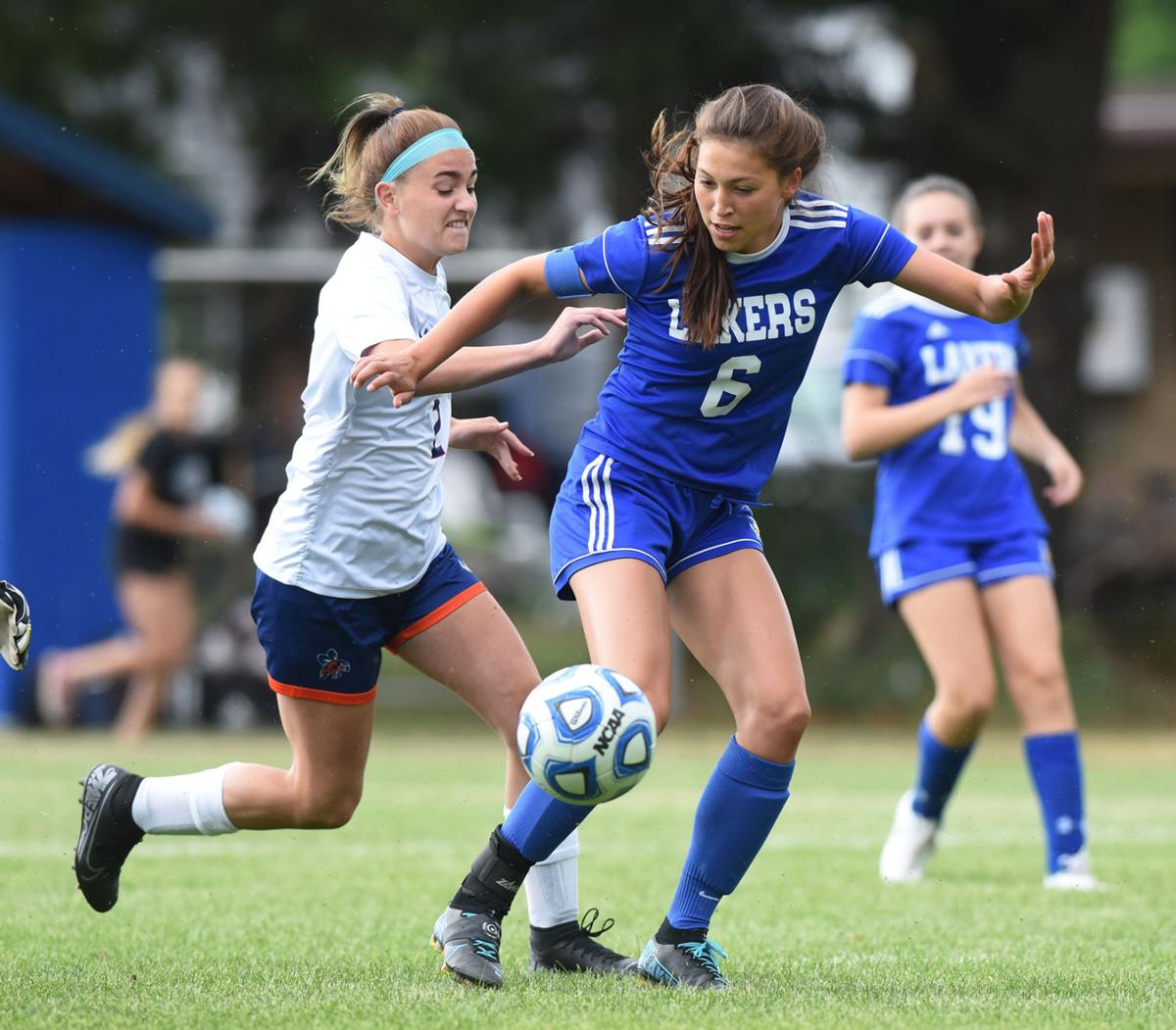 Lake Michigan Catholic’s Maggie Tidey tries to work her way past Bridgman’s Emmy Dinges during the first half of district play Wednesday. 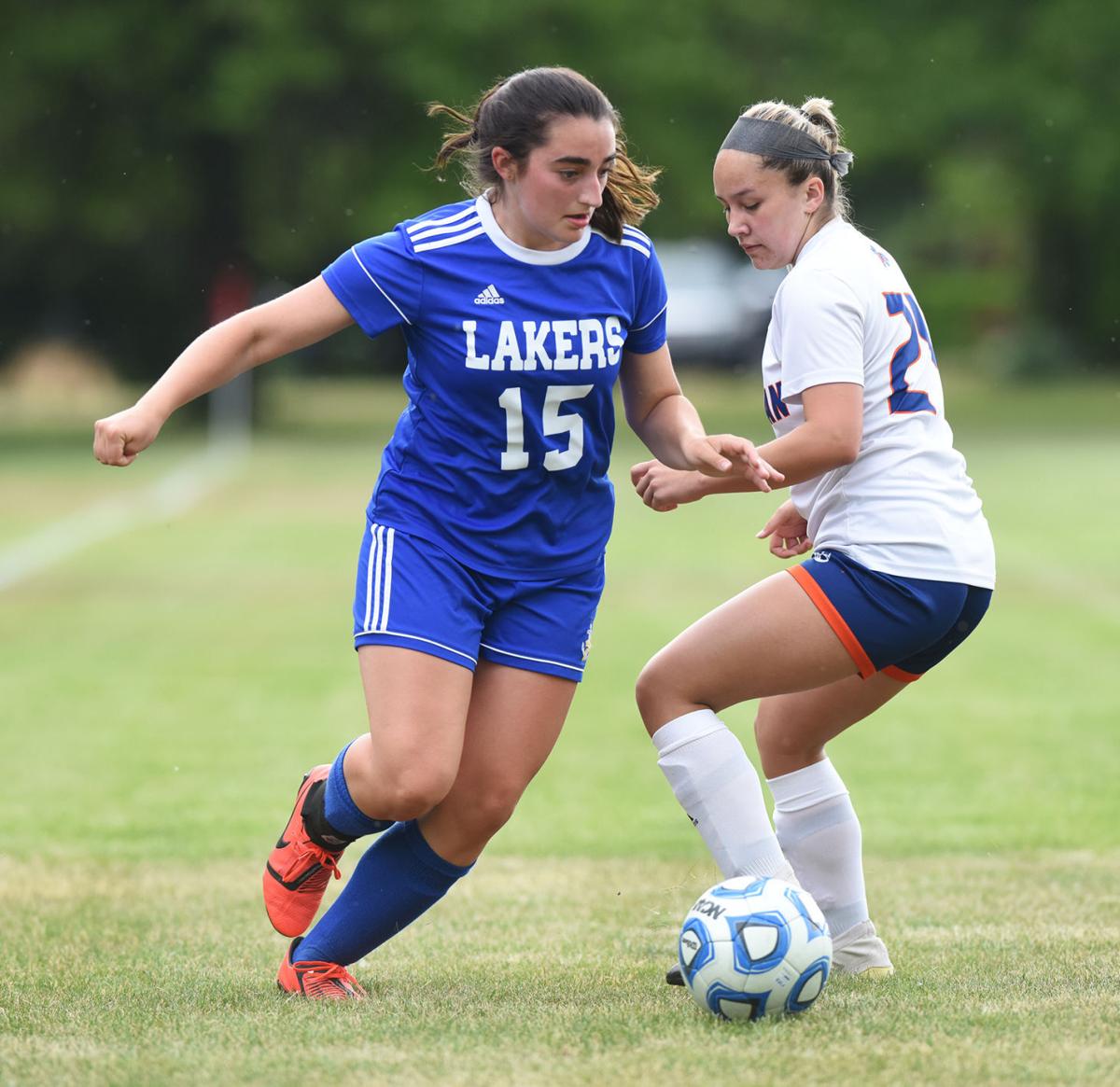 Lake Michigan Catholic’s Chloe Mills tries to slip past Bridgman’s Khloe Davis during the first half of district play Wednesday in Benton Township. 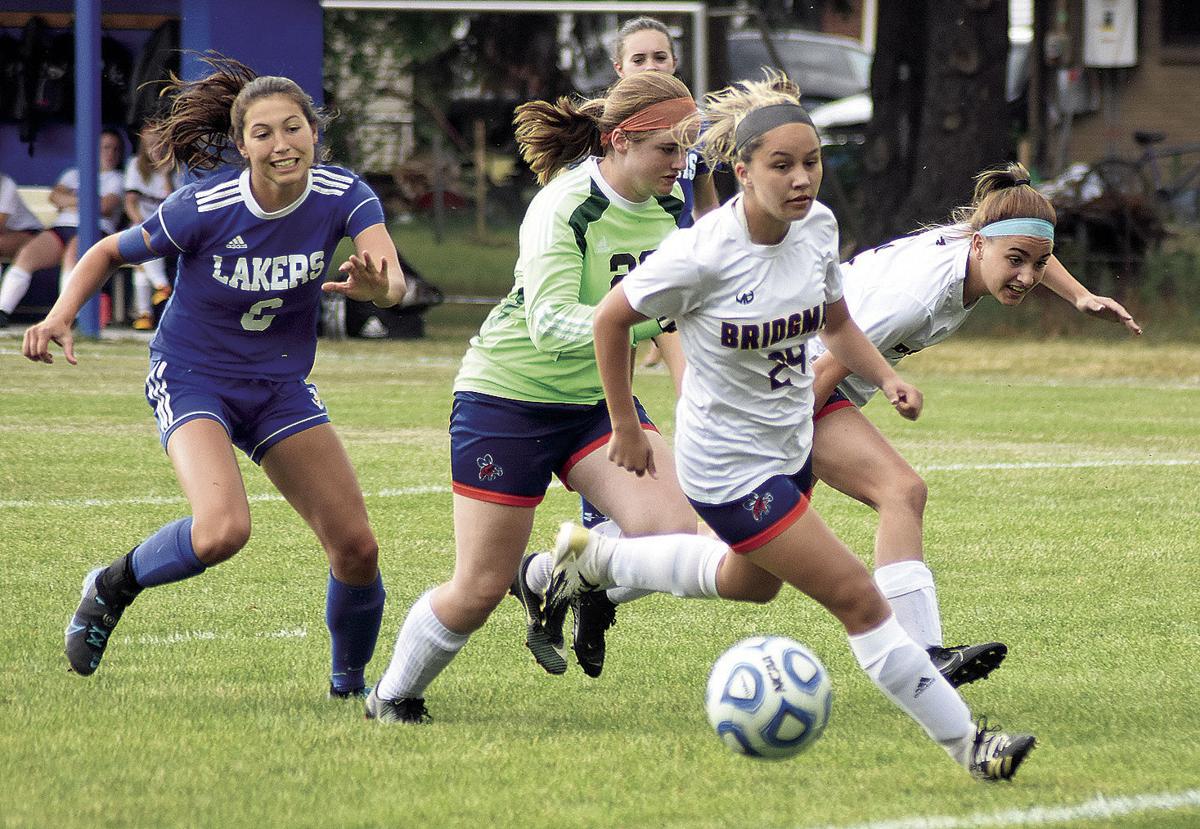 Bridgman and Lake Michigan Catholic players chase the ball near the Bee net during the June 2 district semifinal match. 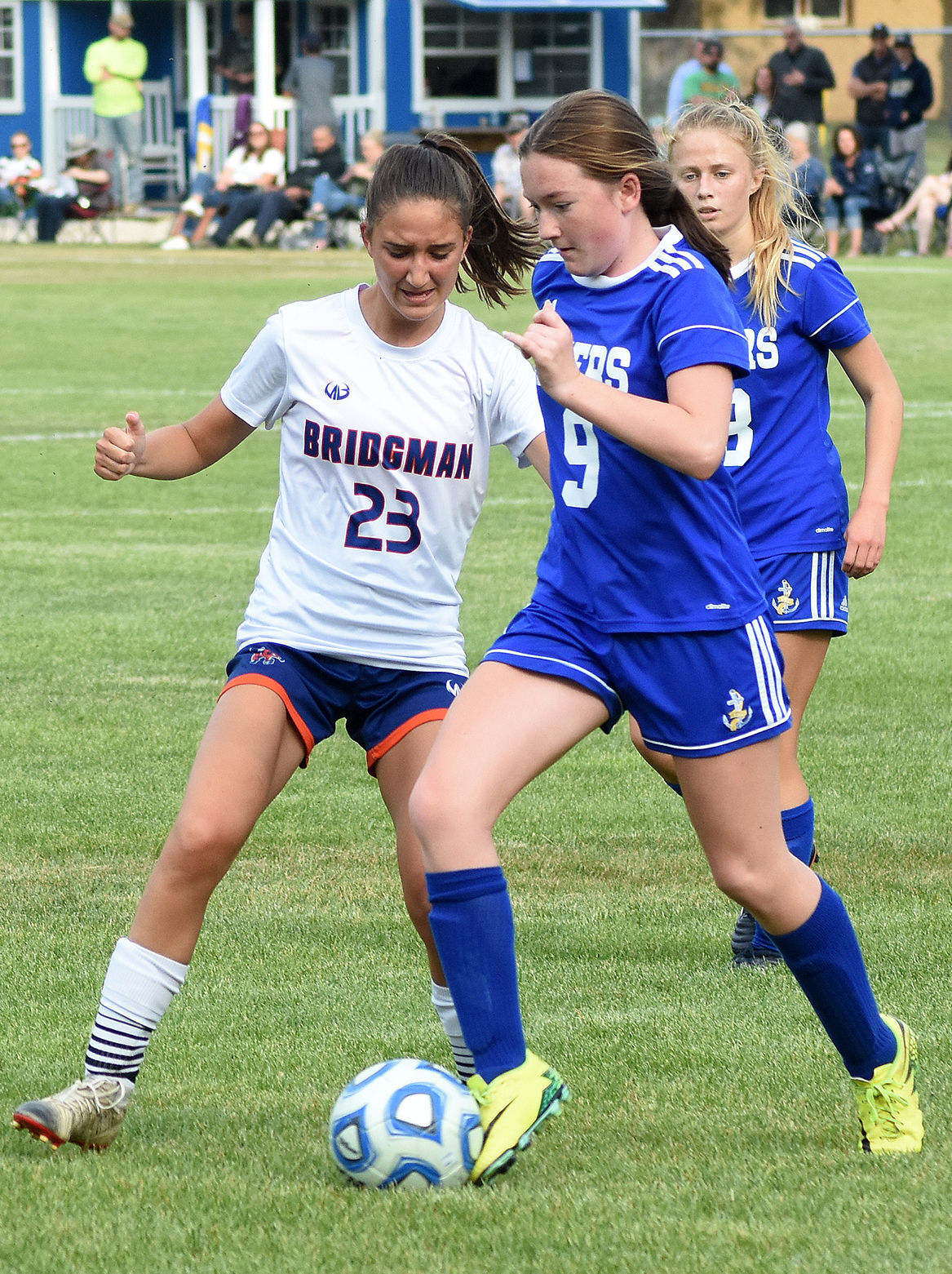 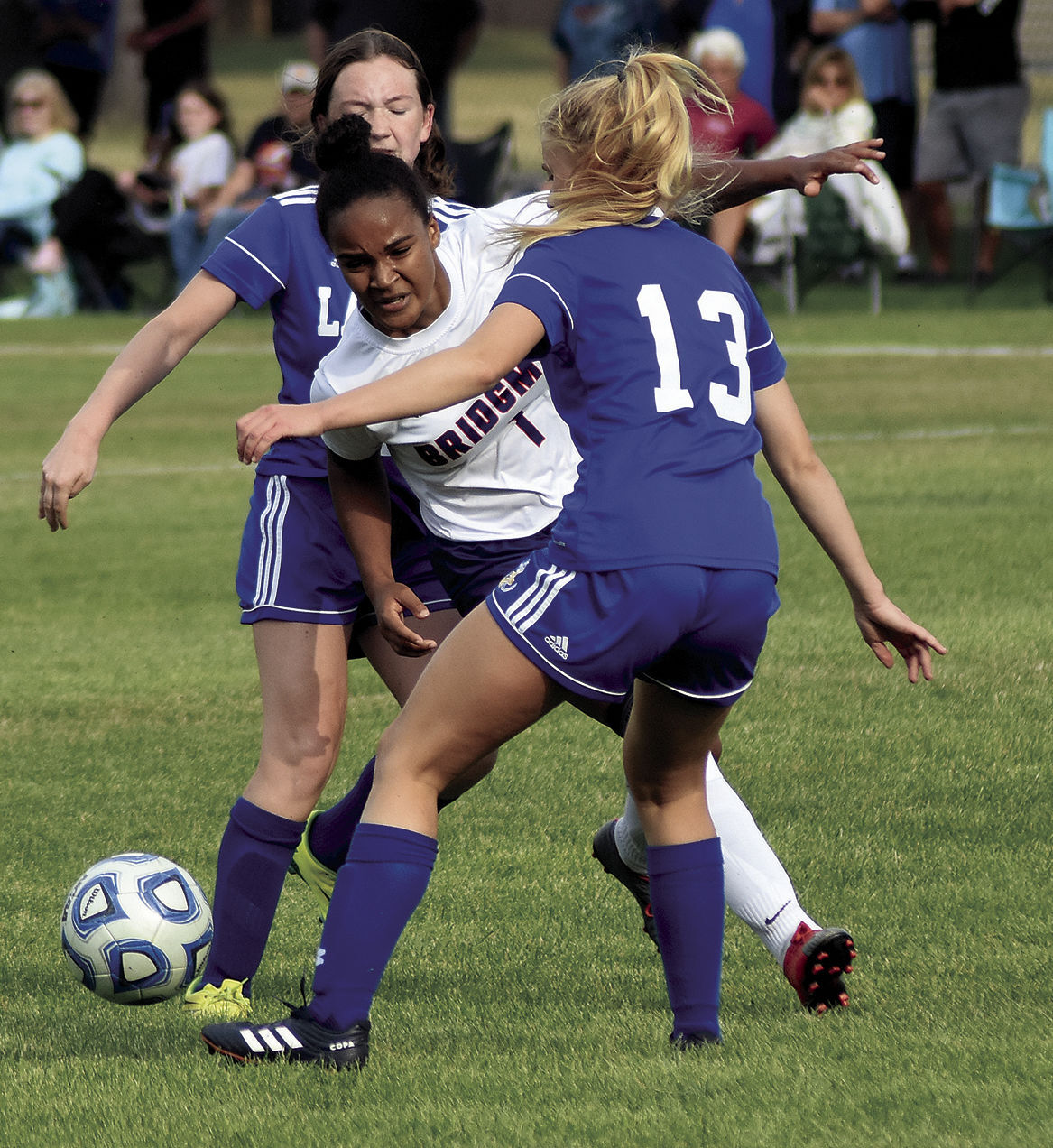 Lake Michigan Catholic’s Maggie Tidey tries to work her way past Bridgman’s Emmy Dinges during the first half of district play Wednesday.

Lake Michigan Catholic’s Chloe Mills tries to slip past Bridgman’s Khloe Davis during the first half of district play Wednesday in Benton Township.

Bridgman and Lake Michigan Catholic players chase the ball near the Bee net during the June 2 district semifinal match.

BENTON TOWNSHIP — Some Lake Michigan Catholic shots went high and some went wide. Others were saved by Bridgman goalkeeper Emma Boughner, including a penalty kick, or blocked by tenacious Bee defenders. One apparent goal was disallowed by an offside call.

But the Lakers did manage to score on a long shot by Hattie Latham, and that was enough to win a June 2 Division 4 girls soccer district semifinal 1-0.

“Bridgman’s a top-notch program, and we knew they were going to bring it,” Catholic coach Joe Schmidt said. “In the playoffs, they say anything can happen, and it kind of did there. We’ll take the win, we won’t give it back, but we’re thankful for the win.”

Bridgman (7-10) kept Catholic from having many opportunities in the first half. The Lakers looked like they finally had the breakthrough they needed just two minutes into the second half when Maggie Tidey split through two defenders for an open shot, but her attempt sailed high.

Two minutes later, Tidey played a pass back to Latham, who chipped the ball into the top right corner of the net, just out of Boughner’s reach.

“It was really just great talk from two seniors,” Schmidt said. “Maggie got the ball, and Hattie let her know she was in support. She tapped it back and Hattie was able to hit the shot.”

The Lakers had several chances to add an insurance goal, but couldn’t convert. Tidey appeared to score after a scramble for a long ball left her with a wide open net, but the play was ruled offside. She was also fouled in the box, setting up a penalty kick, but Boughner made a tough diving save on Grace Howard’s shot.

“Emma had a great jump on the penalty,” Foxworthy said. “She actually saved one against New Buffalo in our game last week, too. That was awesome, and it kept us in the game.”

“That was a fantastic save,” Schmidt said. “Their defense played so well. We just could not get quality opportunities. We had opportunities, but they weren’t quality.”

Bridgman had a few chances late in the half, but Lakers keeper Claire Jollay made four saves to preserve the shutout.

“Olivia Tomlin for Bridgman is so dangerous, she’s so talented, and (Graci Tate) is very dangerous too,” Schmidt said. “We knew Tomlin was talented, so we wanted to make sure toward the end there that she was never available to get a good look.”

Tidey, the Lakers’ all-time leading scorer, had four goals in a 6-2 regular-season victory over Bridgman.

“I’m proud of the improvement over the last few weeks,” Foxworthy said. “I can’t say enough about their effort and their willingness to learn. We’re happy to keep Maggie off the scoresheet. I don’t know how many teams have done that this year, but our effort was great.

“They had a decent shot that looped in right over our goalie. It was just unlucky. I wish we could’ve gotten more opportunities ourselves, but they had a great defensive effort against us too.”

The Lakers were defeated by Schoolcraft 6-1 in a June 4 district final.