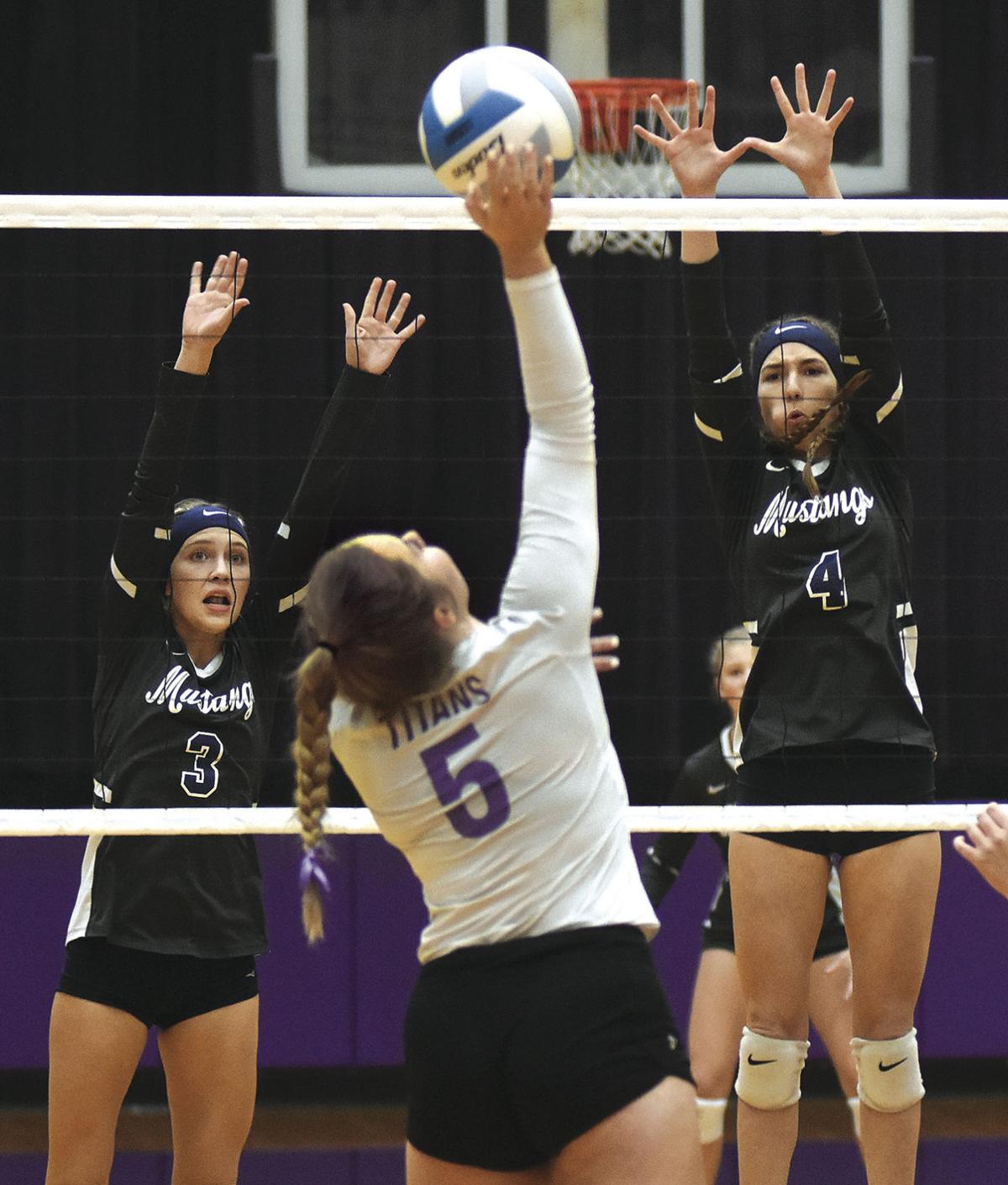 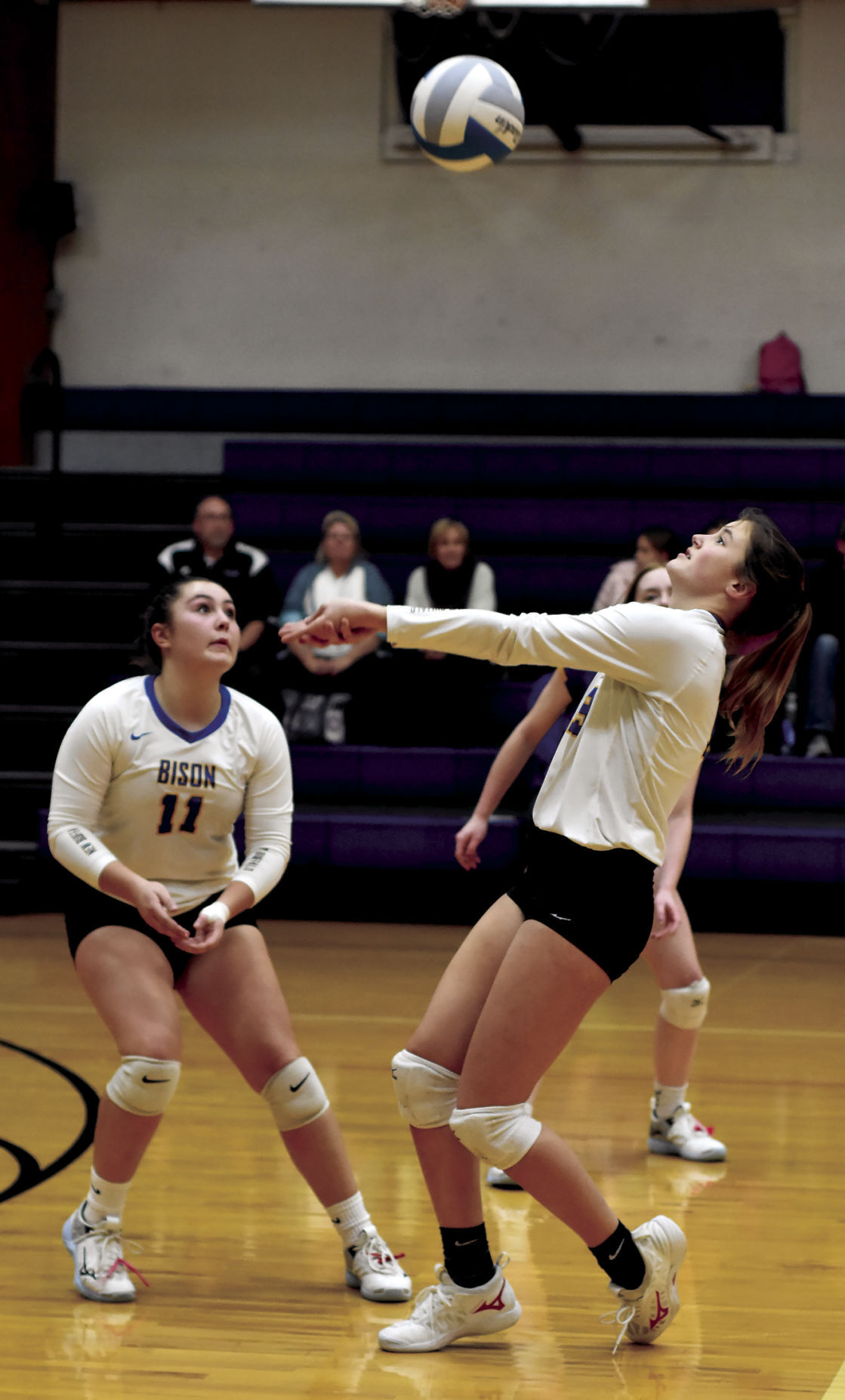 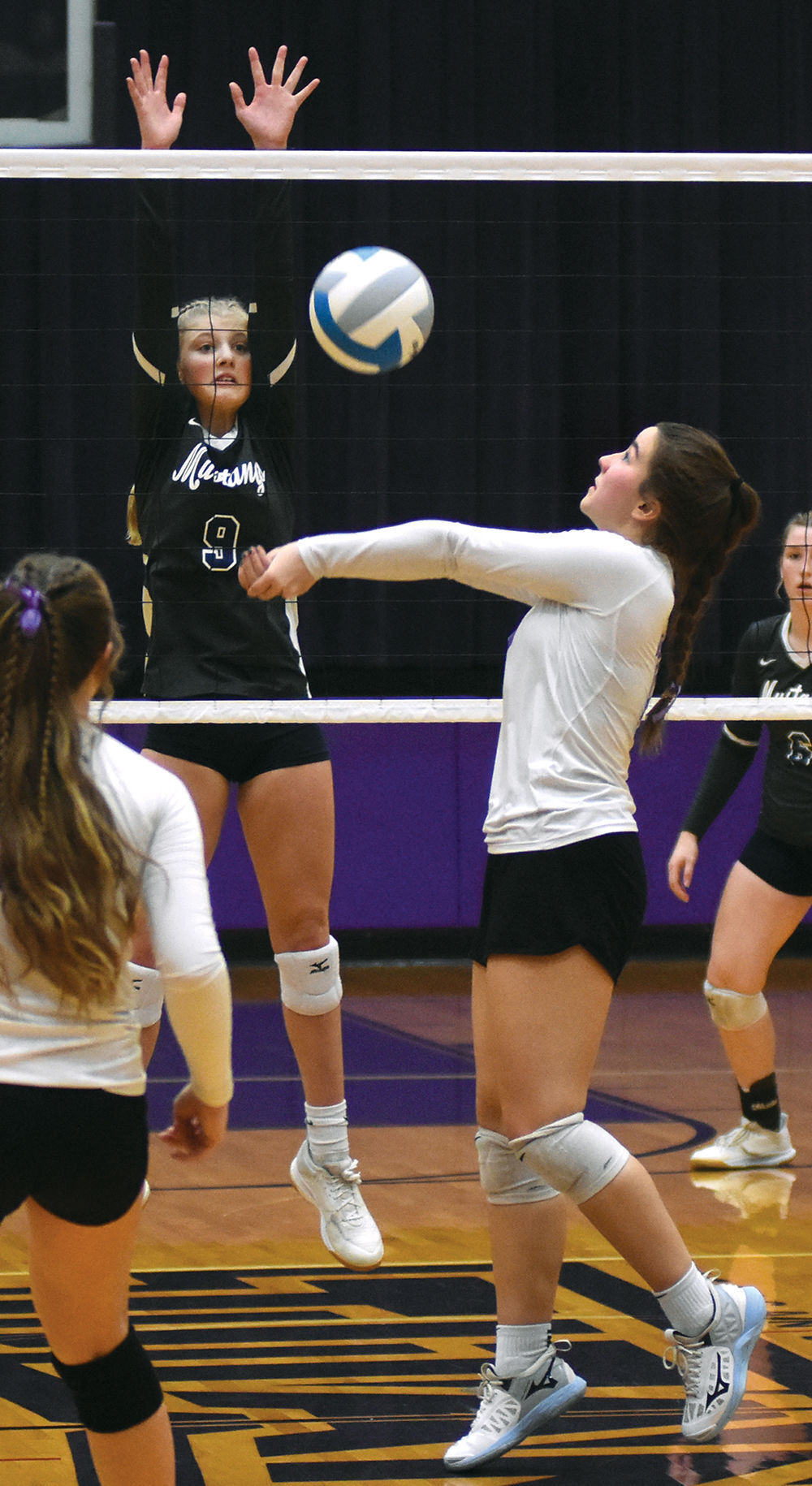 ST. JOSEPH — A week after toppling Michigan Lutheran for a share of the BCS White Division title, the River Valley High School volleyball team was looking to tame the Titans again – this time to wear a Division 4 district crown.

The Mustangs battled back from an 11-2 deficit in the opener to take a 17-16 lead, but a series of late attack kills by Stella Lyons, Brooke Gerlach and Natalie Ritter powered the Titans to victory.

Michigan Lutheran built up a 19-11 margin in the second set, and RV again raced back into contention, pulling within two points (23-21) before ML got the win.

Valley trailed 6-2 early in the third contest before kills by Lexi McCarty and Natalyn Heckathorn and an Ashley Strefling ace serve helped power them on to the 25-17 decision.

After trailing 13-11 in the final set, Michigan Lutheran finished on a 14-6 run as Lyons, Reese Maas, Ritter, Kaylee Scheffler-Schebel and Abi Marquis came up with point-scoring plays.