Skip to main content
You are the owner of this article.
Edit Article Add New Article
You have permission to edit this article.
Edit
Home
News
Features
Sports
Photo Galleries
Opinion
Obituaries
Community
Classifieds
Jobs
How Do I?
1 of 11 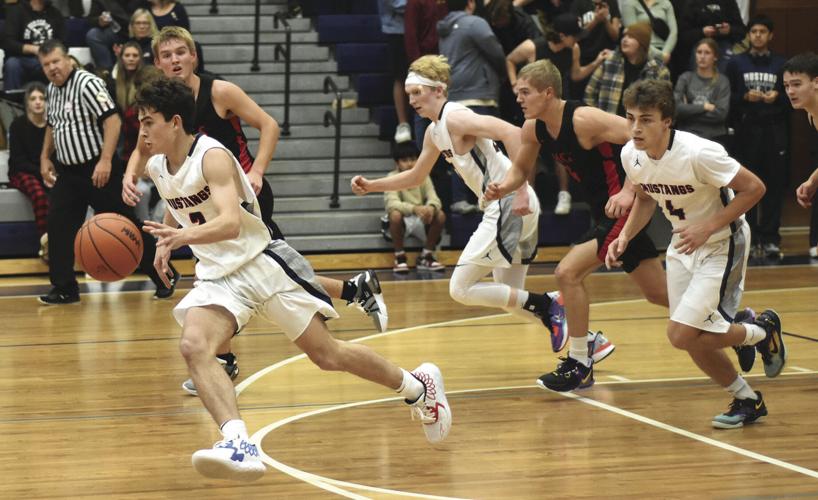 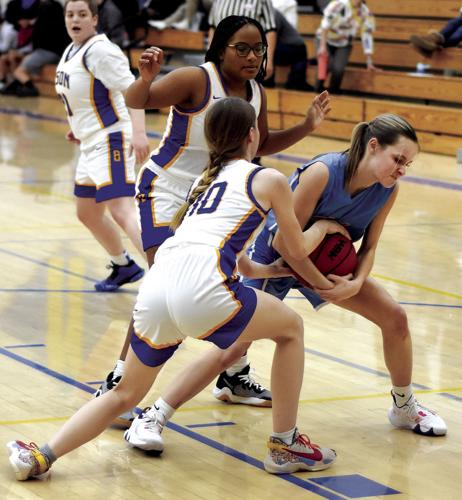 New Buffalo’s Sami Smith (left) looks to pry the basketball away from Melanie Warren of Bridgman. 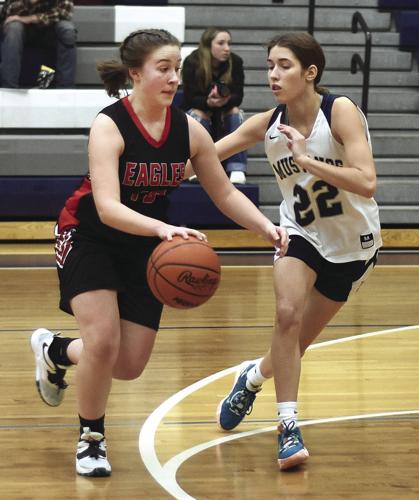 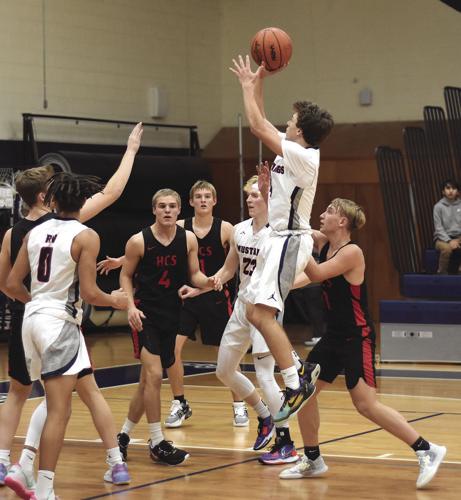 Josh Seifert launches a shot for the Mustangs during the Dec. 9 BCS game with Howardsville Christian. 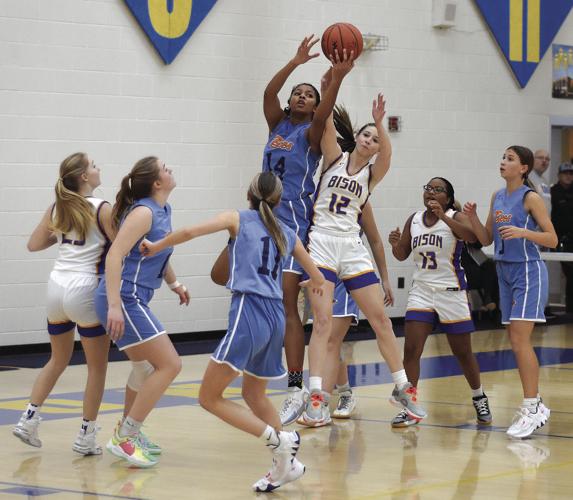 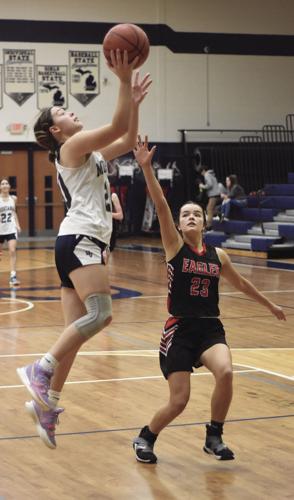 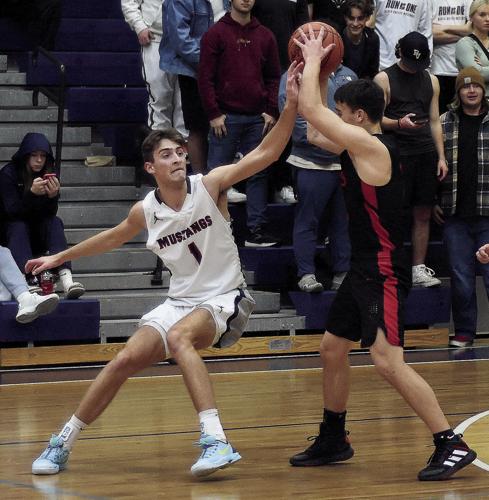 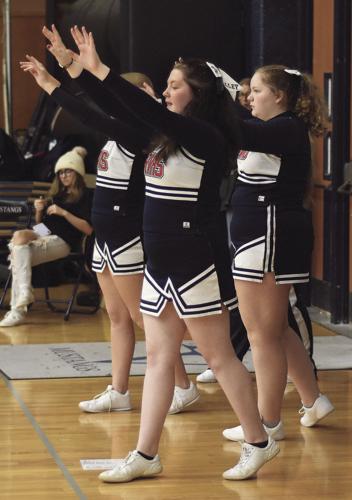 Cheering for the Mustangs on Dec. 9. 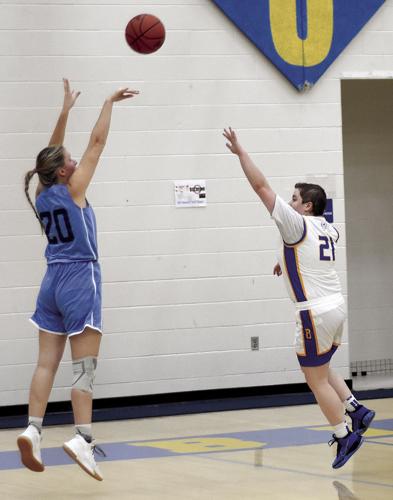 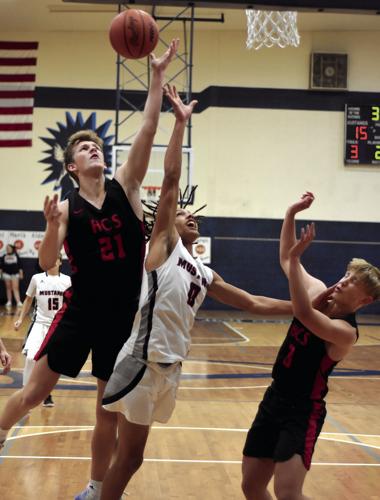 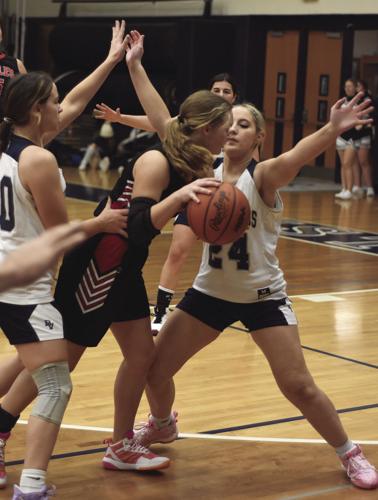 New Buffalo’s Sami Smith (left) looks to pry the basketball away from Melanie Warren of Bridgman.

Josh Seifert launches a shot for the Mustangs during the Dec. 9 BCS game with Howardsville Christian.

Cheering for the Mustangs on Dec. 9.

THREE OAKS — The River Valley varsity boys basketball team held off a third-quarter surge by Howardsville Christian to win their Dec. 9 BCS opener 68-43 while the Mustang girls also defended the home court against the Eagles by a 44-30 margin.

It was all Mustangs early in the boys contest as Jayden McNabb’s first-quarter dunks (three of them) and a three-pointer along with consecutive treys right off the bat by Josh Seifert opened up a 15-4 chasm.

The RV lead was 21-8 after one quarter of play, and a second-period three-point play from Owen Slavens plus baskets by Cadden Krieger, Aiden Coy and McNabb helped send the home team into the locker room with a 38-19 advantage.

The Eagles had reduced that lead to 10 points (45-35) late in the third quarter as Kaden Sparks scored eight points and Colin Muldoon hit a three-pointer while the Howardsville Christian defense forced a series of turnovers.

River Valley opened the final period by going on an 8-2 run that included buckets from Seifert, Krieger and McNabb (another dunk) and the Mustangs ended up owning the quarter by a 21-8 margin.

McNabb said he through the team came out a little flat in the third quarter before getting their intensity back down the stretch.

River Valley head coach Tyler Haske said he was not surprised that the Eagles battled back in the second half.

The RV girls jumped out to an 11-2 first-quarter lead as Alexis McCarty scored five points while teammates Lily Morse and Macey Springer knocked down outside shots.

The margin was 26-8 at half-time. Natalyn Heckathorn sank a pair of three-pointers in the second period while Springer, Emily Reitz and McCarty also contributed points.

The Mustangs out-scored the Eagles 16-8 in the third frame as McCarty poured in eight more points (she finished with a game-high 20) while teammates Morse, Heckathorn, Reitz and Karen Merino also scored.

Howardsville Christian tallied 14 of their 30 points over the final eight minutes.

Heckathorn finished with eight points for RV while Springer scored 5 and Reitz had 4 points.

River Valley head coach Jason Alexander said the Mustangs want to make sure they take BCS Conference games seriously as they pursue goals related to winning the league and then the district.

NEW BUFFALO — The Bridgman High School girls basketball team upped its early-season record to 4-0 on Dec. 12 with a 43-8 win at New Buffalo.

Lily Ruskowski and Lexie Parmley each scored 3 points for the Bison.