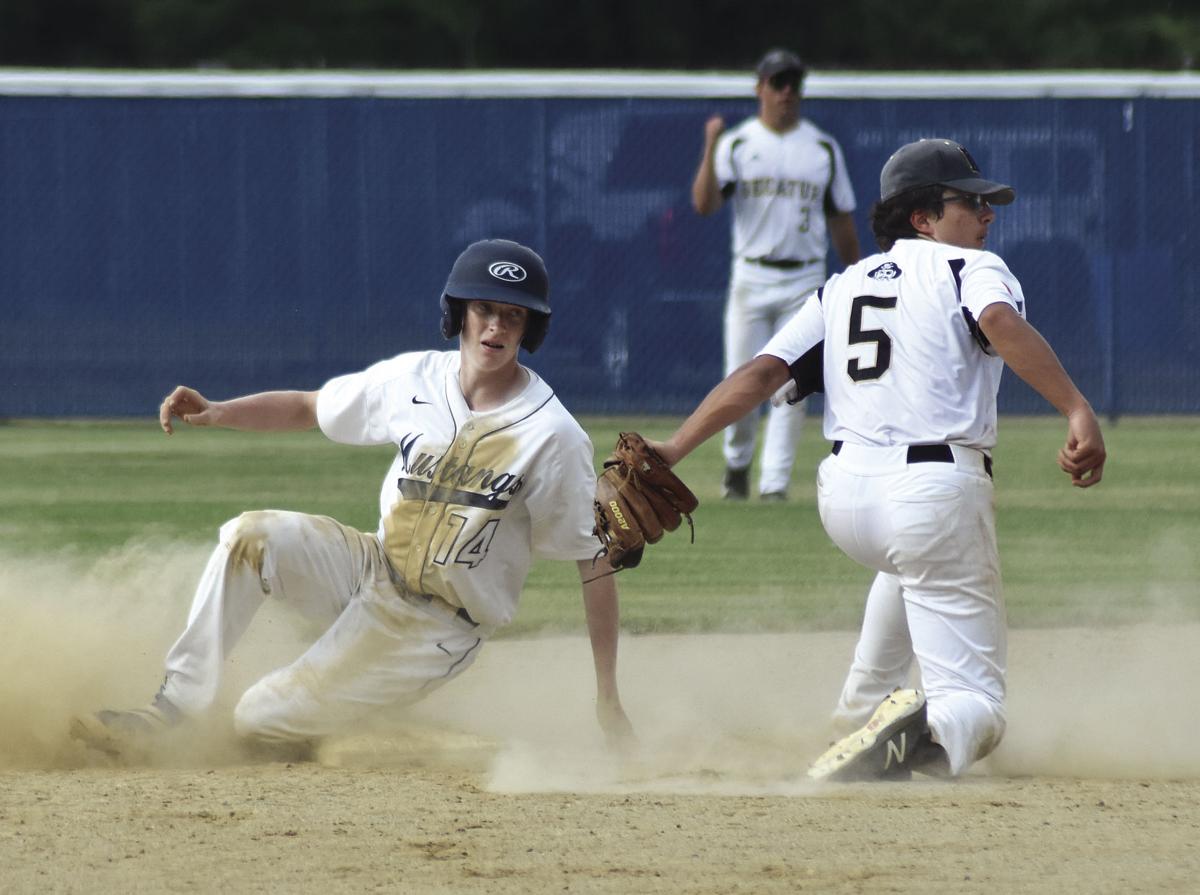 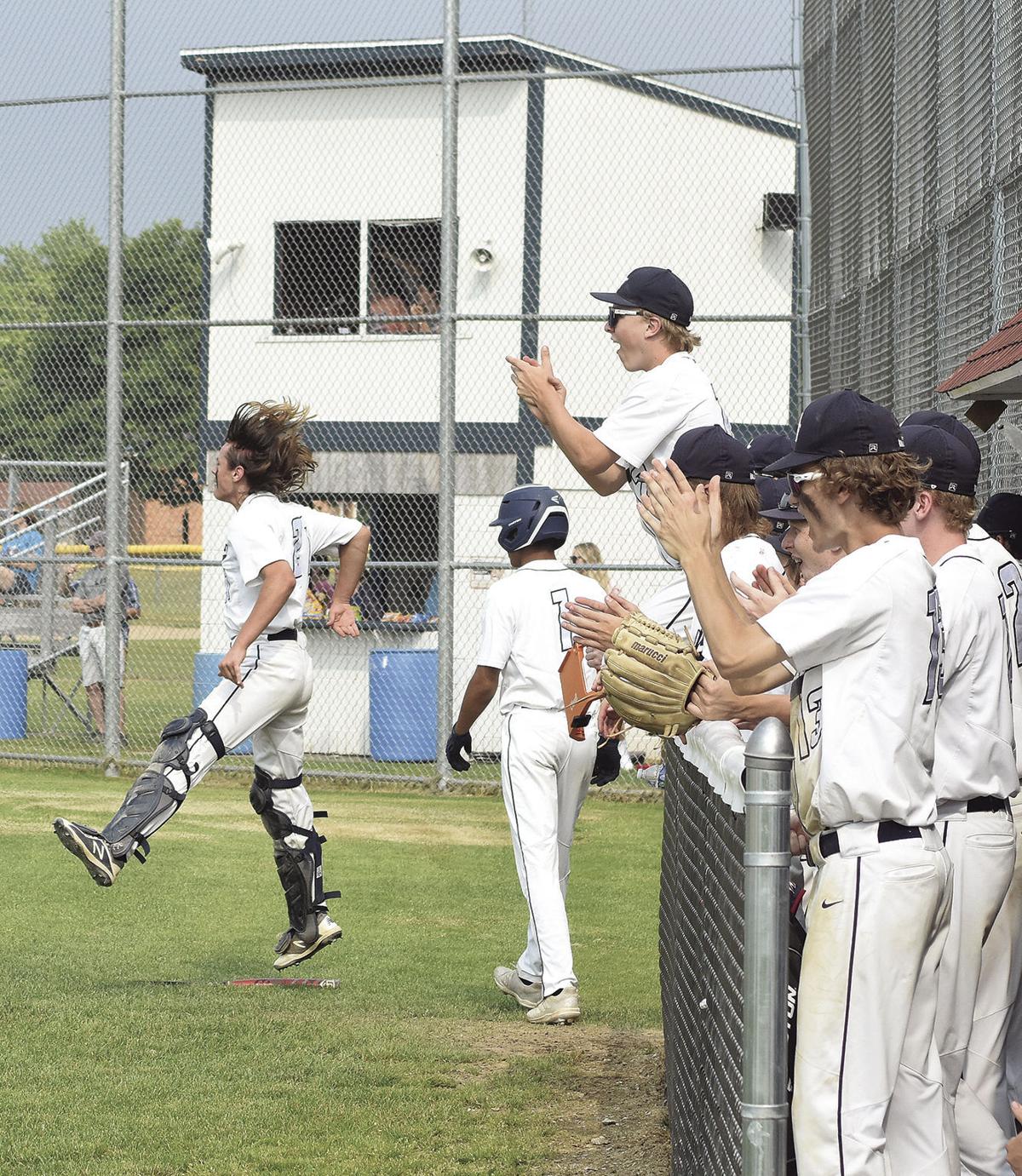 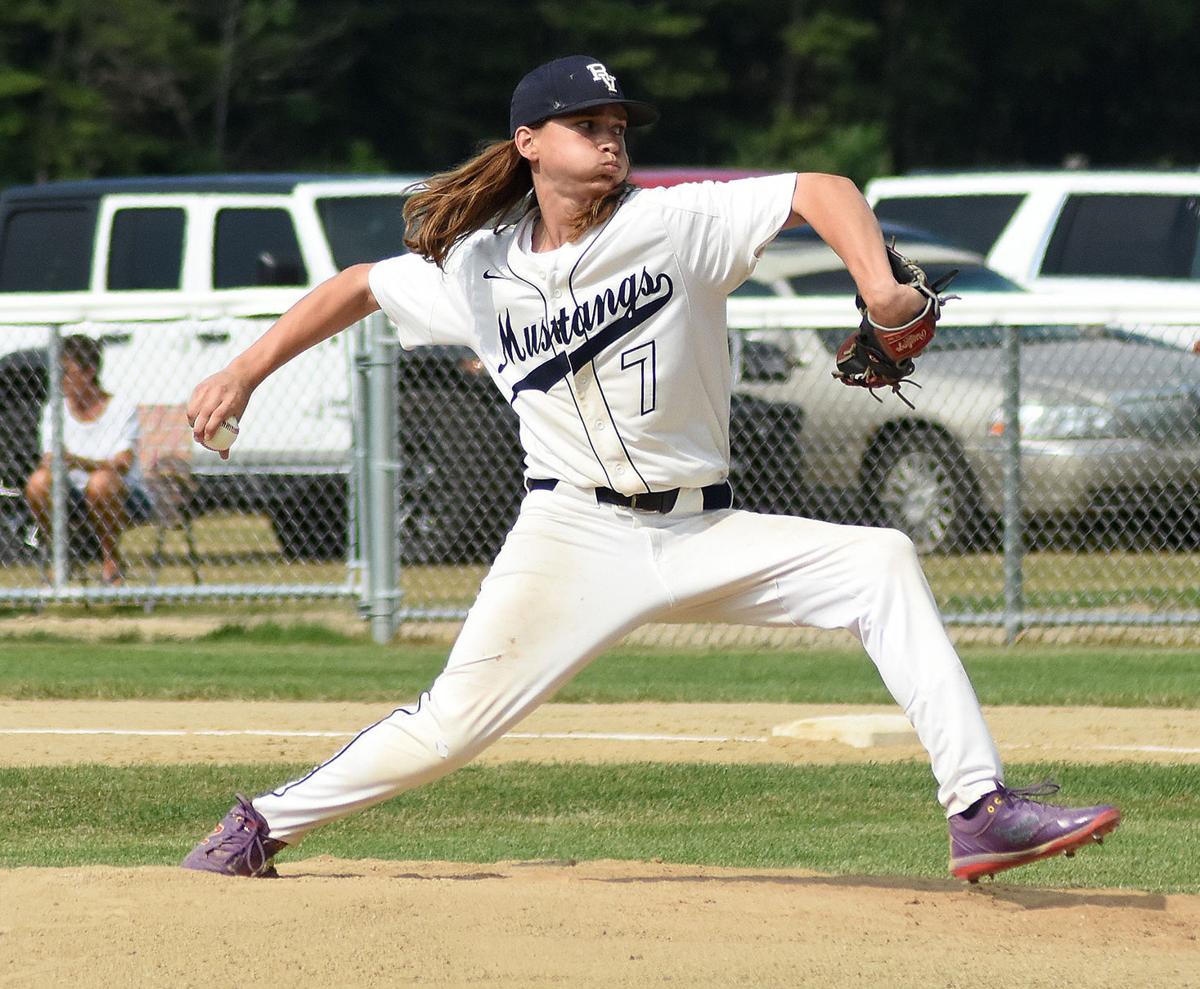 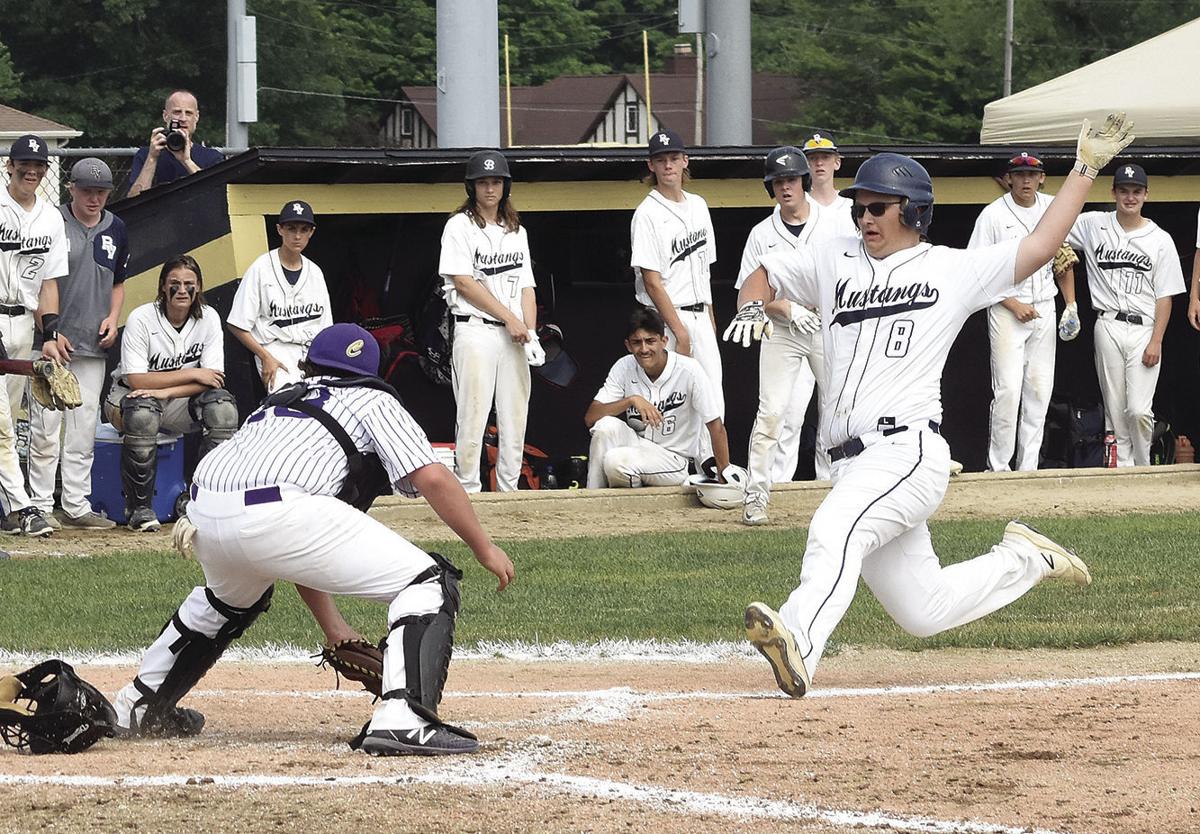 THREE OAKS — The River Valley High School baseball team made the most of playing one more game at home.

The Mustangs blanked Decatur 11-0 in a June 9 Division 4 regional semifinal game that sent Valley on to a June 12 title contest against Concord.

River Valley scored three times in the top of the second against the Raiders as Gavyn Rogers was hit by a pitch, Chris Israelite walked, Jordon Sittig sent a run-scoring single into right field, Eli Thomas walked, Ethan Izydorski collected an RBI out, and Ryder Wolnik was hit by a pitch with the bases loaded.

“Coach preaches center- to right-field hitting, and I was able to poke one into right field to start the game out for us,” said Sittig.”It feels great.”

In the Mustang fourth Ashton McNabb’s fly ball to short center field fell in a crowd of Raider fielders to score Thomas (who had walked) and Wolnik singled in a run to make it 5-0.

A six-run fifth inning by RV ended the game early.

The big finish included singles by Evan Strefling and Rogers, a run-scoring walk by Thomas, a three-run double off the bat of McNabb, and an RBI double by Wolnik.

“There’s no feeling like it,” McNabb said of his fifth-inning hit. “You’ve got second base and the whole dugout’s exploding, it’s indescribable.”

The Mustangs broke away from a 1-1 tie in the bottom of the second inning. Israelite led off with a double to right field, Sittig stroked a run-scoring hit in the same direction, Daniel Vollman walked, Thomas was safe at first in an infield hit, Izydorski’s bouncer led to an errant toss home that let in two runs (upping the lead to 4-1), and McNabb had an RBI out to make it a 5-1 ballgame.

Concord pulled closer in the top of the third on a run-scoring out from Bobby Ward.

An inning later the Yellowjackets made their move with a five-run outburst to take a 7-5 lead.

The Concord fourth included a run-scoring walk by Tyler Carpenter, a game-tying RBI out by Riley Nieswender, a go-ahead run-scoring single by Lewis Fritz, and Timar Spratley’s RBI hit to center field that ended up being the difference.

River Valley cut the margin down to a single run (7-6) in the sixth stanza as Izydorski doubled and later came home on a toss past third base.

But Concord held on as Ward relieved Nieswender in the seventh frame and got three straight outs.

The Yellowjackets advanced to a Division 4 quarterfinal contest against Kalamazoo Hackett (also played June 12 in Decatur) with the Irish prevailing 8-7 in eight innings to reach the “Final Four.”