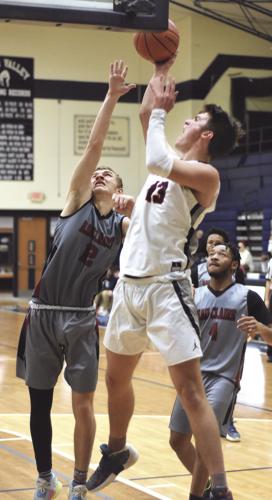 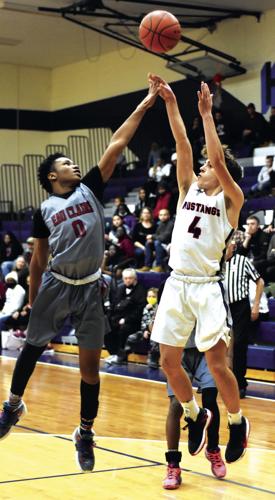 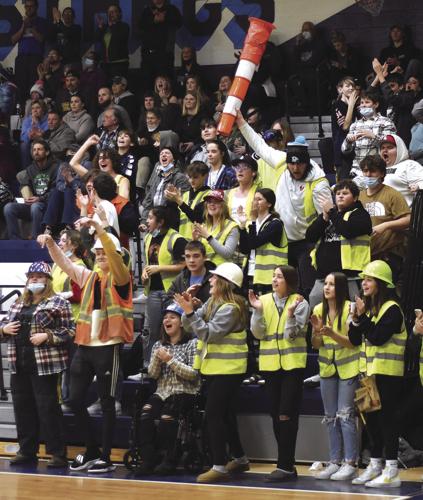 The River Valley Student section gets fired up. 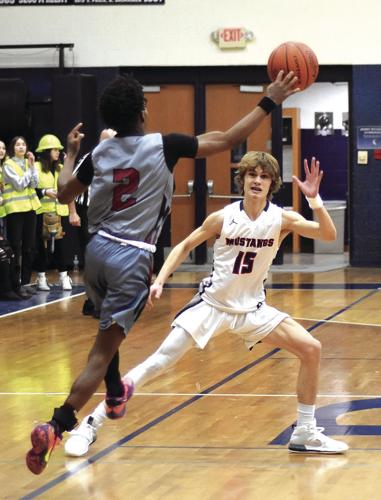 The River Valley Student section gets fired up.

The Beavers led 18-12 after one quarter as Karmelo Taylor scored 8 points and Damarion Travis added 5.

Patrick Driscoll accounted for half of the Mustangs’ first-period points.

Valley came to life in the second period, with three-point buckets by Ashton McNabb and Josh Seifert long with another big quarter from Driscoll vaulting the home team on top 39-34 at half-time.

The Mustangs defended their lead in the third quarter, with three baskets by Cadden Krieger and scores by Seifert and Driscoll sending RV into the fourth frame with a 50-46 advantage.

Eau Claire made several runs in the final stanza, as Taylor hit two three-pointers to help whittle the margin down to three points (59-56) with three minutes to go.

Driscoll knocked down two clutch shots in the late going while Seifert sank a jumper to build a 63-57 advantage.

“We’re ready for the pressure, we want these big games,” Driscoll said.

Seifert said it felt good to get a win against a good team.

After Taylor’s late three-point play brought the Beavers back within three (63-60), the Mustangs scored five unanswered points at the foul line to seal the win.