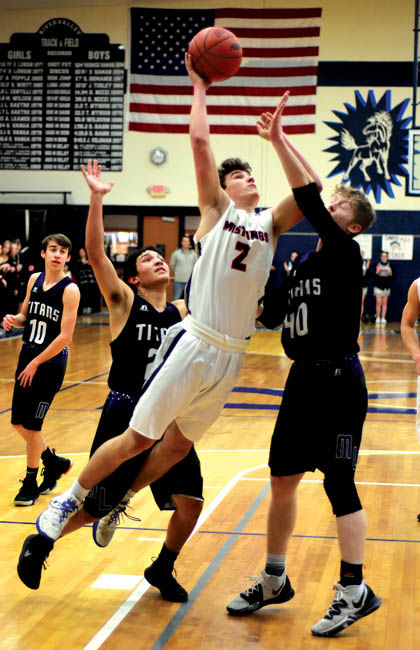 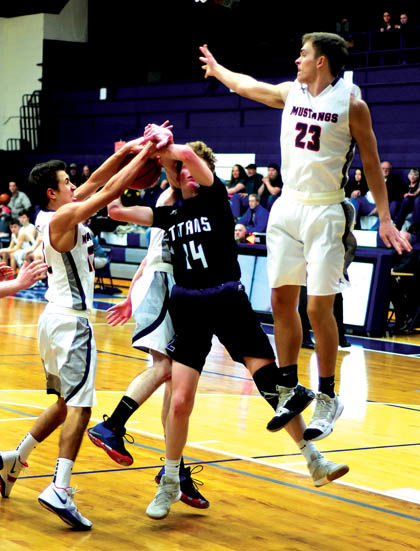 Carson Taylor of River Valley, Michigan Lutheran's Sam Taylor and RV's Davyd Bronson (from left) battle for a rebound during the Feb. 21 contest. 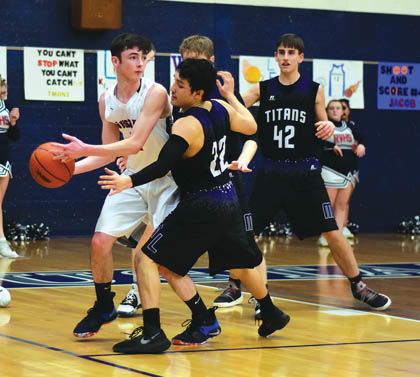 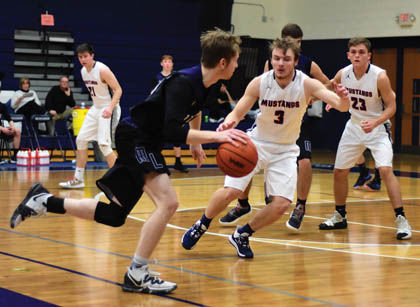 Carson Taylor of River Valley, Michigan Lutheran's Sam Taylor and RV's Davyd Bronson (from left) battle for a rebound during the Feb. 21 contest.

The hard-fought victory kept the Mustangs undefeated in the BCS White Division with a March 5 showdown against once-beaten New Buffalo looming.

“Our offense was lackluster … So we’ve got to rely on our defense and that got us through it,” said RV senior Matthew Schmidt.

The visiting Titans led 8-4 after one quarter on Feb. 21 (Adam Rosenbaum tallied four of those points for Michigan Lutheran).

After forging a 10-10 tie early in the second period, Valley slowly but surely pulled away ahead of half-time.

A pair of three-point shots by Schmidt and a series of scores from Lennon Lange (both had eight points in the quarter) helped build a 22-14 margin.

The third frame opened with two straight buckets by Schmidt to open up a 27-14 margin.

The Titans battled back as Nick Lockman sank a pair of three-pointers and Andy Semenak also was on the mark from three-point land to leave the margin at 6 points (29-23).

River Valley closed the third period on a 10-4 run (Lange scored 6 of them with Schmidt accounting for the other 4) to carry a 39-27 lead into the final stanza.

The Mustangs answered by out-scoring the Titans 10-3 down the stretch (Kenny Gibson knocked down a three-pointer while Lange, Carson Taylor and Schmidt contributed field goals.

Schmidt finished with a game-high 23 points while Lange tallied 16 points.

Rosenbaum and Nick Lockman each finished with 11 points for Michigan Lutheran.