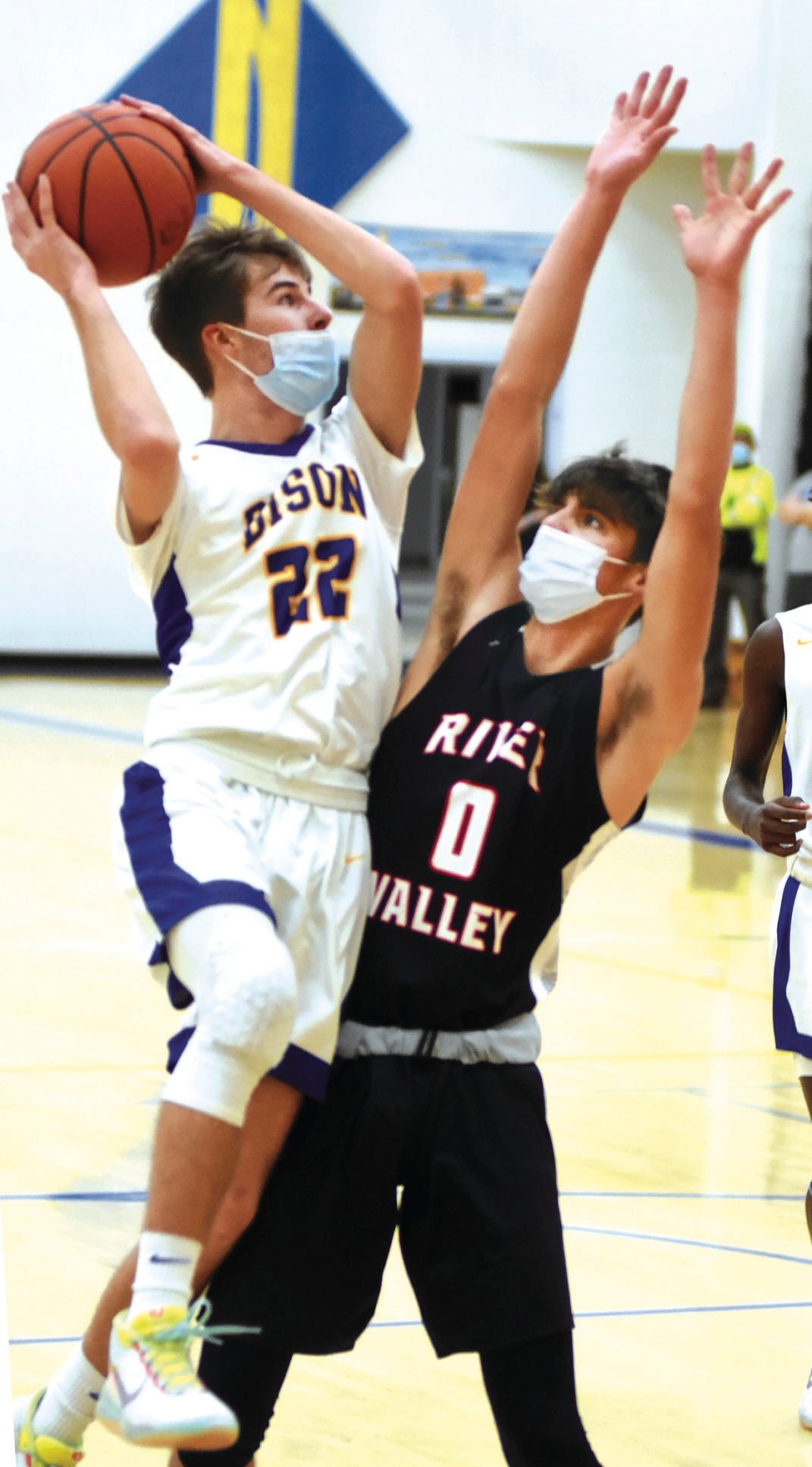 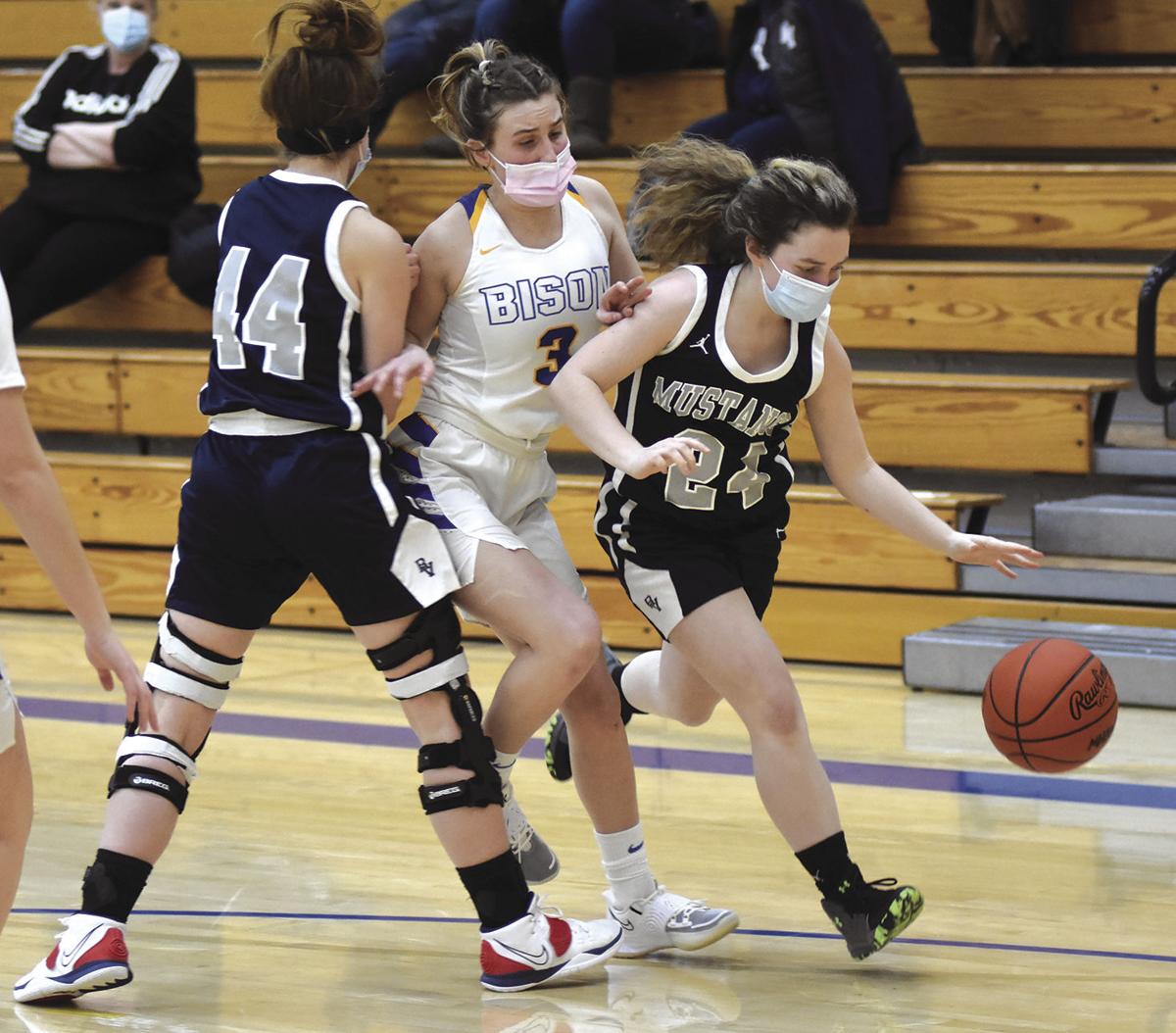 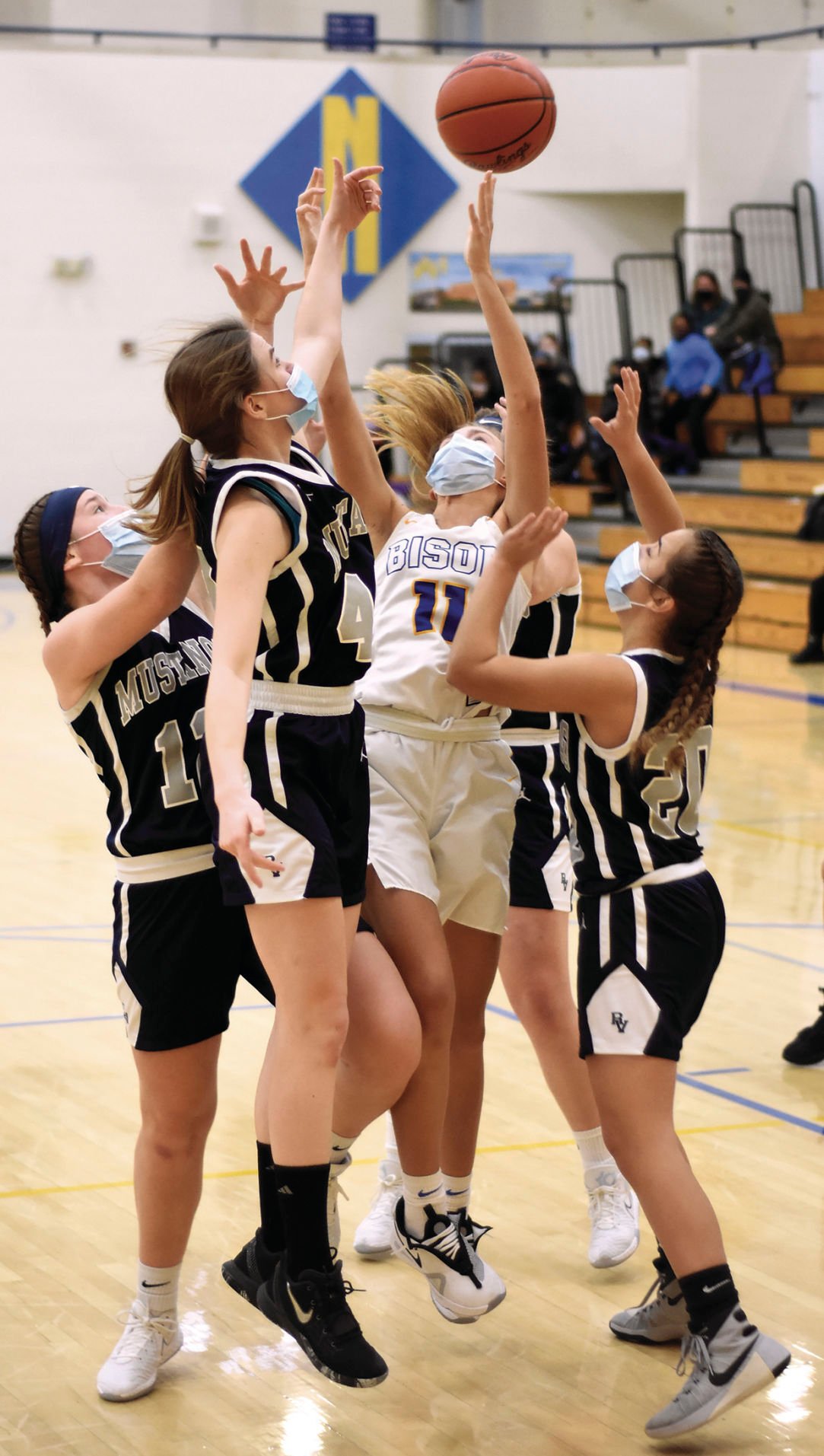 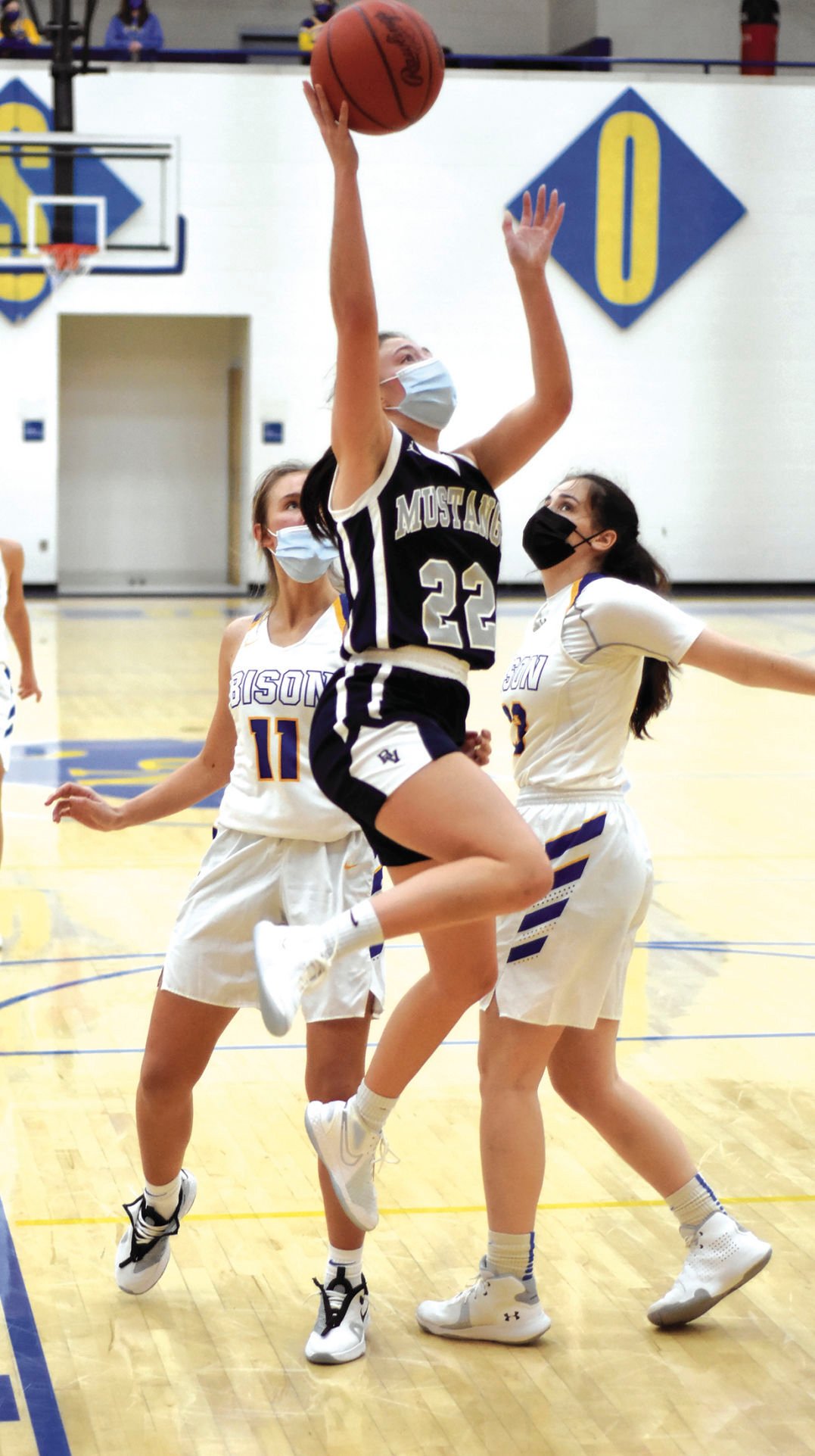 Taylor Volstorf drives the the hoop for River Valley. 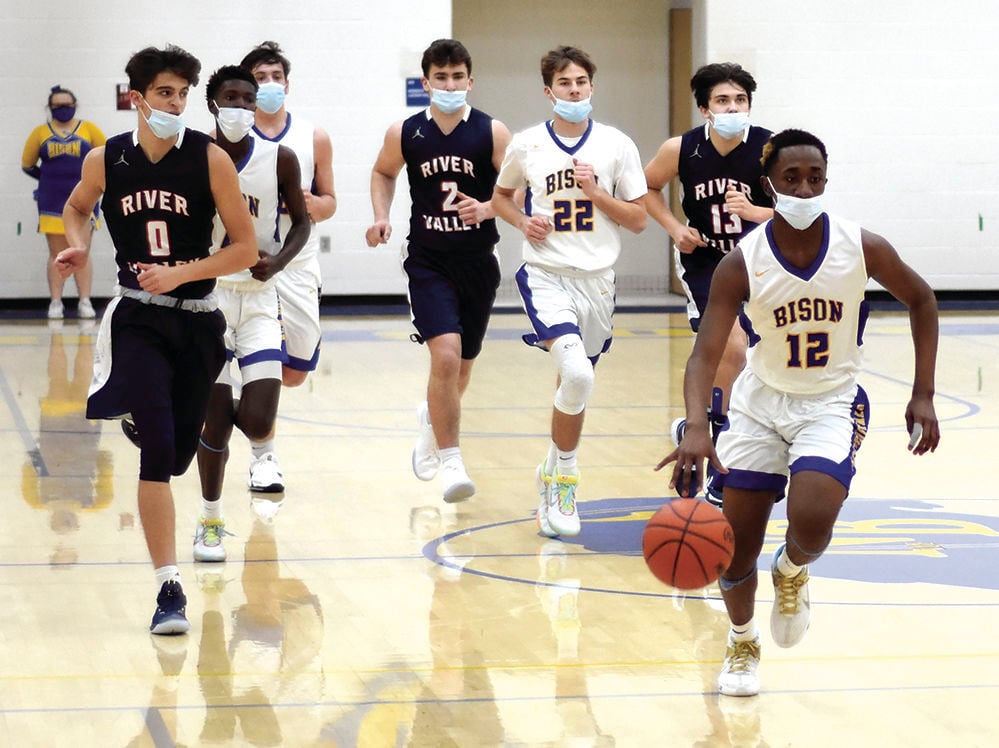 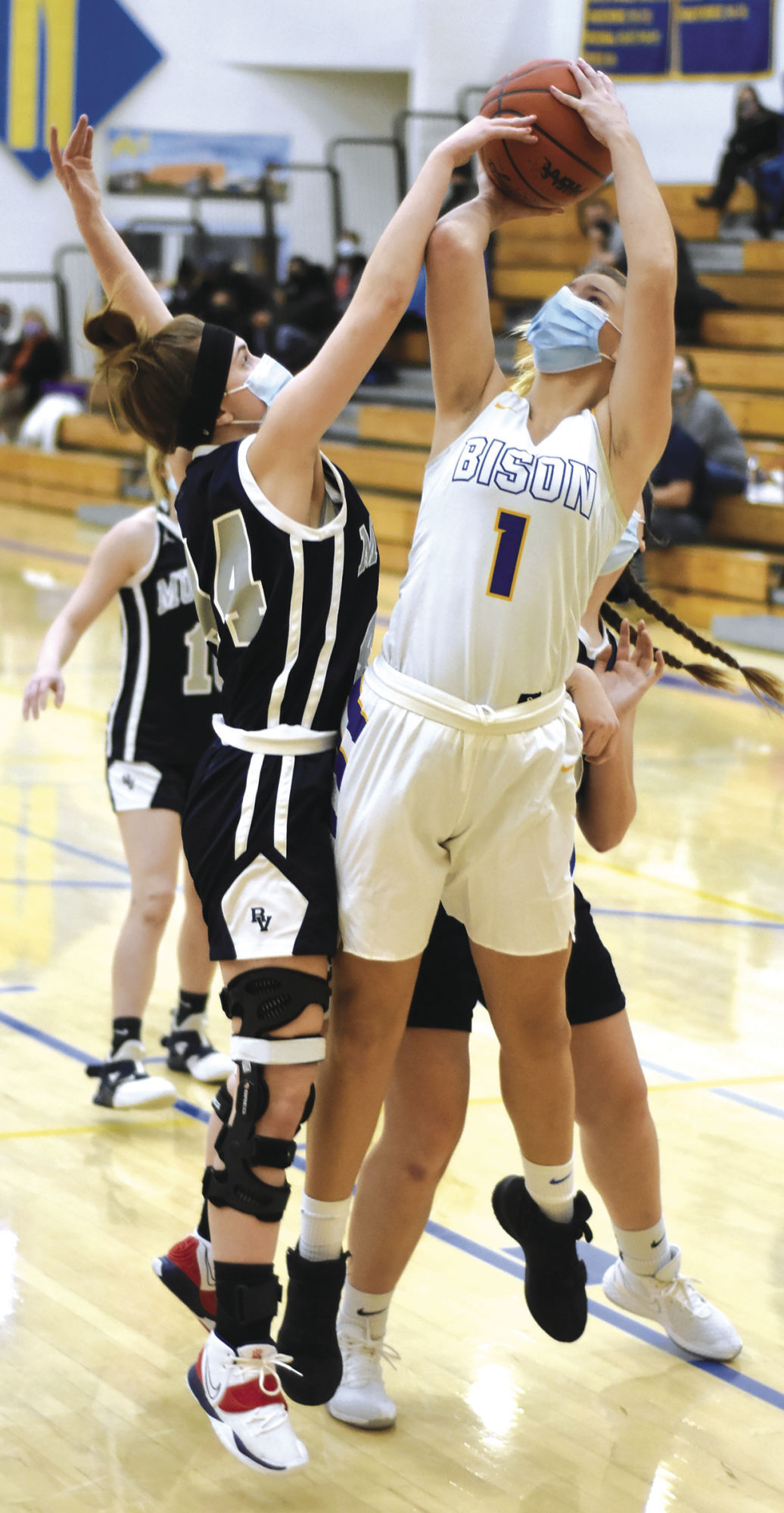 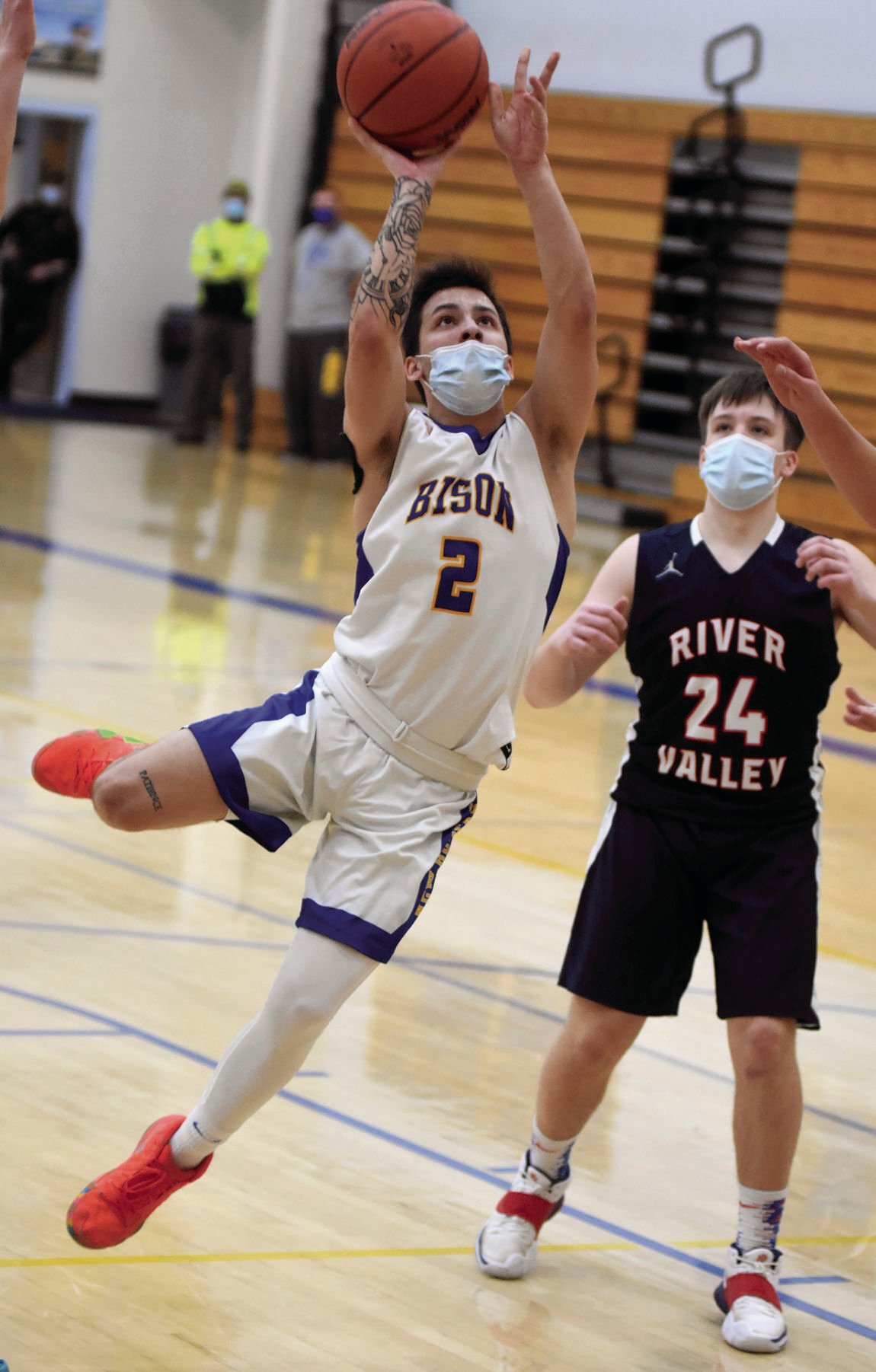 Taylor Volstorf drives the the hoop for River Valley.

Both home teams prevailed, with the NB girls breaking away from a half-time tie to win 51-38, and the Bison boys transforming a 22-19 second-period advantage into a 79-60 final tally.

In the girls game New Buffalo jumped out to an early 12-5 lead as baskets by Kelsey Corkran and Abby Vitale upped the margin from 8-5.

It was 21-13 midway through the second period when the Mustangs finished the half on an 8-0 run (with Hailey Hauch tallying five of those points) to tie the score at 21-all.

Scores by Nadia Collins, Corkran. Jordan Bryk, Vitale and Ava Mullen helped the Bison go into the fourth quarter ahead 33-27.

New Buffalo went on to out-score their guests 18-11 in the final frame as Collins scored 7 of her 13 points.

“We just have to learn to work as a team again because this is our second game of the season,” Collins said. “Once we got the hang of things and we knew how they were playing we most definitely got more comfortable … and started showing what we have.”

Sophia DeOliveira scored 10 points for NB while Vitale and Corkran each had 8.

New Buffalo used its depth to stay fresh on the court during the contest.

On Feb. 22 the Bison girls avenged a season-opening loss by edging Michigan Lutheran 33-31.

The New Buffalo-River Valley boys game was close in the first quarter as baskets by Josh Seifert, Lennon Lange (a 3-pointer) and Jayden McNabb helped the Mustangs build a 13-11 lead. New Buffalo finished the period on a 10-3 run with Kaden Parmley pouring in six points while Jeremiah Mitchell and Anthony Lijewski added to the scoring.

The Bison had forged a 41-30 advantage by the half-way point as Lijewski had six points and Parmley tallied seven to help build up the margin.

The Bison opened the third frame on a 20-11 tear to forge a 20-point lead (61-41) with Mitchell, Mark Shaw, Lijewski and Parmley contributing points.

Lange (19 points) and Jayden McNabb (15) led the Mustangs in scoring.

“We kept it together and our press really helped us out,” he said, adding that New Buffalo’s transition game on offense was real nice as well.

Other recent scores include: