Skip to main content
You are the owner of this article.
Edit Article Add New Article
You have permission to edit this article.
Edit
Home
News
Features
Sports
Photo Galleries
Opinion
Obituaries
Community
Classifieds
Jobs
How Do I?
1 of 9 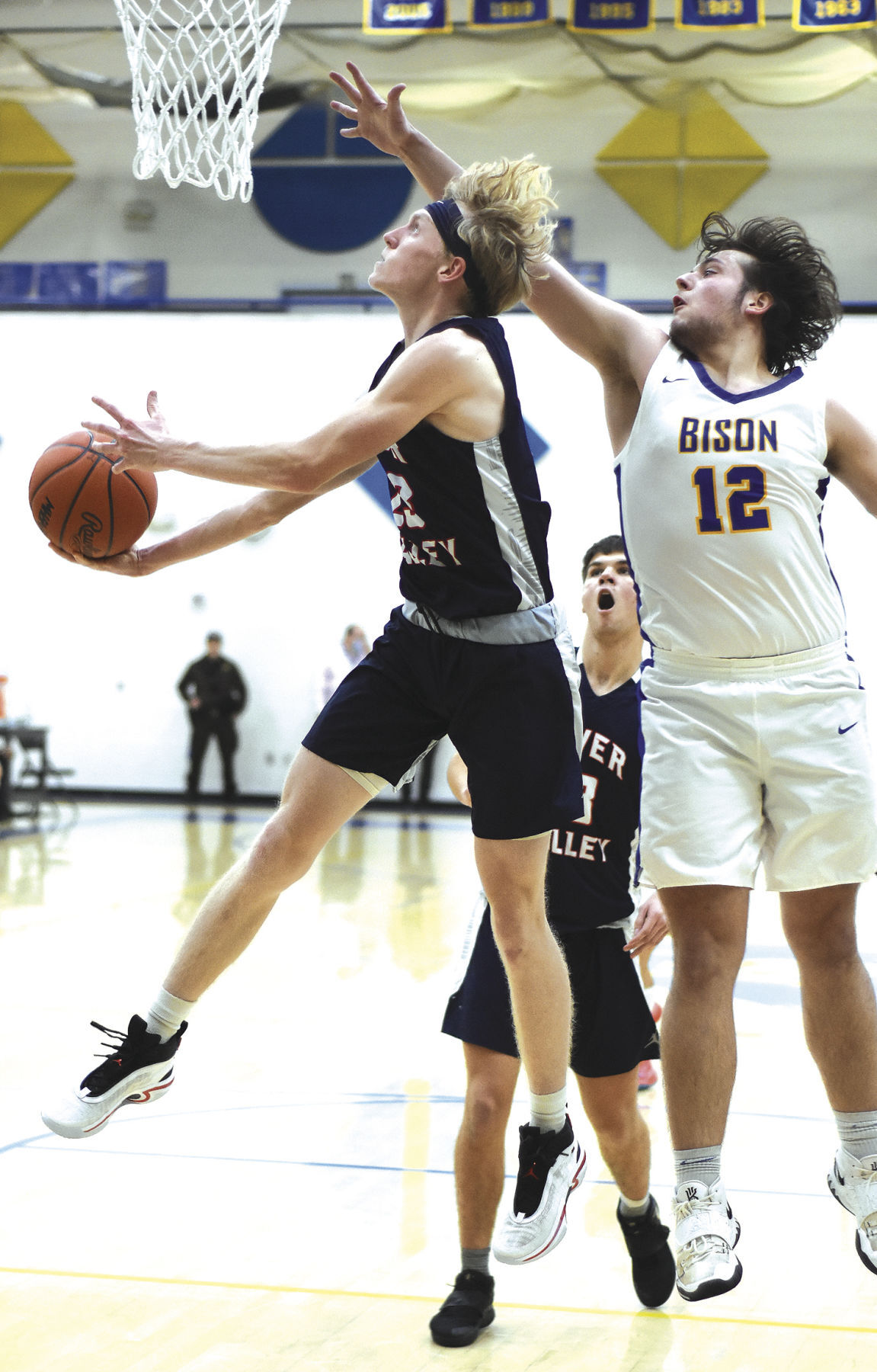 River Valley’s Cadden Krieger (left) drives to the basket while Ryan Vinson of New Buffalo goes for a block on Monday, Jan. 10. 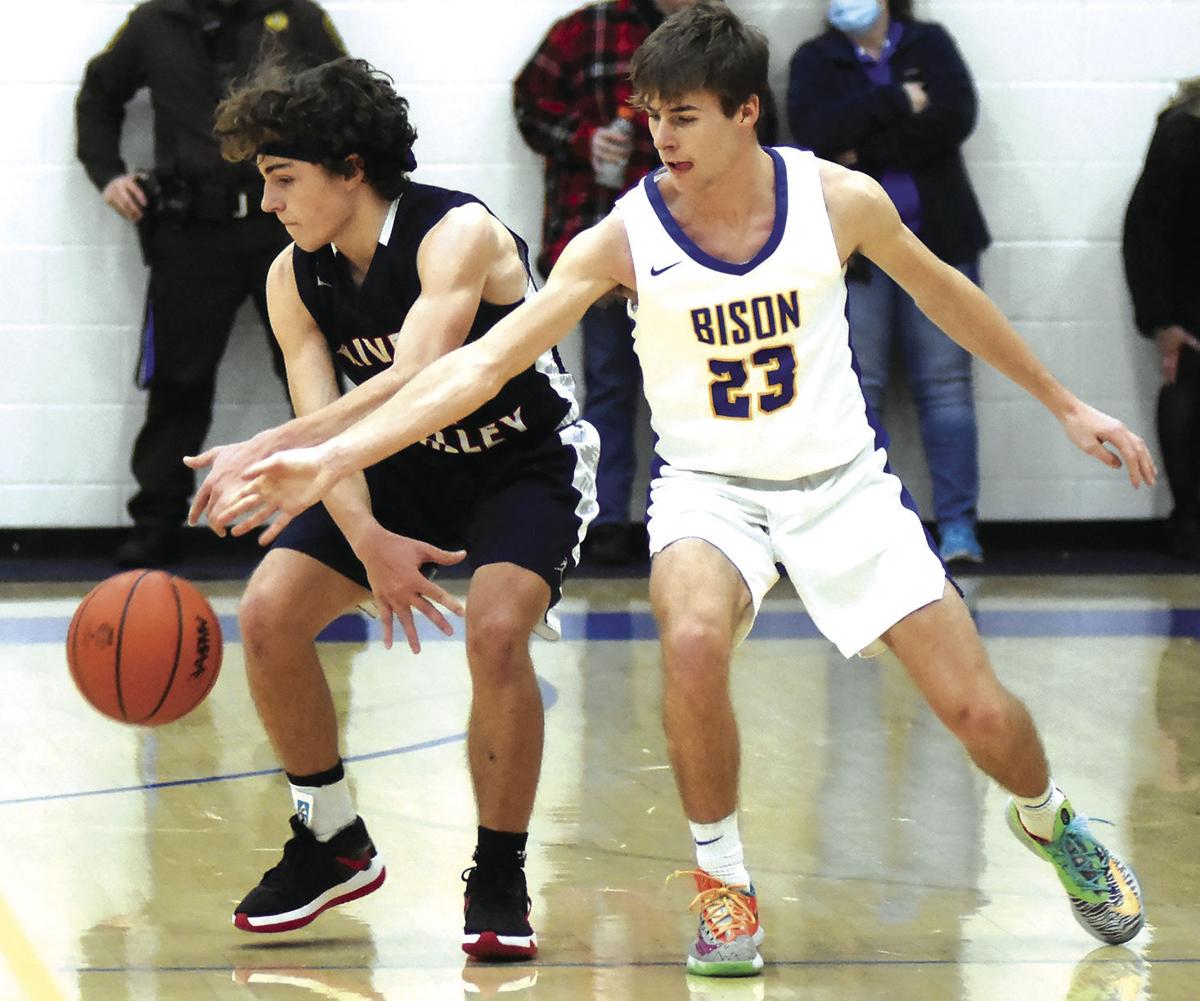 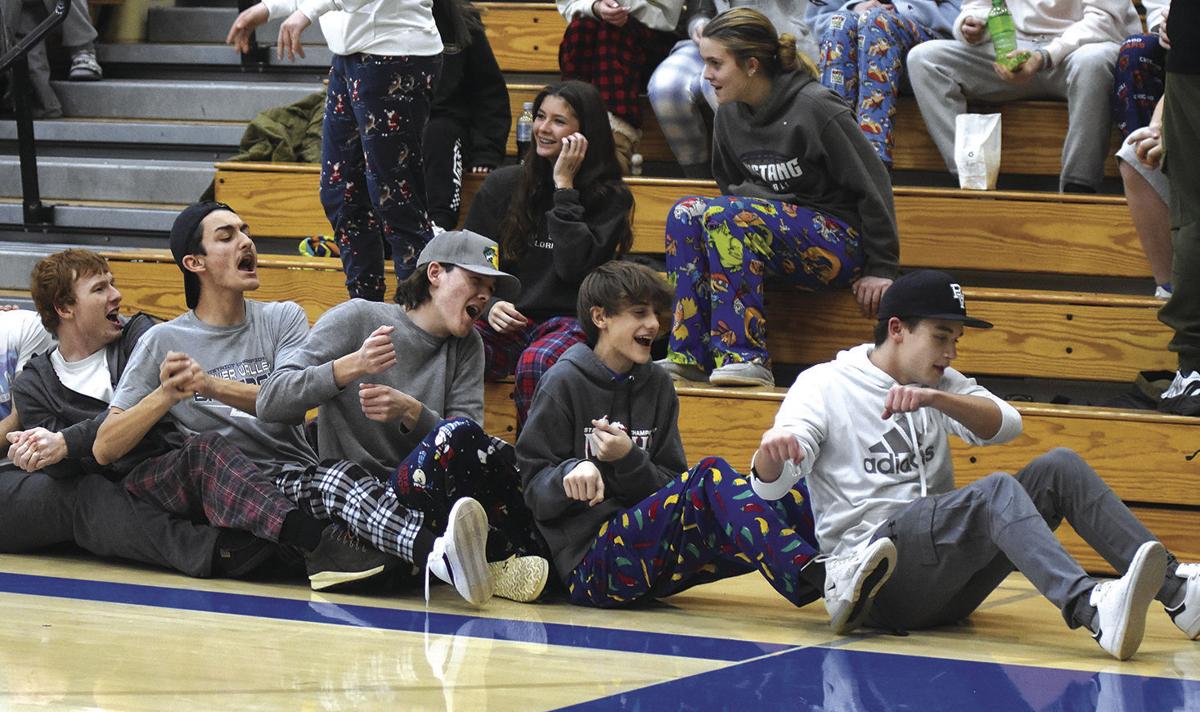 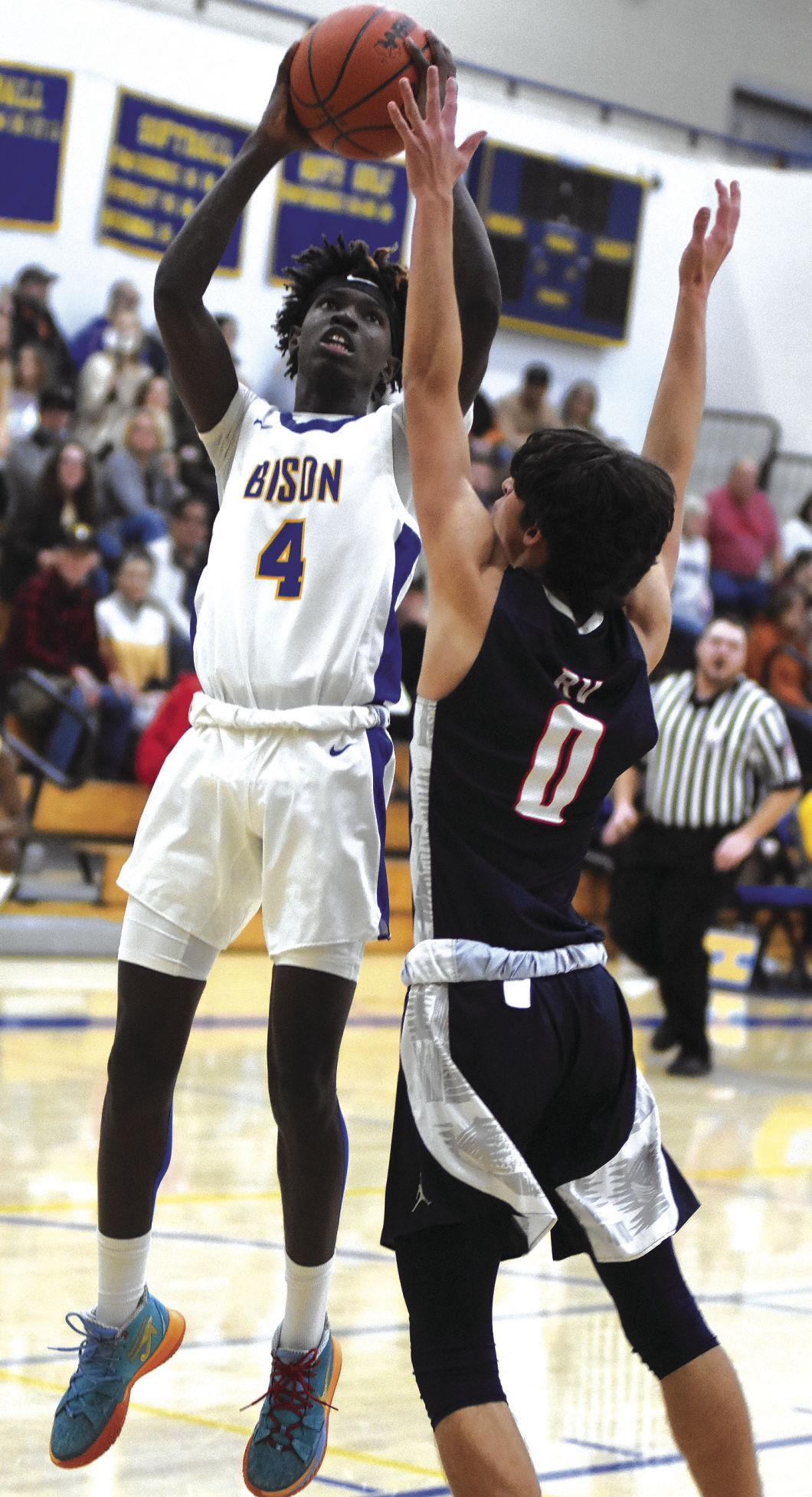 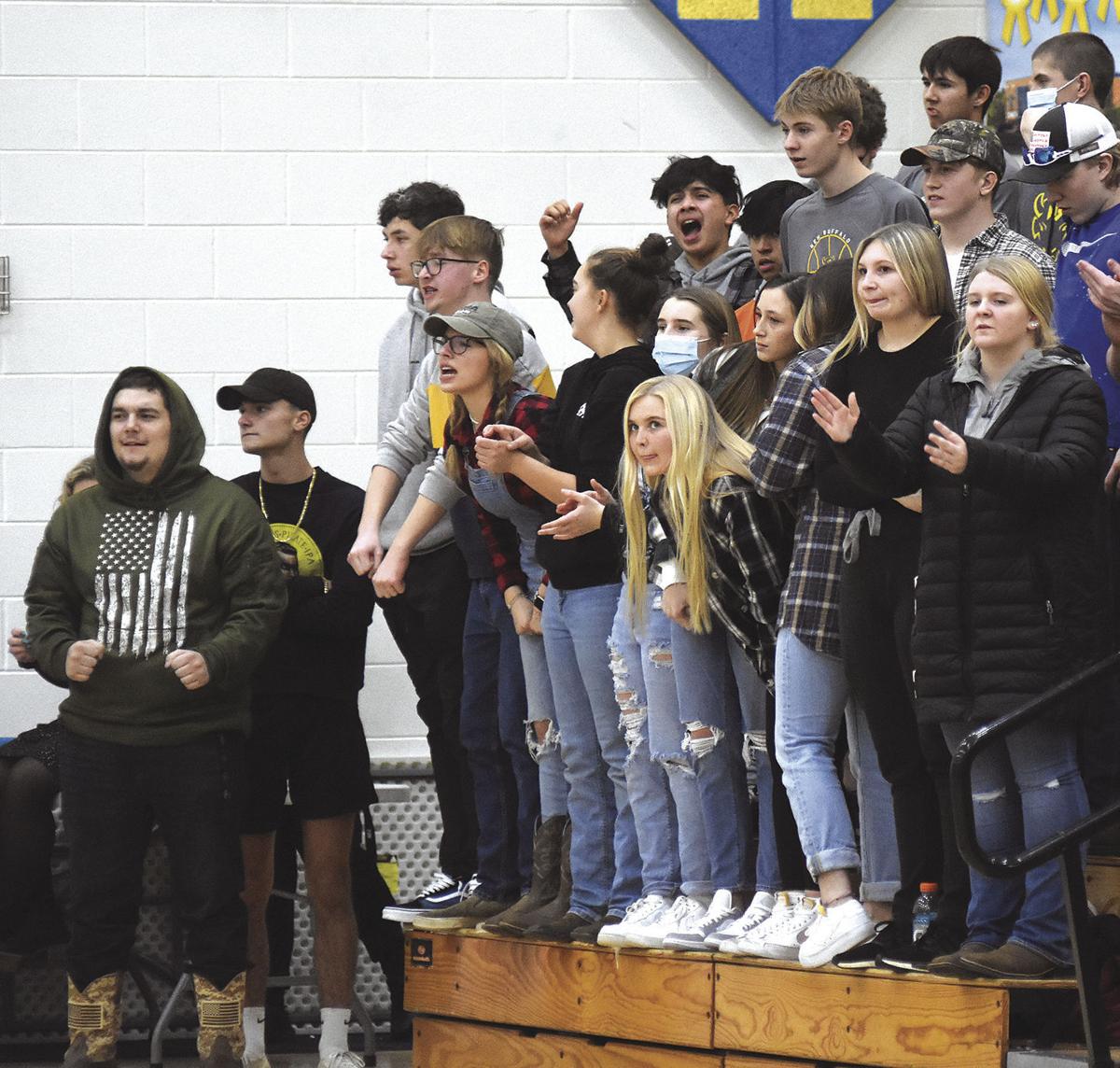 The Bison faithful pull for their team on Jan. 10. 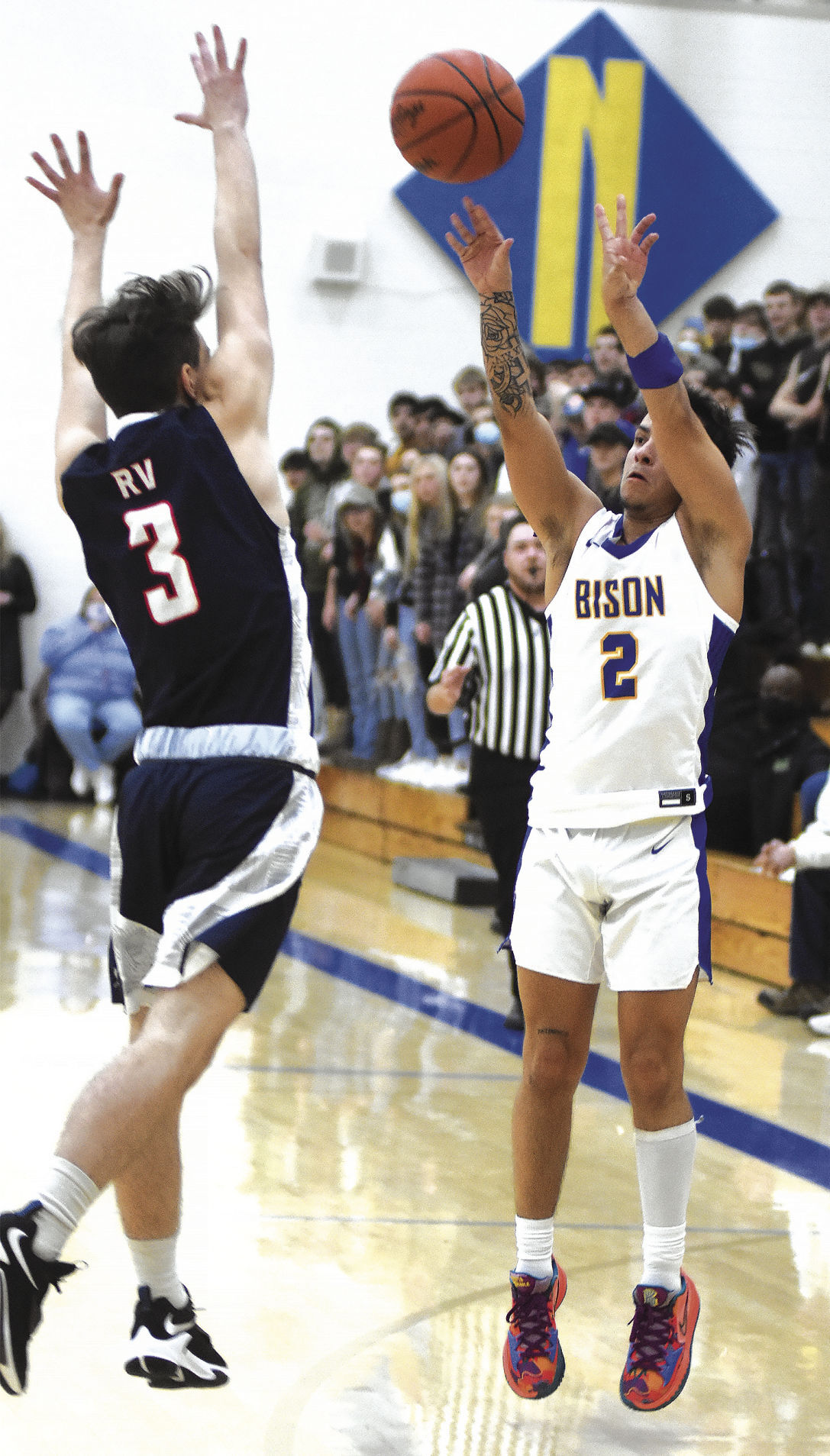 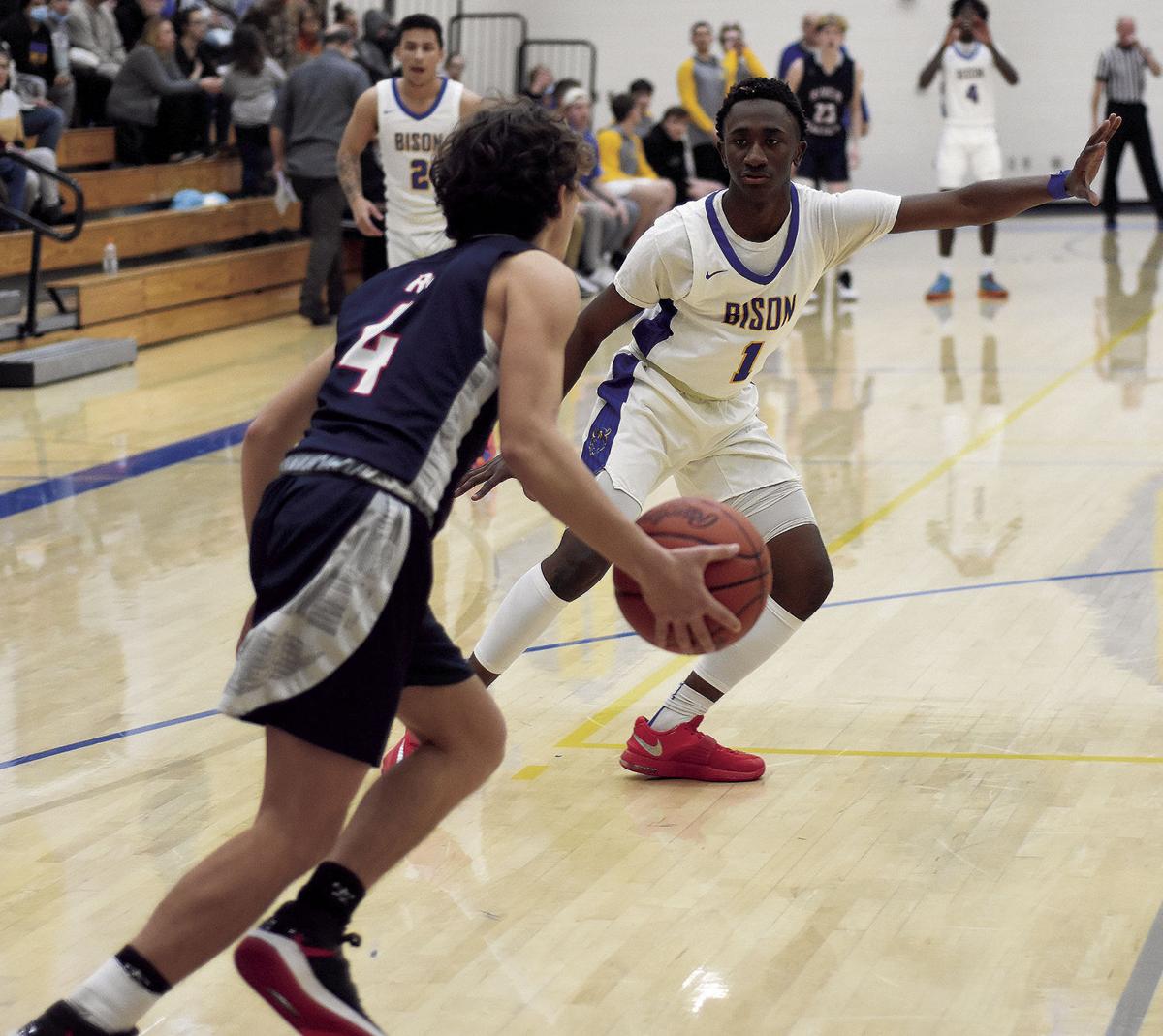 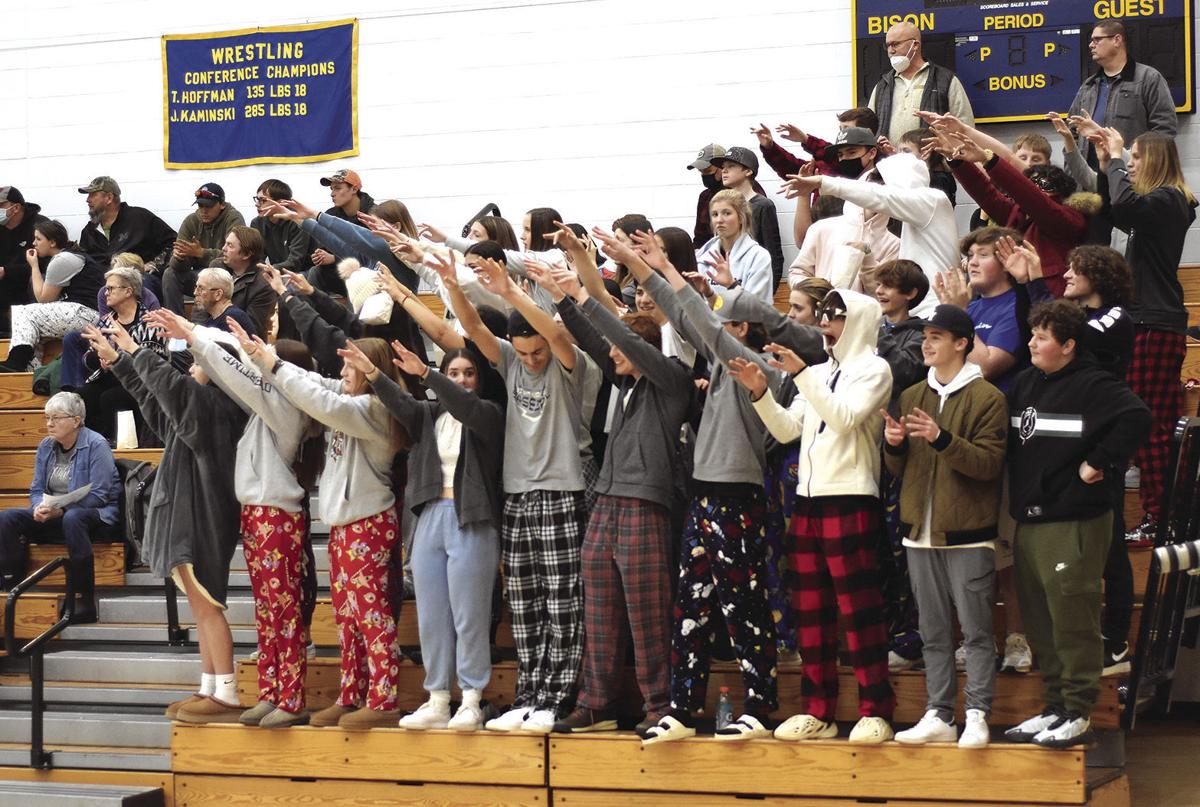 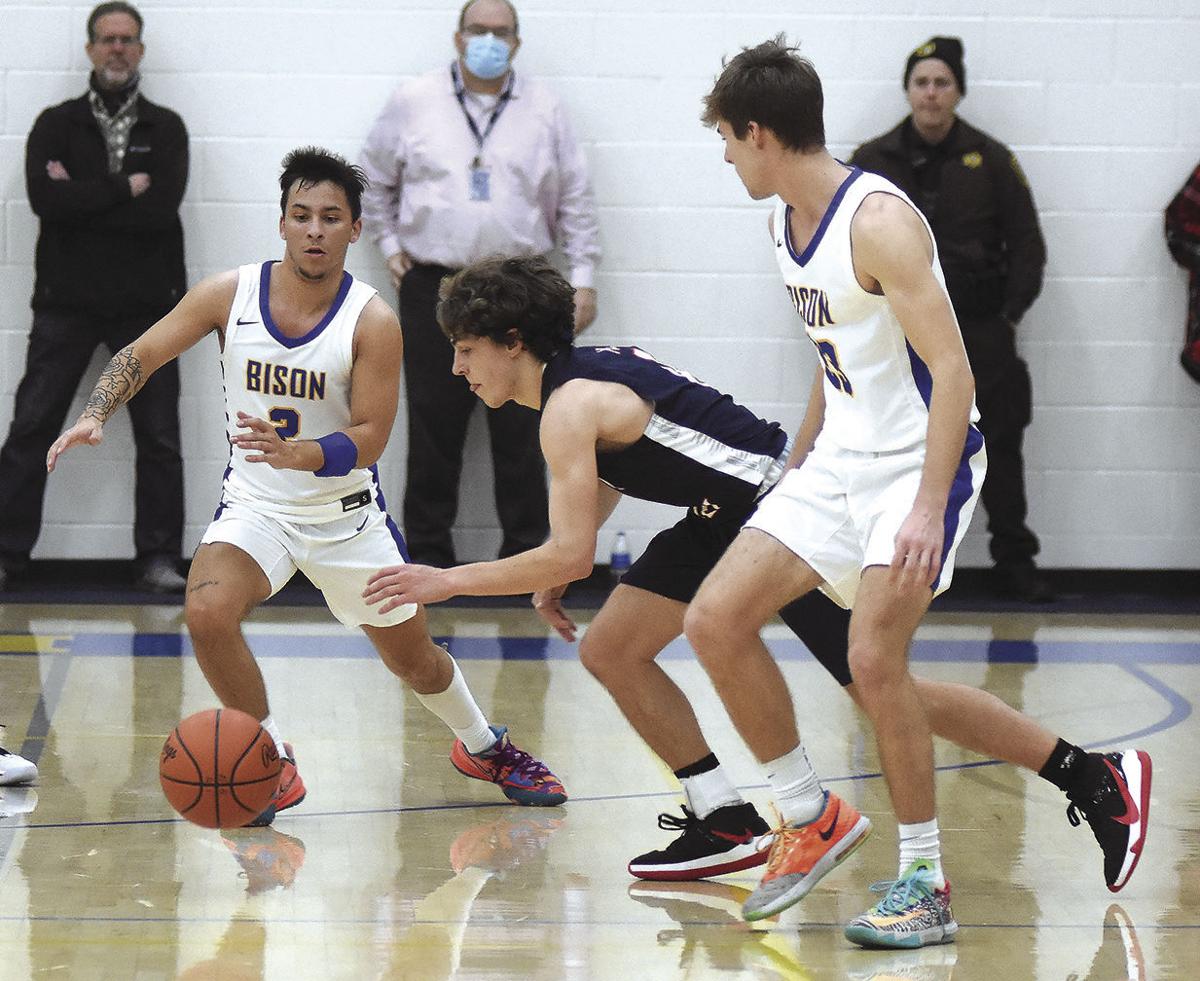 River Valley’s Cadden Krieger (left) drives to the basket while Ryan Vinson of New Buffalo goes for a block on Monday, Jan. 10.

The Bison faithful pull for their team on Jan. 10.

The score was knotted at 6-6 when New Buffalo went on a 14-2 run fueled by baskets from Jeremiah Mitchell and Kaden Parmley and consecutive Anthony Lijewski three-pointers.

“We all worked together as a team – as usual,” Mitchell said. “And when we start off like that that’s how we get the game running.”

The Mustangs had cut the margin down to six (22-16) in the second stanza thanks to points by Patrick Driscoll, Jayden McNabb and Josh Seifert, but the Bison answered in a big way with Mitchell scoring off a steal and then sinking a “3” before Markvell Shaw scored through a foul to open up a 29-16 advantage.

New Buffalo stayed safely on top to the half-way point of the contest (leading 43-29) thanks to a pair of backward scoops shots by Ryan Vinson, two baskets from Lijewski (a regulation hoop followed by a three-pointer) and a Mitchell field goal.

Valley’s attempts to draw closer in the third frame (led by Jayden McNabb and Seifert three-point baskets) were countered by a Mitchell “3” and scores from Parmley, Shaw and Zack Forker’s buzzer-beating basket to leave the lead at 14 points (55-41).

The Mustangs spent much of the final period playing catch-up, and baskets by Seifert, Ethan Izydorski, Driscoll, Cadden Krieger, Max Nicely and Ashton McNabb left the score 71-62 with just 22 seconds remaining in regulation.

The home team tacked on the game’s final three points as Parmley hit a free throw and Shaw knocked down a jumper.

“We weren’t playing our best tonight, but we just moved the ball around and got our open shots, scored when we could and played good defense,” Lijewski said.

Mitchell finished with 26 points and 10 rebounds for the unbeaten Bison while Vinson had 14 points and 11 boards, Lijewski tallied 14 points, and Parmley scored 12.

Seifert led a balanced RV attack with 15 points, Jayden McNabb and Krieger each scored 11, Driscoll finished with 10 points and 13 rebounds, and Ashton McNabb pulled down 11 boards.

“Our guys kind of put it in cruise control mode, and that’s something they can’t do. They should have finished the game … They need to get that killer instinct in them,” he added.