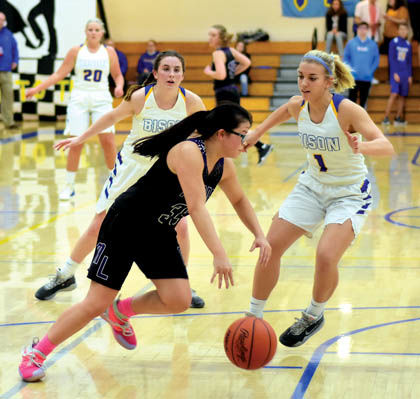 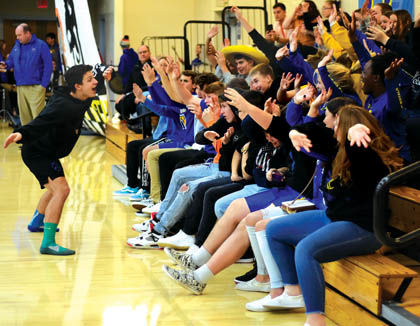 Nadia Collins of New Buffalo (left) puts up a shot over Michigan Luntheran's Rebekah Hisle during the Feb. 7 Winterfest game. 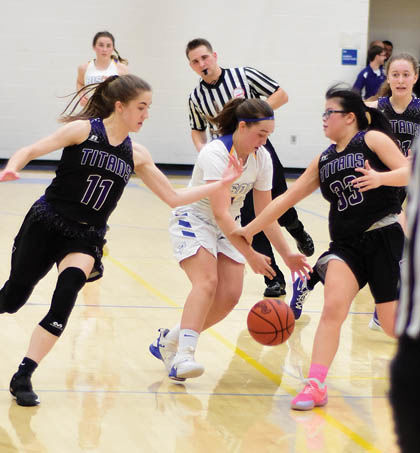 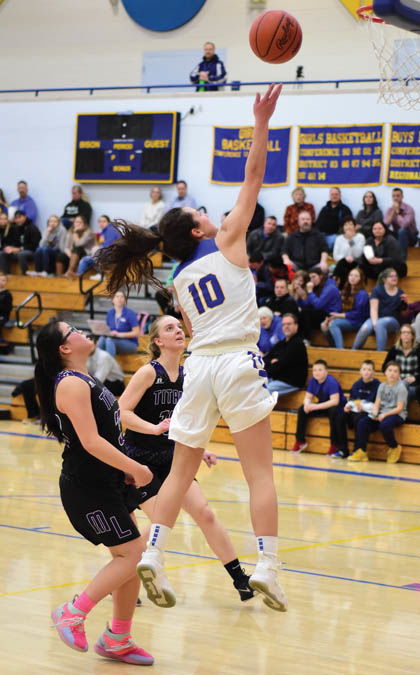 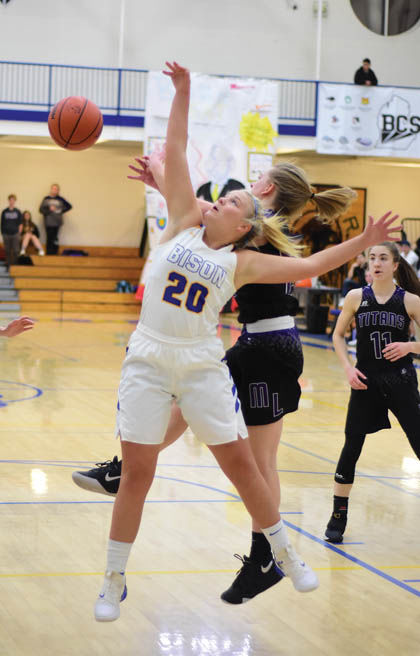 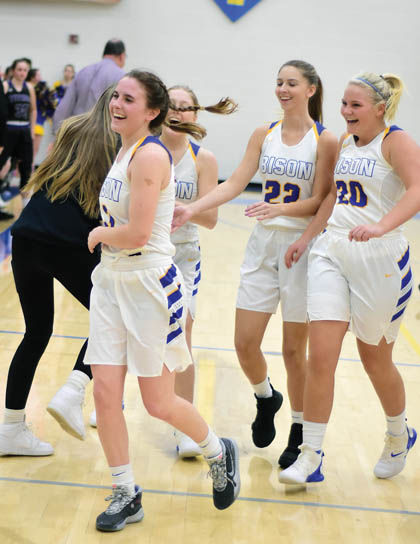 Nadia Collins of New Buffalo (left) puts up a shot over Michigan Luntheran's Rebekah Hisle during the Feb. 7 Winterfest game.

NEW BUFFALO — It was more hard work on both ends of the court than Winterfest magic that powered the New Buffalo High School girls basketball team over previously unbeaten (and ranked 5th in Division 4) Michigan Lutheran 54-34 on Friday, Feb. 7.

NBHS senior Mary Mayer noted that this is the first time she's been victorious against the Titans.

"This feels amazing … Everyone sticking together and playing as a team, that was huge for us," she said.

The visiting Titans were within three points of the lead (19-16) as the second quarter was winding down, but a field goal by Abby Vitale and four points from Nadia Collins (two free throws followed by an offensive rebound and put-back) opened up a 25-18 half-time margin.

The lead reached double digits (29-18) early in the third period thanks to buckets by Collins and Georgia Arvanitis.

Michigan Lutheran answered with a shot from Mara Rugen, but for the most part the Titans were off the mark in the second half — especially from three-point range.

Sophia DeOliveira's steal and lay-up, a short-range jumper by Vitale and a 2-for-2 trip to the foul line by Collins following another offensive board upped the advantage to 35-21 at the 3:25 mark of the third.

Another rebound and bucket by Collins and Mary Mayer's spin-move layup helped offset a late "3" from Lutheran's Maria Rush and send the Bison into the final frame on top 39-27.

The fourth quarter opened with consecutive three-pointers from DeOliveira and Aaron James to open up an imposing 45-27 mountain for the Titans to climb.

"I just have to take the risk sometimes for the team," James said of her long-range shot.

"I didn't know how I was going to play, but I came out very strong — I wanted to win," Collins said.

She finished with 22 points, 7 rebounds, 4 blocks and three steals.

"We couldn't just throw passes around, we had to be strong with them."

Vitale said the Bison were then able to get the basketball to the middle to set up their offense.

The Bison boys varsity team upped its BCS White Division record to 7-1 with a 57-40 victory over Michigan Lutheran in the Feb. 7 Winterfest contest.