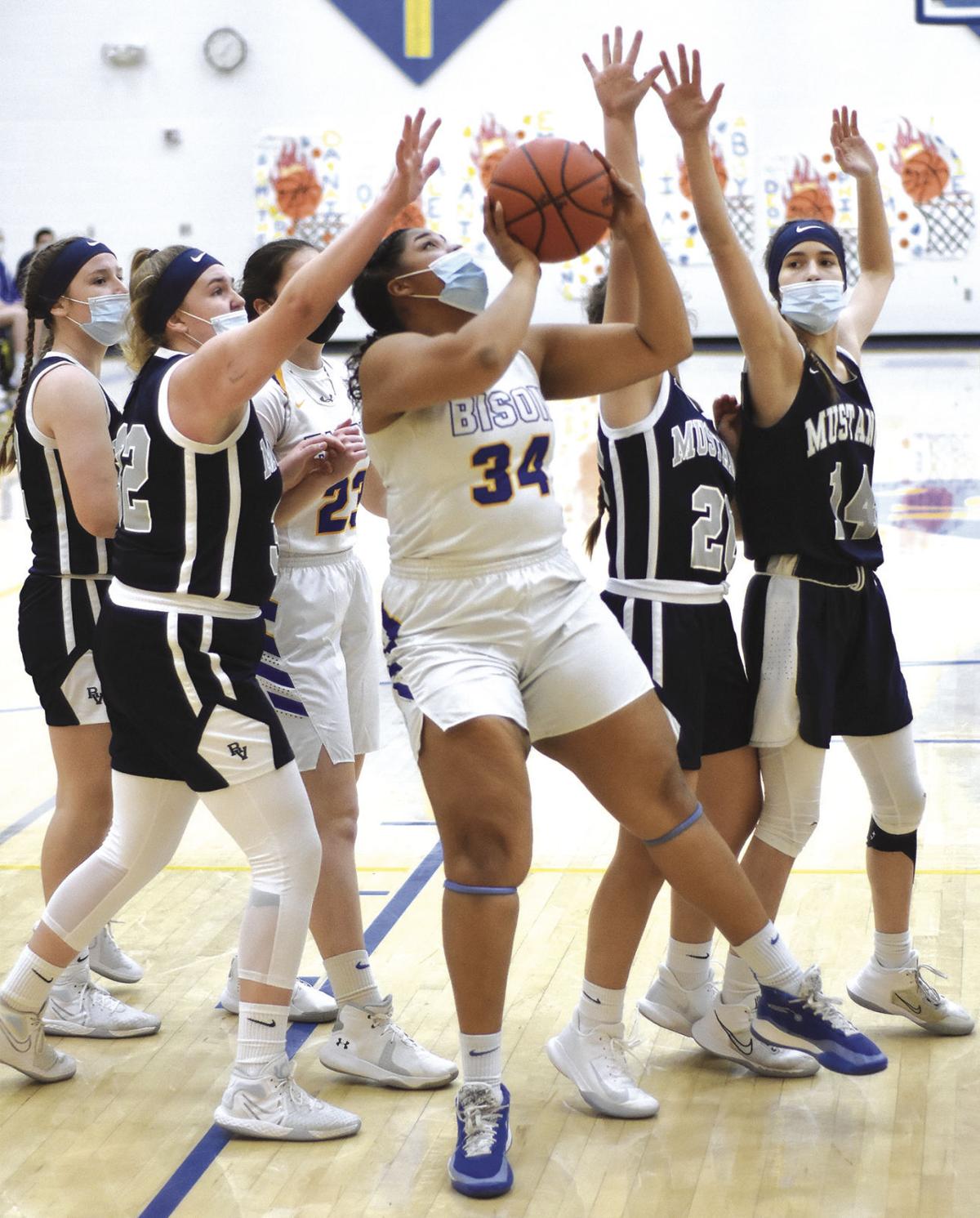 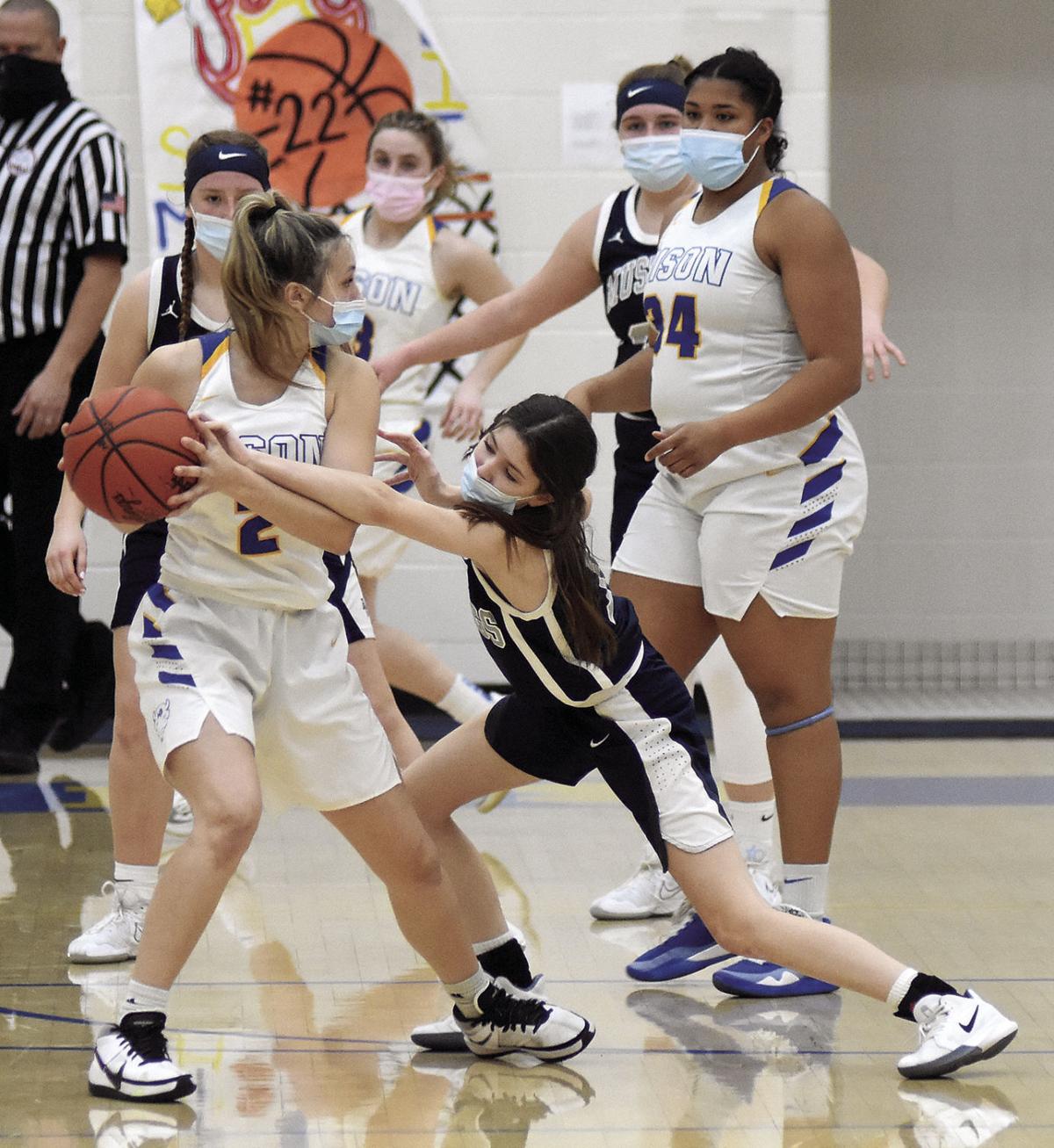 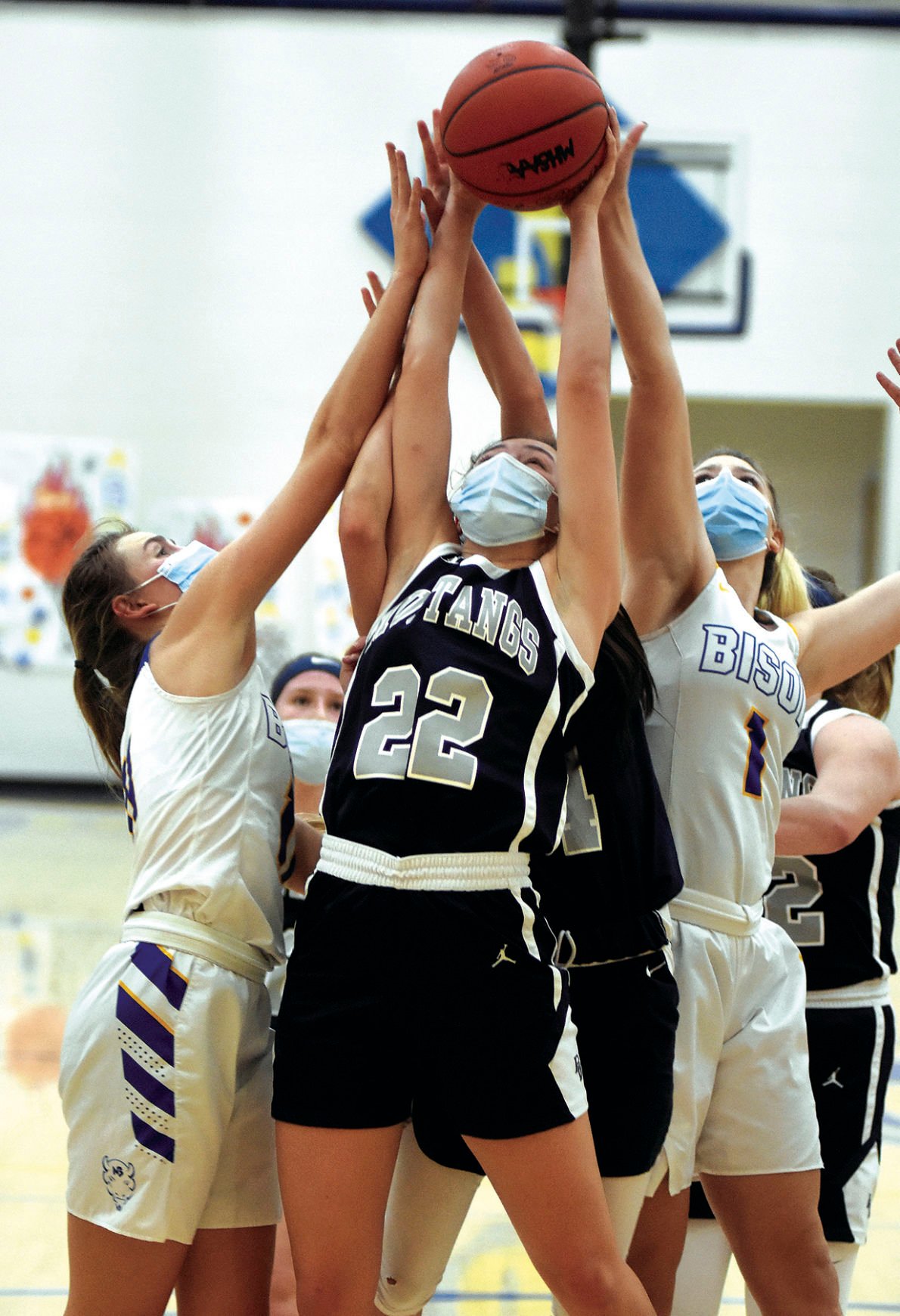 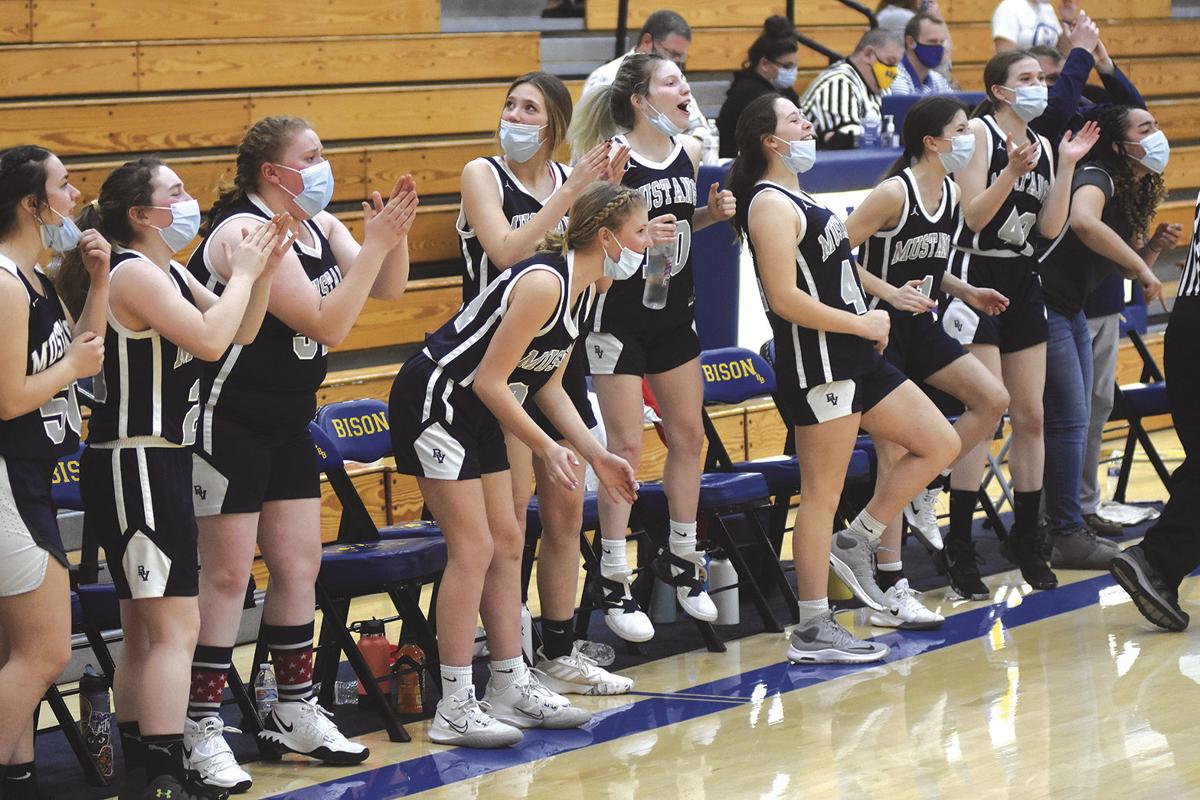 The Mustang bench cheers in the late going on March 24. 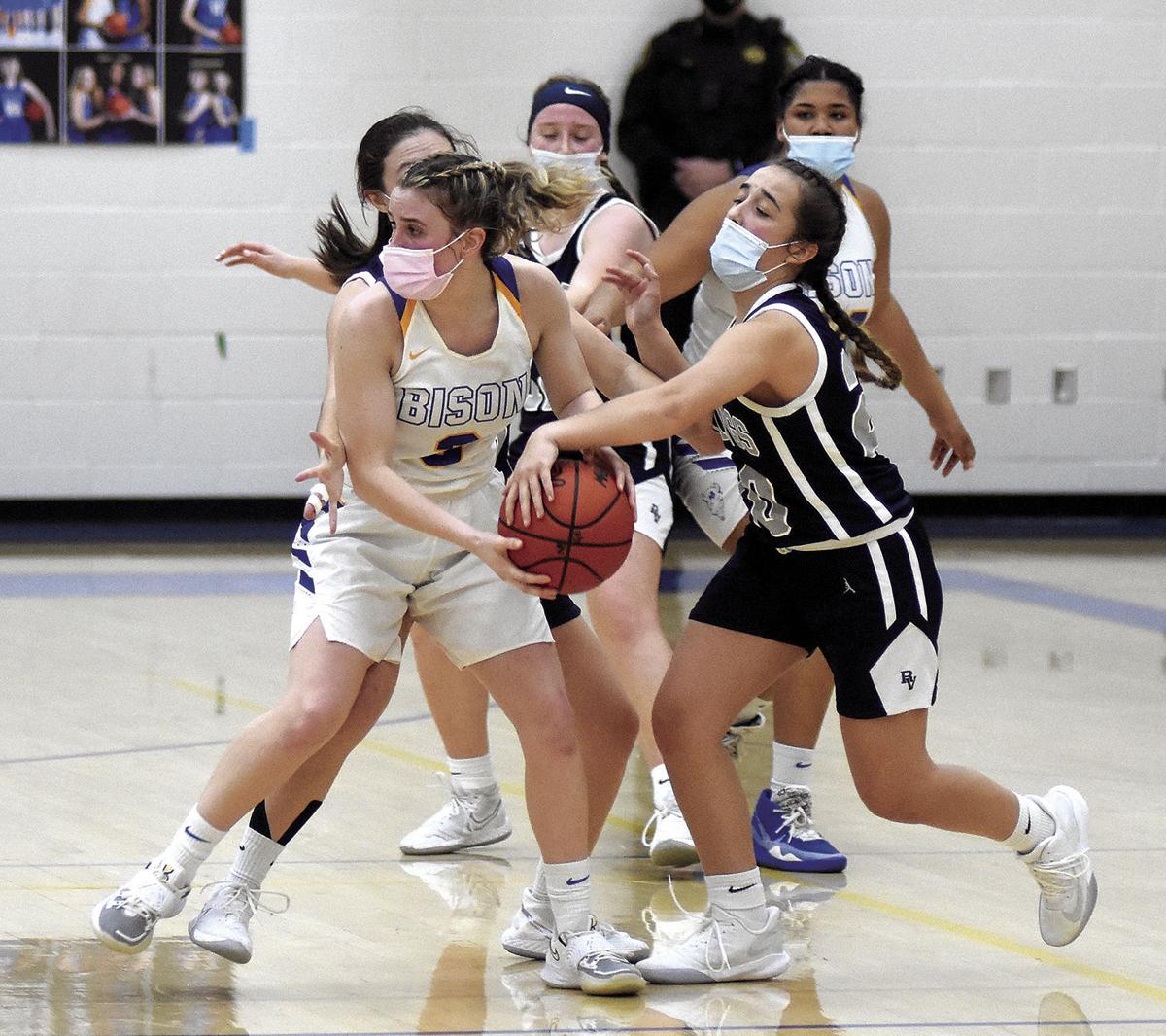 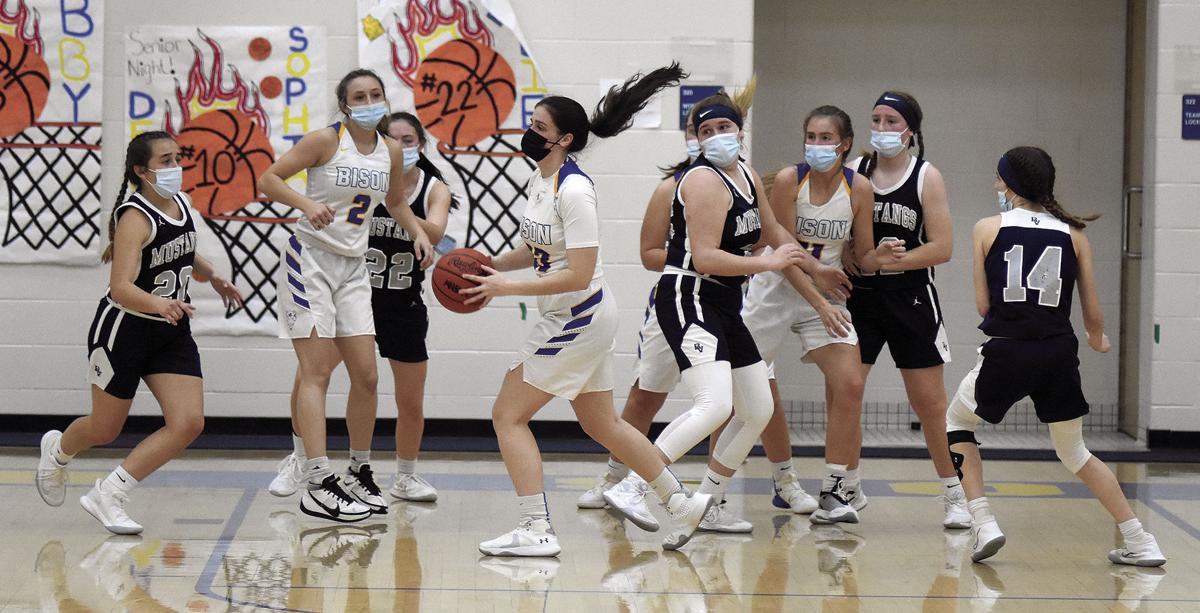 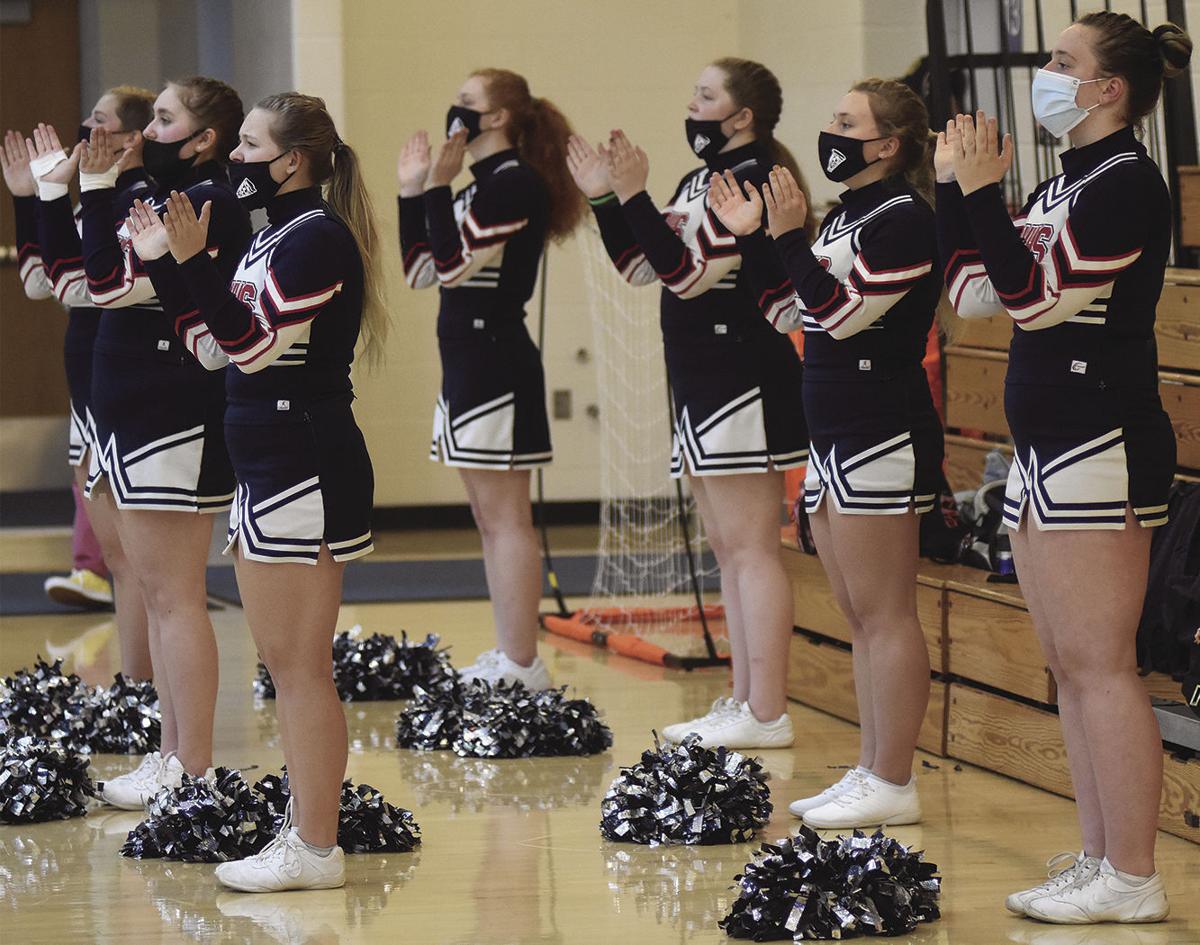 The Mustang bench cheers in the late going on March 24.

“We definitely had to fight for it,” said New Buffalo’s Abby Vitale. “At the end the crowd was so loud, it was back and forth, down and back, it was a vey fast game. But I think we just really wanted to pull it off art the end.”

The Mustangs built an early 8-7 lead before the Bison finished the first quarter on a 6-0 run powered by Nadia Collins and Sophia DeOliveira field goals.

New Buffalo opened up a 24-13 margin in the second period as Ava Mullen and Aaron James sank three-pointers.

The Bison upped their lead to nine (34-25) early in the final frame as DeOliveira and Collins tallied baskets.

The Mustangs began their rally with 6:05 left in regulation as Hauch sank a “3.” A basket by Macey Springer, two free throws from Natalyn Heckathorn, and Volstorf’s drive to the hoop pulled River Valley within a single point of the lead (35-34) at the 4:38 mark.

New Buffalo answered as DeOliveira and Collins converted offensive rebounds into buckets to forge a 39-34 margin.

River Valley made one last run, with a Springer score and a free throw by Hauch cutting the Bison advantage to 40-38.

But the Bison finished the game on a 6-0 run that began with a block by Allie Smith and a DeOliveira foul shot, and gained momentum as Kelsey Corkran twice drove the basket and scored in the late going to make it a 43-38 ball-game.

“We were definitely wanting to score to keep the lead, and I saw an opportunity,” Corkran said.

New Buffalo forced a turnover and went 3-for-4 at the line down the stretch.

“We just had to get back in the right mindset, start slowing things down, and we got back into it,” Collins said.

“They’re a good team and we knew they were going to make a run at us. We’re happy to get out of here with a win.”

Hauch finished with 15 points for the Mustangs on her birthday while Springer scored 10 and Volstorf added 6 points.

“We just made a few more mistakes than they did tonight, and they executed on that,” he added.