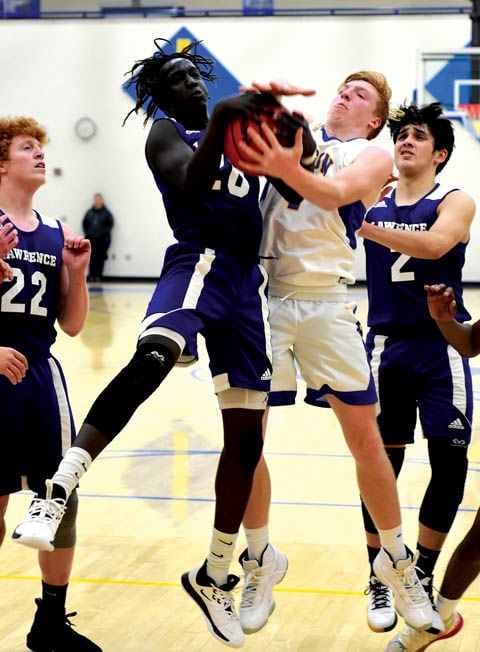 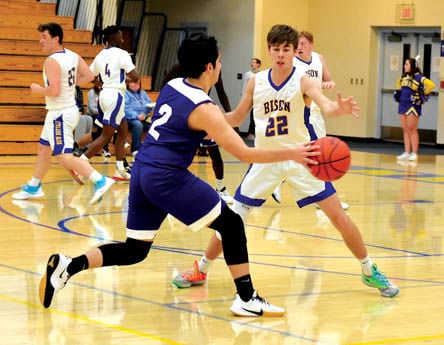 Anthony Lijewski of New Buffalo (right, No. 22) defends against Jacob Zapata of Lawrence. 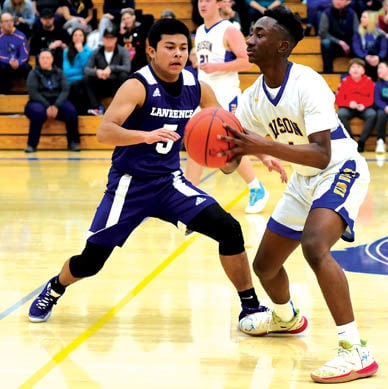 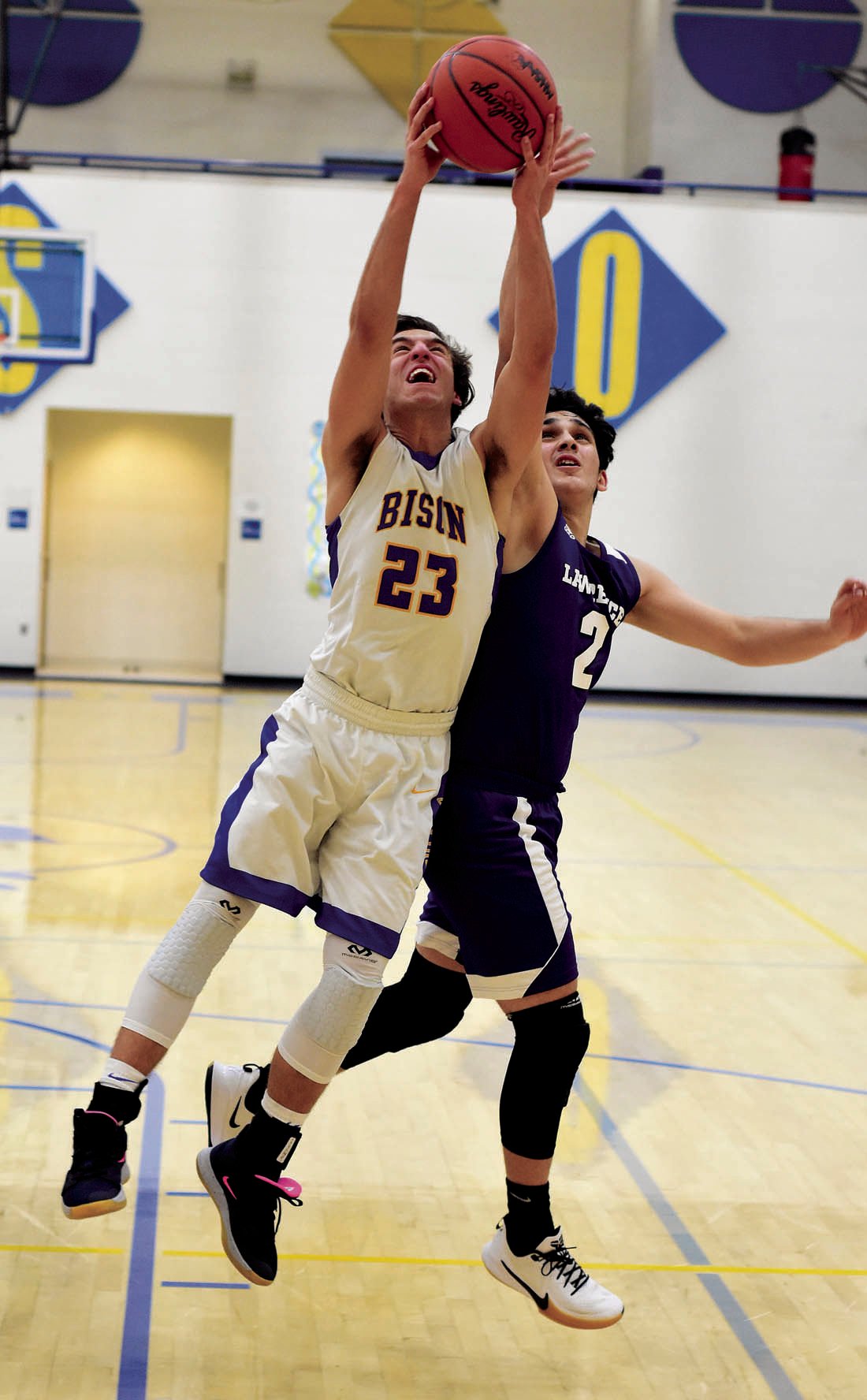 Sean Gordon and Jacob Zapata reach for a rebound. 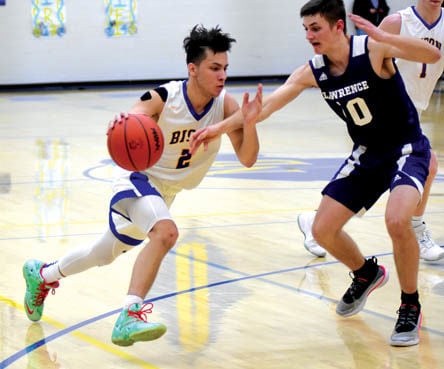 Anthony Lijewski of New Buffalo (right, No. 22) defends against Jacob Zapata of Lawrence.

Sean Gordon and Jacob Zapata reach for a rebound.

The Bison (2-0) topped the Tigers 45-39 in a BCS White Division contest that saw Lawrence consistently battle back after New Buffalo was able to build a lead.

Bison coach Nate Tripp said Lawrence has improved a lot over the last couple of years.

“They are a strong opponent, they played tremendous defense.”

The margin was just one (9-8) after one period of play, with Kaden Parmley scoring five early points for NB and Lewis Williams likewise for Lawrence.

The Tigers responded with nine unanswered points to seize a 21-18 lead (Bol Bak scored five of the points and hit a “3”).

New Buffalo battled back in the third quarter, with baskets from Tucker Morse (a regulation hoop and a three-pointer) pushing the home team back on top 26-25.

Sean Gordon’s field goal and a four-point play by Parmley with 35.7 seconds to go in the third upped the New Buffalo margin to 32-27.

Morse said the Bison were struggling against Lawrence’s defense in the first half, but came out and attacked more effectively in the second half.

The Bison entered the final frame ahead 32-29, but consecutive scores from Parmley, Shaw (a 3-pointer) and Shaw again (this time driving inside) to make it a 10-point ball game (39-29).

This time the Tigers couldn’t put much of a dent in the New Buffalo lead, going 1-for-4 from the free-throw line with a bucket by Kaleb Smith before Brandon Lopez’s late three-pointer accounted for the final tally.

“We just stayed together and kept composure, We didn’t freak out” Parmley noted. “I think a difference from last year is maturity.”

Coach Tripp said the Bison did a good job protecting the lead in the late going.