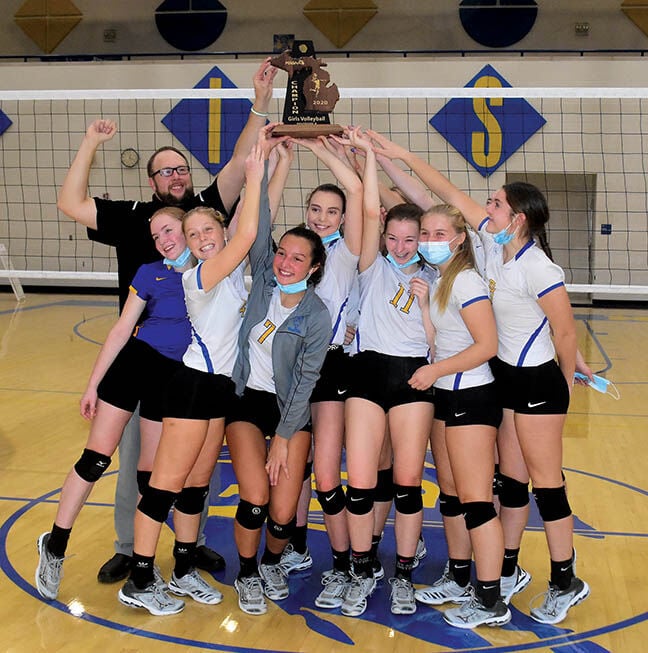 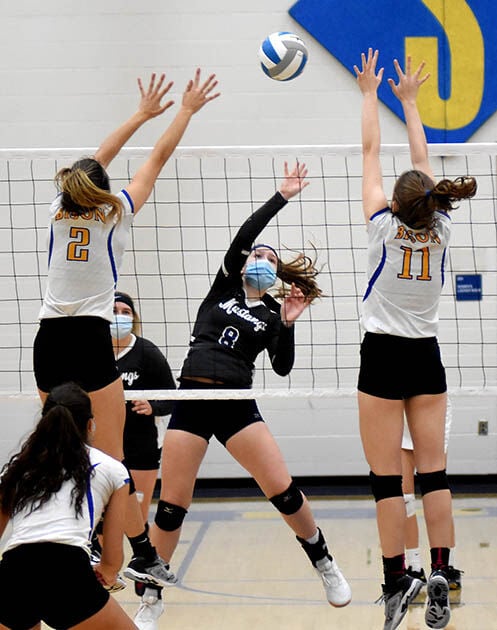 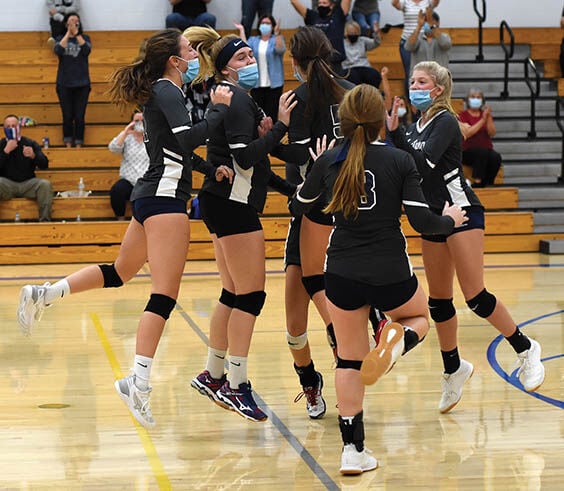 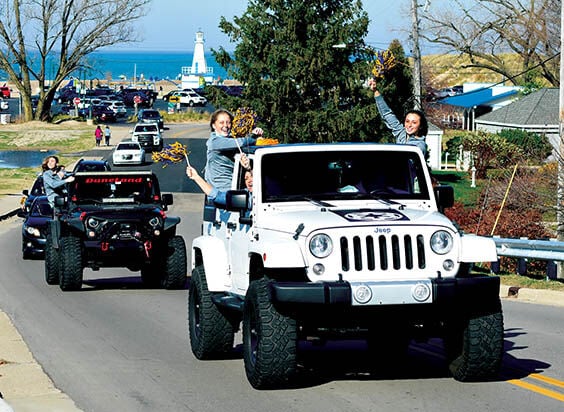 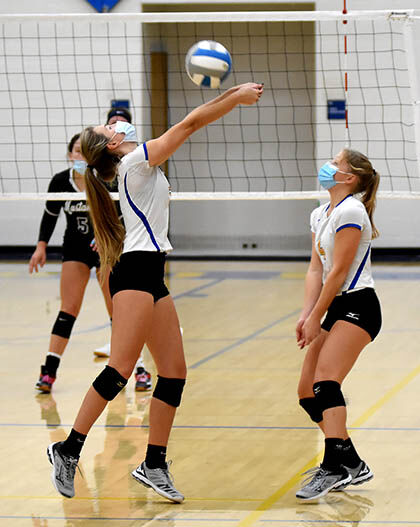 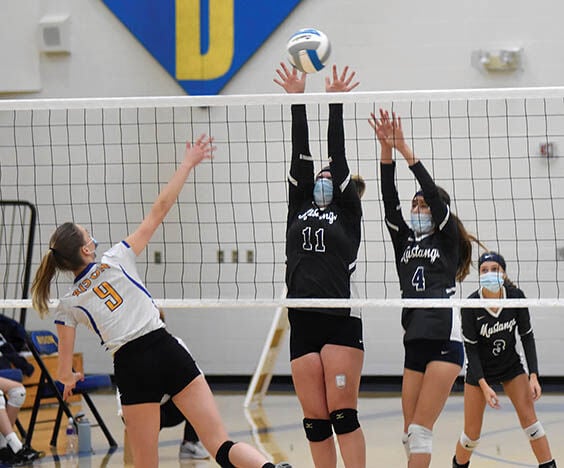 New Buffalo’s Ashley Hauseman (from left) looks to push the volleyball over Hailey Hauch and Natalyn Heckathorn of River Valley on Nov. 7. 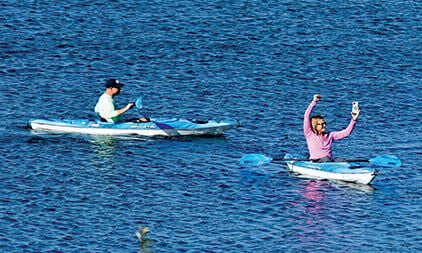 New Buffalo’s Ashley Hauseman (from left) looks to push the volleyball over Hailey Hauch and Natalyn Heckathorn of River Valley on Nov. 7.

The 20-0 Bison topped River Valley by 25-17, 25-13, 25-20 tallies to defend their Division 4 district title. A little over a week earlier New Buffalo claimed the BCS White Division crown by sweeping past Countryside Academy and Michigan Lutheran.

“It feels so good …and it feels good to play this year,” senior Emma Lantz said. “We were scared that our season was going to get canceled, so it just feels really good to be out here.”

New Buffalo coach Kevin Labaj said the Bison got some early jitters out of their systems in the opener and got on a roll until they may have started “looking toward the future a little too much” in the third set.

A show of spiking power that featured attack kills from Sophia DeOliveira and Ava Mullen and ace serves by Amanda Jones and Ashley Hauseman helped open up a 16-9 lead in the Bison’s first set against River Valley.

The Mustangs battled back, with a point-scoring tip by Natalyn Heckathorn pulling River Valley within five (22-17) before Hauseman’s block and an ace serve from Lantz slammed the door shut.

The Bison were in control from beginning to end in the second contest. DeOliveira slammed down four kills, Lantz served up three aces and Mullen added a pair of unreturned serves as New Buffalo rolled to a 17-4 lead. DeOliveira added two more attack kills to finish the 25-13 win.

A flurry of kills by Mullen, Allie Smith, DeOliveira and Hauseman powered the Bison out to an 11-6 advantage in the third set, but RV rallied.

Ace serves by Ashley Sterling and Macey Springer along with a Lynch block and Springer’s kill helped pull the Mustangs even at 13-all.

A kill and a tip by DeOliveira and Mullen’s spike to the gym floor had the Bison back on top 17-14, but River Valley tied things up again (at 17-17) with Alexis McCarty contributing a key kill.

DeOliveira came through with two kills, a point-scoring tip and an ace serve at crunch time while Mullen added an attack kill and a match-ending ace.

“It was very exciting, especially having that feeling of the last serve and being able to get it in and win,” Mullen said.

Smith said she thought the Bison did better as the match progressed.

Labaj said New Buffalo will next face Battle Creek St. Phillip in a regional semifinal match set for 4:30 p.m. Tuesday, Nov. 10. He said the Bison went into districts ranked second in the MaxPreps ratings and seventh in the MHSAA Division 4 poll.

The hard-fought victory avenged a semifinal round loss to the Titans at the Nov. 30 BCS White Division tourney.