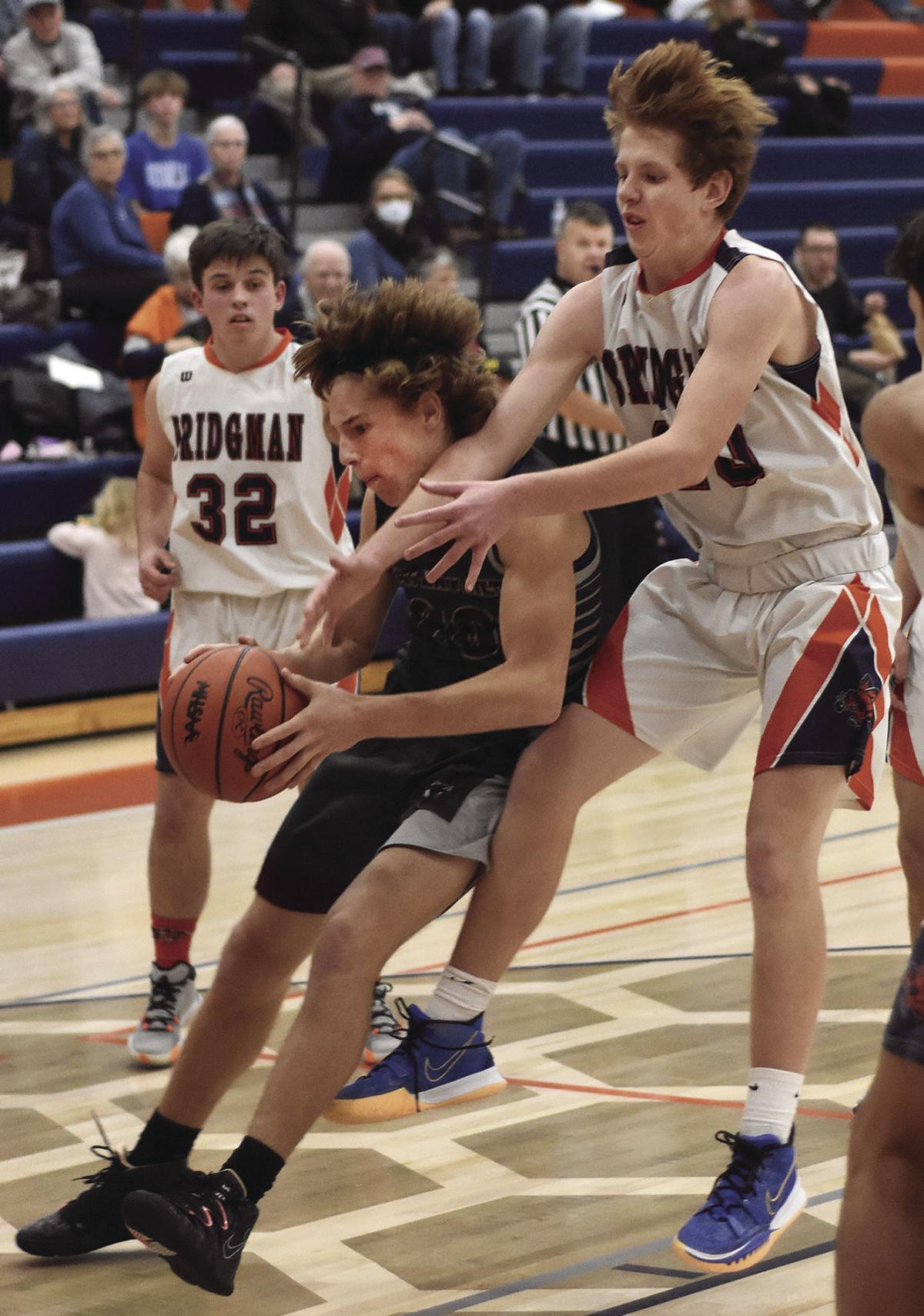 Kaden Bierhalter of Watervliet and Bridgman’s iley Gloe (from left) go after the basketball. 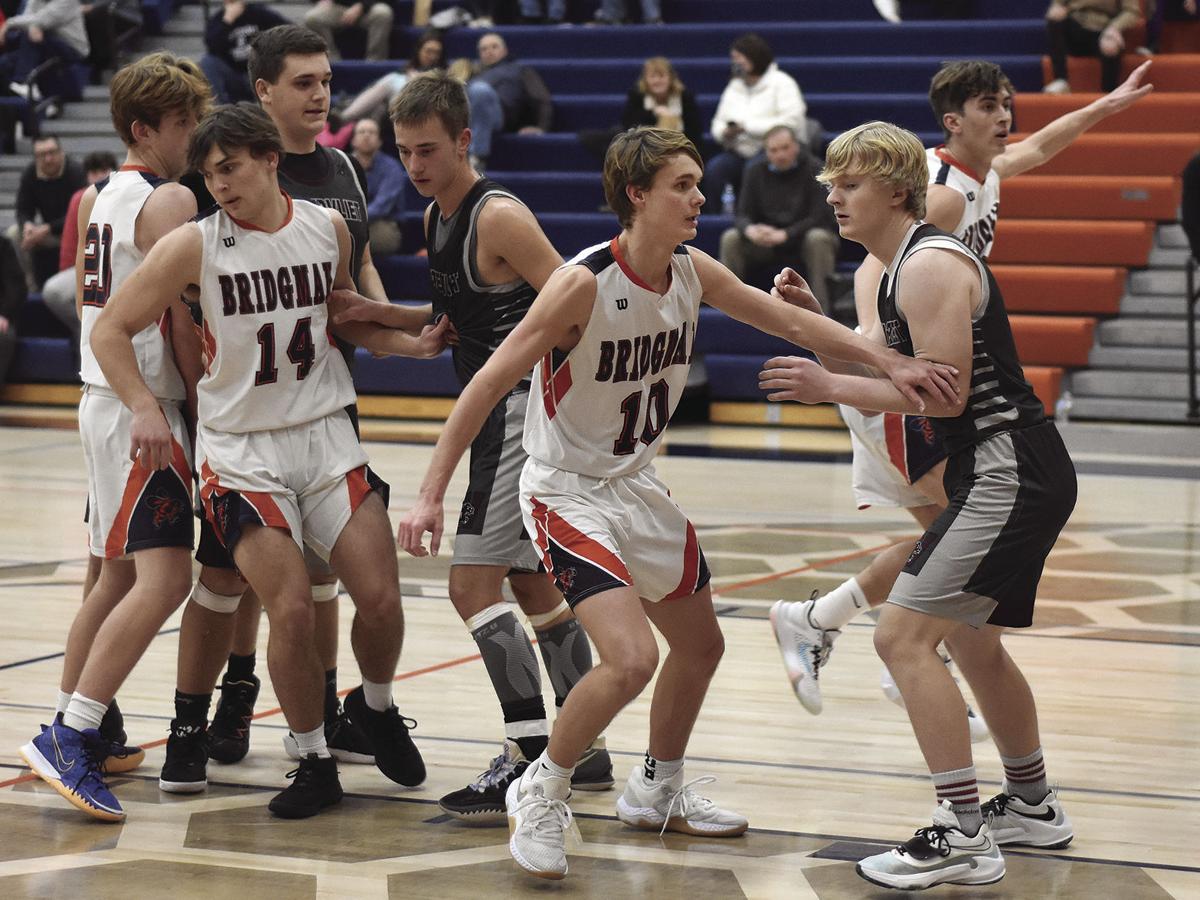 Bridgman players scarmble to get open on an in-bounds play. 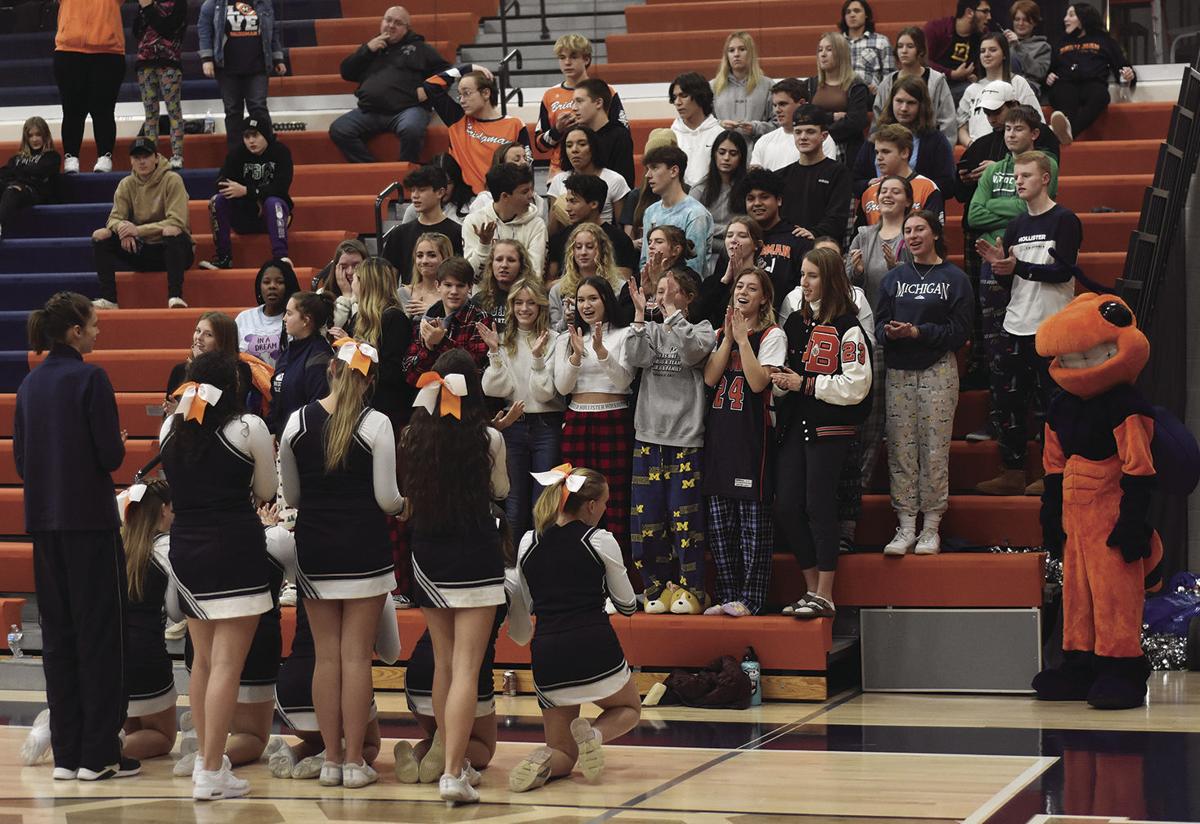 The Orange Crush student section cheers for the Bees.

Kaden Bierhalter of Watervliet and Bridgman’s iley Gloe (from left) go after the basketball.

Bridgman players scarmble to get open on an in-bounds play.

The Orange Crush student section cheers for the Bees.

BRIDGMAN — Watervliet used hot shooting down the stretch to rally from a 10-point deficit to edge Bridgman 59-56 in a Dec. 7 season-opener.

A Riley Gloe bucket and John Sanderson’s three-pointer upped the margin to 10 points (43-33) late in the third period, but in a sign of things to come Andrew Chisek drained a trey before the quarter had ended to pull the Panthers within seven (43-36).

Watervliet got a series of clutch buckets from Wyatt Epple, Chisek and Kaden Bierhalter to seize a 51-50 lead with 2:19 left in regulation.

Ensuing lay-ups from Bierhalter and Tyson Williams upped the lead to 55-50 with less than a minute to go.

Jayce Warren (who finished with a game-high 31 points) drained a pair of late three-point baskets to keep things close, and even had a chance to force overtime with a late attempt from the three-point zone, but in the end Watervliet’s fourth-quarter surge stood up.

Sanderson scored 11 points for the Bees.

The Bison won their Dec. 8 opener at Sturgis 77-73 behind a balanced attack.

The Bison are scheduled to visit Covert on Friday, Dec. 10, before hosting River Valley on Dec. 14.