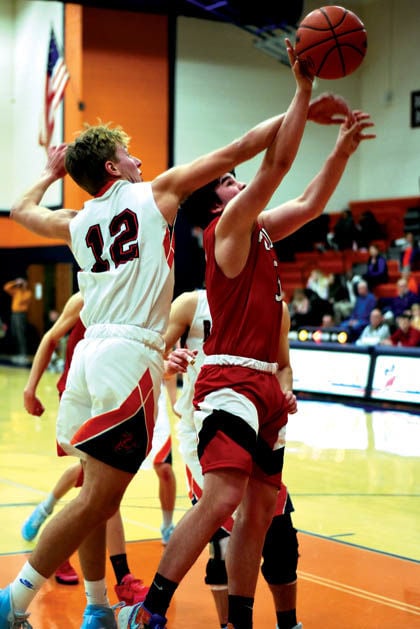 Bridgman’s Jackson Schmaltz (left) goes for a block against Clayton Bretch of Paw Paw during the Dec. 27 game. - Photos by David Johnson 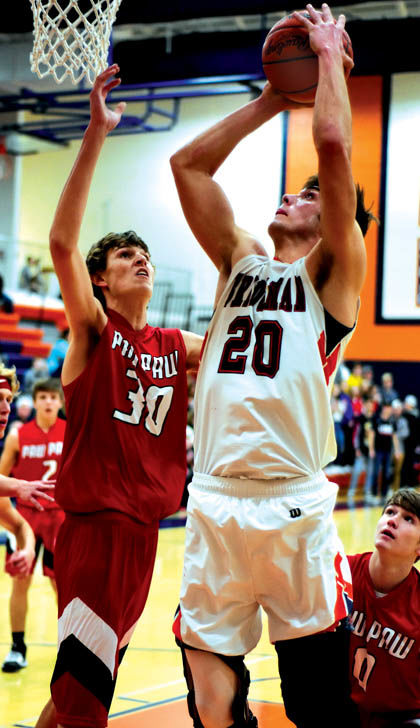 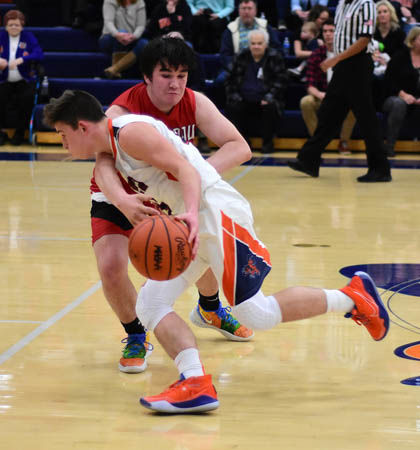 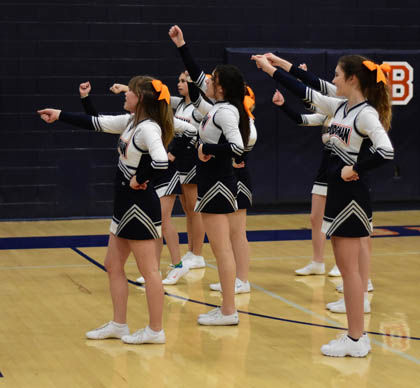 Cheering on the Bees.

Bridgman’s Jackson Schmaltz (left) goes for a block against Clayton Bretch of Paw Paw during the Dec. 27 game. - Photos by David Johnson

Cheering on the Bees.

Despite a series of disputed charge calls, foul trouble to a starter and two poked eyes, the host Bees stayed close until Paw Paw finished on a 7-2 run over the last minute and a half to prevail 49-44.

After falling behind 7-4, Bridgman built an 11-10 first-quarter lead as Hunter Adams scored 7 straight points (the last on a three-pointer).

The game stayed close in the second stanza as Jackson Schmaltz sank three field goals while Finlay Tate, Clayton Bretch and Mitchell Mason scored for Paw Paw to leave the half-time score 20-19 in favor of the visitors.

Adams tallied six third-quarter points for Bridgman before picking up his fourth foul on a charge while Henry Branch added four points. Adams would return for the fourth quarter, leaving in the late-going after taking a finger to the eye.

The Bees opened up a 38-33 lead midway through the fourth frame as Luke Blesy scored twice and got a put-back off an offensive rebound.

But Paw Paw battled back thanks to hoops from Tate and Bretch (a three-pointer) to forge a 38-all deadlock with 3:52 to go.

It was 42-42 at the 2:07 mark after Schmaltz scored for the Bees, but a steals and basket by Mason with 1:37 remaining gave paw Paw a lead it would not relinquish thanks to a 5-for-6 showing at the foul line down the stretch.

Vaickus paced Paw Paw with 14 points while Mason and Tate each tallied 12.