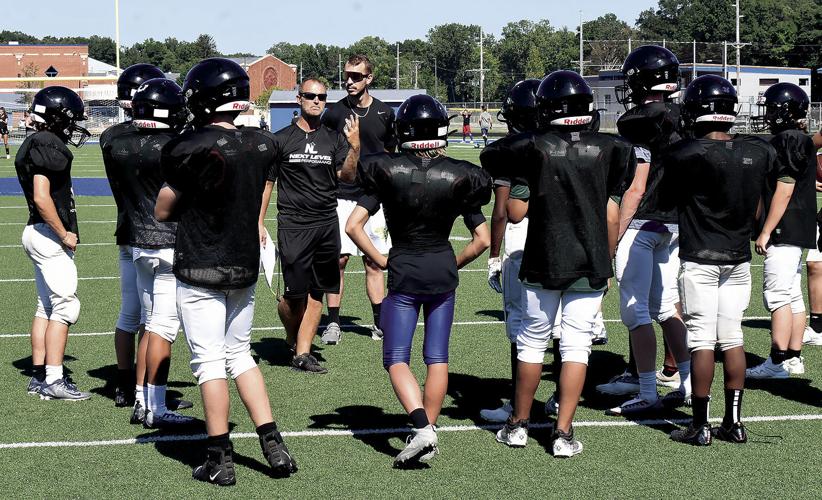 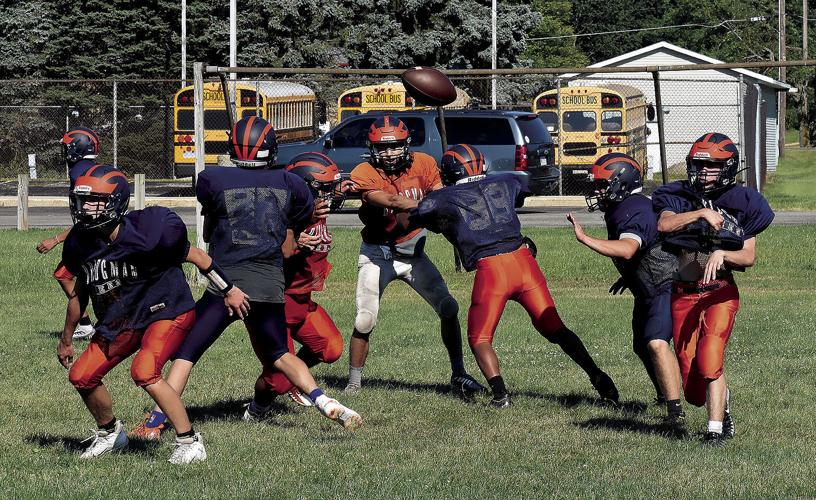 Coach Matt Johnson said there are 27 players in the eight-man program for 2022, with the JV and varsity rosters to be split pretty evenly.

Veterans of the first Raiders season include Eli Thomas (a senior who plays quarterback and halfback), and Ethan Lijewski (a sophomore quarterback).

Johnson said he is excited about the team’s linemen, “because they were the guys who were here for the majority of summer workouts.” They include junior center Cameron Forker, seniors Kayden Olson and David Fairchild, sophomore David Nicely, and junior Jordan Serrano.

“Those five guys are really going to anchor it,” he said.

He said some senior athletes that haven’t played football in a while have come out this year including Cadden Krieger and Josh Seifert.

“They’re going to help us out immensely on both sides of the ball.”

Another newcomer is Jaquon Pierce, a junior and former Bridgman player who now attends River Valley.

Johnson said Peyton Lijewski has hit the weight room hard and should see plenty of action at outside linebacker and wide receiver.

Also out after some time away from football is junior Sam Wenderl-Supa, who Johnson played well in a recent scrimmage with Climax-Scotts.

He expects sophomore M’Nason Smothers to see playing time on both the JV and varsity squads.

Johnson said there are a lot of freshmen out from River Valley, giving the junior varsity good talent (although he said the team is a little thin on the line).

“The JV did really well in the scrimmage … they picked up a lot of stuff and they were pretty effective.”

The Red Arrow Raiders varsity season opens at home on Thursday, Aug. 25 (at 7 p.m.) with Fennville paying a visit. The second week (7 p.m. Sept. 1) is a road game at Bridgman.

The Bridgman High School eight-man varsity football team is coming off an undefeated 2021 campaign that ended with a thrilling finale against Northpointe Christian.

There are a total of 14 players on varsity this fall and 13 on the JV squad.

The Bee varsity opens on the road Aug. 25 at Vermontville Maple Valley before the Sept. 1 home opener with the Red Arrow Raiders.