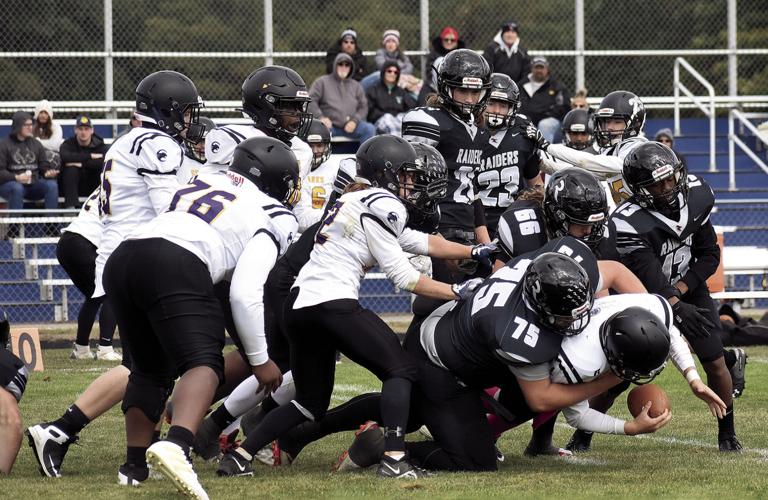 ed Arrow Raiders defenders team up for a tackle during the Oct. 8 River Valley Homecoming game against the Twin City Sharks. 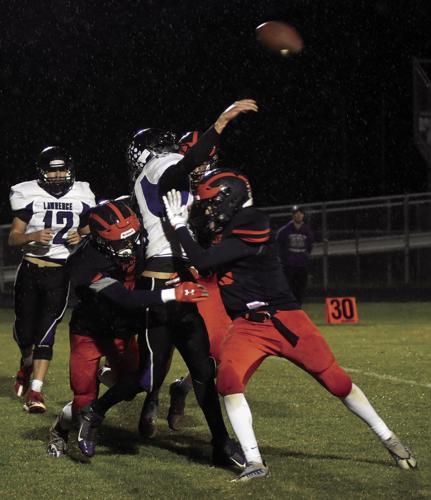 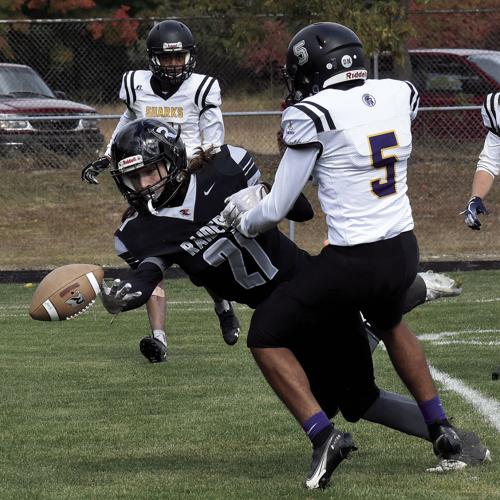 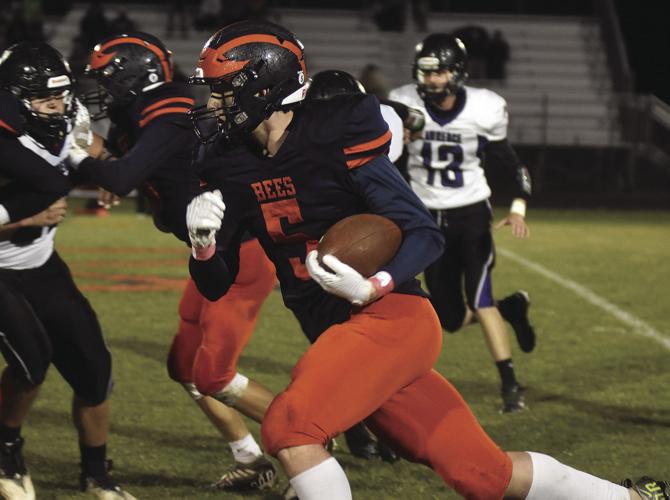 Wade Haskins gains ground for Bridgman during the Oct. 7 Homecoming game against Lawrence. 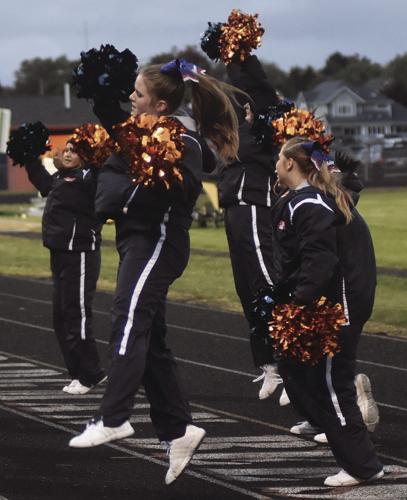 ed Arrow Raiders defenders team up for a tackle during the Oct. 8 River Valley Homecoming game against the Twin City Sharks.

Wade Haskins gains ground for Bridgman during the Oct. 7 Homecoming game against Lawrence.

RVHS senior Eli Thomas scored several times in the first half (seven- and nine-yard sprints to the end zone in the first quarter and a 25-yard pick-six just before the break to make it a 36-0 ballgame).

Thomas said it was good to get the win in his last game on the home field at River Valley.

Other touchdowns were scored on a fumble recovery in the end zone; an 11-yard pass from Ethan Lijewski to Ryder Wolnik; and one- and three-yard TD plunges by Wolnik.

Head coach Matt Johnson said it was probably the best overall defensive game the team has played this season.

“Our goal is to try and win out for the rest of the season,” he said.

The Red Arrow Raiders (4-3) will play the New Buffalo Homecoming game to cap of a week of festivities set for Oct. 17-21.

Senior quarterback Reid Haskins rolled for 451 yards on 13 carries with seven touchdowns. He also completed four-of-five passes for 83 yards and a touchdown.

Clark Smith ran for 74 yards on three carries with a TD. Also scoring touchdowns were Alec MacMartin (two – one on the ground and the other via a 12-yard pass from Reid Haskins) and Christian Dinges.

Christian Dinges led a balanced defensive effort with seven tackles, one for a loss.