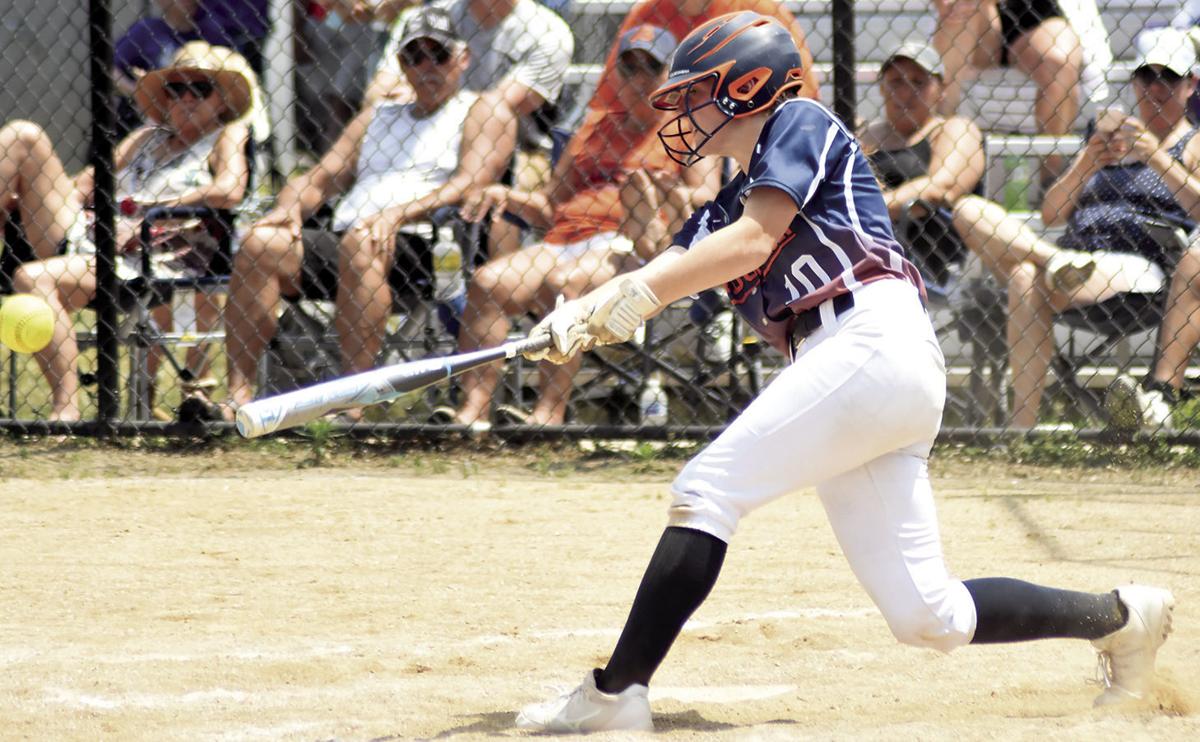 Kaylee Shuler puts the ball in play for Bridgman during the Saturday regional tournament in Decatur. 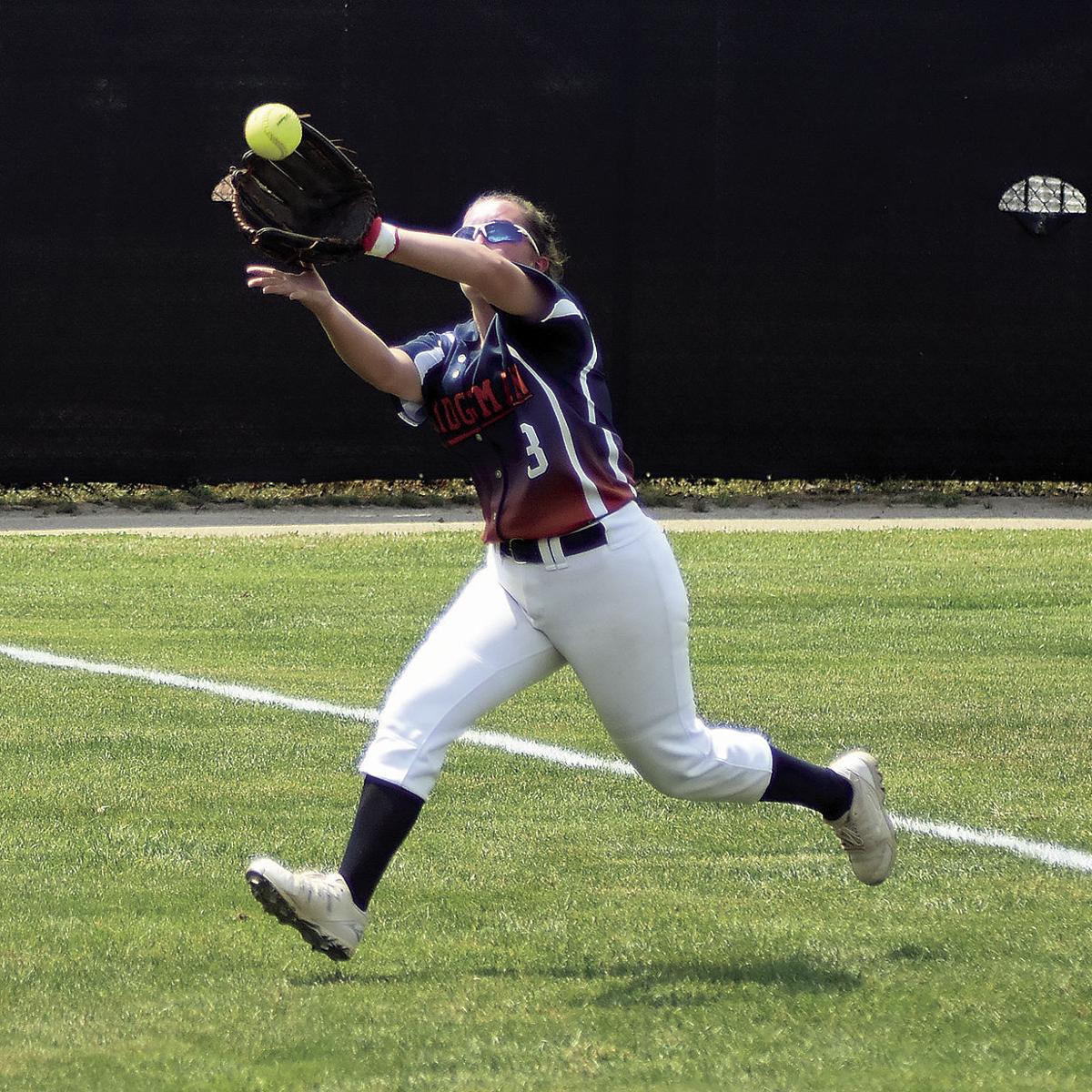 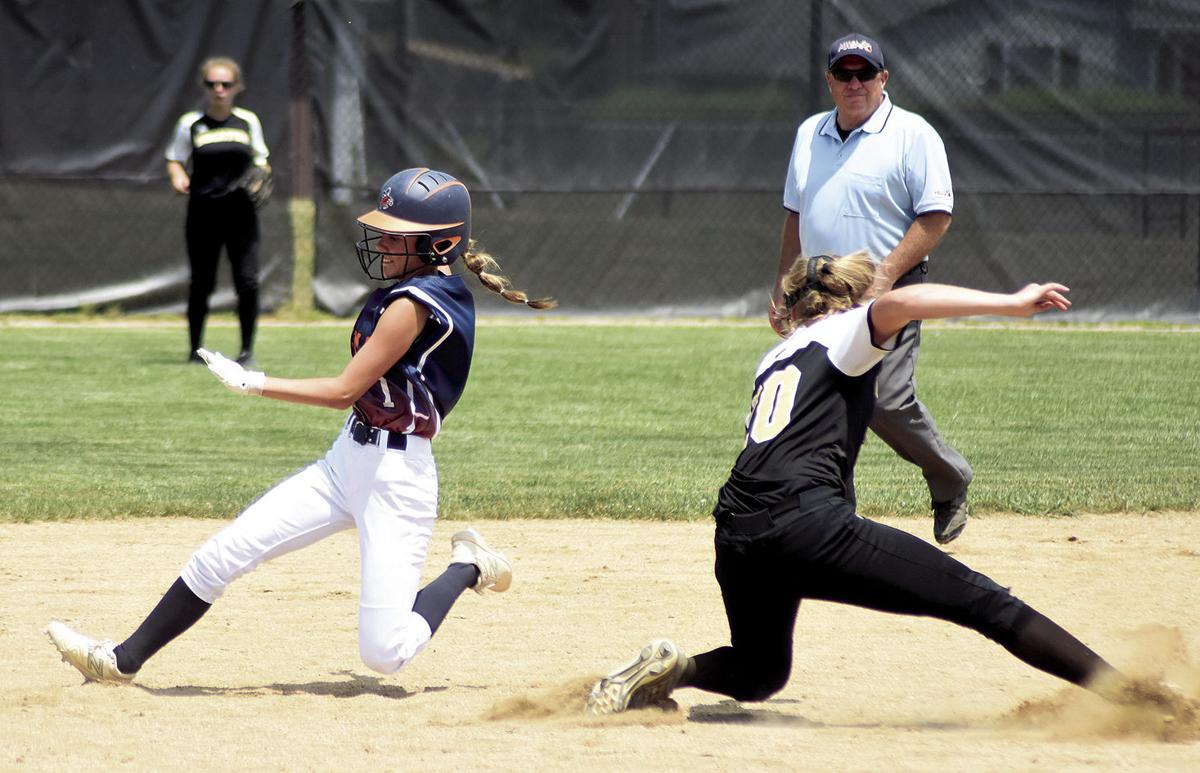 Bridgman’s Peyton Oman, at left, heads for second base during a Saturday regional semifinal contest with Decatur. 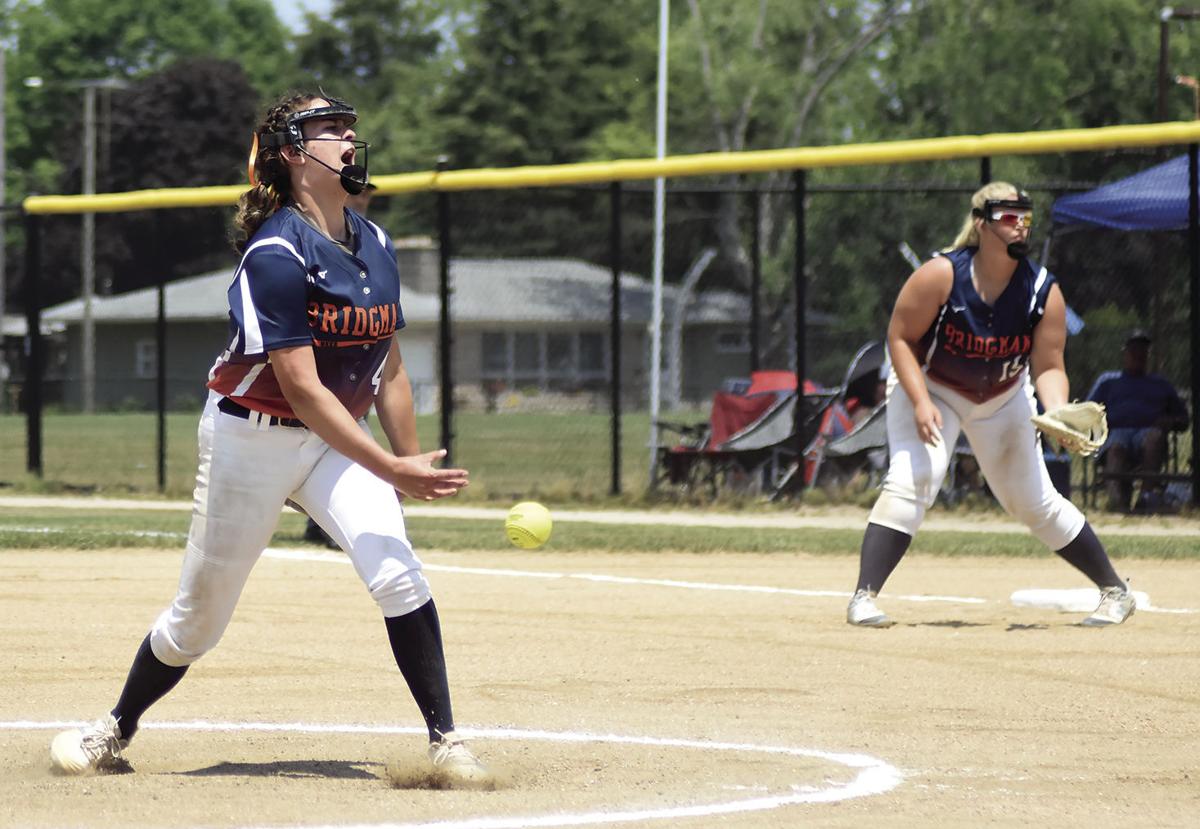 Natalee McNeil pitches for the Bees during regionals. 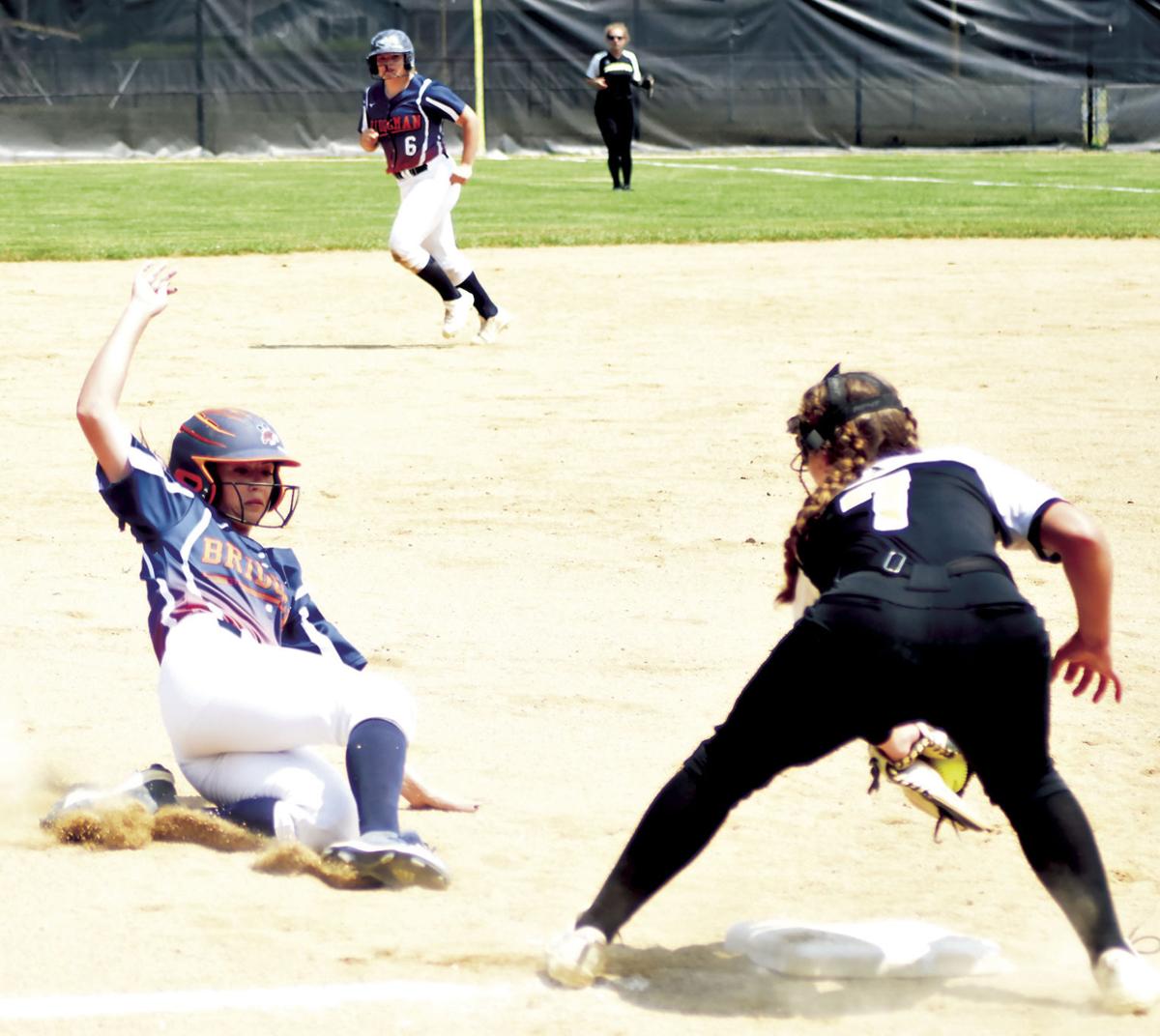 Bridgman’s Bella Gearhart, at left, slides toward third base while Breanna Franks of Decatur looks to apply the tag during a Saturday regional semifinal game. 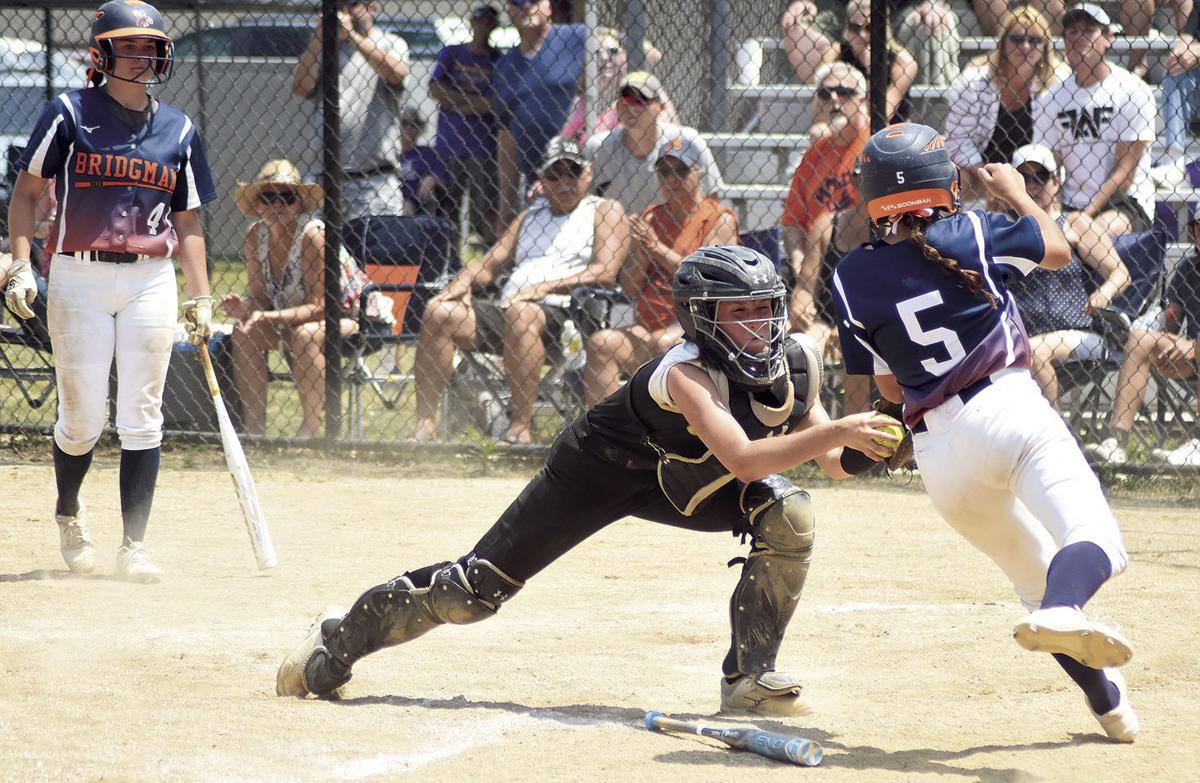 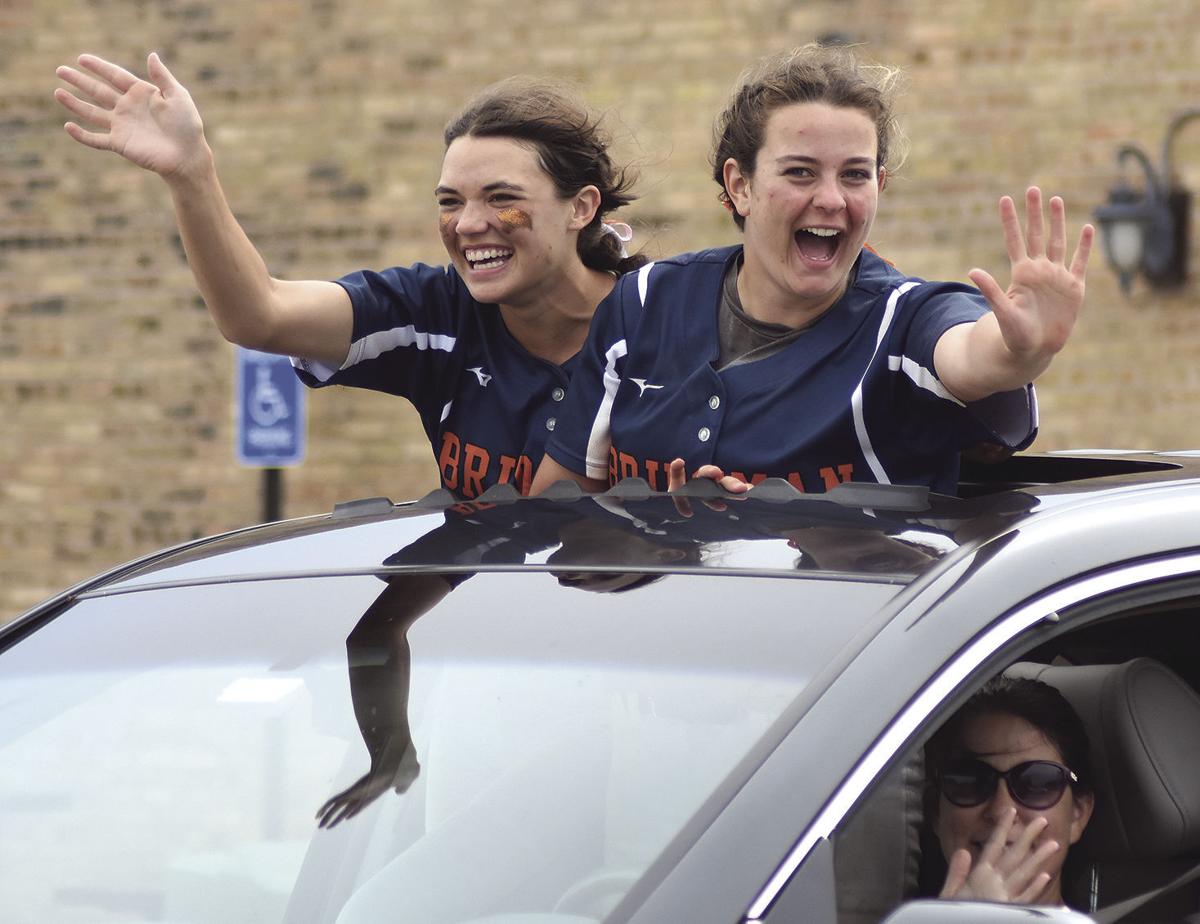 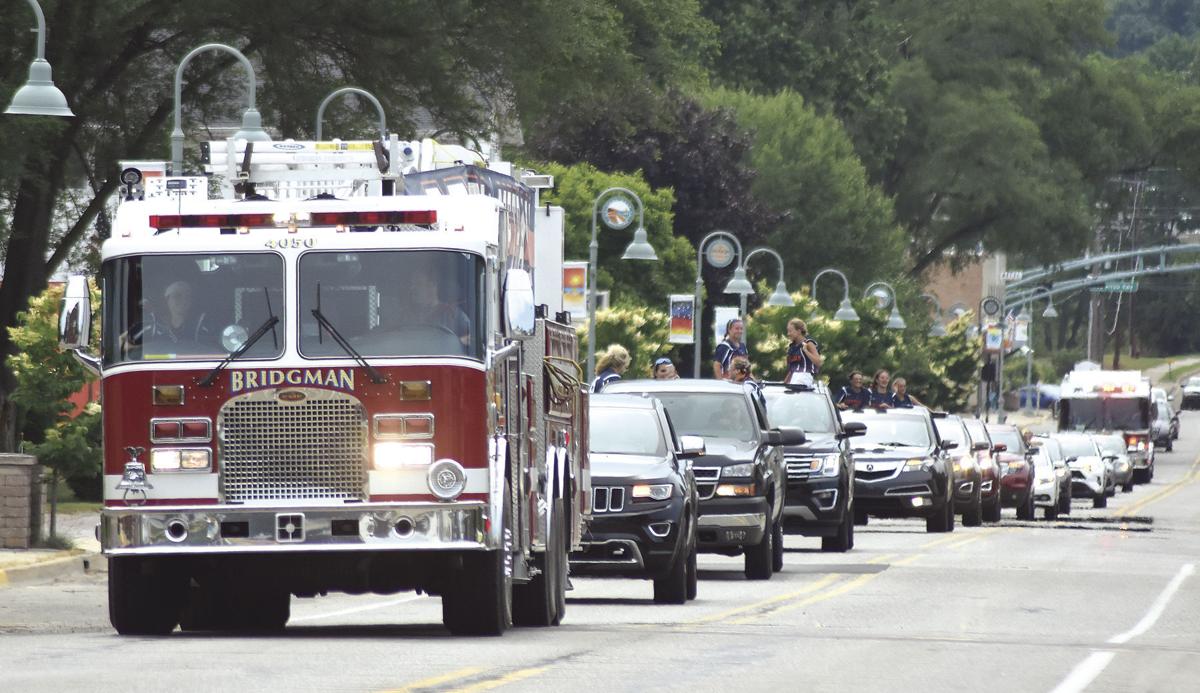 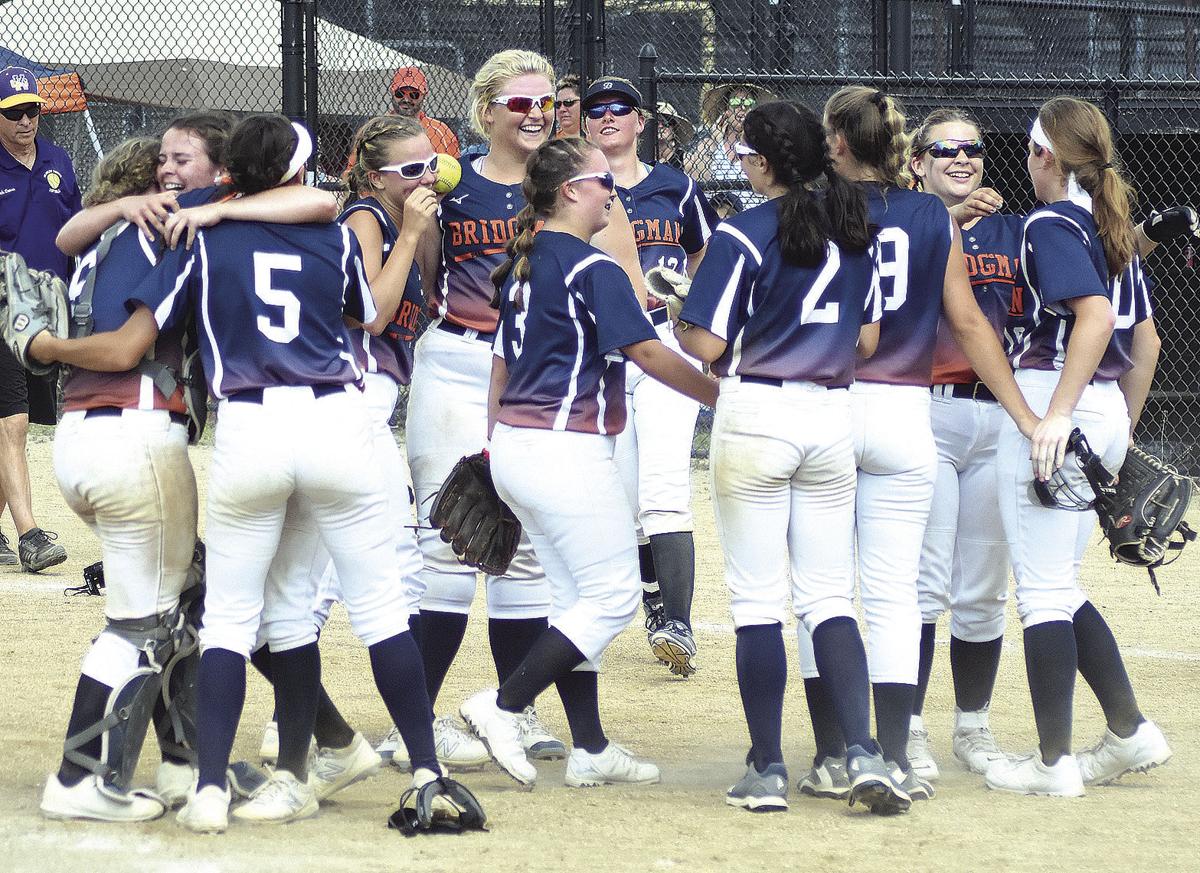 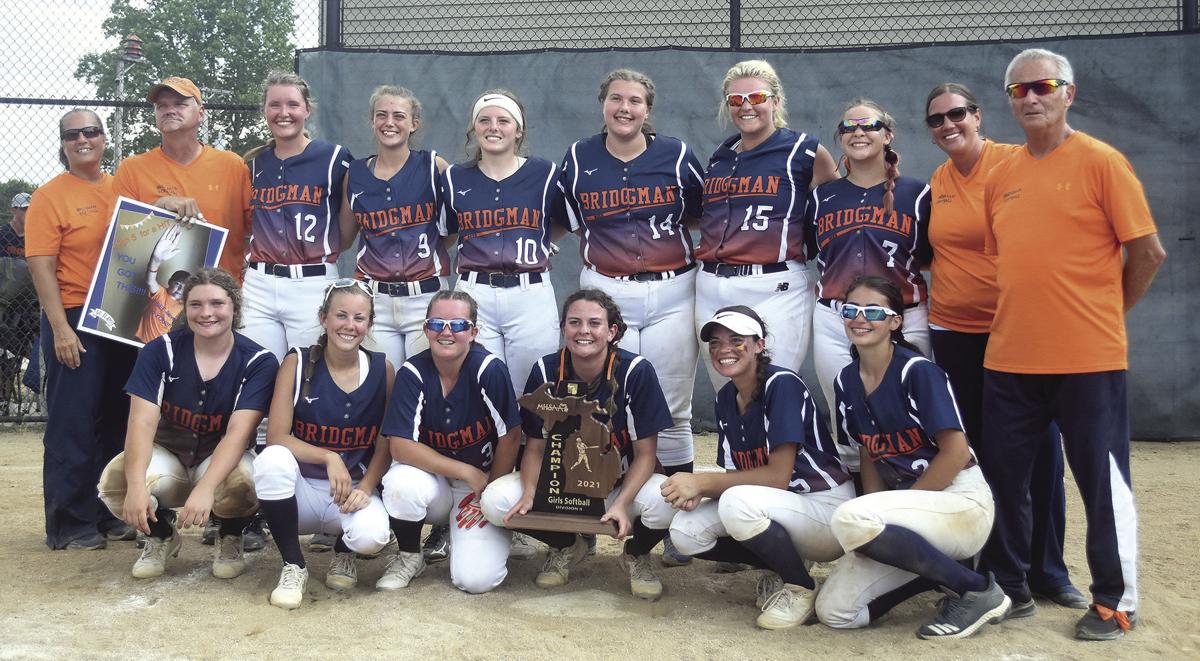 Photos by David Johnson
1 of 11

Kaylee Shuler puts the ball in play for Bridgman during the Saturday regional tournament in Decatur.

Bridgman’s Peyton Oman, at left, heads for second base during a Saturday regional semifinal contest with Decatur.

Natalee McNeil pitches for the Bees during regionals.

Bridgman’s Bella Gearhart, at left, slides toward third base while Breanna Franks of Decatur looks to apply the tag during a Saturday regional semifinal game.

DECATUR — The Bridgman High School softball team claimed the program’s first regional championship since 1994 on Saturday, June 12, with a 5-1 victory over Kalamazoo Christian.

Head coach Elaine Starbuck said going in she thought the team that put the ball in play the most would prevail, noting that everyone in the Bee line-up from 1 through 9 contributes.

“They are a team all the way through,” she said.

The game was scoreless until the bottom of the third when Bridgman’s Bri Russell was hit by a pitch from Comet hurler Zoe Hazelhoff, Elise Schmaltz singled, and an Arie Hackett hit filled the bases. A two-out rally began with Natalee McNeil’s run-scoring single to right field and concluded with a two-run shot to the gap between right and center field by Hannah Johnson (batting with two strikes in the book).

“I just shortened up my swing, focused on making contact, and it went in the right-center gap,” Johnson said. “I ran to one, watched the two runs go in, and I was just so hyped.”

The Comets threatened Bridgman’s 3-0 advantage in their half of the fourth as Nyla de Jong reached on an error, Mackenzie Ash singled, and Aubrey Herder walked to load the bases with no outs.

After Hazelhoff drew a base on balls to put Kalamazoo Christian on the scoreboard, McNeil was able to induce Reagan Broekhuizen to foul out before striking out Maegen Meldrum and Morgan Shepperly to keep the margin at 3-1.

McNeil gave much of the credit for working out of the jam to Bridgman catcher Emme Slavens.

“Emme has one a great job this whole season, and I wouldn’t want to throw to anybody else knowing that when I’m throwing she’s going to catch it, she’s going to frame it to get a strike call,” she said. “

“We always stayed up,” said Slavens. “Our infield was behind us all the time, me and Nat … were going at it like 110-million percent. We just left it all out in the field.”

The Bees filled the basepaths with no outs in the bottom of the fourth as Slavens walked, Russell’s bunt left Hazelhoff on the ground with no play, and Schmaltz looked at ball four.

Hazelhoff and the Comet defense got out of the jam with three straight outs including a force at home plate to stay within two runs of the lead.

Neither pitcher would yield much more (left fielder Bri Russell made a running catch in foul territory to help squelch a sixth-inning threat by the Comets) until the Bridgman half of the sixth when another two-out surge provided a pair of insurance runs.

A lead-off bunt by Russell that yielded an errant toss to first and (two outs later ) Hackett’s single over the shortstop’s glove preceded a two-run hit to left field by Kaylee Shuler to open up a 5-1 chasm.

‘It felt really good to be there for my team,” Shuler said. “It gave us some wiggle room for that final inning.”

McNeil, Bridgman’s lone senior, worked a 1-2-3 seventh, with third baseman Haylee Kanous capping a stellar defensive day with a throw across the diamond to seal the deal.

“You’ve got to stay up on your toes all the time — never give up,” Kanous said.

McNeil ended up scattering three hits while striking out eight and walking two.

Bridgman reached the regional final with a 10-0, five-inning victory over host Decatur, while Kalamazoo Christian (the defending 2019 regional champion and Division 4 state runner-up) topped Mendon 8-2 in the other semifinal.

Decatur loaded the bases with no outs in the top of the second inning before McNeil relieved Johnson and struck out three straight batters.

The Bees scored three times in their half of the second as Bella Gearhart led off with a single, Slavens walked, Russell drew a one-out base on balls, Peyton Oman drove in the game’s first run with a two-out single up up the middle, and Hackett’s hit to right field brought in two more.

In the bottom of the third Shuler led off with a shot through the third baseman’s glove, and McNeil stroked a run-scoring double for a 4-0 lead.

In the Bridgman fourth Hackett had a two-out single, Shuler’s shot to third yielded no throw, and McNeil’s deep fly ball bounced out of the center fielder’s glove to bring in two runs, upping the margin to 6-0.

The Bees scored four times in the fifth frame to end the game early. Gearhart and Slavens walked, Russell had an RBI out, Slavens scored on a passed ball, Oman singled, Hackett walked, and Shuler’s hit to left field drove in runs 9 and 10.

McNeil struck out seven and yielded one of the Raiders’ three hits in four innings of work.

The Bees (39-2) defeated Ottawa Lake Whiteford in a June 15 Division 4 quarterfinal contest to reach the “Final Four” state tournament (which takes place June 18 and 19 in East Lansing). For more, see article in Sports section of this website.