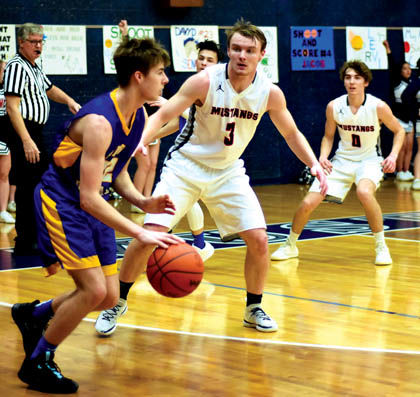 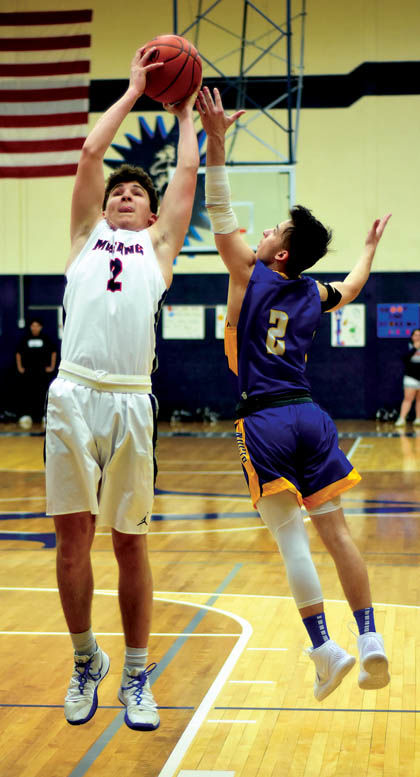 River Valley’s Lennon Lange and Kaden Parmley of New Buffalo elevate after the ball on Jan. 24. 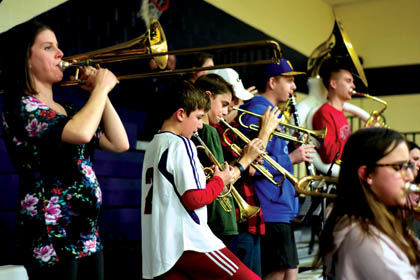 The River Valley Pep Band performs in the stands during a Friday, Jan 24, doubleheader between the Mustang and Bison boys and girls basketball teams.

Davyd Bronson puts up a shot for the Mustangs. 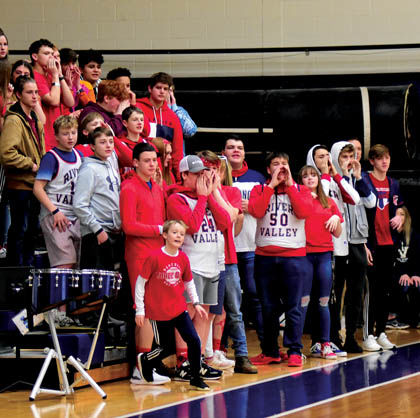 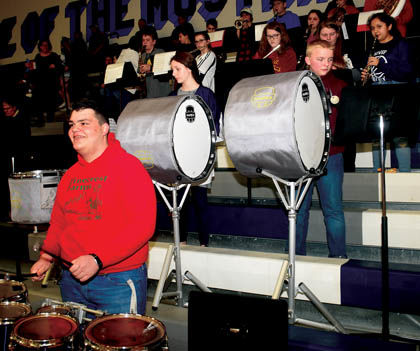 River Valley’s Lennon Lange and Kaden Parmley of New Buffalo elevate after the ball on Jan. 24.

The River Valley Pep Band performs in the stands during a Friday, Jan 24, doubleheader between the Mustang and Bison boys and girls basketball teams.

Davyd Bronson puts up a shot for the Mustangs.

Something had to give, and in the end it was the Mustang defense that didn’t — allowing only 27 points (just 3 of them in a decisive fourth quarter) to deliver a 42-27 win.

“We knew it was going to be a tough game coming in,” said River Valley coach Jason Heckathorn. “I thought our team defense was really strong from start to finish, I thought we controlled the boards, and I think those two things were key.”

It was a close, hard-fought contest most of the way.

Early three-point baskets by Anthony Lijewski and Ryan Vinson pushed the Bison on top 6-3. A late “3” from Wil Korbel left the home team trailing by a single point (9-8) at quarter’s end.

The Bison erased all but two points of that margin before half-time, with Nate Tripp Jr.’s three-pointer and Vinson’s scoring drive to the hoop leaving the score 18-16.

Consecutive baskets by Anthony Lijewski powered New Buffalo on top 20-18 in the early going of quarter number three, and scores from Vinson and Kaden Parmley maintained a 24-21 edge midway through the frame.

River Valley answered by scoring the last eight points of the third to lead 29-24. Korbel and Josh Seifert contributed field goals to the cause while Schmidt, Bronson and Schmidt chipped in at the free-throw line.

“We’ve been down before this season and we’ve persevered and come back,” Korbel later said. “We didn’t let anything get to us.”

The Mustangs began the final stanza on another 8-0 spree to build a commanding 37-24 advantage as Schmidt scored the first two points of the quarter and Bronson followed with a three-point shot.

Bronson said he doesn’t often shoot from three-point range, and as soon as he launched the shot he thought “coach is going to be so mad if I miss this.”

“But I made it and it all worked out well.”

From there the River Valley defense took over and only allowed three points.

After matching New Buffalo’s intensity in the first half, Schmidt said the Mustangs felt they had to “win that third quarter and take a little bit of momentum into the fourth.”

Vinson scored 9 points for the Bison while Anthony Lijewski added 7.