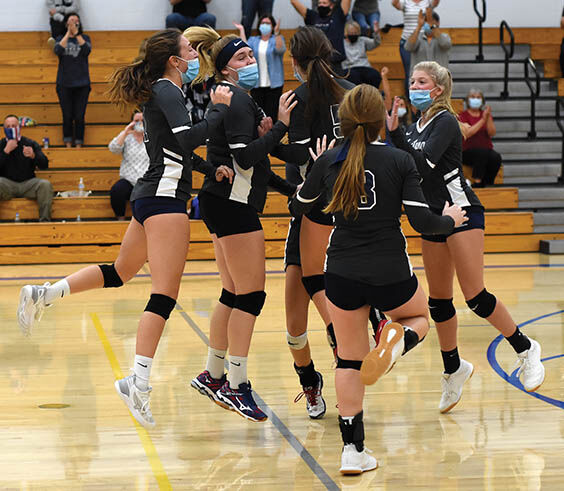 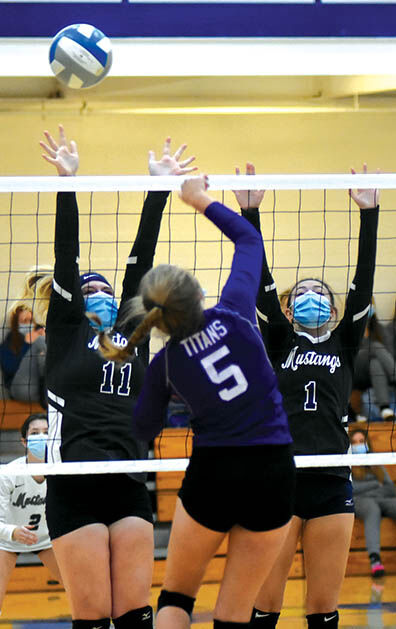 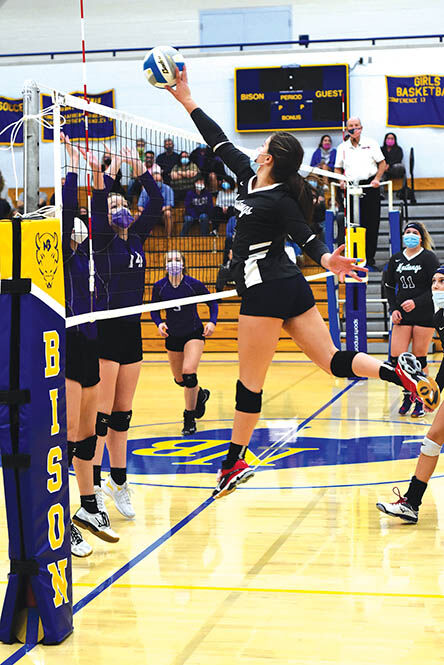 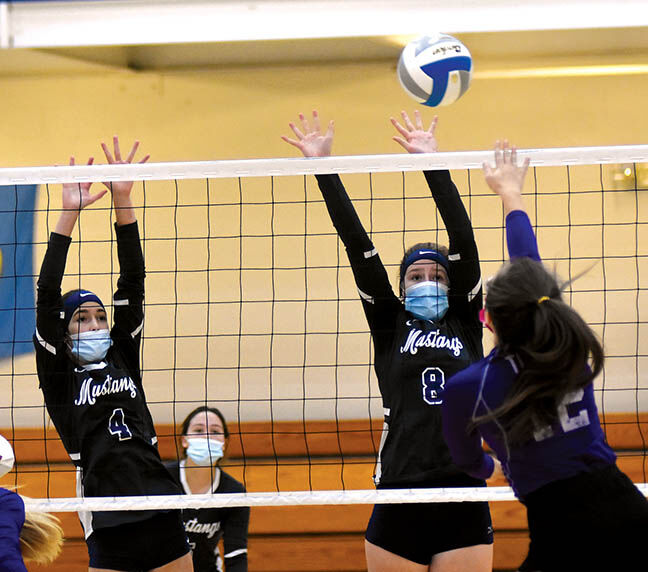 The Mustangs (9-9 after the win) broke free from an 11-all tie in the opening set as three Macey Springer attack kills and point-scoring tips from Taylor Volstorf and Natalyn Heckathorn helped propel RV on to victory.

The Titans (10-8) got strong play at the net from Brooke Gerlach, Hailey Conrad and Sophie Garcia in the second set before Abi Marquis aced three straight serves to finish the win.

River Valley built a 21-14 advantage in the third set as Springer, Heckathorn, Alexis McCarty and Hailey Hauch had spikes while Volstorf and McCarty served up aces. Springer’s ace serve accounted for the final point of the 25-21 victory.

The fourth contest was close all the way, with a McCarty ace and Heckathorn’s block pulling the Mustangs within three (21-18) before a Marquis kill propelled Michigan Lutheran toward a 25-18 triumph.

The fifth and final set (plays to 15 points) opened with attack kills from Springer, Kursten Smith and McCarty helping Valley open up a 7-4 lead. Spikes through the Titan defense by McCarty, Heckathorn and Springer along with a push to an open spot on the floor from Volstorf powered the Mustangs to a 14-7 advantage, and a lob by Springer and McCarty (who nearly collided on the play) fell to provide the final point.

“I feel that we came out playing really strong, and then we didn’t drop the energy — we just kept playing as hard as we could … We just played our best,” Springer said.

“We wanted it a little more, we knew we could beat them,” said RV head coach Heidi Michaels.

Less than a week earlier Michigan Lutheran bounced back from a first-set loss to top the Mustangs in a best-of-three semifinal match during the BCS White Division tournament.