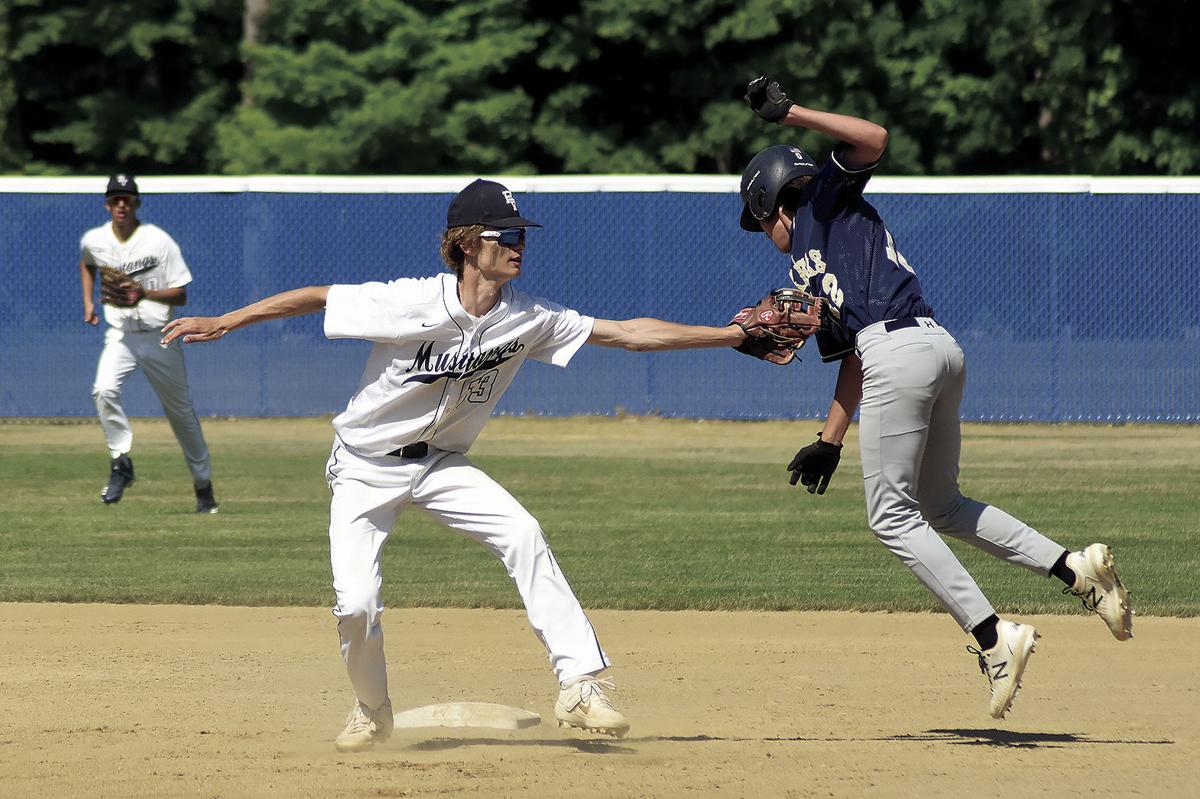 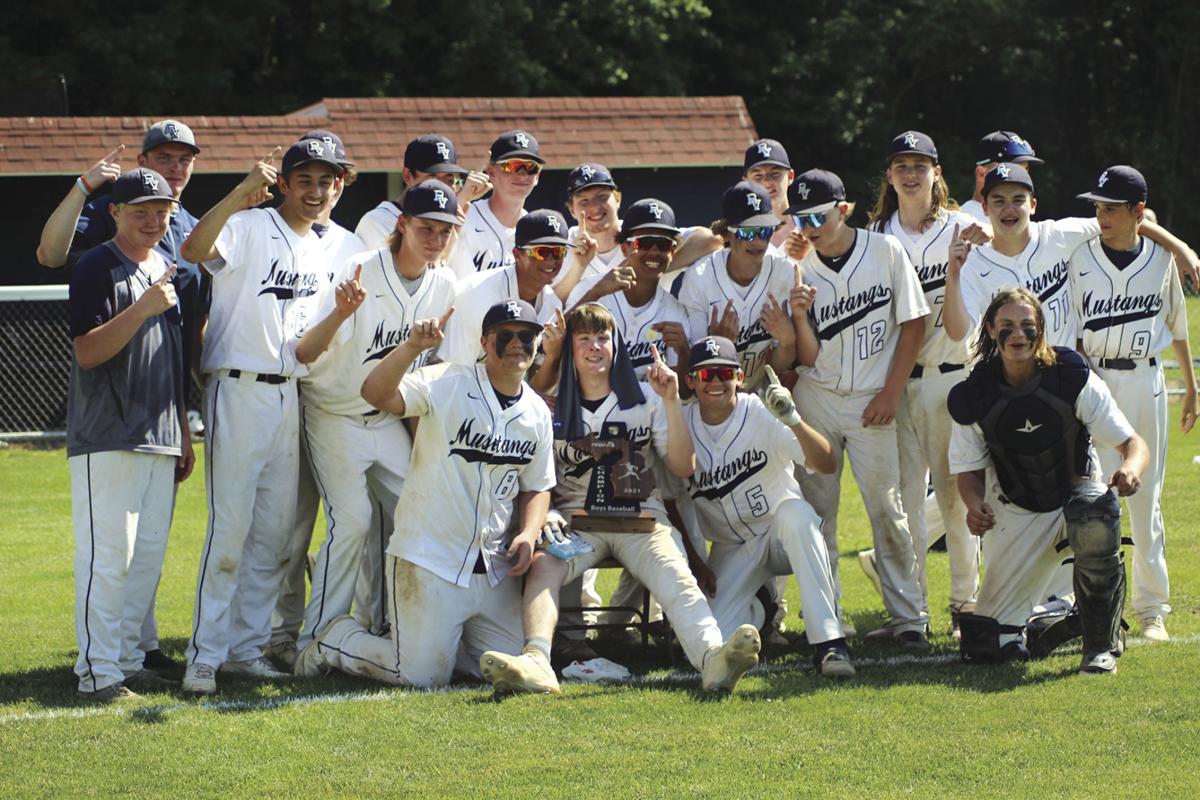 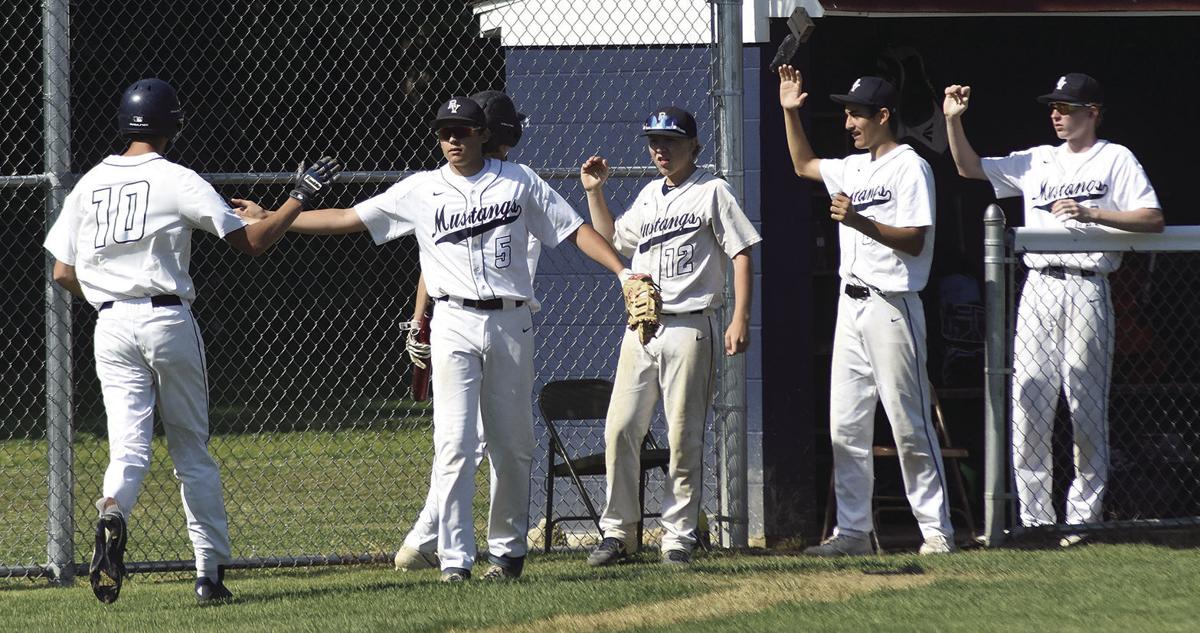 The Mustangs celebrate a run during the June 5 district semifinal game. 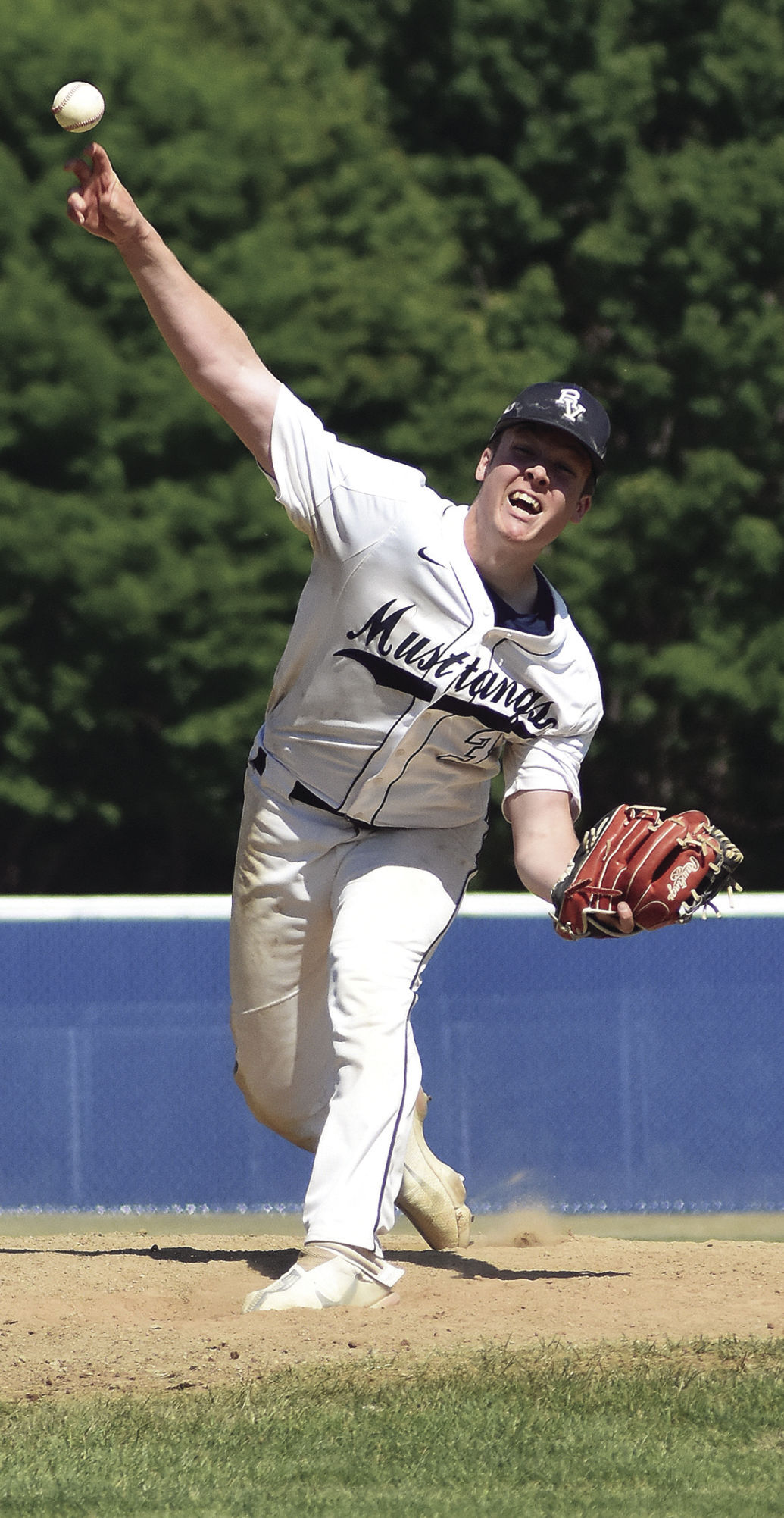 Gavyn Rogers pitches for RV in the district semifinal game.

The Mustangs celebrate a run during the June 5 district semifinal game.

Gavyn Rogers pitches for RV in the district semifinal game.

The host Mustangs bested Lake Michigan Catholic 9-3 in a semifinal contest before topping Michigan Lutheran 5-1 in the final.

“It was a lot of fun going back-to-back,” said senior Evan Strefling, who was part of the 2019 River Valley squad that also hoisted the district trophy (there was no 2020 season for a senior-laden Mustang squad).

“Would have tried going for a three-peat, but we didn’t get last year so we jut had to make it count while we had the chance,” Strefling said.

Gavyn Rogers had three of RV’s six hits in the district championship game on June 5. Ashton McNabb drove in a pair of runs with a sixth-inning double to help expand the lead for pitcher Ryder Wolnik (Valley had scored twice the second inning).

Wolnik scattered three hits and yielded just a second-inning run while striking out five. He also drove in a run against the Titans, who had taken two of three regular-season games from RV.

“Ryder Wolnik was awesome on the mound, Gavyn Rogers had three hits, it was a team effort,” Sokolowski said. “It would seem that we’re playing our best ball at the right time.”

Chris Israelite finished with four of RV’s six hits in the district semifinal contest with the Lakers, including a two-run single in the first inning. Rogers singled in a run in the third frame.

Michigan Lutheran beat New Buffalo 15-0 in the other June 5 semifinal.

The Mustangs totaled 11 hits, with Strefling collecting three of them. Ethan Izydorski and Wolnik each had two base hits.

River Valley bested Decatur 11-0 Wednesday, June 9, in a pre-regional contest. The Mustangs advance to a June 12 regional semifinal game in Decatur set for 10 a.m against Concord.