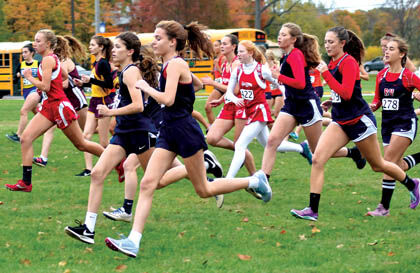 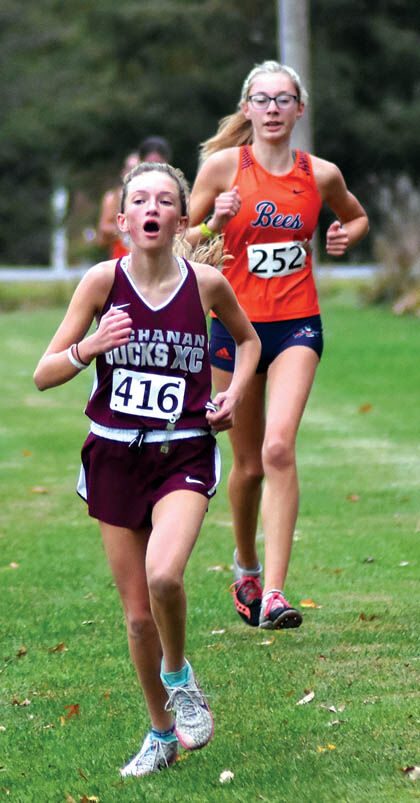 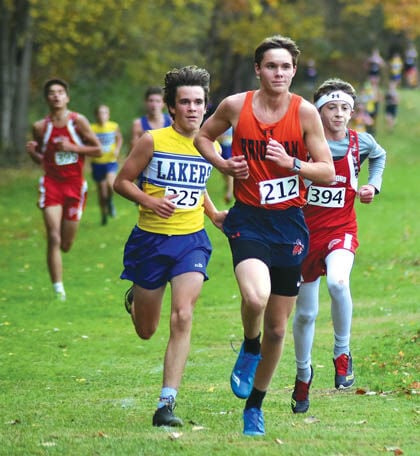 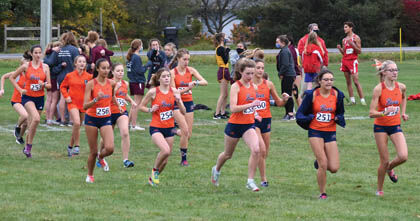 Members of the Bridgman High School girls cross country team warm up for the start of the Oct. 20 multi-team meet at River Valley. 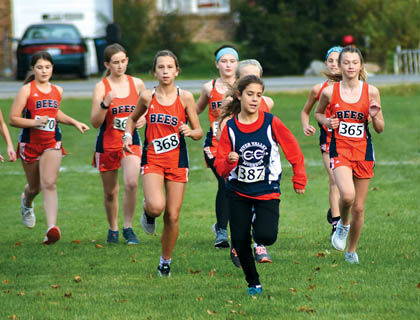 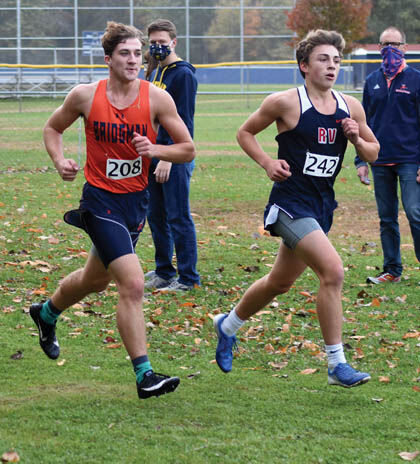 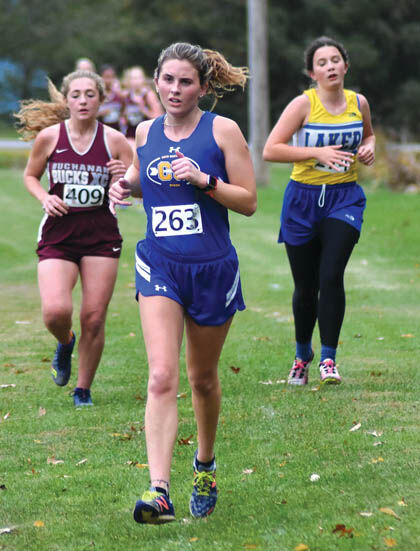 Members of the Bridgman High School girls cross country team warm up for the start of the Oct. 20 multi-team meet at River Valley.

The Division 4 defending state champion Lady Bees ran without their full team and placed eighth in a race won by Bloomingdale, with Coloma as a very close runner-up (both teams tallied 82 points).

The full Bridgman girls team placed second to Bloomingdale in an Oct. 24 pre-regional meet held in Watervliet. The Cardinals won with 42 points while the Bees tallied 59.

On the boys side River Valley finished fifth as a team at pre-regionals while Saugatuck took the top four spots in the boys run (Max Sharnas won in a time of 16:47.25) and tallied 20 points. Gobles, Lake Michigan Catholic and Martin took the next three spots to move on to regionals.

At the Oct. 31 regional meet in Allendale the Lady Mustangs placed 7th while Saugatuck (26 points) and Libertas Christian (92) took the top two spots to qualify for state.

On the boys side Barnes finished 20th for the Bison while Krieger placed 42nd for RV. Saugatuck was first in the team standings.

Bridgman, New Buffalo and River Valley all participated in an Oct. 20 pre-postseason invitational meet hosted by the Mustangs.

Bridgman's boys also were victorious, with Luke Blesy placing second to Walker Barz of the Bucks.