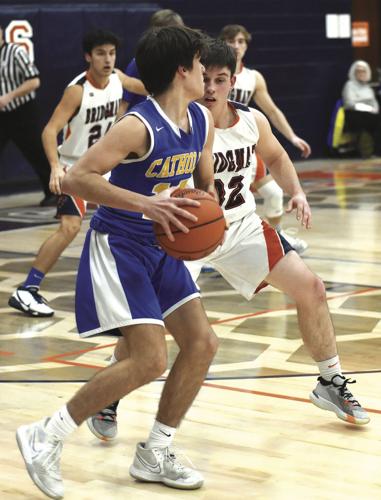 Jayce Warren launches a shot for Bridgman on Jan. 14. 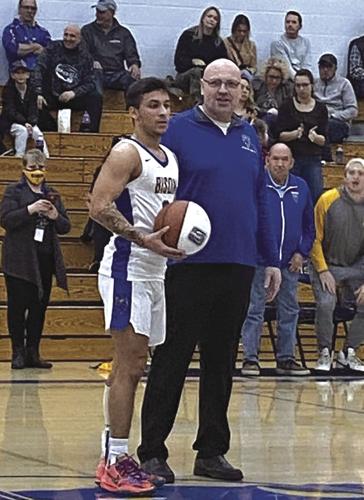 Kaden Parmley with New Buffalo coach Nate Tripp during a celebration of the senior’s 1,000th point on Jan. 14. 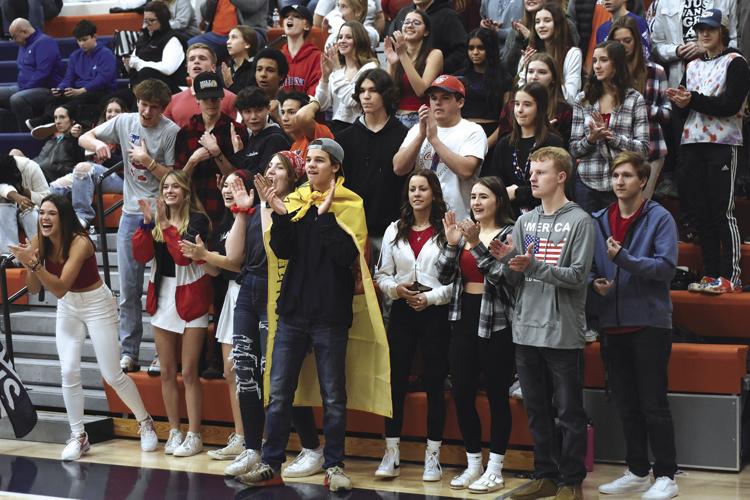 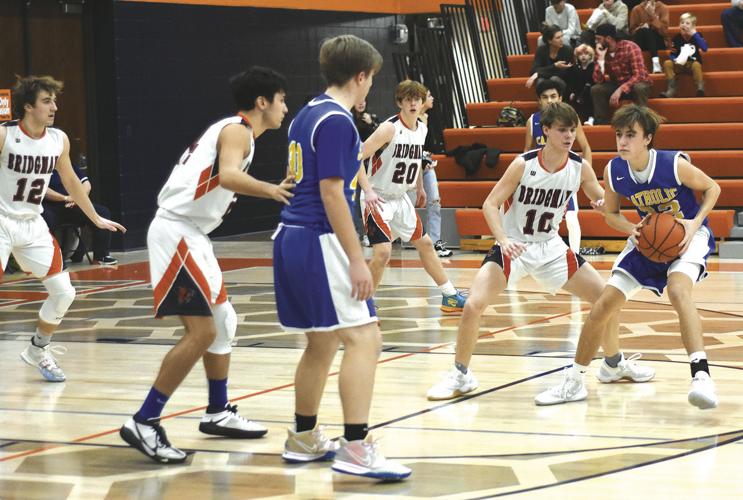 The Bridgman defense looks to shut down the Lakers on Jan. 14.

Jayce Warren launches a shot for Bridgman on Jan. 14.

Kaden Parmley with New Buffalo coach Nate Tripp during a celebration of the senior’s 1,000th point on Jan. 14.

The Bridgman defense looks to shut down the Lakers on Jan. 14.

BRIDGMAN — After trailing early on Jan. 14, the Bridgman varsity boys basketball team spent the rest of the evening pulling away from Lake Michigan Catholic.

The end result was a 70-35 BCS White Division victory.

The visiting Lakers were on top 12-11 at the end of quarter number one as Owen McLoughlin sank a a pair of three-pointers and totaled eight points during the opening frame.

Second-quarter three-point buckets by Riley Gloe, John Sanderson and Jayce Warren helped power the Bees out to a 30-22 half-time advantage. That lead grew to 36-23 as Warren and Gloe were again on target from the three-point zone early in the third period.

The “3’s” kept on coming, with Gloe and Sanderson each connecting before Warren knocked down long-range bombs to make it a 54-28 ball-game heading into the final frame.

“It was a good game for all of us,” said Gloe. “First home win, it felt really good.”

Bridgman out-scored the Lakers 16-7 in the fourth quarter (with another trey from Gloe and a crowd-pleasing three-pointer by Trey Heyn in the mix).

“I think we came out a little over-confident, and because of that over-confidence we struggled a little in the first quarter,” said Bridgman coach Mike Miller. “But I’m really proud of the guys, they showed some mental toughness … and we played a great three quarters after that.”

Parmley was honored during the game for becoming the fifth player in program history to exceed 1,000 points. Coach Nate Tripp said Parmley scored his 1,000th point against River Valley on Jan. 10, but the milestone was recognized on Jan. 14 as stats were not updated for the RV game in time to organize a proper celebration.

“The 2020-21 season was a shortened season, so considering that, Kaden’s accomplishment is quite remarkable,” Tripp said.