You have permission to edit this article.
Edit
Home
News
Features
Sports
Photo Galleries
Opinion
Obituaries
Community
Classifieds
Jobs
How Do I?
1 of 14 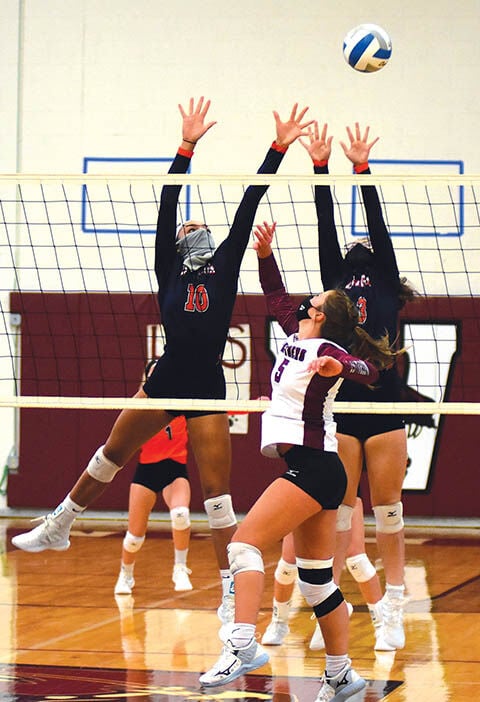 Bridgman defenders Takiya Cornelius (left) and Bella Gearhart (right) reach for the ball after Watervliet’s Grace Chisek lofted it over the net. 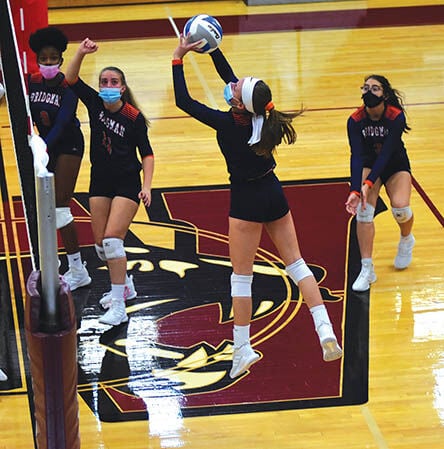 Peyton Oman pushes the volleyball toward the Brandywine side of the court on Nov. 4. 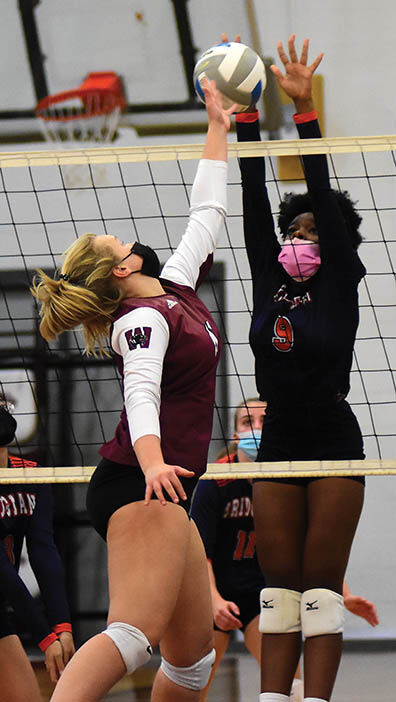 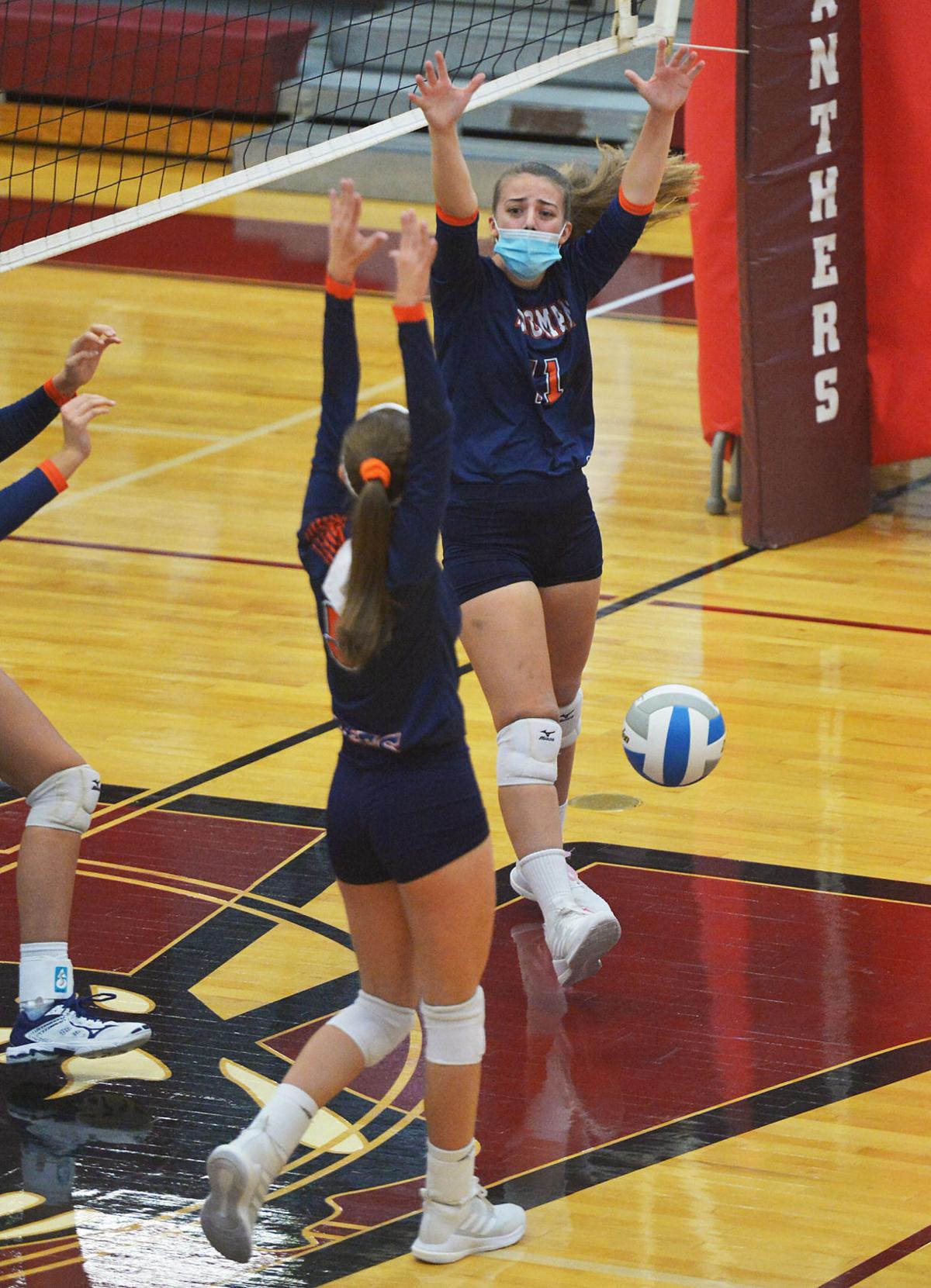 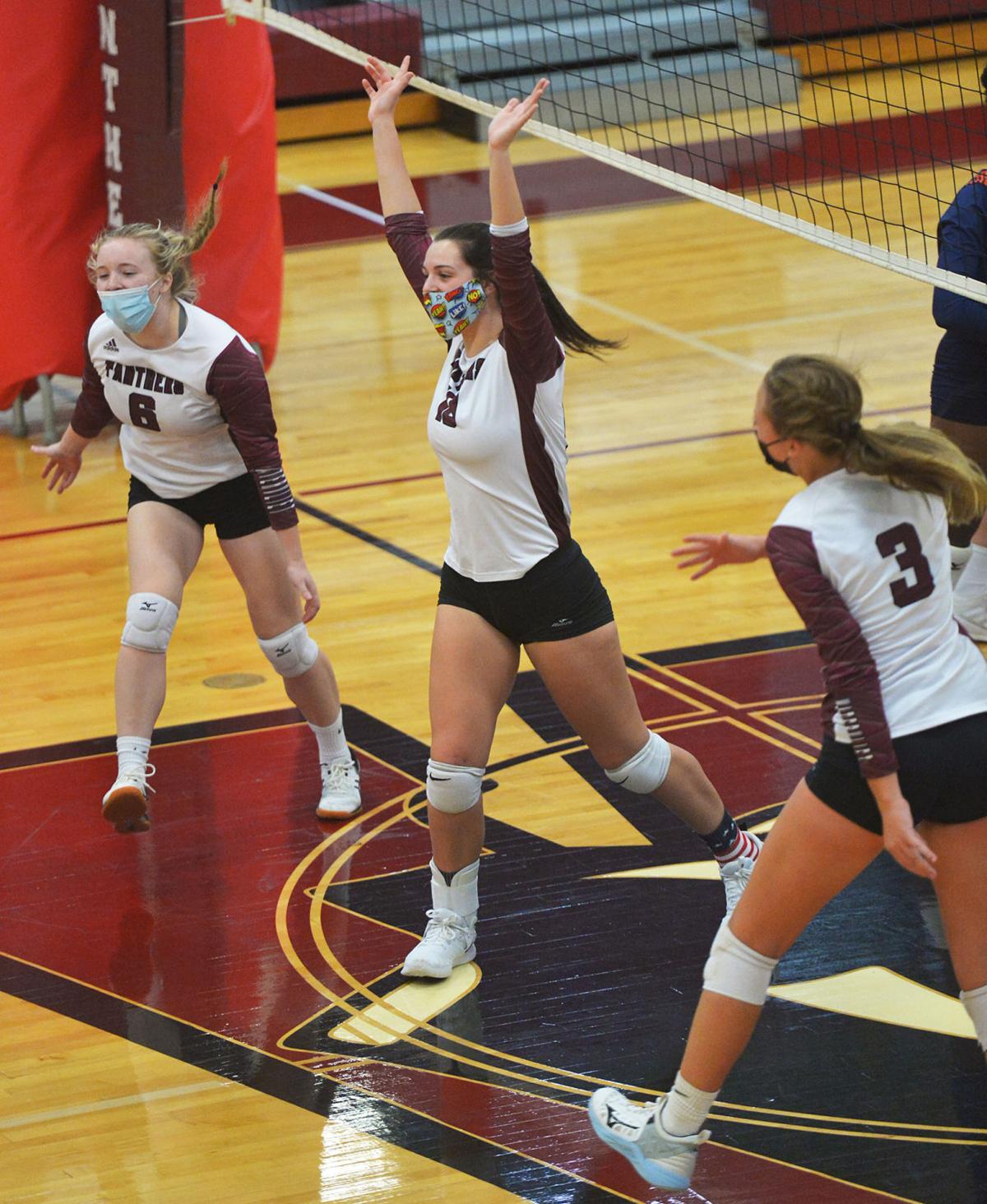 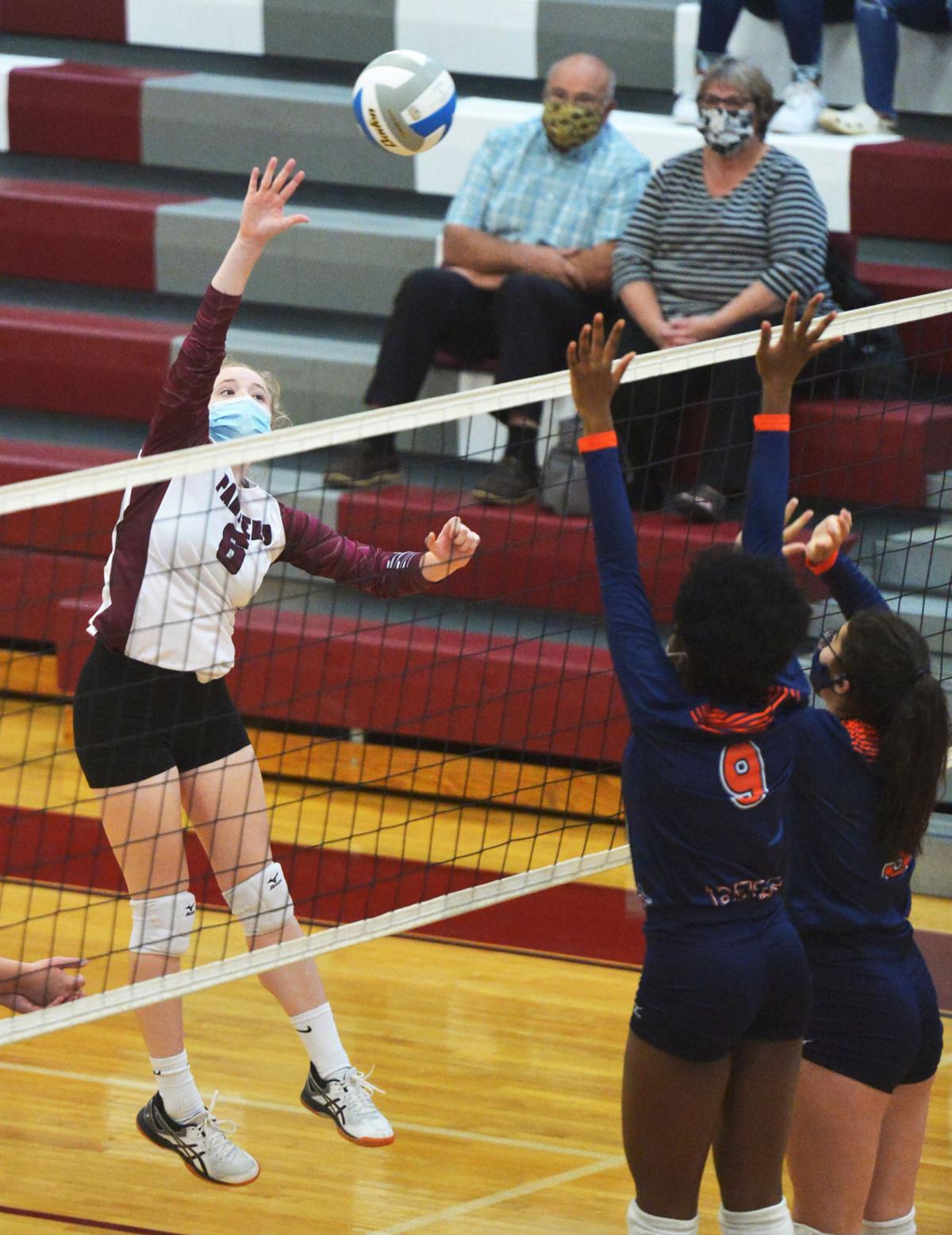 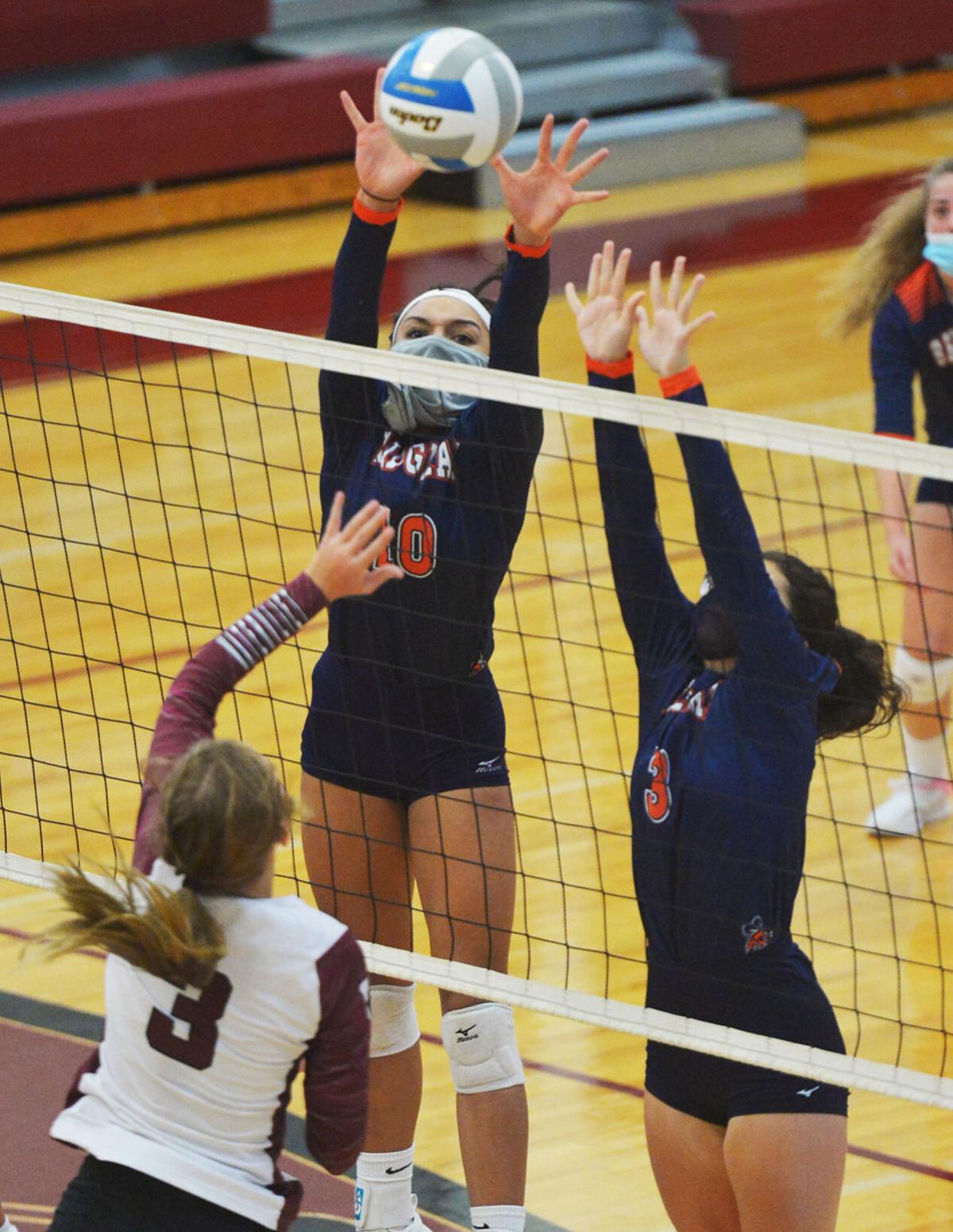 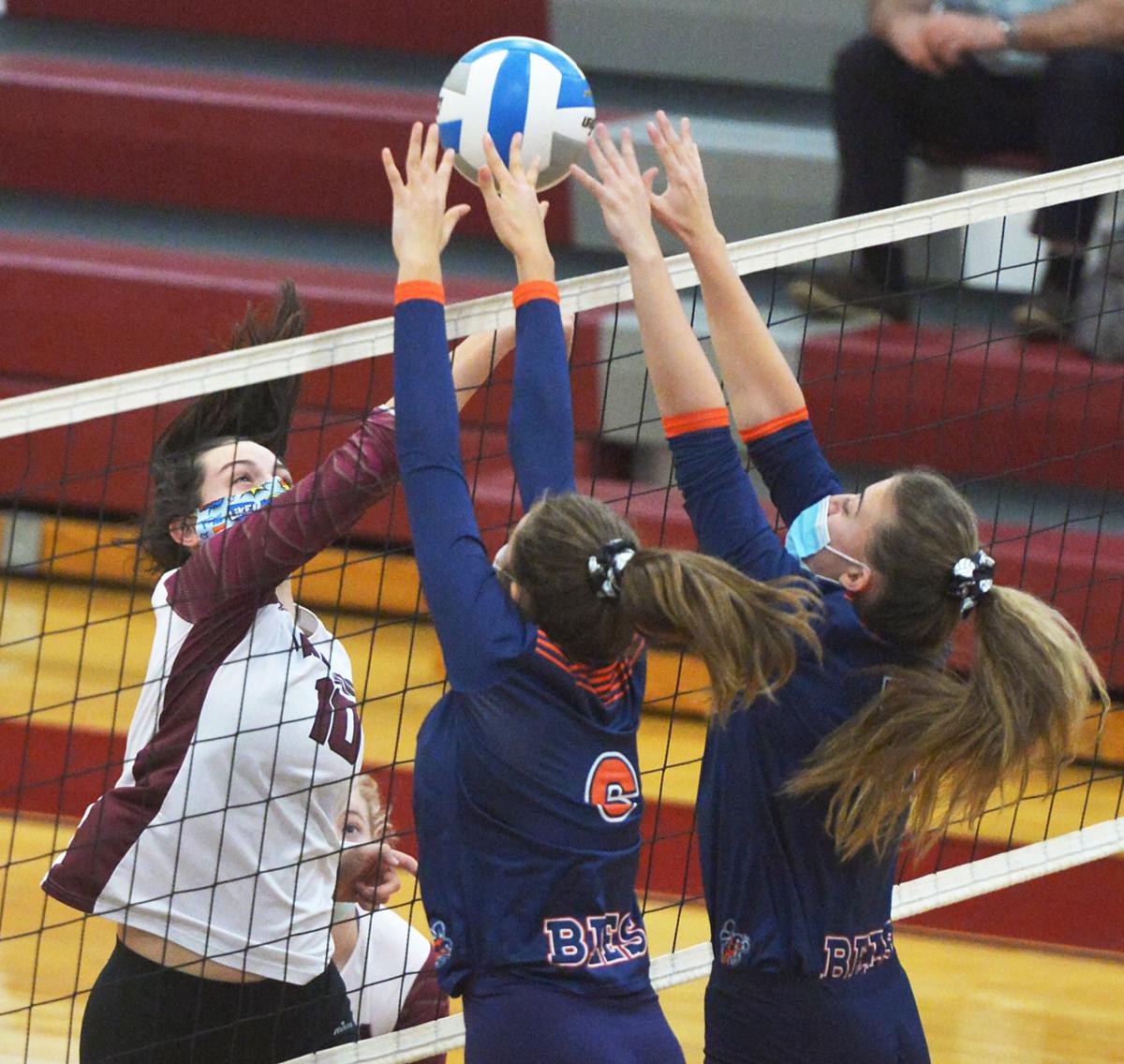 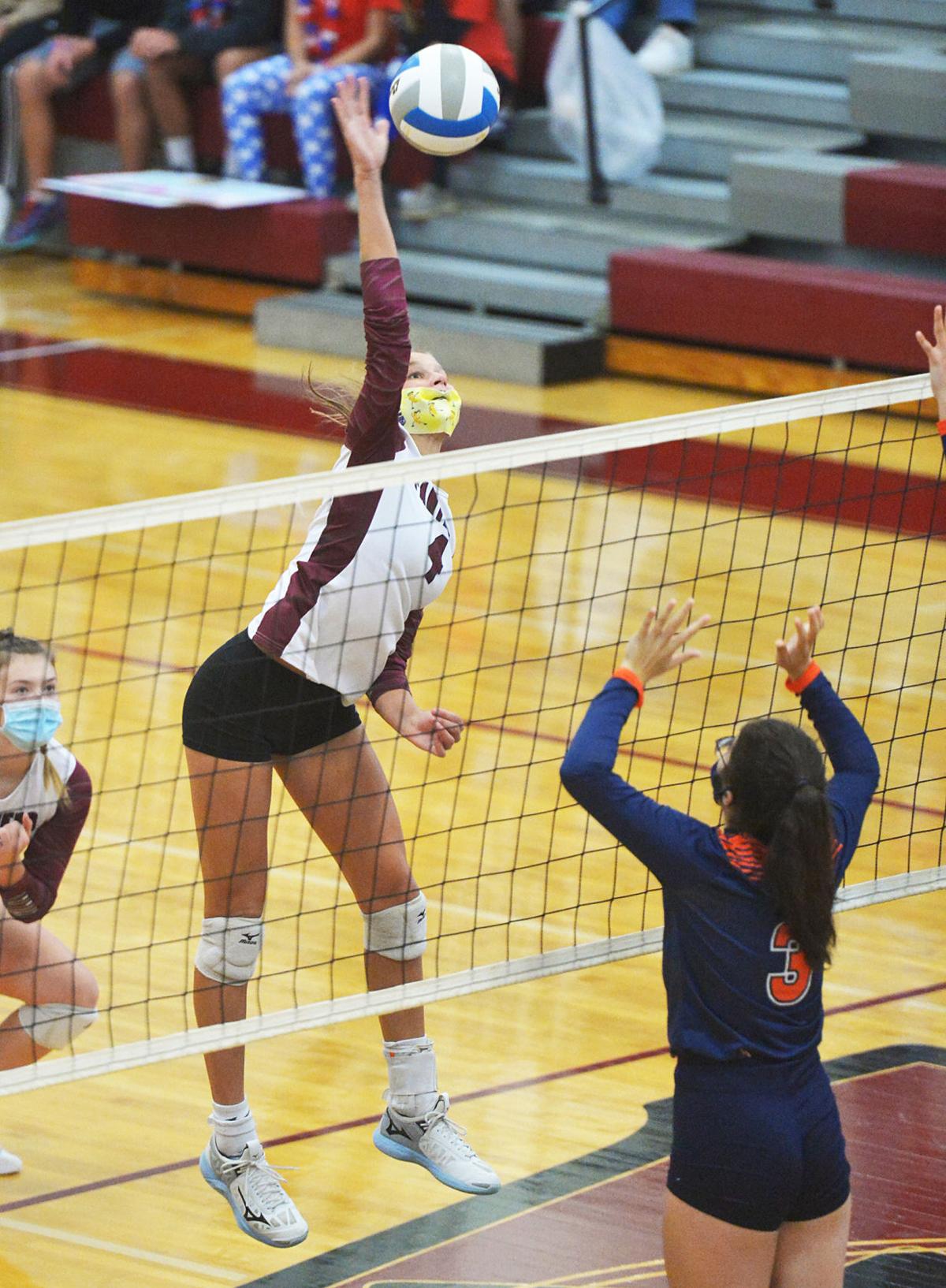 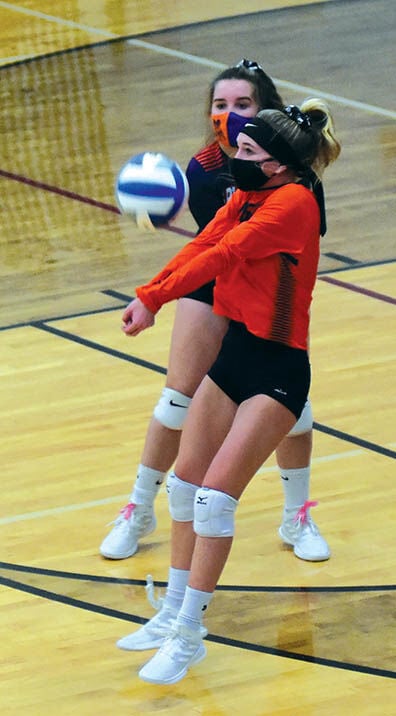 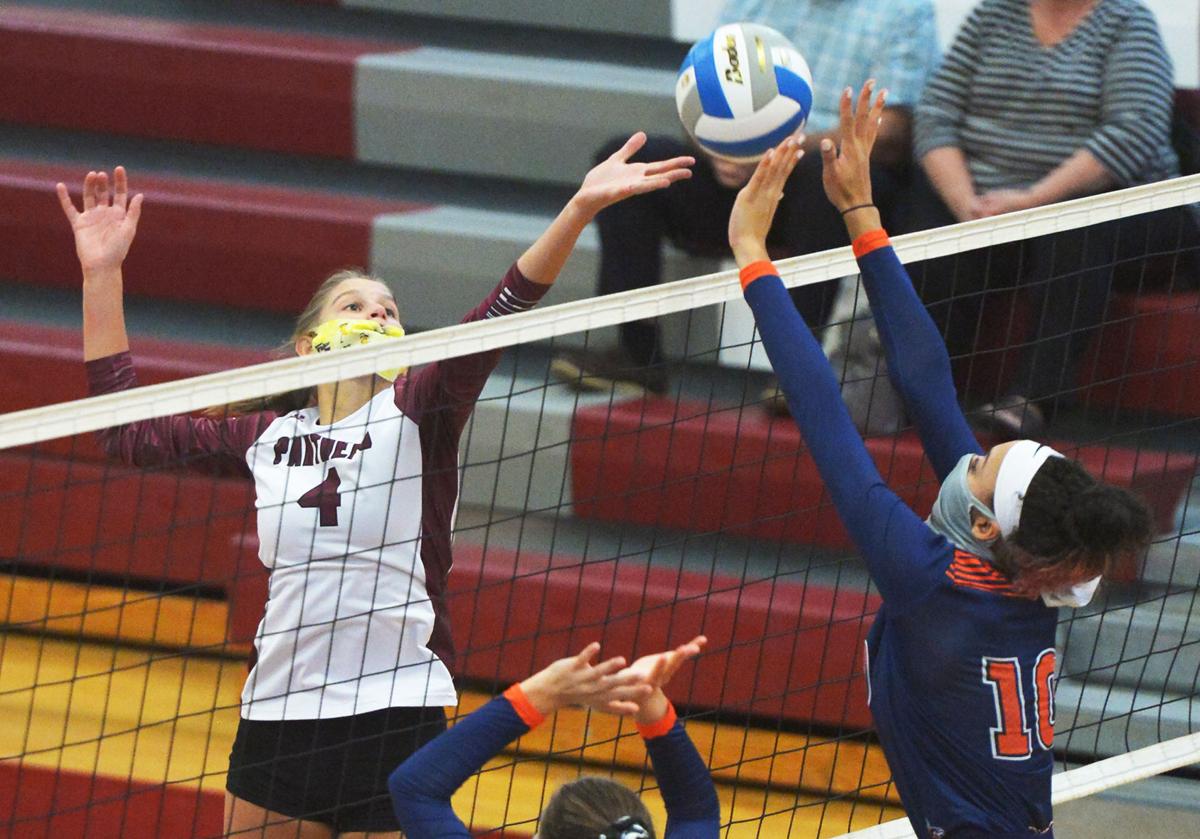 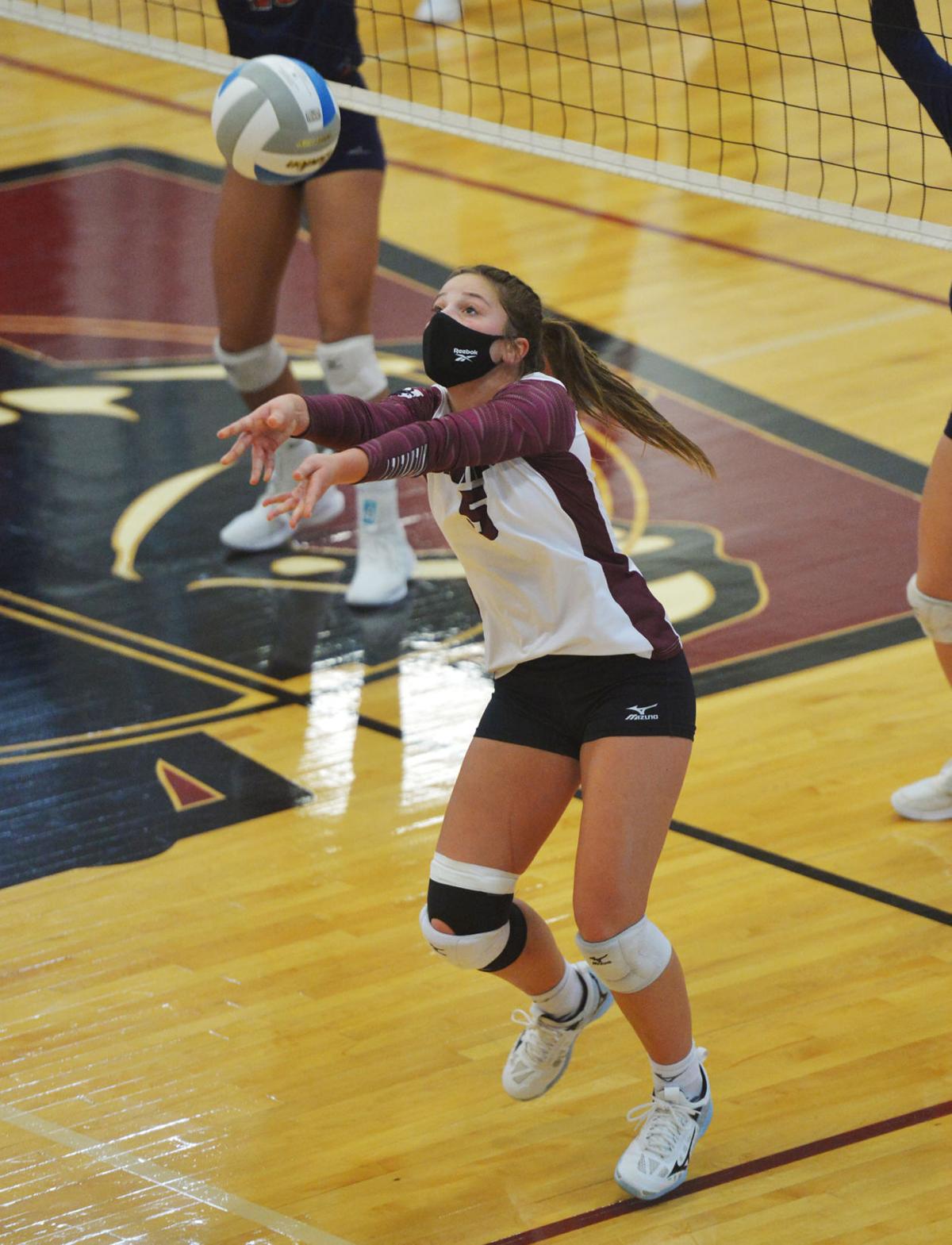 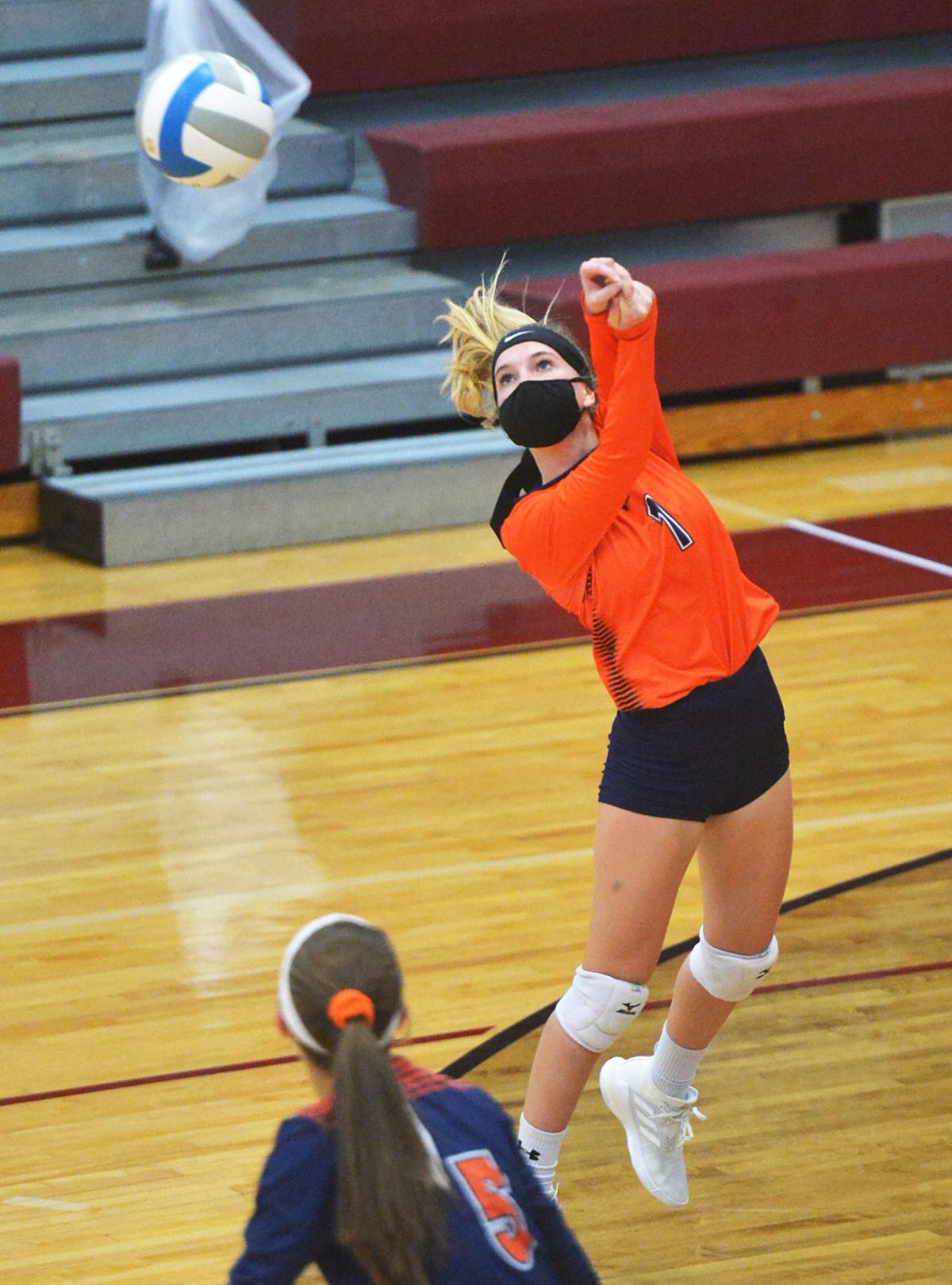 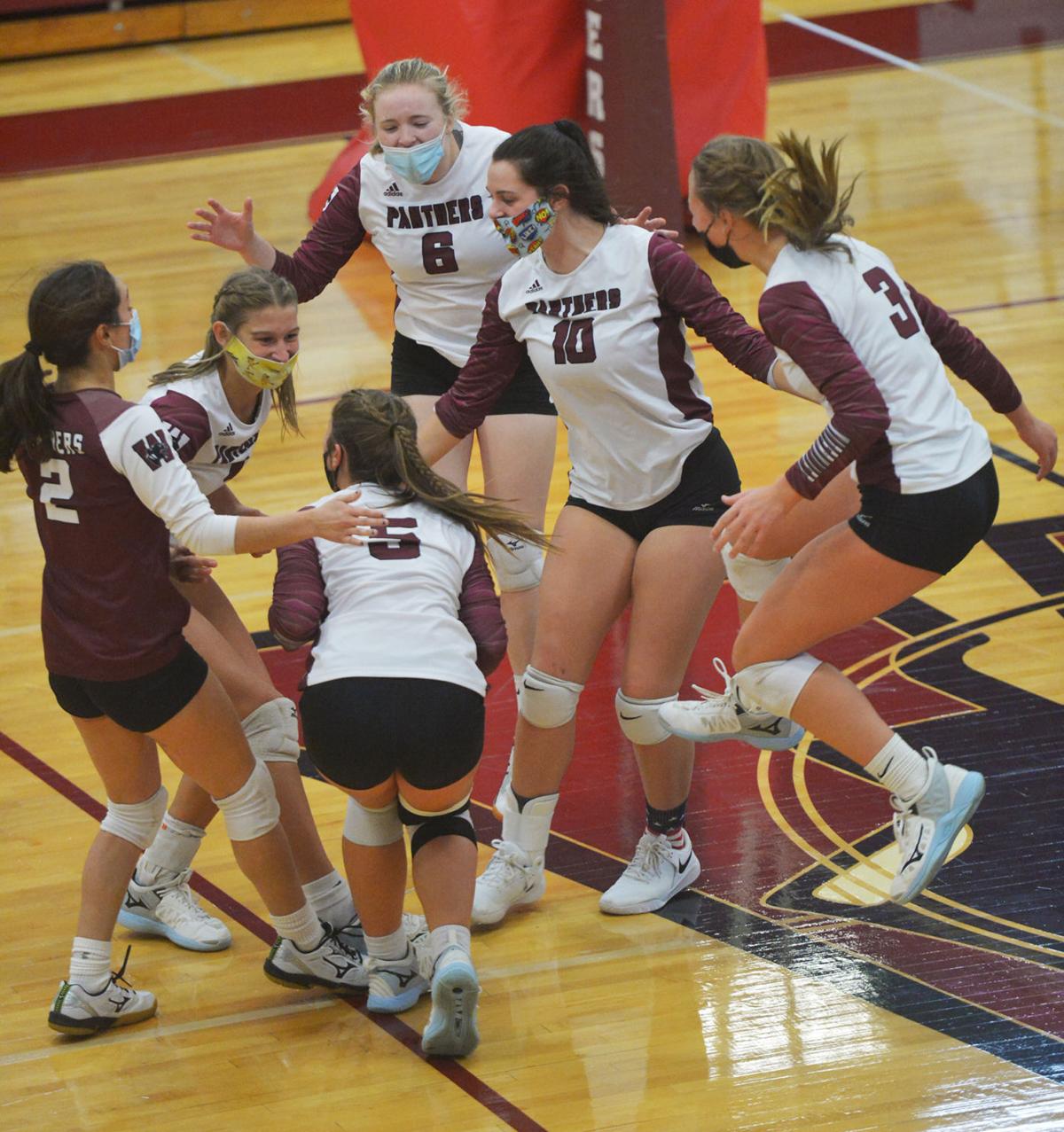 Bridgman defenders Takiya Cornelius (left) and Bella Gearhart (right) reach for the ball after Watervliet’s Grace Chisek lofted it over the net.

Peyton Oman pushes the volleyball toward the Brandywine side of the court on Nov. 4.

WATERVLIET — Watervliet was the more consistent of a pair of very young volleyball teams in a Nov 4 Division 3 district semifinal.

The Panthers defeated Bridgman 25-23, 25-16, 22-25, 25-20. Brandywine, the defending district champ, picked up a forfeit victory over Cassopolis in the other semifinal.

“The key for us was playing consistent,” Watervliet coach Edie Daugherty said.

Most of the games were close throughout. Bridgman held a 22-17 lead late in the first game, but Watervliet took eight of the final nine points. Freshman Tia Caldwell served up two aces during the run, and sophomore Samantha Dietz finished the game off with a kill from the back row.

“Watervliet is a very good team,” Bridgman coach Jim Ragosta said. “They can pose a lot of problems for different teams.

“That first game, we’ve got to finish out. That’s a big momentum shift. We couldn’t get those last three points and they came back, and that’s really tough.”

The second game was close until Watervliet rattled off eight straight points that grew its lead to 22-12. Panthers freshman setter Grace Chisek had four aces in this stretch, and Dietz had three kills.

Bridgman (13-15) slowly took control of the third game, getting strong performances from sophomore hitters Peyton Oman and Takiya Cornelius. Both players finished with 15 kills, and Oman also had 34 digs.

The Bees only lead of the final game was 1-0. They closed their deficit to 20-19 late, but Watervliet then scored four straight points to pull away. Dietz and freshman Natalie Hart were strong offensively in the final set. “In the third game, we just didn’t capitalize,” Daugherty said. “We made a lot of errors that gave (Bridgman) points. The fourth game we really focused on capitalizing on what we were doing on our side and making those adjustments.

“(Bridgman is) a young team too, which is great. They’re nice and competitive They play a lot like we do, so that made it a lot of fun.”

Bridgman can return its entire roster next season as it played without any seniors.

Watervliet (15-8) looked like it might be on its way to a Division 3 district volleyball title after a dominant second game on Nov. 5.

“My girls competed,” Watervliet coach Edie Daugherty said. “Playing at the district level was new to well over half my team. I think that played a part. They have the older leadership that can calm the team and be ready to go.”

Brandywine (13-4) advanced to face Kalamazoo Christian on Tuesday, Nov. 10, in a regional semifinal at Bridgman.